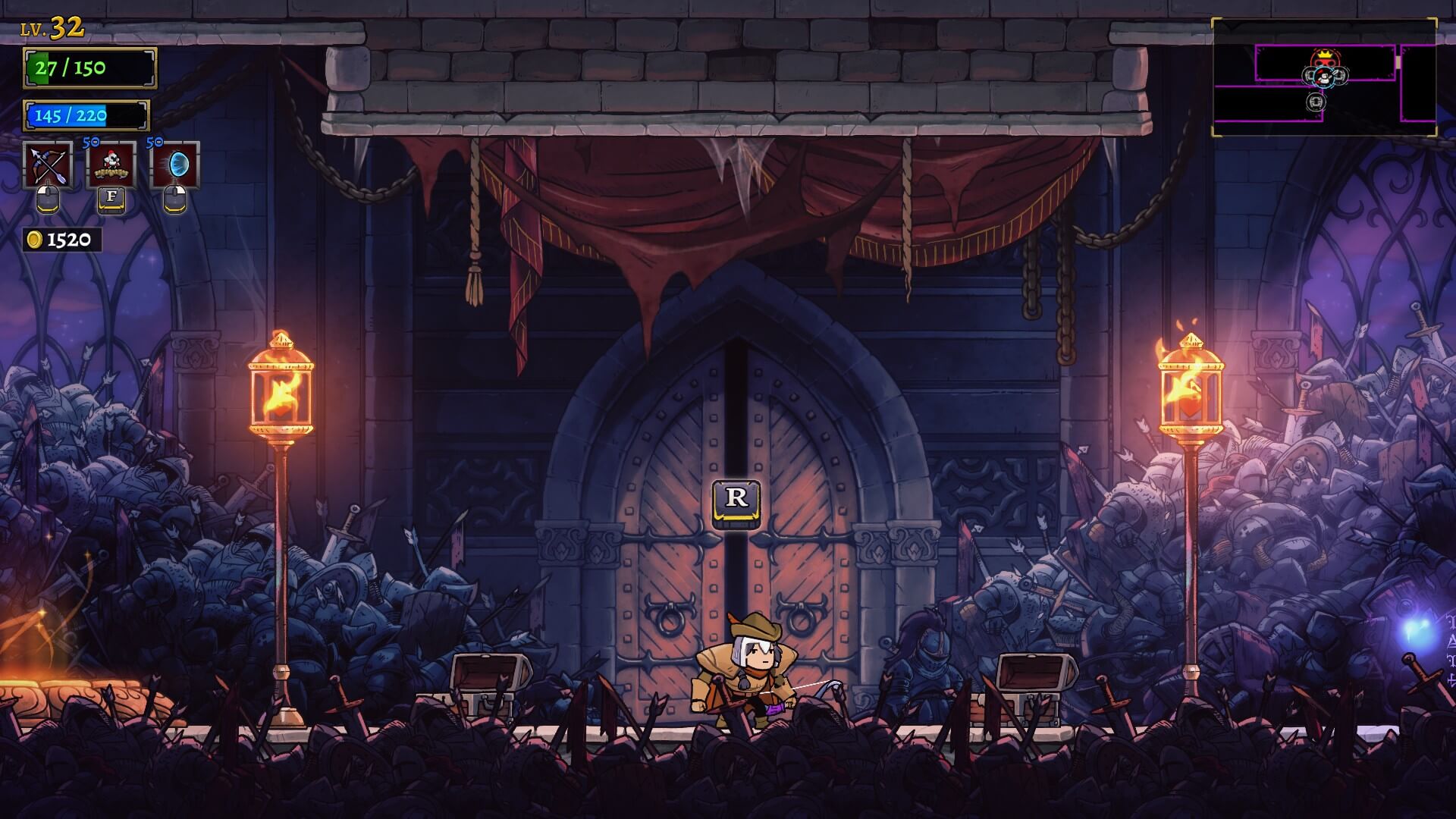 If you’re playing Rogue Legacy 2 and can’t figure out how to open the boss door to move forward, this guide solves that issue.

How to Open The First Boss Door in Rogue Legacy 2

Before you can get into the throne room and fight Estuary Lamech: The First Spellsword, you’ll need to light the two torches in the screenshot above. Unfortunately, the only way to light these torches is by doing an air attack. This means you can’t use the Ranger class to shoot one while hitting the other.

The trick to opening the boss door is to get the Ananke’s Shawl heirloom first. If you’re not sure where to go to start the Ananke’s Shawl challenge, the screenshot above shows the room where you can. The map will always mark it as one of two brown candle rooms.

Once you complete the challenge for getting this heirloom, you’ll permanently obtain the ability to dash. This makes it so you can do an air attack on one torch and then dash over to the other one immediately to attack again. It’s still a short window to accomplish, but it shouldn’t take too many tries for you to get it. 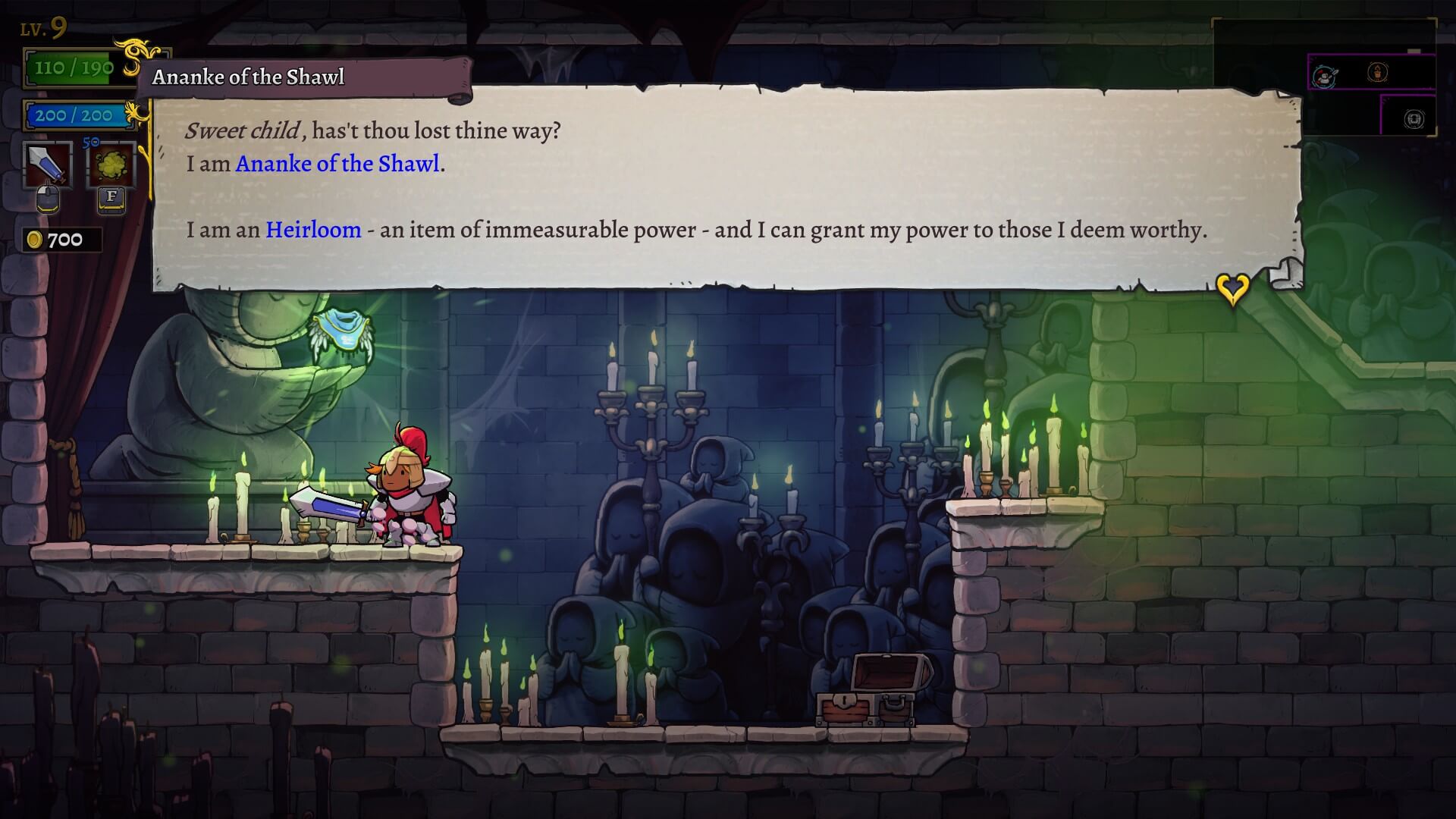 Once you successfully light both torches, they’ll be permanently lit for each following run. So you won’t have to do it multiple times. Now all you have to do is beat Estuary Lamech! Be sure to drop some tips in the comments if you have a neat strategy/

I hope this guide helps you understand how to open the first boss door in Rogue Legacy 2. For those enjoying the Steam Early Access, it currently has two bosses if you advance to the second snowy zone. And if you’re looking for more fun roguelites, take a look at our guides on Noita and Roundguard.

Rogue Legacy 2 released for PC via Steam Early Access on August 18, 2020. Currently, there isn’t a known release date planned for consoles. The original released on various platforms, however, such as PC, PS3, PS4, PS Vita, Xbox One, Nintendo Switch, and iOS.