Deep Rock Galactic has a new machine event that features a Guntower gone mad. Whether you’ve run into one yet or not, this guide gets right to the point on what you need to know and how to beat it. The video above shows gameplay of an entire Guntower machine event alongside useful tips.

If you don’t know what a machine event is, click here.

The Guntower machine event was added in Update 27 when the Modular Extermination Towers were inserted into bug caves. However, the Guntowers turned against us and now need to be destroyed. This is why we have a new machine event for overclocks and cosmetics if you have a promoted dwarf.

Your first step in taking down a Guntower in Deep Rock Galactic revolves around a simple and neat mechanic. There are three small platforms surrounding the Guntower that need to be captured for it to become vulnerable. Each platform represents one of the three guns attached to the tower. Similar to other bosses, each weapon has a large health bar at the top of the screen. 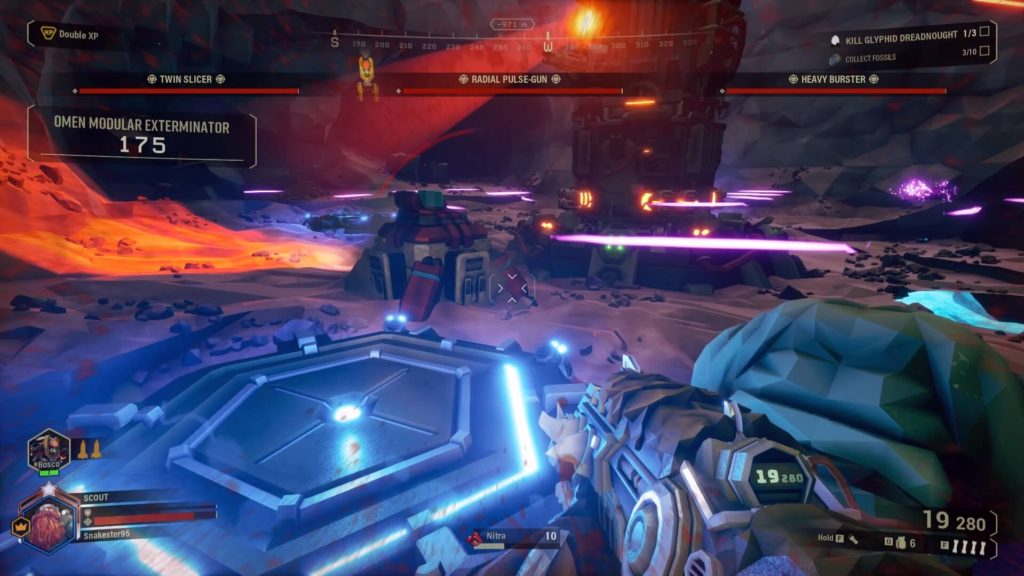 When one platform is captured over a span of a few seconds, the weapon it’s connected to becomes vulnerable. Weak points will appear on the Guntower as small green tanks/canisters to shoot. They don’t take much to break, but every tank must be destroyed to break that weapon. More details about how many tanks each weapon has are in the next section.

Once all three weapons are destroyed, the Guntower explodes with a container awaiting your Blank Matrix Core. If you don’t have a Blank Matrix Core, you can’t take one of the three rewards, unfortunately. For those that do, there are three choosable rewards with a variety mixed in.

This section focuses on each of the three weapons attached to the Guntower/Exterminator and what to know. The table below has expandable images for each gun when clicked.

Twin Slicer – The Twin Slicer hence its name uses twin lasers on both sides of the Guntower. As shown in the expandable picture above, it’s at the top of the tower. This makes it easy to avoid if you stay at a low or medium elevation in comparison to the tower.

Radial Pulse-Gun – The Radial Pulse-Gun chips away at your health and is a pain if the Heavy Burster focuses you simultaneously. It’s more an inconvenience than anything since it’s frustrating to dodge. It frequently shoots out pink waves around the Guntower. You can jump over them, but good use of terrain and Engineer platforms are useful too.

What Rewards Do You Get? 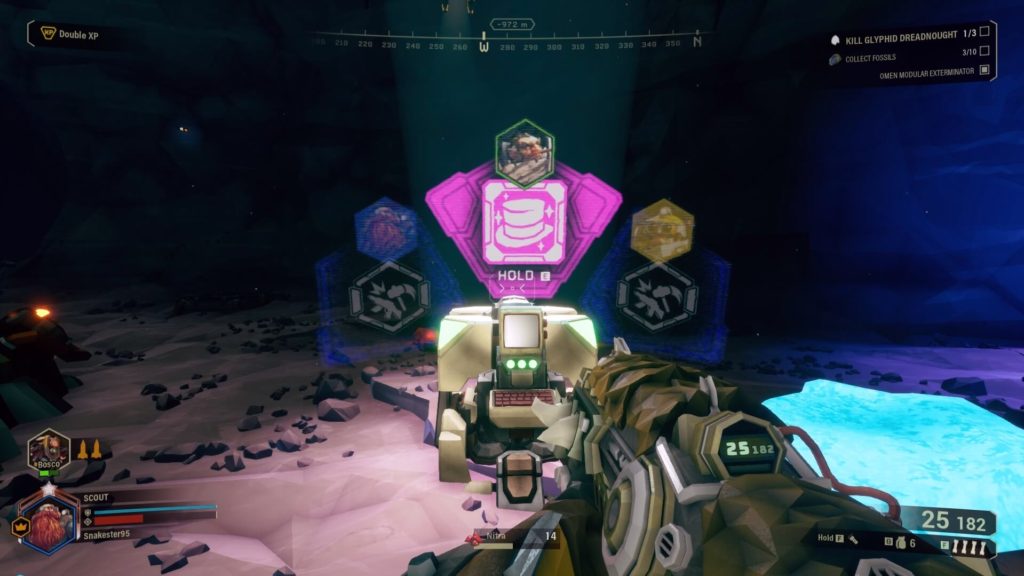 Trade a Blank Matrix Core for an overclock or cosmetic reward.

What are Machine Events?

Machine events were added in Update 26 as a challenge for more experienced players. They function as an end-game random event that requires a promoted class. If you haven’t promoted a class yet, you won’t have the Tritilyte Key needed to activate machine events. Once hitting level 25, completing the assignment, and promoting a class, you unlock a permanent Tritilyte Key for that class.

All machine events then become activatable for a fun challenge. However, you need to play on the promoted class specifically. If you play on a class that hasn’t been promoted yet, you can’t activate any machine events. If someone in your party has a Tritilyte Key, you don’t need one to participate in the event.

Machine events are also an opportunity for cosmetics and strong weapon upgrades as explained in the above section.

Let us know in the comments below what you think of the Guntower machine event. Did you find it difficult?