One of the commonly asked questions by Deep Rock Galactic players is how to promote. It’s easy to have no idea how to promote your class if you’re doing it for the first time. Plus, the developer has changed the method for doing it a few times. Continue reading our guide below for a quick walkthrough.

How to Promote in Deep Rock Galactic

Every class follows the same system regarding promotions. You have to reach level 25 with a class and then complete an assignment for it specifically. Each assignment has a slightly different name but the Scout one is, “PROM42.SC: PROMOTION QUALIFICATION – SCOUT”. 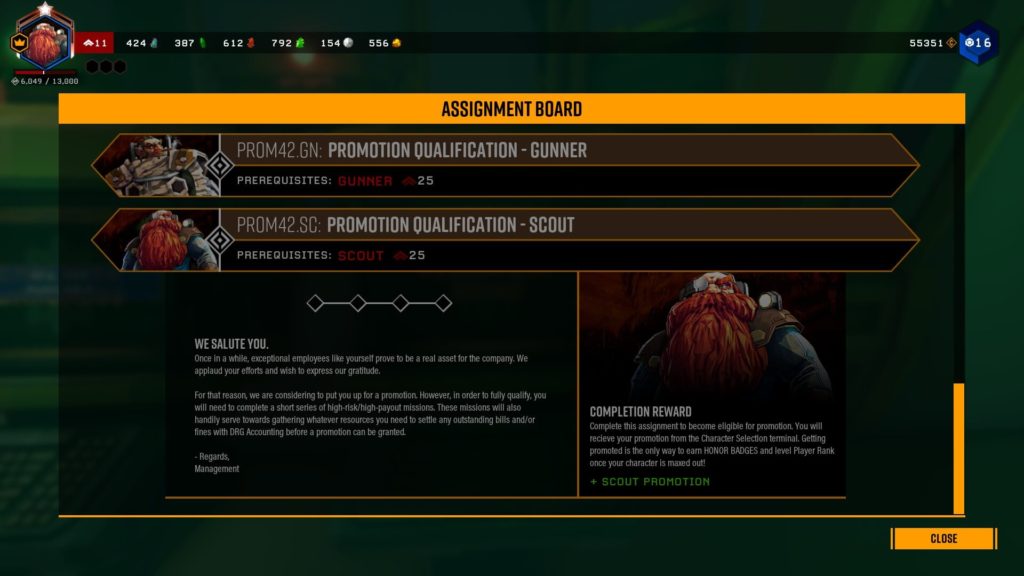 The assignment board always has each class’s promotion qualification showing.

Upon starting a promotion assignment, there are four missions before you can promote a class. Once you’ve completed these missions, head over to the Character Selection terminal in your cell.  Choose the class that you’ve completed the assignment with and a promote button will be available. It’s as simple as pressing that button and paying the promotion cost.

The screenshot below shows how the Character Selection screen looks if you’re ready to promote a class. Fortunately, it’s nothing too complicated as shown. 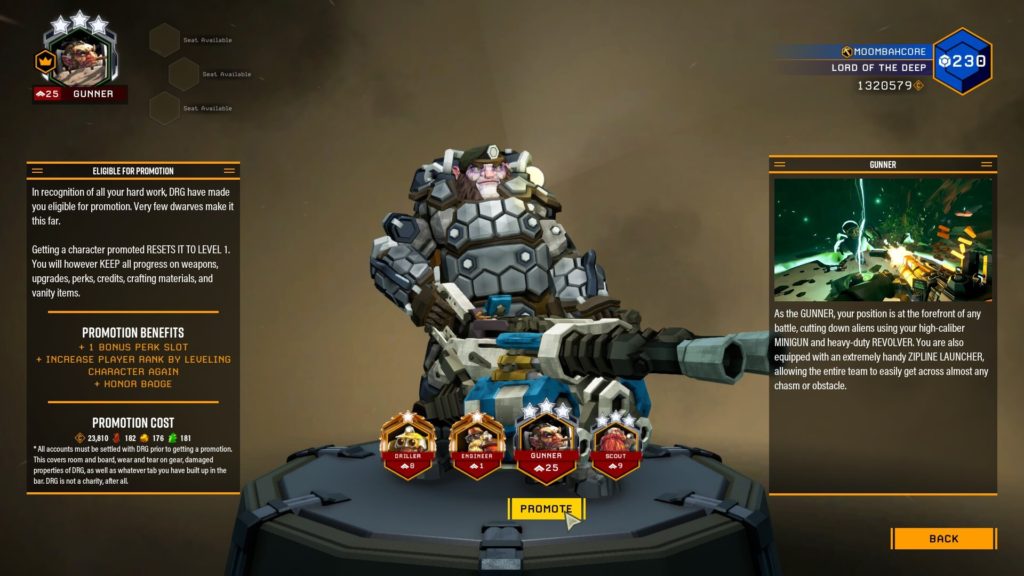 If you’re still having trouble or the developer changed it again, feel free to comment below our guide for some help. I’ll do my best to answer whatever questions you may have. Otherwise, if you’re one of many players wondering what the point of promoting a class is, continue reading below.

What is a Promotion For?

Deep Rock Galactic promotions serve a few purposes with some being purely cosmetic and others functional. Aside from showing off, the first reason listed below is huge for getting an advantage in-game.

Do You Lose Anything?

Players don’t lose anything by promoting a class in Deep Rock Galactic. Originally, the developer referred to the promotion system as retiring and players would lose weapons and upgrades. However, that system was overhauled to what we have now and this is no longer the case.

The only thing a player loses is their character level (red). This doesn’t lead to any content disappearing. As we already mentioned previously, if you’re still not sure how something works, drop a comment below the guide.