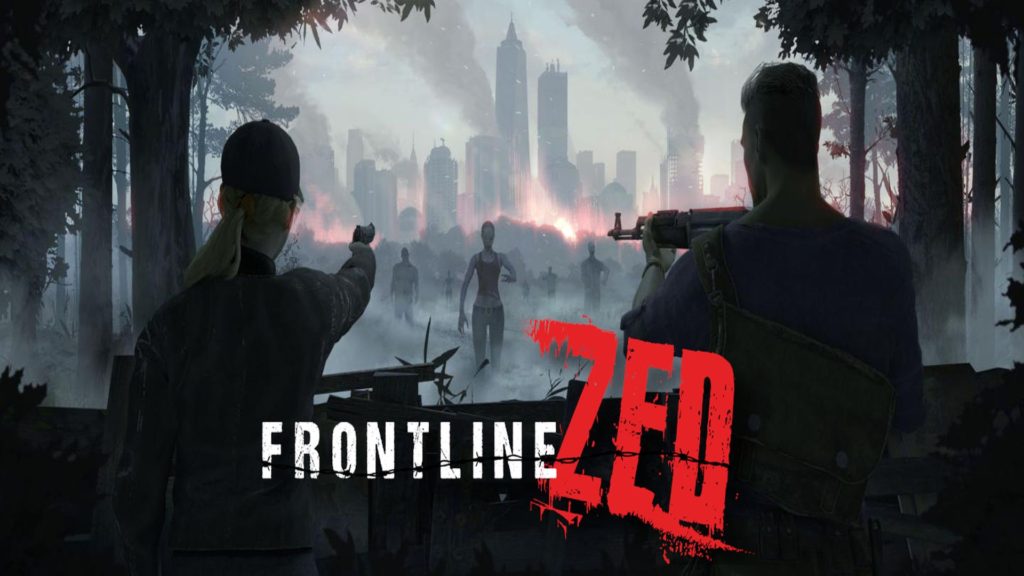 Many kids growing up know the pain of not having money to buy new games. This is why free flash games will always be a significant part of my childhood. Websites like Newgrounds and Kongregate became a haven for the little kid in me. Frontline Zed brings back those memories immediately after remembering the franchise it’s inspired by, The Last Stand.

Frontline Zed follows a similar formula to the earlier titles in The Last Stand franchise. The simple and almost nonexistent story follows my character trying to survive the zombie apocalypse. Running from area to area, he fights waves of zombies and scavenges towns for weapons and survivors. 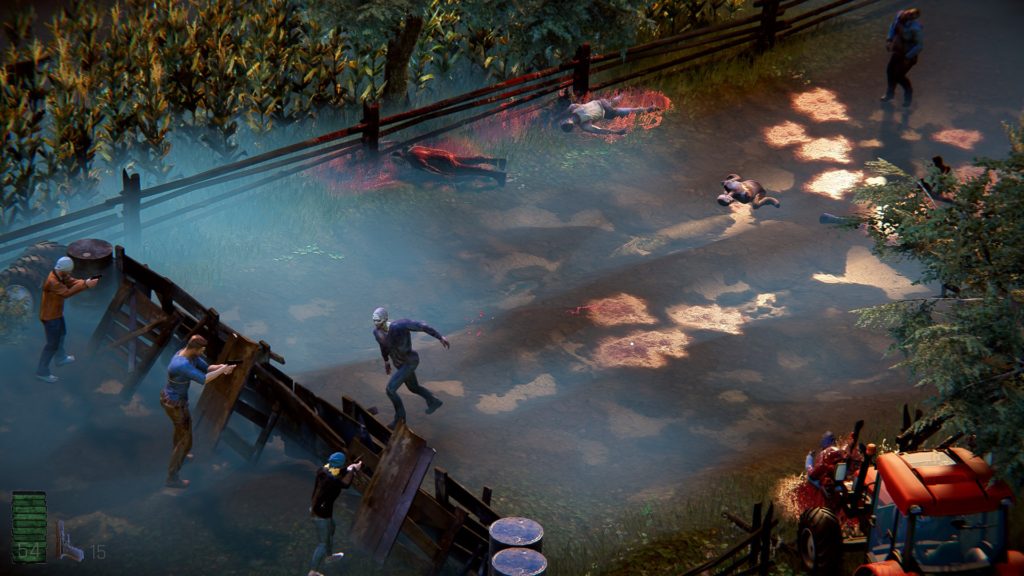 Defend your barricade in the cornfields with other survivors.

Search For Guns and Survivors

My character stays in a region for a few days and scavenges until moving on when the zombies are cleared out. A major mechanic in Frontline Zed is managing eight hours daily in between hordes to be productive. The challenge is in using those eight hours effectively by searching buildings or repairing my barricade.

It’s a risk to search buildings for stronger guns and survivors to help you each night. However, it’s necessary to get new weapons, otherwise, you’re stuck with a terrible starting revolver. Alongside getting weapons, having the help of other survivors is important too. This is an area where Frontline Zed is unnecessarily difficult because it’s almost impossible to keep your survivors around.

The Last Stand games follow a similar concept where you can lose survivors while searching for new weapons. The same mechanic applies in Frontline Zed, but it’s a lot worse. If I’m not getting new weapons, I need survivors, and vice versa to survive. This led to days where I found a new survivor and lost one simultaneously. 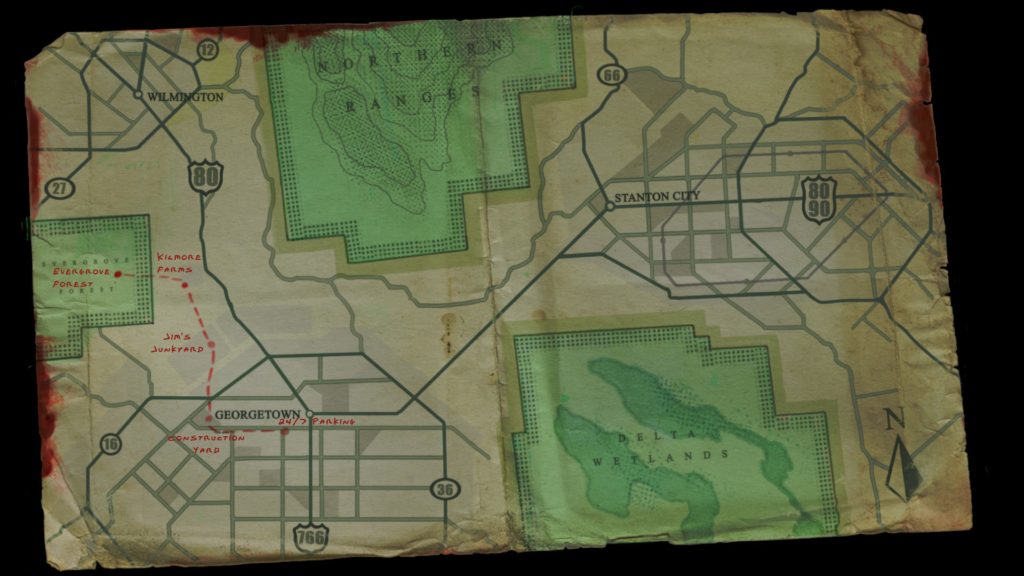 Travel between areas while fighting off zombies to try and reach the military base.

Does Aiming Matter in Frontline Zed?

It wouldn’t be so rough if I could balance out the bad with my skill as a good shot. Unfortunately, that’s another problem with Frontline Zed. It never feels like my shots matter as long as I hit the target. It’s possible there’s more damage in hitting a zombie’s head instead of shooting their body. However, it feels as if it takes the same amount of ammo to kill a zombie with the occasional critical hit. It doesn’t help that Volcanic Games didn’t add visible stats for each weapon.

While not every weapon is available from the start, basic stats would be nice to have. The only way to know if a new pistol or rifle is terrible is to test it. This is why having a backup weapon is a godsend for when a new one is horrible. The developer may have wanted people to see every weapon’s advantages and disadvantages. The reality is, a lot of weapons are terrible and in many cases, you’re waiting for the next good one.

The difficulty of Frontline Zed is frustrating and frequently tough for the wrong reasons. The challenge is often not related to your own skill and instead based on a dice roll. You either lose survivors due to bad luck or simply don’t know the right weapon to use. Despite a large part of Frontline Zed being searching, it does feel like the developer introduces new weapons regardless of luck. 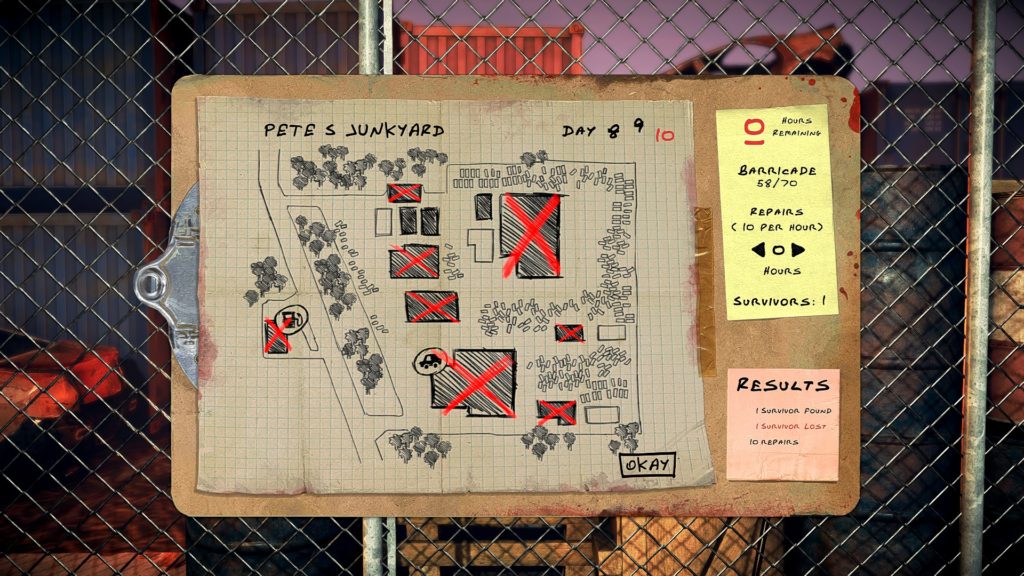 Loot towns for weapons and hope to find survivors.

Nearing the end of my two-hour playthrough, I realized I got every weapon. It’s entirely possible I distributed my time between searching and repairing well. Or maybe I got lucky. On the topic of weapons, I wish Volcanic Games made it so I could choose which weapons my survivors use. I understand not wanting to create a situation where it becomes too easy, but maybe give me a few choices at least.

There’s nothing more frustrating than watching my only survivor use one of the worst weapons. Despite all my complaints about losing survivors and the difficulty, grenades do help significantly. After traveling through the first few areas, grenades become available. By this point, using grenades is the best way to stay alive without survivors.

Grenades are often a nice way to clear most of the screen and save some time. The only way to survive in Frontline Zed is leaning into multiple survivors or grenades. In my case, I relied on grenades. This could be an intentional way of fighting the difficulty, However, it feels annoying when shooting is the weakest part at times. More often than not, I emptied a clip as fast as possible at a zombie to fight reload times. 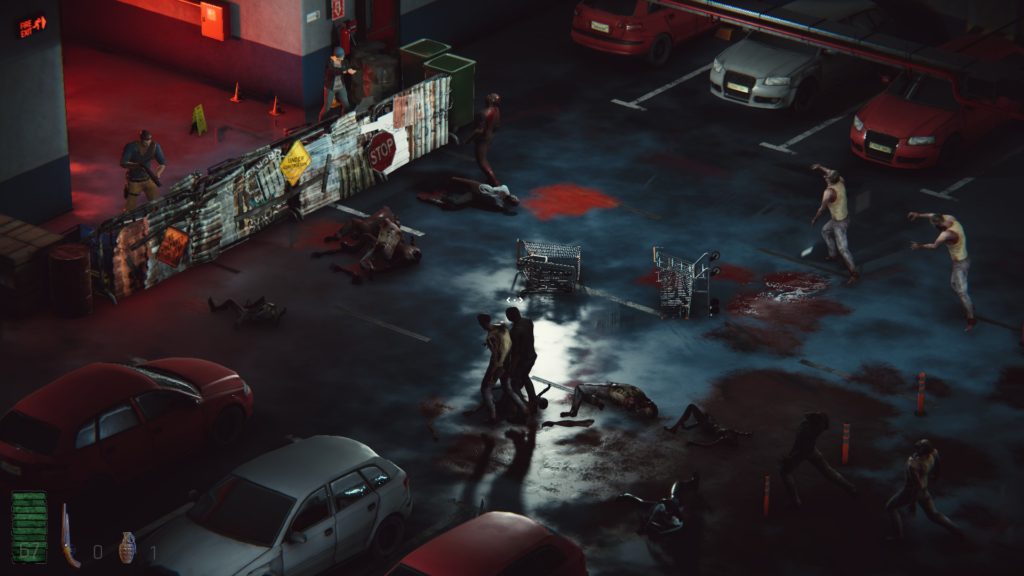 Fight hordes of zombies in Frontline Zed with a variety of weapons like a sawed off shotgun.

Frontline Zed is a nice taste of nostalgia that reminds me of the flash games I used to live for. If you can get it on sale and you love zombie games, it’s not the worst way to spend your money. However, you’re probably better off playing The Last Stand games from Con Artist Games instead. The graphic overhaul in Frontline Zed is a welcome sight, but Volcanic Games doesn’t do enough to make it unique.

Frontline Zed is available on Steam as of October 3, 2019. Additional free content is planned to expand the story under the names, Origins and Aftermath.

Frontline Zed was provided by the developer via a Steam code.