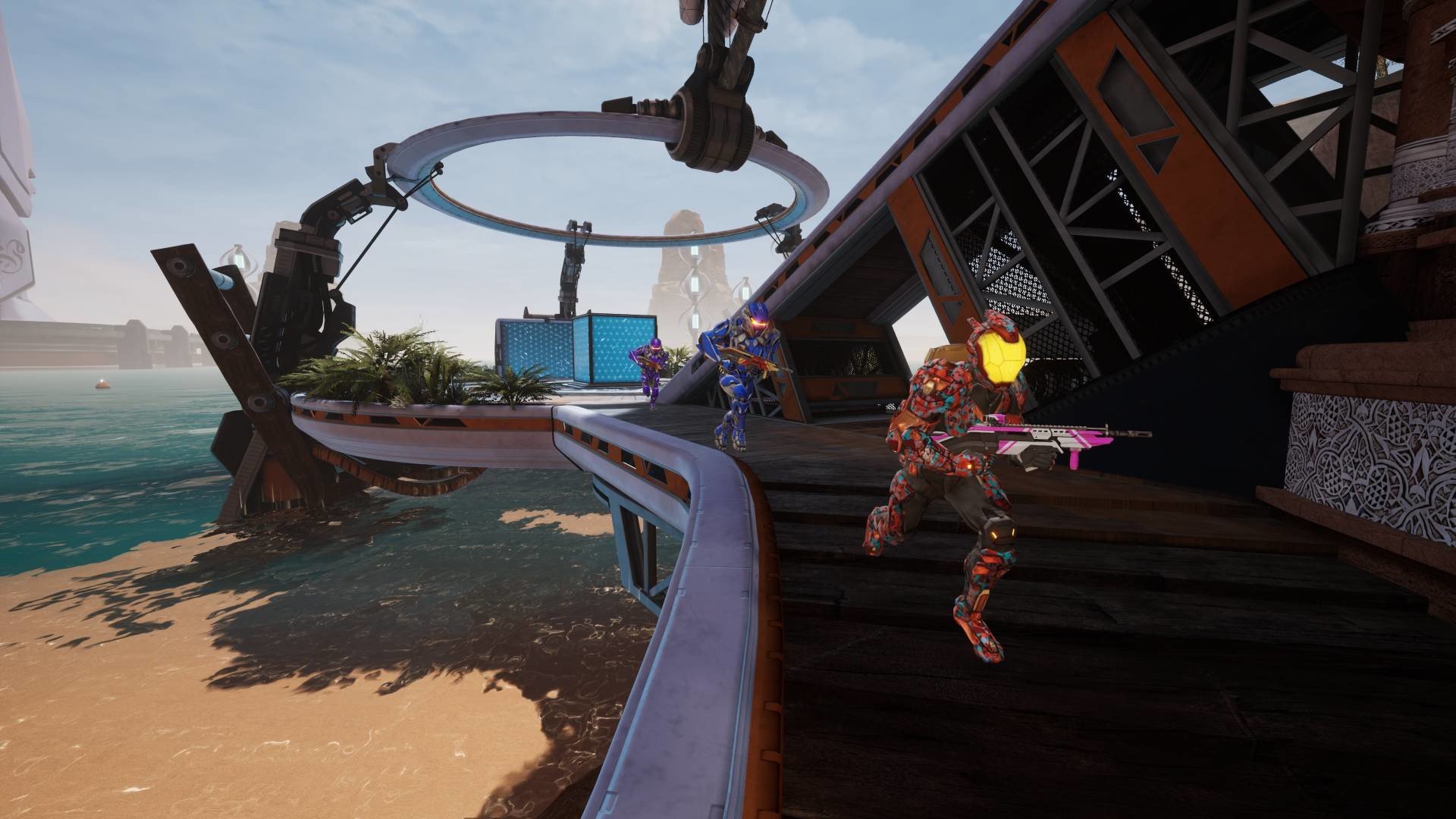 Free-to-play shooter Splitgate has recently jumped in popularity leading to queue times for those trying to get in. While queue times tend to be on the shorter side, it still has some wondering, does Splitgate have bots? Continue reading our guide below for the answer.

Does Splitgate Have Bots?

Many online competitive games like to put you against bots first to give you a positive experience. This works as both a marketing move and a way to help you learn the game. One popular recent example is Call of Duty Mobile. Until you get to a certain level, you’re playing with bots that have fake names to try and trick you.

The marketing side of this is to make you think you’re really good at the game so you enjoy playing it more. With that said, there seem to be multiple occasions where you can run into bots in Splitgate. Multiple threads on Reddit have shown users commenting that they’re still getting bot matches regardless of level. 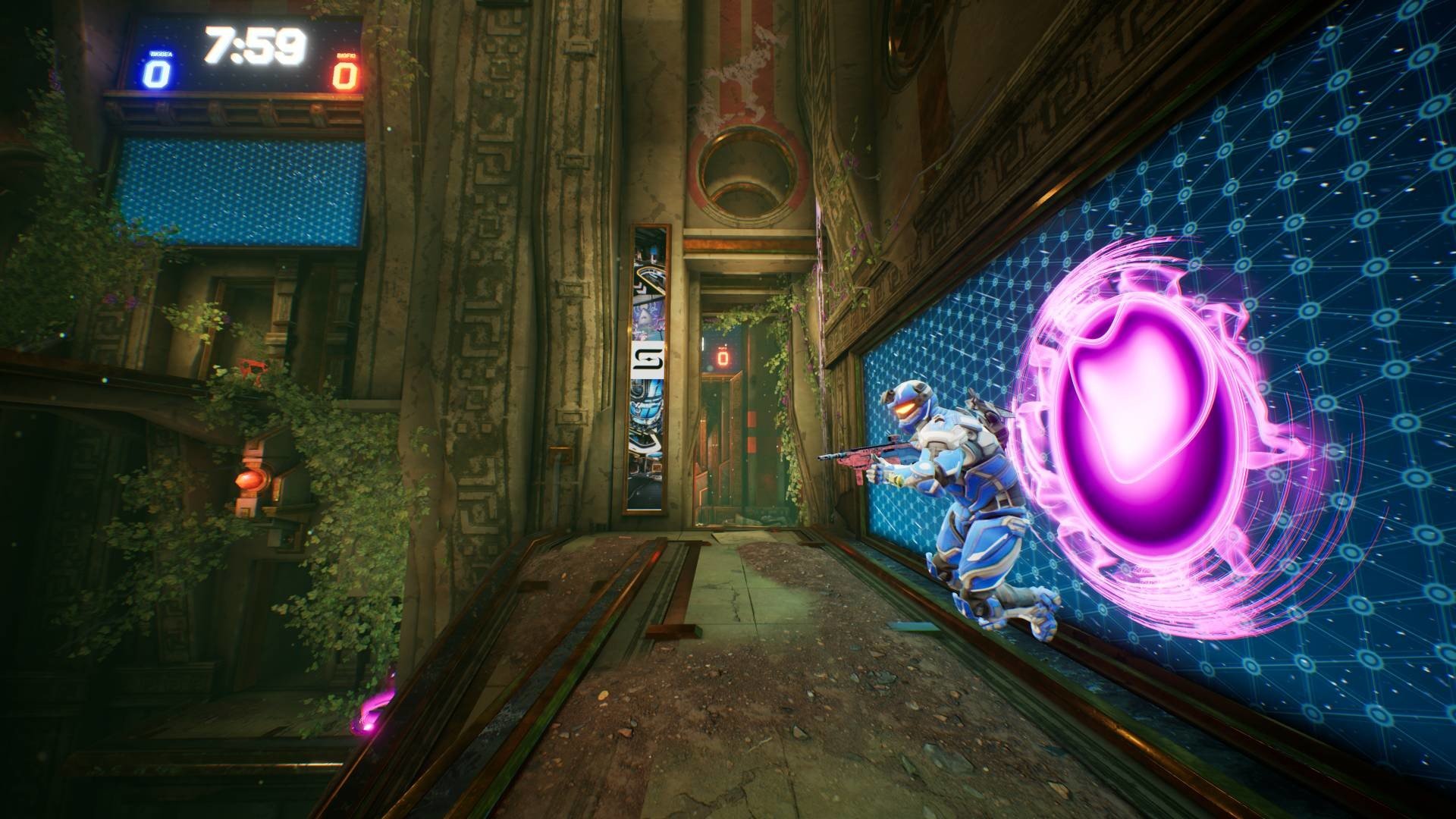 It’s possible bots won’t take advantage of portals and flying as frequently as players too.

It can be a little difficult to tell whether or not there are bots in your match immediately. This usually becomes much clearer by the time the match ends when their stats are drastically off. Such as only a few kills with over 20 deaths in some cases. While others have commented thinking there may be tougher AI at higher player levels. But, I can’t confirm this personally.

I usually tend to notice them on my side by looking at their movements. In some situations, you can even see two bots mimic the exact same movements while next to each other. For example, turning at the same time, strafing to the same side simultaneously, and more.

Are There Bots in Ranked?

This is an odd move in my opinion, but there do seem to be bots in the ranked mode. I haven’t tested it yet myself. But I’ve seen multiple sources say that bots are labeled in ranked matches. If you can confirm this as well, feel free to comment below the article with your experience. It’s possible this may change when Splitgate officially releases out of beta.

Even though you may run into bots while playing ranked matches, other players can supposedly replace them. This is likely a way to get people into matches quicker by reducing matchmaking queue times. Which is almost surprising with Steam Charts reporting numbers as high as 64,000 players within the last 24 hours. 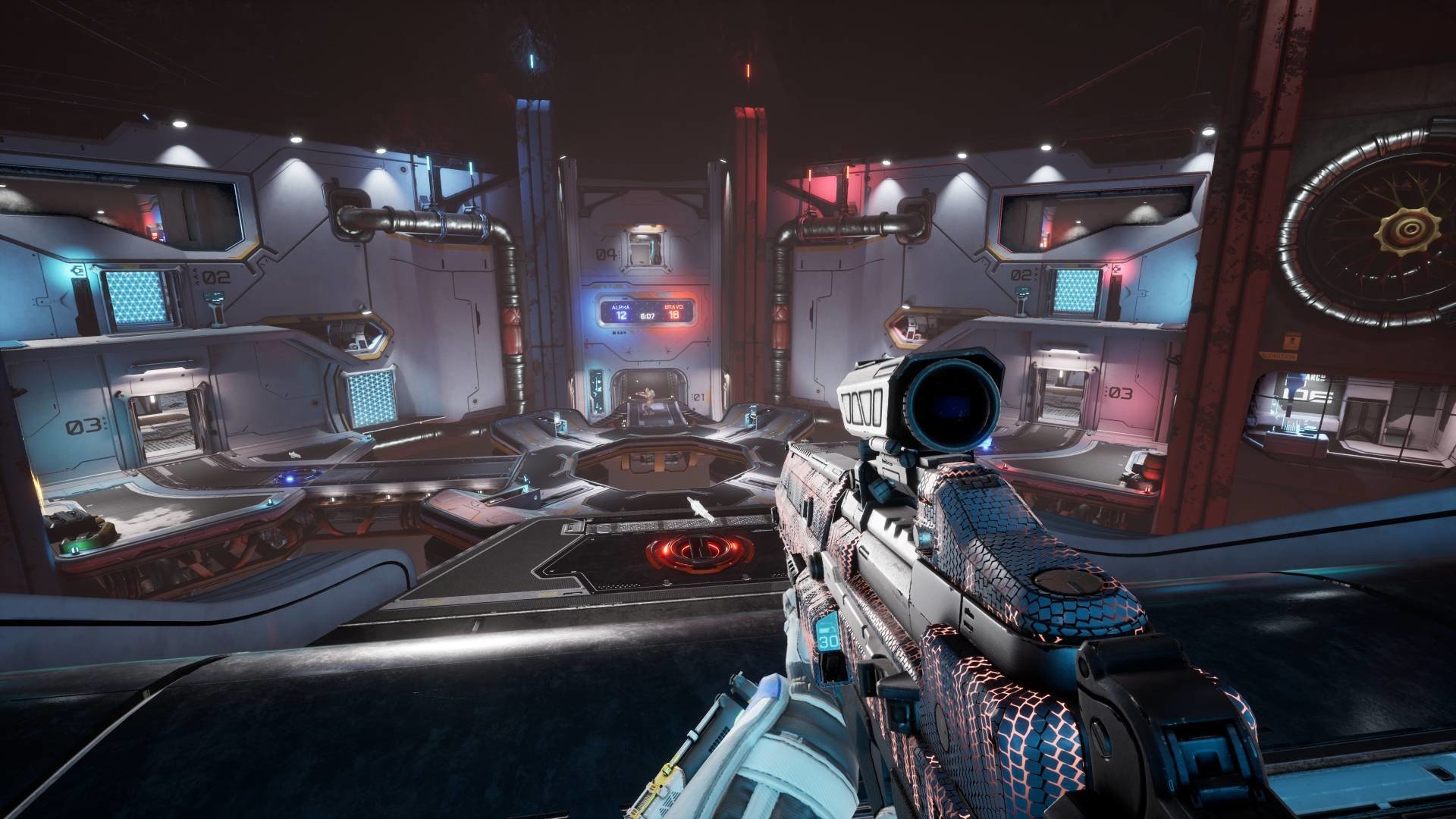 Bots supposedly can fill ranked lobbies before players do. You may also notice this when playing a custom game before others have joined.

Especially with Splitgate having cross-platform play leading to an even higher number than that. But, I’m sure the developer has their reasoning for handling it this way. Personally, I don’t think it’s that big of a deal having bots in Casual.

The one unfortunate scenario is when you have all bots on your team and the other side doesn’t. This usually leads to a bloodbath in any mode. But, it’s even more noticeable when you’re playing a competitive one like Showdown where there aren’t any respawns. 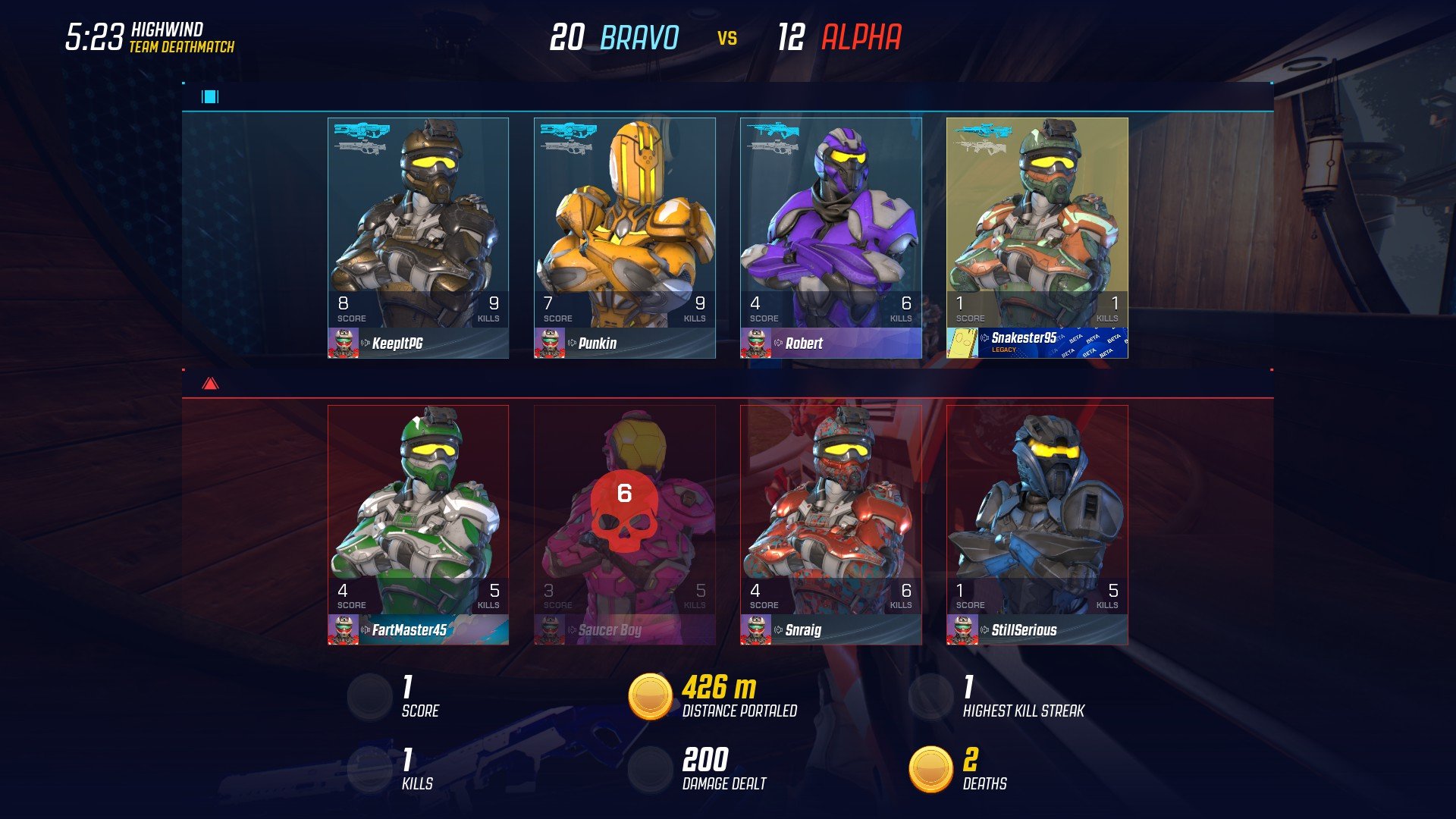 If you’re curious how complicated the fake names can get, take a look at the screenshot above. Aside from my name at the top-right, every other player is a bot. This is a custom lobby I made where it auto-filled with bots immediately.

How do you feel about bots in Splitgate? Is it a good idea to get you into a match quicker or would you prefer to wait for a full lobby instead? Let us know in the comments below and let’s get a discussion going.

I hate this shit so much. If there's a bot it should always be labelled. Don't try to trick me. I hate how games do this these days. Was really enjoying the game and now I don't even feel like playing anymore.