Playing with friends in New World can be a little confusing at first depending on your starting area. Unfortunately, not everyone spawns in the same region so you’re not guaranteed to be near each other. This also means your first chain of quests won’t be the same as another region. Here’s what you can do regarding how to play with friends.

How to Play With Friends in New World

If You’re Already in the Same Region 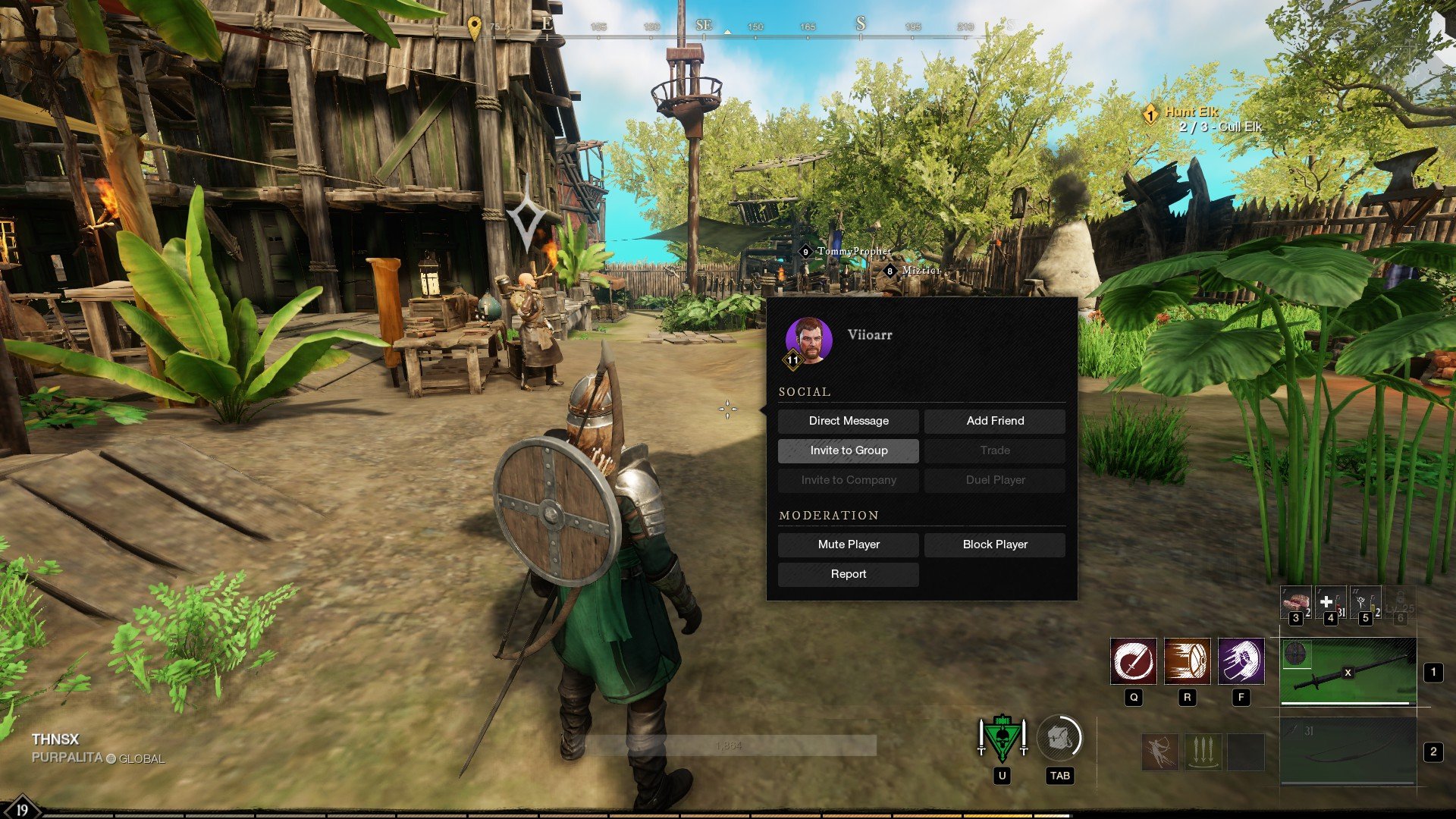 You can add others using the social menu on the “O” button or by finding them and pressing H.

If you got lucky and spawned in the same region as your friends, things are much simpler. All you need to do is press the “O” button to open the social menu. You can add other player names here and/or start a group here too. On the left side of the screen, there’s a “Group” button with a plus on it.

You can either invite someone using the Group button or add them as a friend and do it that way. Being in a group with another player requires you’re both either untoggled for PvP or toggled for it. You won’t have an opportunity to enter PvP until completing some quests, so don’t worry too much about that.

But it is important to mention that the faction you choose later on does matter. With that said, playing in a group together has several benefits. While you can’t share quests, you can work on them together. For example, if a quest requires killing 10 wolves and your friend kills one, it counts for both of you.

You may need to be near them for it to apply, however. But the neat thing is that you don’t even need to deal damage to that wolf. So you can both spread out looking for enemies to farm. This is a useful way to clear quests even quicker.

If You’re in a Different Region 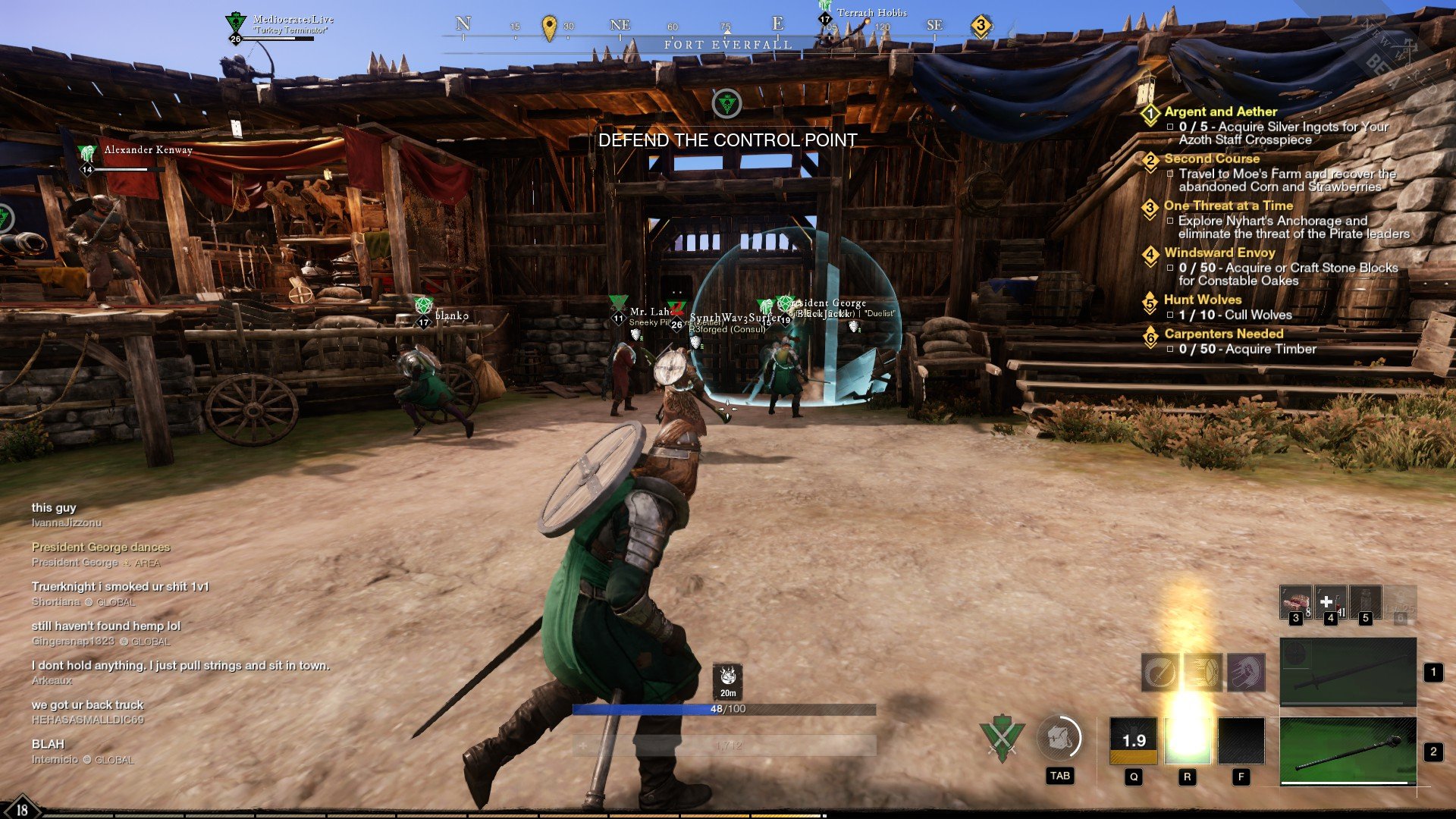 Group up with other players for massive-scale events both PvE and PvP.

If you’re unlucky and spawned in a different region from your friends, here’s what you need to know. There are four different areas to spawn in. So chances are even if you make a new character, you may still end up in the wrong one.

You can either follow the questline until it meets up for both of you or head over to their region instead. I can’t say for sure which quests you’ll need to complete until you can switch regions. This is why you’re likely better off completing quests until you’re both at the same point.

If you have any other New World questions for me, feel free to comment below the guide. I’ll do my best to get back to you if I can help. Keep an eye out for more guides on the way to answer common questions in the community.