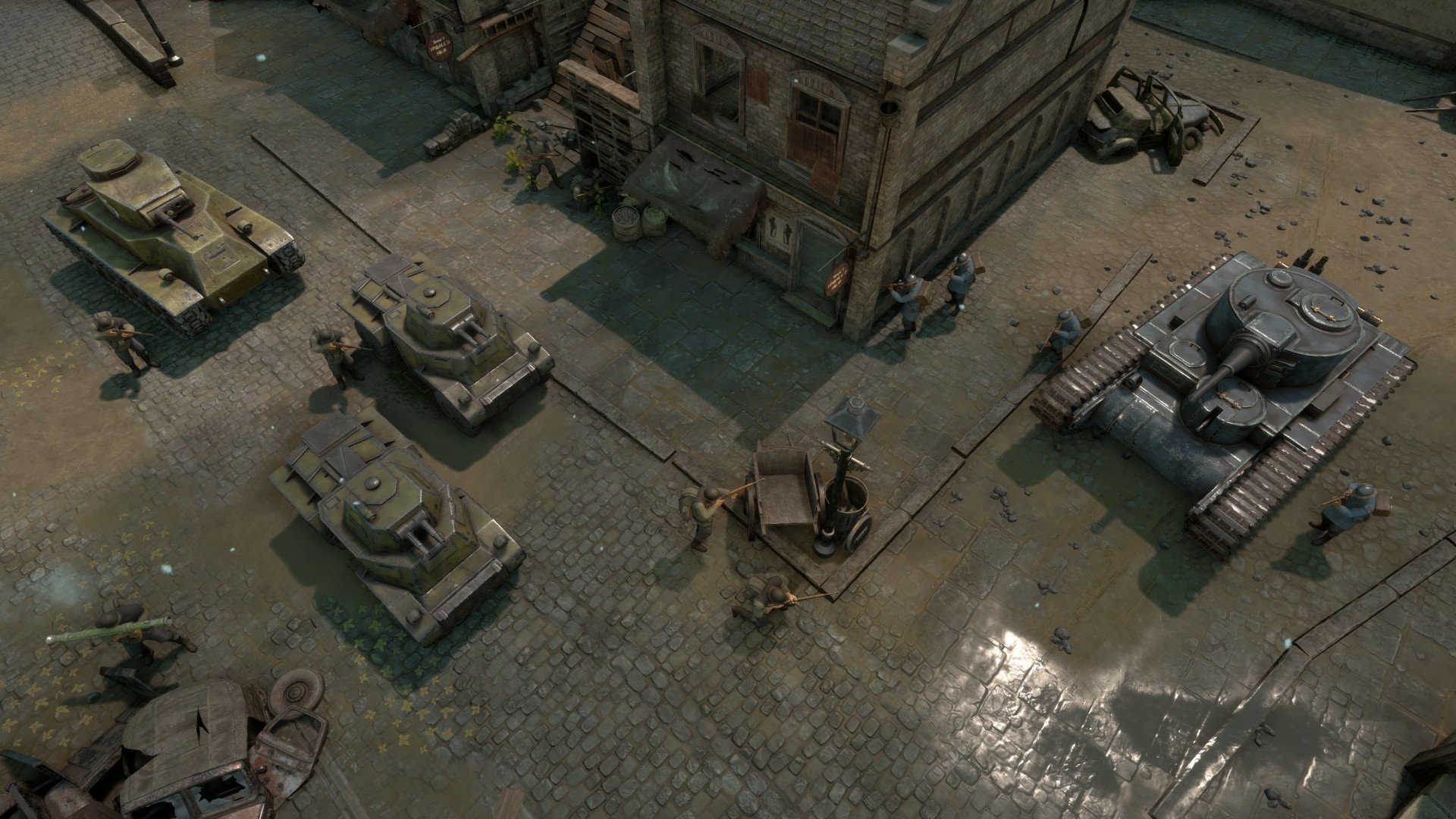 One of the most important Foxhole game roles is a medic to keep everyone alive on the front. This is why it’s important to understand how the healing and reviving mechanics work. Especially if you’re not sure how to refill medkits/First Aid Kits. This is an easy mechanic to miss since it’s only briefly explained in the tutorial.

How to Refill Medkits in Foxhole

Before explaining both medkit types, it’s important to understand how healing works overall. First, if you’re trying to heal yourself, you’ll need a Bandage. These are used to remove the bleeding debuff that will quickly kill you if untreated. Also, this is the only healing item that you can use on yourself.

Second, the first medkit we’re going to explain is the First Aid Kit. These are used to heal a soldier back up to full health. But, you can’t use it on yourself so you’ll need someone else to heal you. You can tell if a soldier is hurt by looking at their character. They’ll have bloody red stains all over them. And if they’re bleeding, they’ll have spurts of blood near them.

First Aid Kits require Bandages to refill their charges. Otherwise, you won’t be able to continue using it. As long as you have Bandages in your inventory, the First Aid Kit will grab them. One Bandage fills 10 First Aid Kit charges. So simply keep healing soldiers and it will automatically refill. 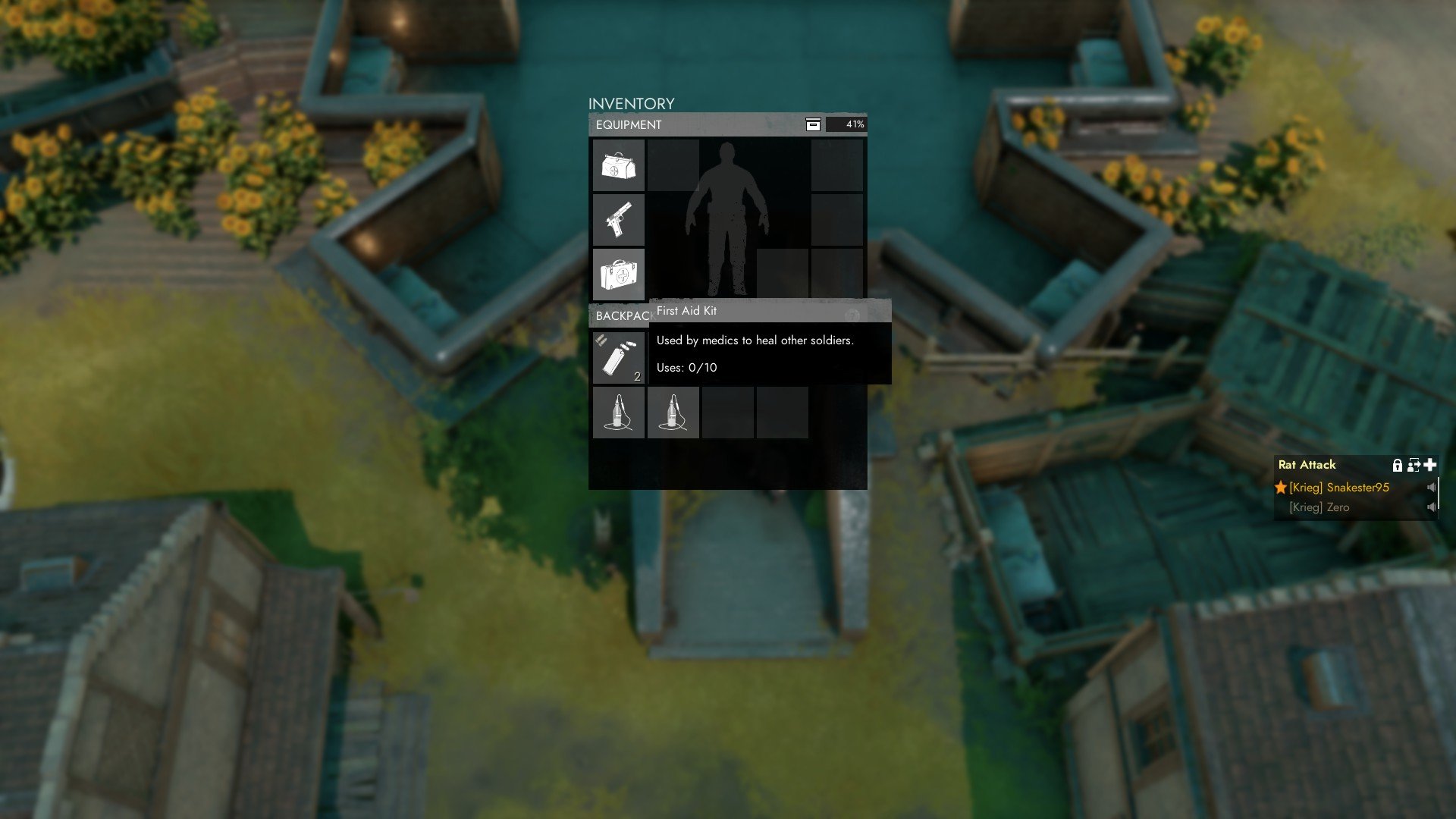 Make sure to not go out with too much in Foxhole so your team doesn’t run out of supplies.

The final medkit that you’ll need is the Trauma Kit. Similar to the other medkit type, you can only use this on other players. This is primarily for reviving downed soldiers that haven’t been finished off yet. Trauma Kits require one Blood Plasma to revive downed players. As long as you have one Blood Plasma in your inventory, it will automatically refill.

If you’re ever not sure how many charges a First Aid Kit or Trauma Kit has, you can hover over it to check. This is useful if you’re scavenging the field for items. Especially if you’re far from base and need to heal someone.

How to Carry Players in Foxhole

It’s important to keep players healed and alive so you don’t run out of Soldier Supplies. You’ll often see these referred to as shirts in-game. Every time a player respawns somewhere, a Soldier Supply item is used. This is why it’s important to rescue as many soldiers as possible. Even if a player says, just let me die. Only do that if they’re in a spot where you’ll get killed trying to rescue them.

A huge Foxhole mechanic is being able to carry downed players. All you need to do is run up to someone that’s downed and press E to grab them. However, it can be a little finicky sometimes. So make sure to be careful. Try to encourage players that aren’t medics to carry teammates back. This is so the medic can stay alive at the front.

That’s all there is to this Foxhole guide on how to refill medkits. If you have any other questions for me, feel free to comment below the article. I may throw together more guides on common questions in the community.