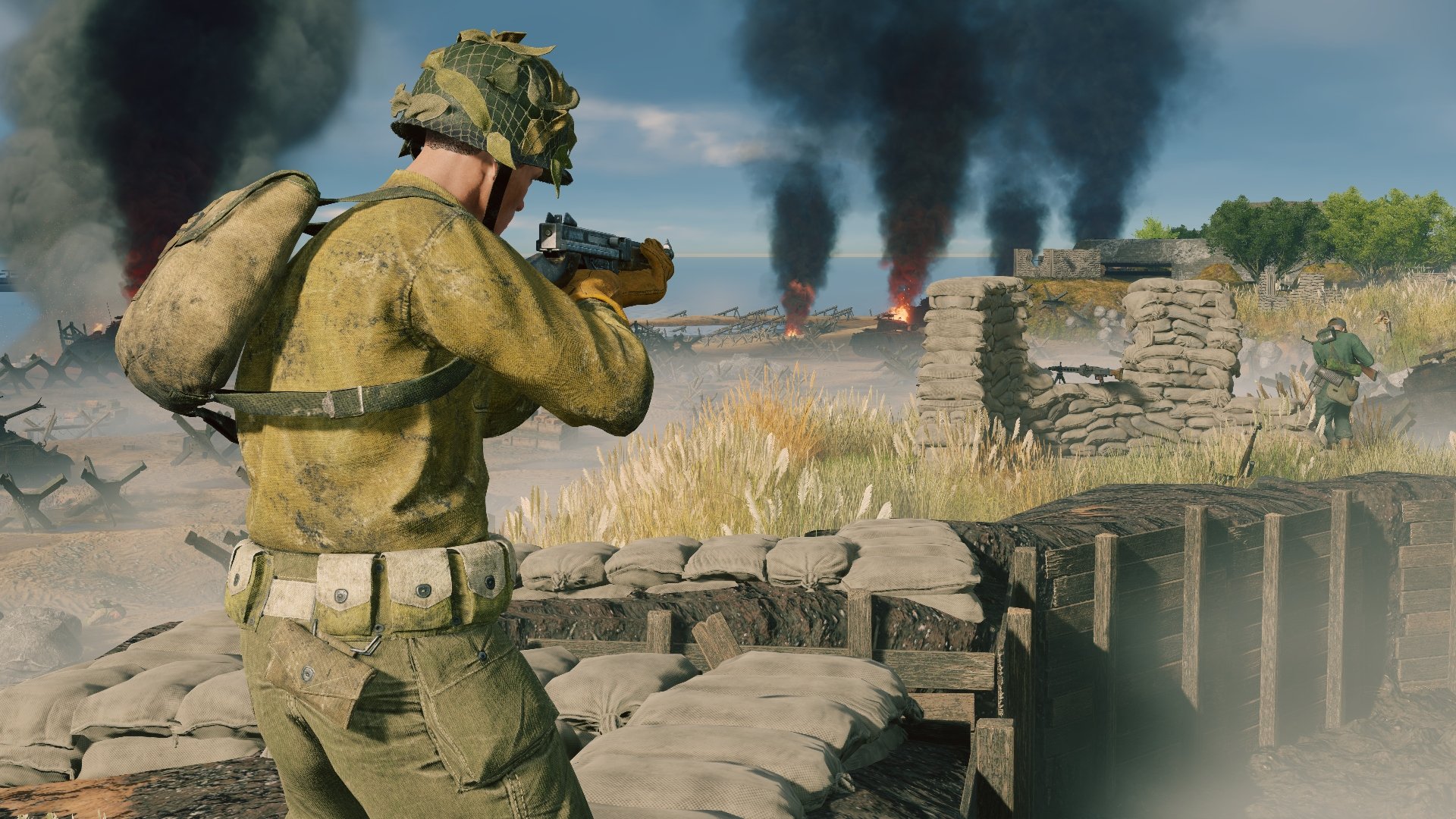 Enlisted is a free to play WW2 first-person shooter where maps are sorted into unique campaigns. There are currently four visibly shown in-game, but only two are available to play right now. Those two are Battle of Moscow and Invasion of Normandy. If you’re wondering how to change campaign, this Enlisted guide is for you. Continue reading below to find out how.

How to Change Campaign in Enlisted

Fortunately, learning how to change campaigns in Enlisted isn’t anything too crazy. All you need to do is be at the lobby screen where you can see your squads listed. Then, as shown in the screenshot above, you’ll see the currently selected campaign at the top-right corner. Below the campaign name it will say, “Switch Campaign”. Click or tap this button regardless of your platform and then you’ll see the next screen below.

Once you’ve reached the area shown in the above screenshot, you can choose a different campaign. As only the Battle of Moscow and Invasion of Normandy is available right now, you can only pick those. It’s unknown when the other two campaigns Battle of Tunisia and Battle of Berlin will become available. After choosing either of the two, all you need to do is start up a game as normal and it will be on that one instead.

How to Play D-Day in Enlisted

If you’re here because you’re wondering how to play D-Day in Enlisted, this is similar to the above explanation on how to change campaign. All you need to do is change your campaign to the Invasion of Normandy. D-Day is one of the many events that took place during the Invasion of Normandy. Hence why it’s a part of that Enlisted campaign. However, if you’d prefer more close-quarters combat with buildings, you can pick the Battle of Moscow instead.

If you have any other questions regarding the game, feel free to let us know in the comments and we’ll try to help. Otherwise, be sure to visit our other guides like our 10 Best Enlisted Tips and Tricks or How to Get More Ammo. Which campaign is your favorite to play so far? I’ve been enjoying Moscow, even though I have to give Normandy another try.