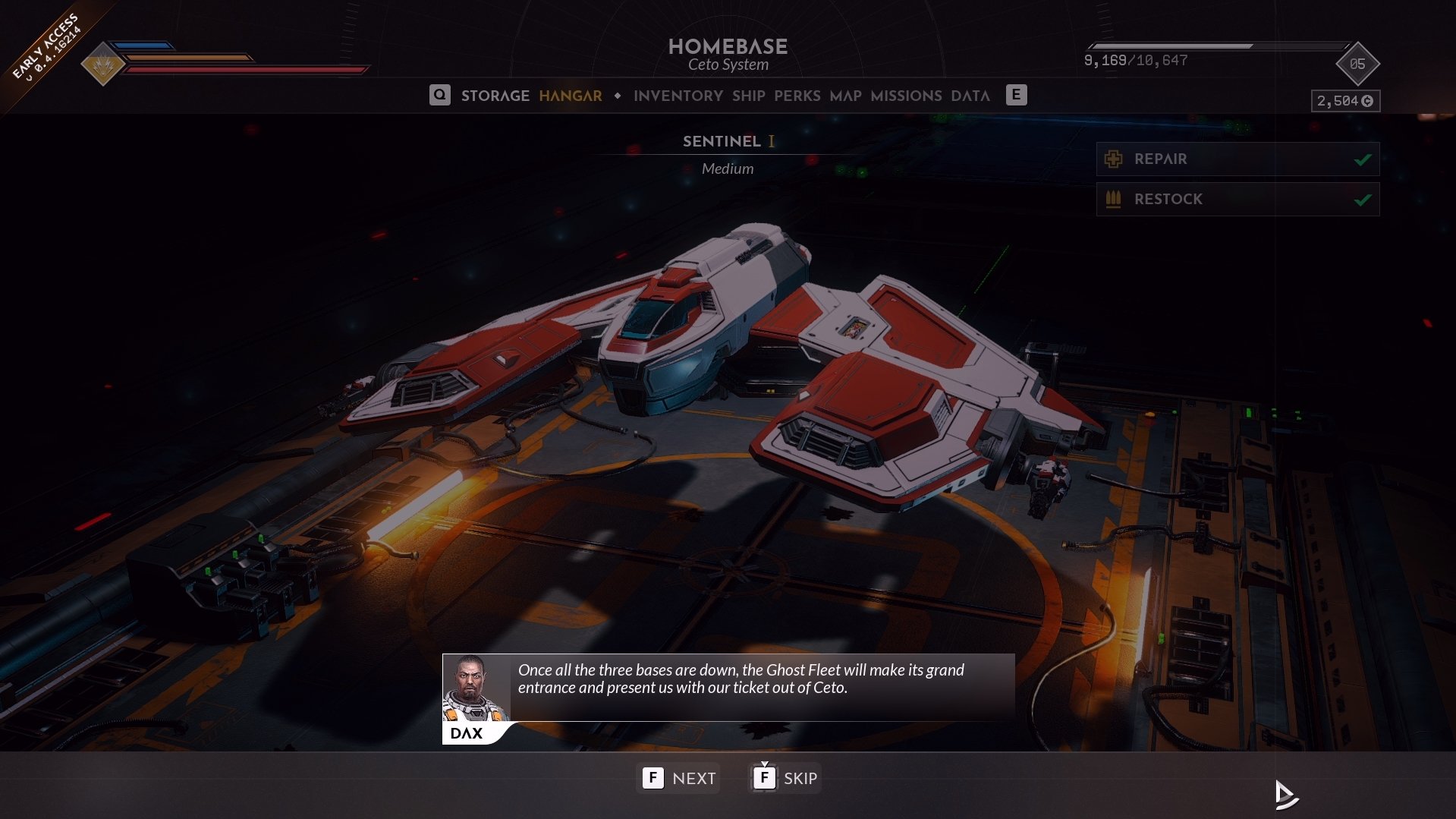 If you need help completing the Everspace 2 mission, Ceto Ghost Hunt, continue reading below for our walkthrough. This guide contains in-detail steps on what you need to do for each objective alongside some tips and tricks. If you’re still struggling with something, comment below the article to get some help.

After completing the Spares & Scraps mission, you’ll need to track down a HIVE unit so you can jump. Your first step is to hunt down three distractor bases blocking the location of a Ceto Ghost Fleet. Depending on which of the three undiscovered locations you go to first, you may have a different order than shown in our walkthrough below. Click any mission step in the table below to jump right to it. 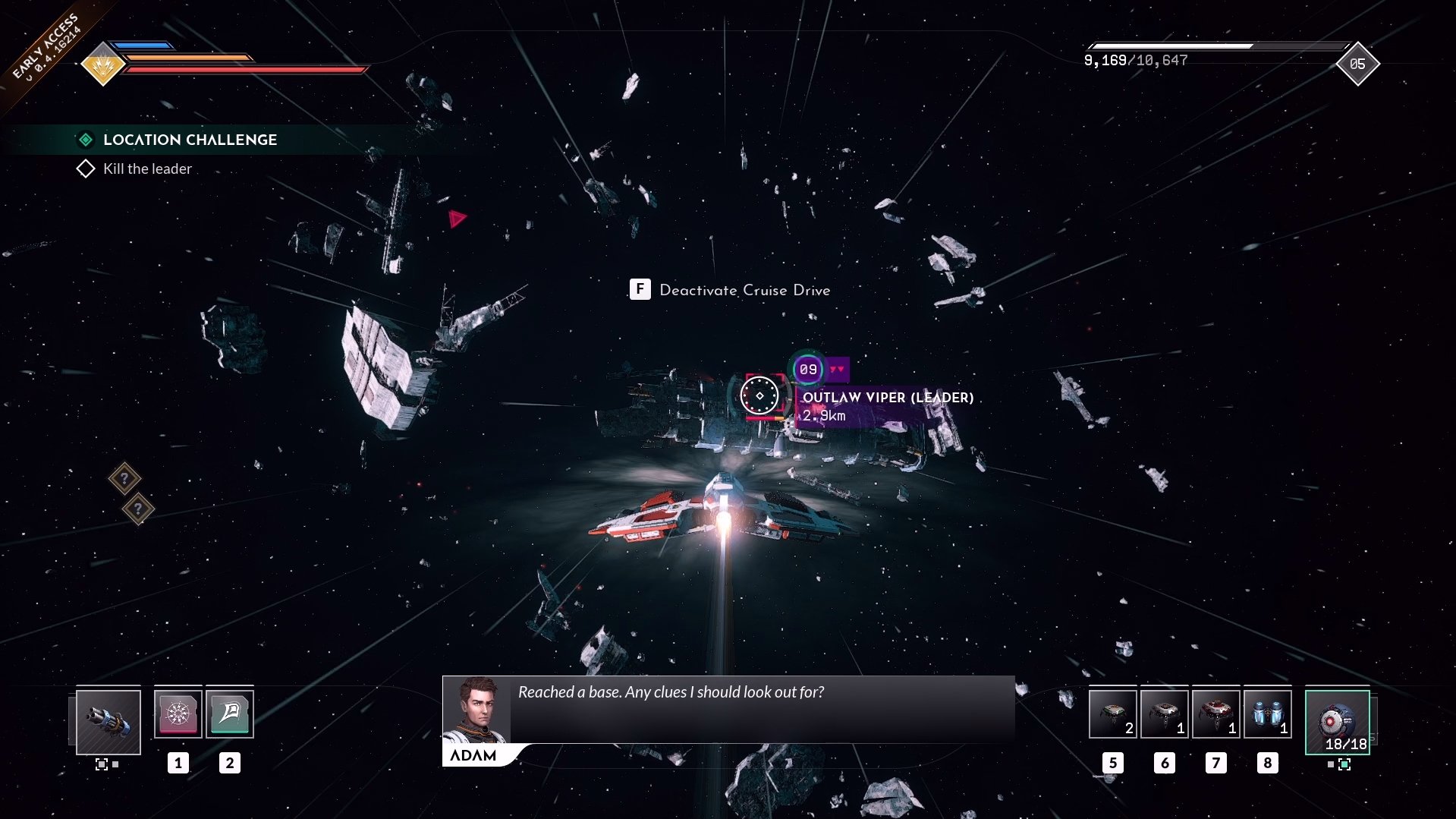 The first undiscovered site has an abandoned ship with Outlaw Turrets attached and an Outlaw Viper (Leader) ship nearby. While it doesn’t seem you need to destroy the Viper, you can blow it up for a Location Challenge. Plus, you’ll get some decent loot off them if you’re able to. As your character quickly realizes there isn’t a distractor base here, you can leave the zone for the next one. 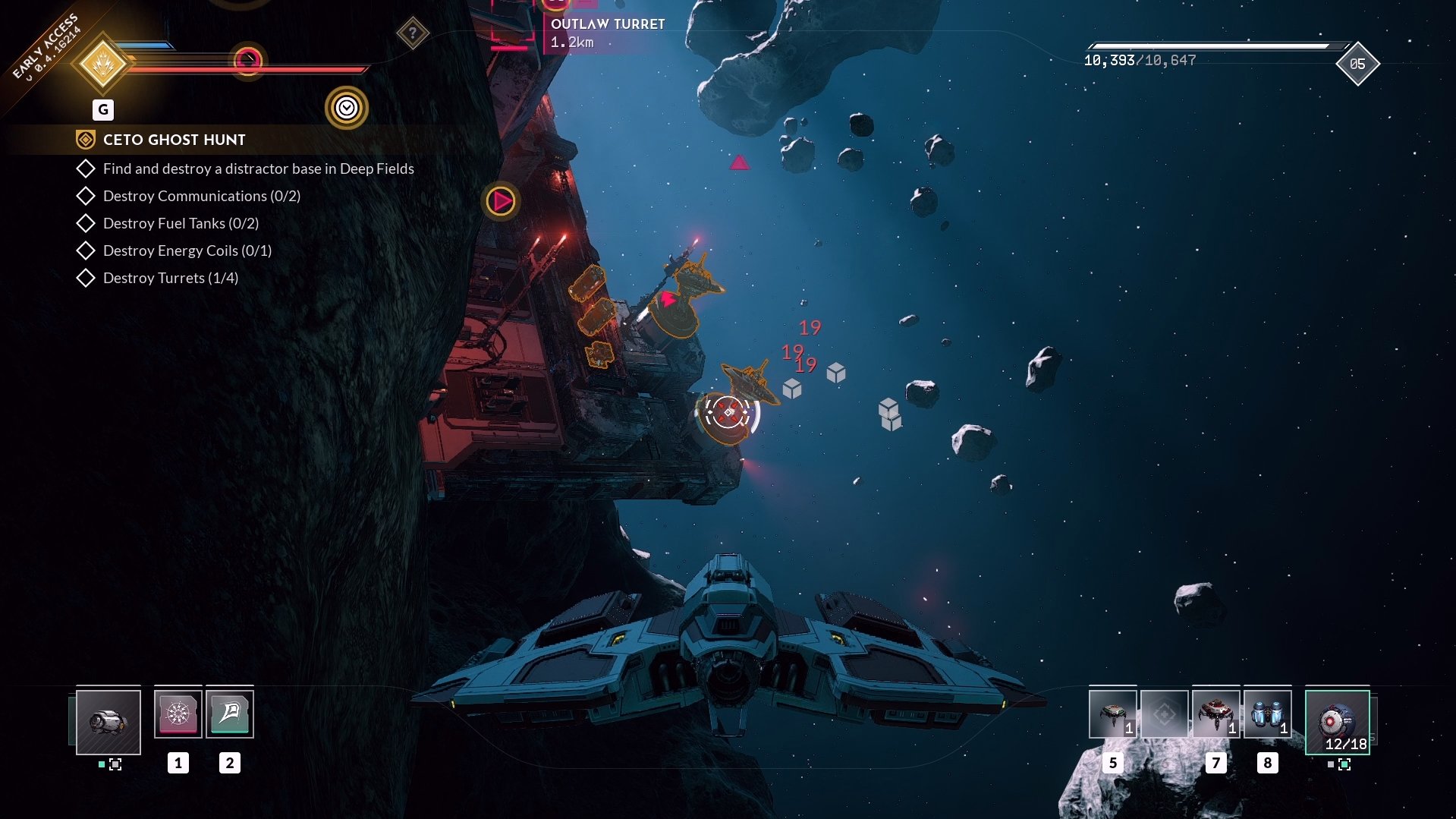 The second undiscovered site has a distractor base filled with a swarm of hostiles. Be prepared to deal with sniper drones, detonating ones, and a bunch of turrets too. Try to take out the ships and then work your way through each turret so you can safely destroy the objectives listed below. Each structure listed should be in the same area surrounded by turrets. After you destroy all nine structures, a station core will open up becoming vulnerable. Destroy this and then make your way to the next distractor base. 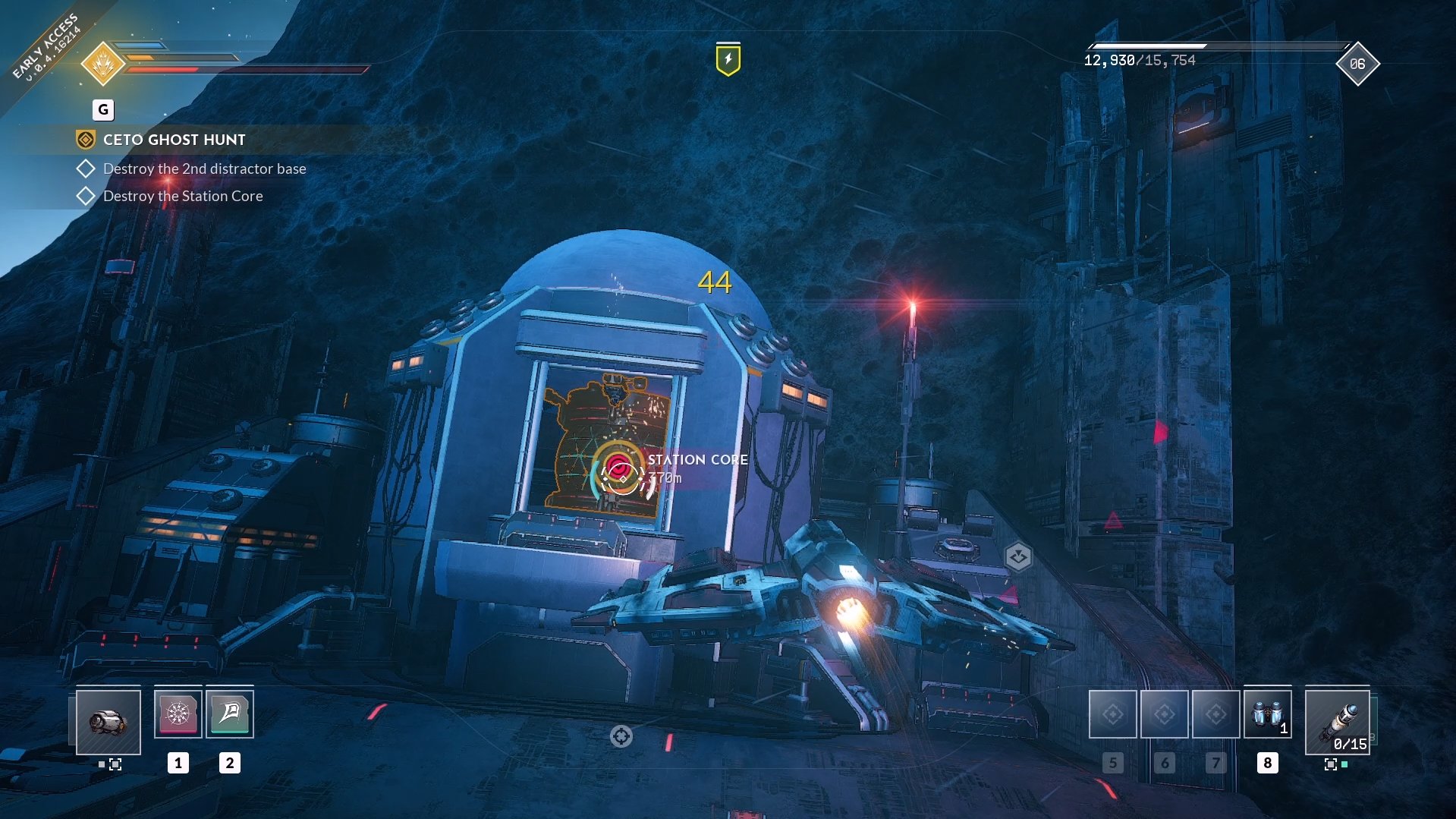 Now that you’ve made it to the second distractor base, destroy it the same way as the first. Be careful of drones and turrets that can quickly knock out your ship. Nanobots are always a great backup if you find your hull taking damage. Once you’ve destroyed each of the base structures listed below, take out the now vulnerable station core.

Return to the Homebase at Rhodia II

The latest objective sends you back to the homebase to learn where the third distractor base is. Once you arrive home, Dax will explain that the last distractor is at Palaemon’s Wound. Unfortunately, this location has a dangerous base, but at least Dax is along for the ride. Repair and restock your ship, then jump over to Palaemon’s Wound. 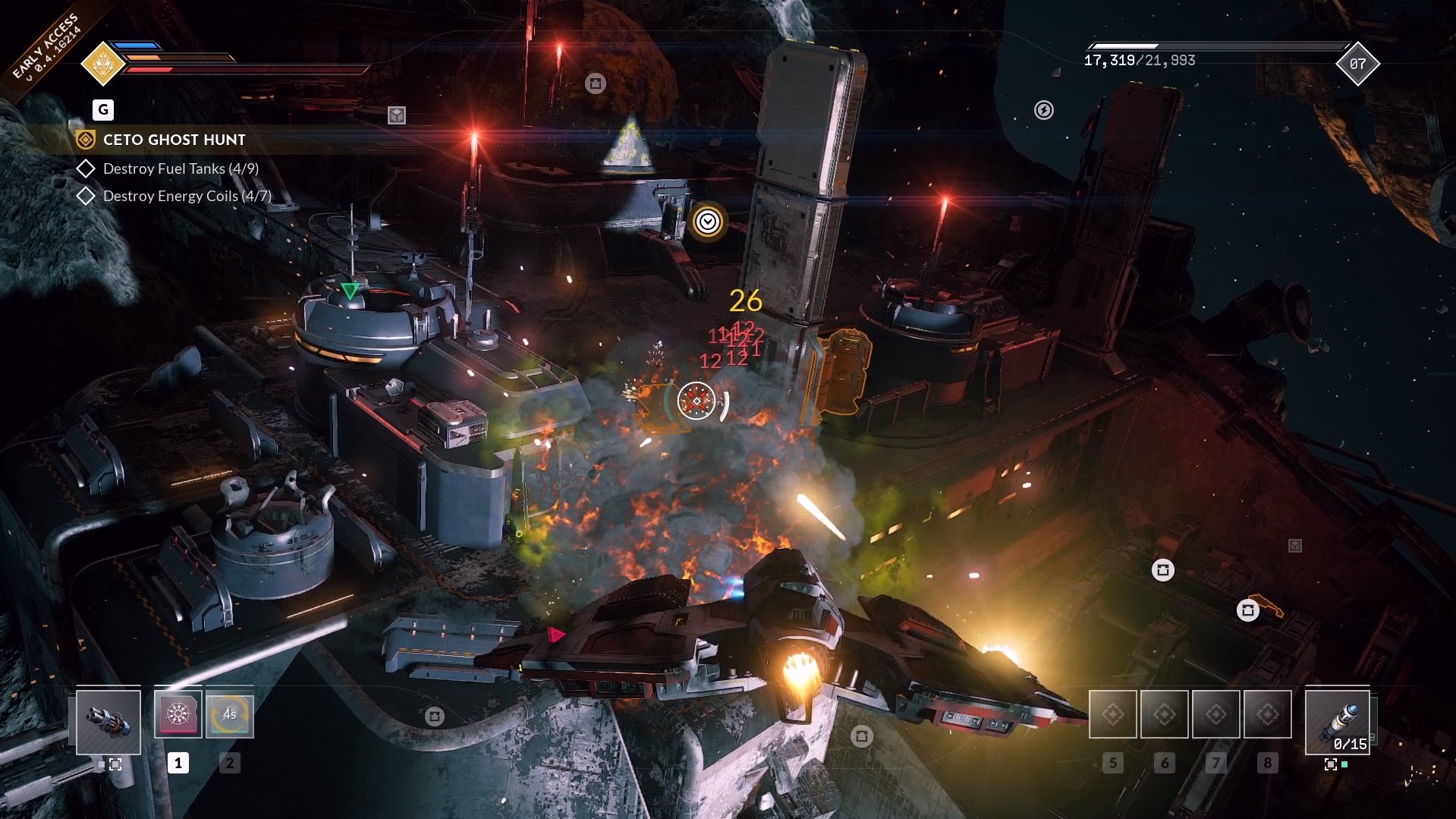 Similar to previous distractor bases, all you need to do is destroy a bunch of ships and structures to continue Ceto Ghost Hunt. Don’t worry too much about Dax as he can hold his own. If you try to destroy the Outlaw Destroyer ship in the area, fair warning, it has a ton of health. All structures that need to be destroyed are listed below. If you don’t know how to destroy Bomb Throwers, grab the bomb they throw at you and toss it back. This will destroy its shield, allowing you to shoot it.

Go to the Ghost Fleet

Now that you’ve taken out all three distractor bases, jump to the Ghost Fleet location. Aside from a few outlaws on patrol, start searching the area for AI Unit containers. After searching three AI Unit containers, the Bloodstar Chief will show up, often referred to as the gas mask. Get ready for your first boss first with our tips below.

Tips for Defeating the Outlaw Chief/Gasmask 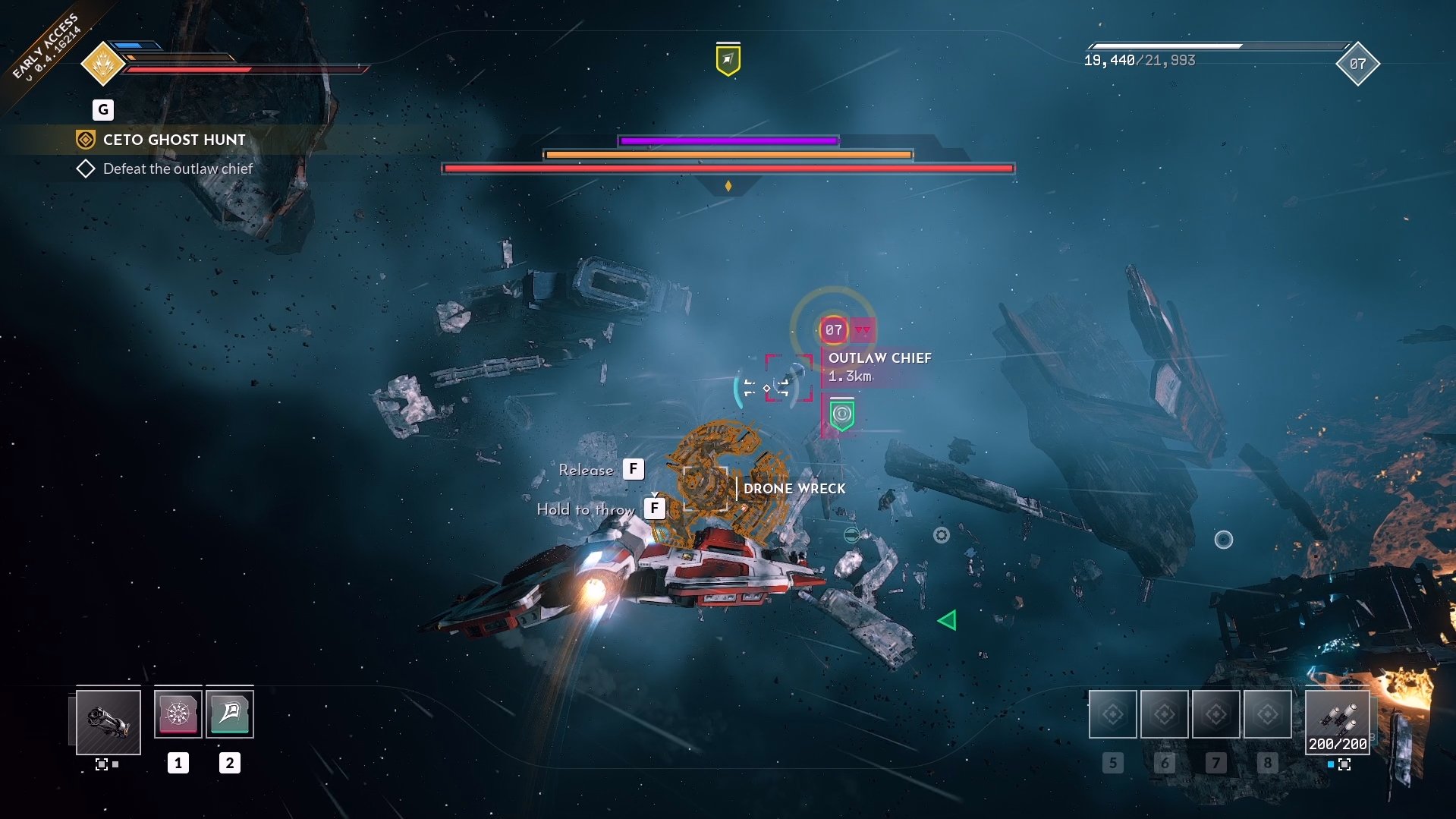 Once you’ve defeated the Outlaw Chief, a cutscene will take place revealing some major story details. We won’t spoil that here, don’t worry. After the cutscene ends, loot the wreck in front of you for a HIVE unit inside. Now you can head over to the Union Bridge jump gate and get it started up. Before you head over, make sure you’re ready for another fight. This won’t be as involved as the boss fight, but there’s still a tough ship to fight. 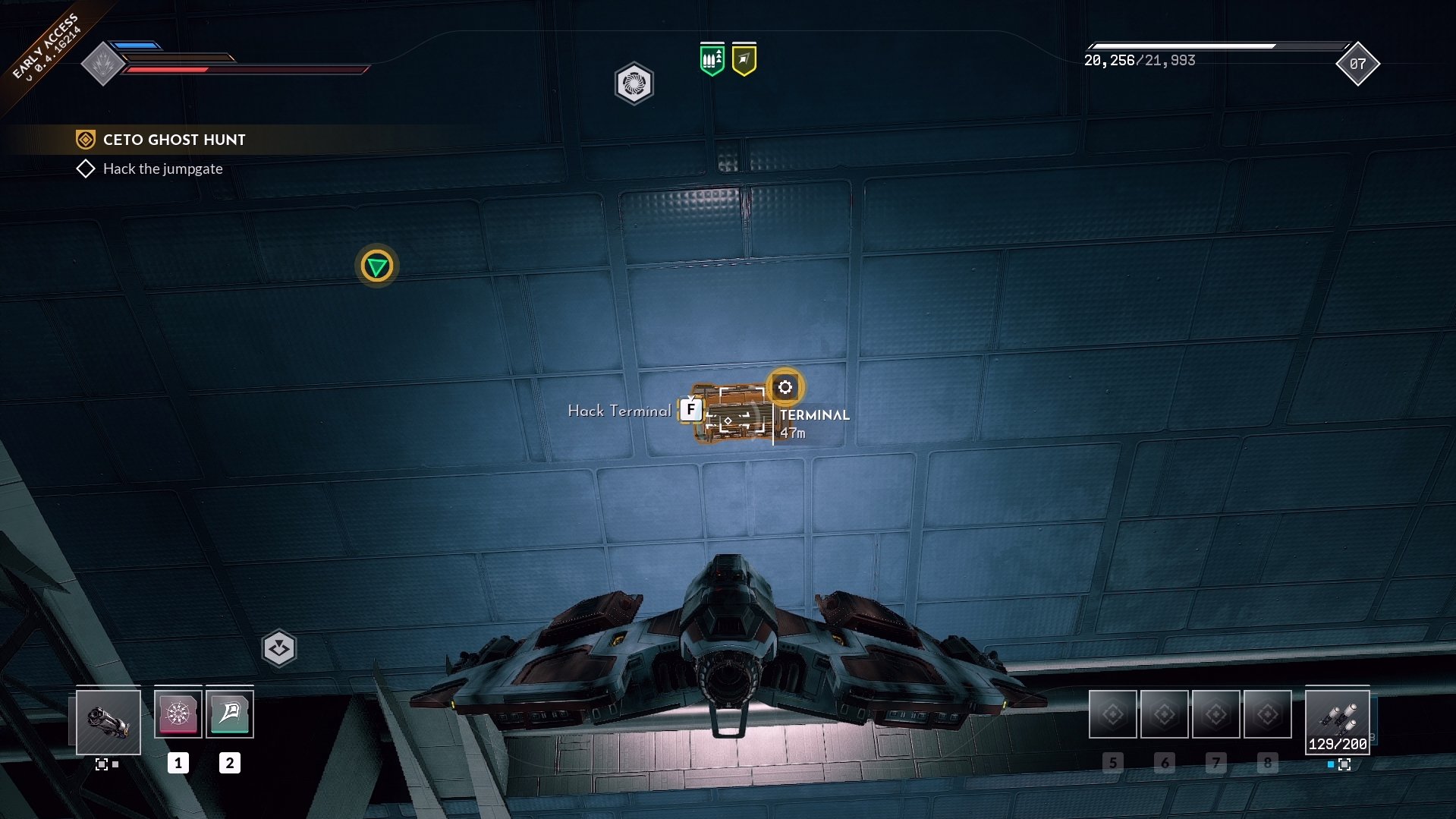 Make your way to the Union Bridge jump gate with Dax. As the abandoned HIVE unit is still a bit wonky, you’ll need to hack the gate. Follow the mission marker to the right side of the gate where a terminal is. Interacting with this will hack it and trigger another cutscene. After some time, a mysterious ship will show up and stun both Dax and the gate. Once the cutscene ends, you’ll need to fight this mysterious Elite G&B Fighter. 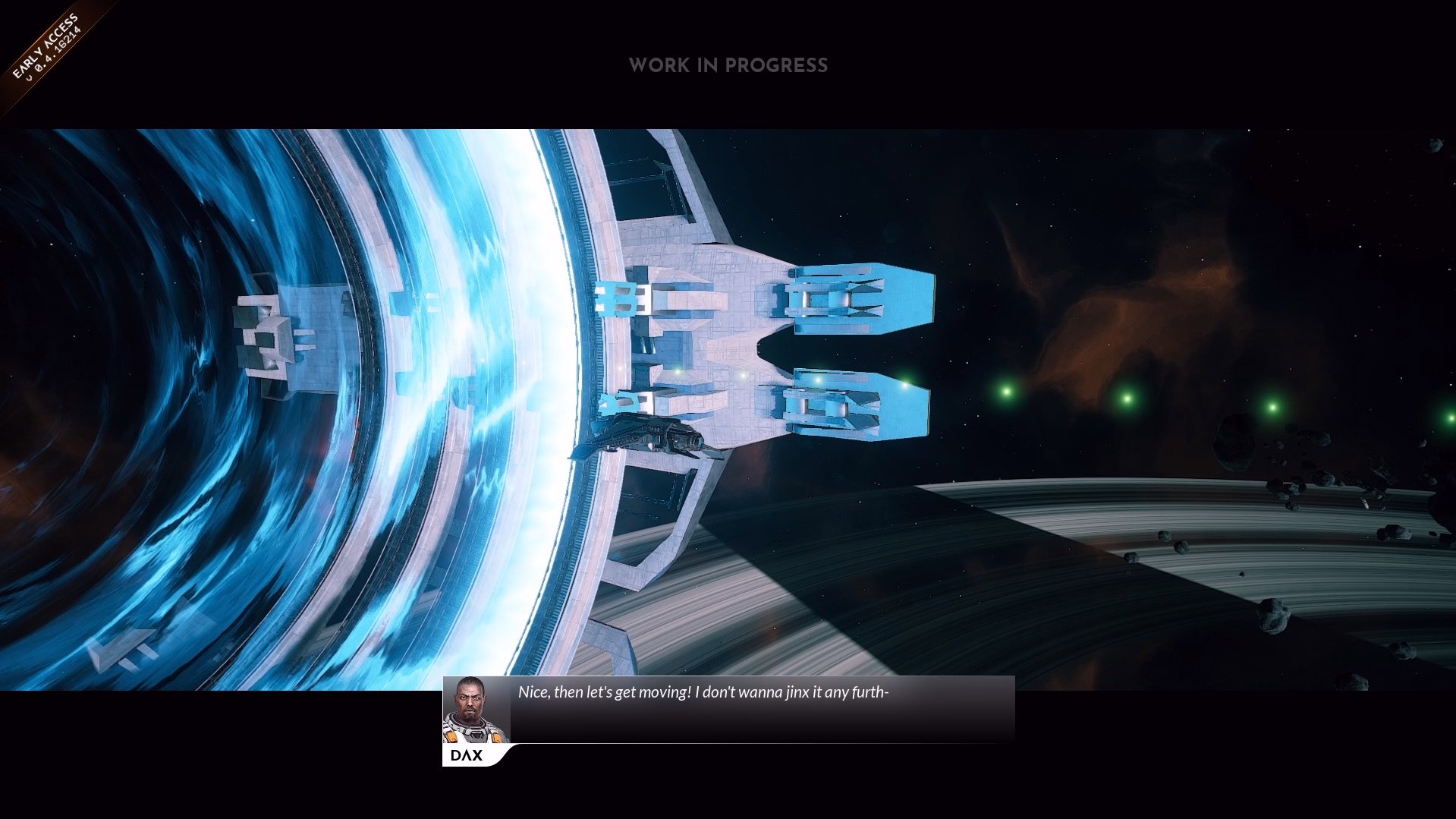 This fighter will teleport away a decent distance once it takes enough damage. Just use your Cruise Drive to get close enough for fighting again. Eventually, you’ll get an objective to go to Dax where a cutscene will trigger. Another cutscene will start when it ends back at the homebase with the doctor. This cutscene is narrated instead of completely voiced by each character, similar to one at the end of Spares & Scrap. Once this cutscene ends, the Ceto Ghost Hunt mission is over, leading into the next one, Old Friends.