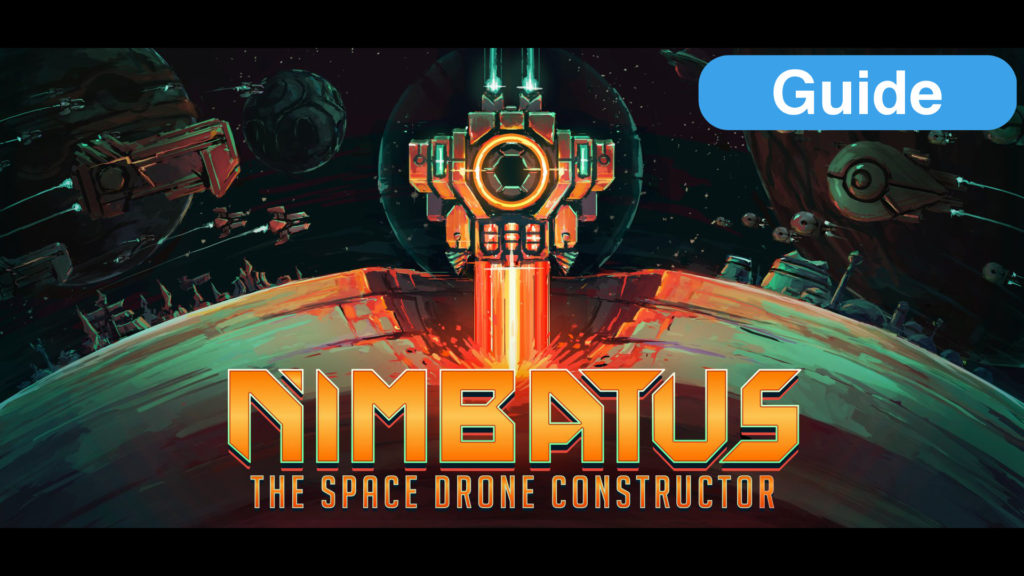 Nimbatus – The Space Drone Constructor tosses you into space with a giant ship for creating drones. Are you ready to design all sorts of simple and complex drones capable of destroying planets, flying on their own, and who knows what else? Before you get into the craziness of drone building on Steam, take a look at our tips and tricks below to have an easier start!

Tip 1 – Use the Menu Tutorials 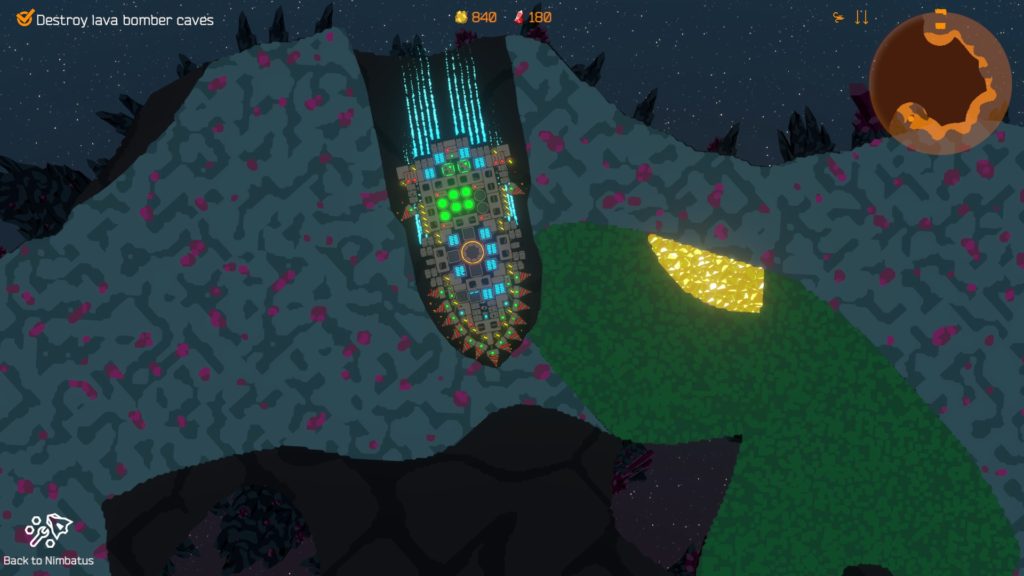 Get started using the tutorials to eventually create your own massive drone ship.

Let’s kick this guide off with the easiest tip first, use the tutorials! As someone who’s played a lot of games, it helps big time to use the tutorials in Nimbatus as they teach the mechanics. The most difficult and complex part to learn is building drones and that’s what the tutorials focus on.

Get the basics out of that way first before taking on more advanced mechanics. Each of the tutorials are mentioned in the table below and accessible in-game via the main menu.

Tip 2 – Which Nimbatus Captain is Best? 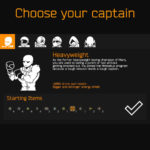 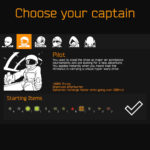 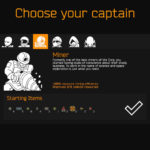 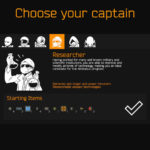 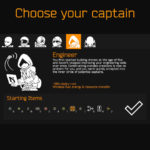 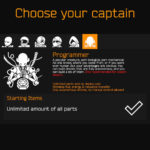 Deciding what captain is best in Nimbatus revolves around your playing style more than which has the best advantages. Each captain’s perks, difficulty, and playstyle are described below. If you’re a beginner, the Heavyweight and Researcher are great starters.

Tip 3 – How to Reduce Your Nimbatus Threat Level 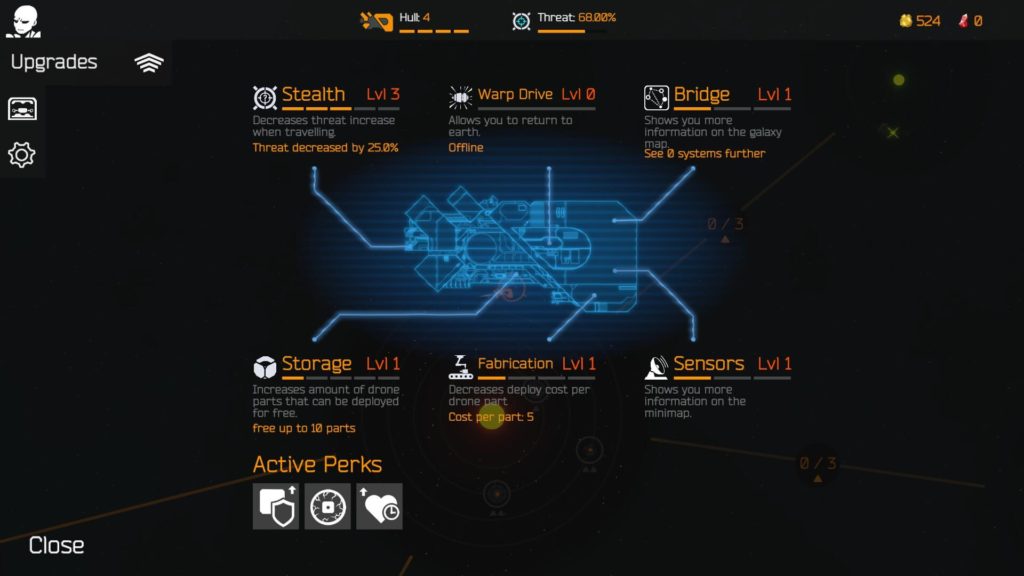 The Stealth ship upgrade is a decent way to lower your threat over time.

Stealth reduces your threat gain from traveling as shown in the screenshot above. The upgrade is purchasable at Garages and there’s a chance of acquiring it from rewards after leaving a galaxy. This is why it’s important to not loiter in one galaxy for too long. Because you’re bound to take a few hits if your threat becomes too high. 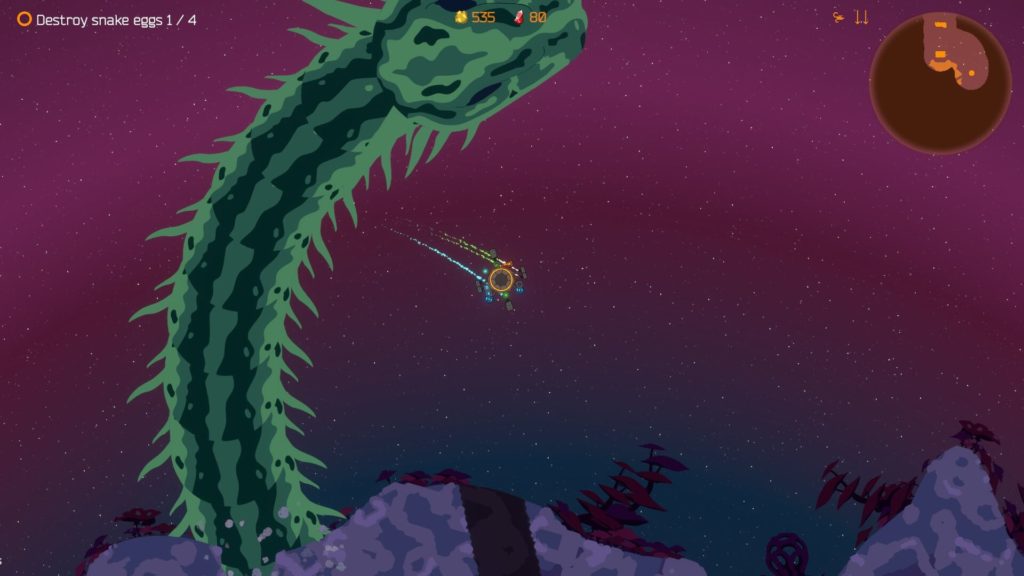 Giant beasts like the snake queen are lurking regardless of the mode, be careful!

There are two different modes you can choose for playing Nimbatus. Survival is designed similarly to a campaign with challenges and limits to succeed or fail against. Whereas Sandbox has fully customizable settings such as more specific difficulty options, all upgrades, no threat, etc.

It’s worth playing the survival mode first so you experience Nimbatus without everything immediately given to you. However, sandbox is also a neat way to learn more about building drones and the game in general.

Tip 5 – How to Get Resources 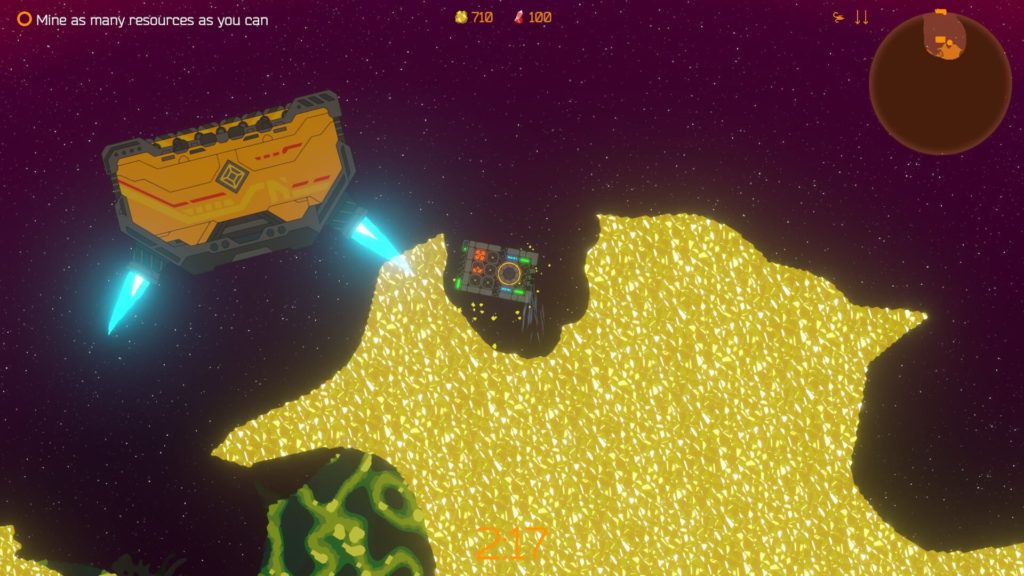 The best type of planet is the one made completely out of minerals.

Getting resources like Tritium and Unobtainium is important to both upgrade your ship and continue deploying drones. There are a few ways to get resources with the two best methods including completing missions and mining planets. If you’re not sure how to mine resources, here’s a quick guide!

Unless you pick the Miner captain, the only way to get resources on a planet is by using a Resource Collector drone part. This functions similarly to a weapon and suctions yellow/red crystals when activated, so long as it’s facing the resource. Any suctioned resources will go to a Resource Tank on your drone if you have one attached.

Miner captains can use drills to gather resources, unlike other captains. After mining resources, take them to a cargo bay beneath the starting location where the Nimbatus ship is.

Traveling to a Garage in your galaxy will have an option to scrap your ship hull for 200 Tritium. If you click this option, it deals one damage to your hull. This can only be done when your ship is above one health.

Rewards From Leaving a Galaxy

Once you leave a galaxy/area, there are several rewards that you can choose from. Alongside one weapon, there will always be three choices and sometimes this can include Unobtainium. 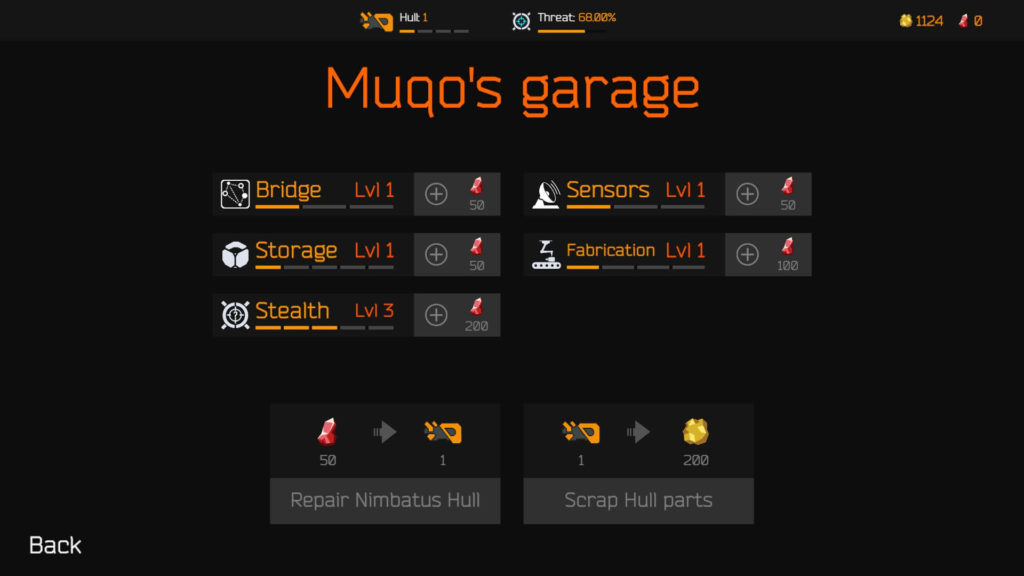 Garages are a great way to make it further in Nimbatus so long as you have Unobtainium.

If you’re having trouble keeping your threat down and the corporation keeps whacking away at you, you’re going to need some hull. Unfortunately, there are only two ways to repair your hull, and they’re not reliable.

Repairing at a Garage

The previous tip mentioned scrapping your hull at a garage for resources. However, you can also repair ship hull one health point at a time for 50 Unobtainium. This is expensive if you’re not mining resources from planets.

Getting Lucky When Leaving a Galaxy

The other way to recover your ship’s hull is among the rewards you get from leaving a galaxy. But, it’s only a random chance that you get this option to repair your hull.

Tip 7 – Use Coolers and Heaters to Fight Temperature 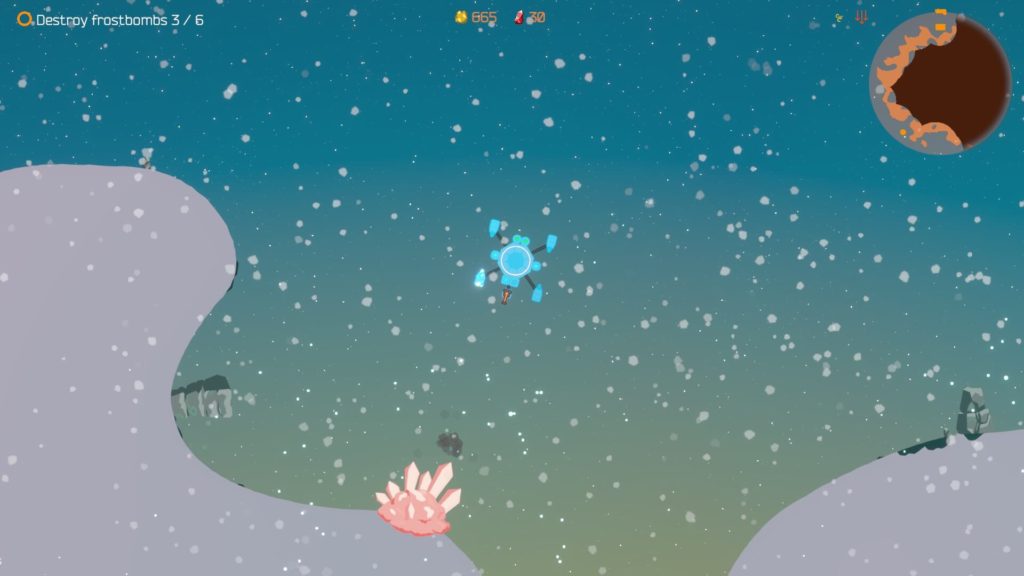 Every planet has its own unique weather, terrain, and overall design, leading to interesting conditions.

Certain planets have weather hazards and enemies that mess with the temperature of your ship. This can create disastrous scenarios if your entire ship freezes or explodes from overheating. Prevent that from happening with a few simple tricks!

4 Ways to Fight the Cold

4 Ways to Fight the Heat

Also, you can use plasma weapons to heat up cold enemies or cryogenics against hot ones.

Tip 8 – Knowing How to Use Magnets 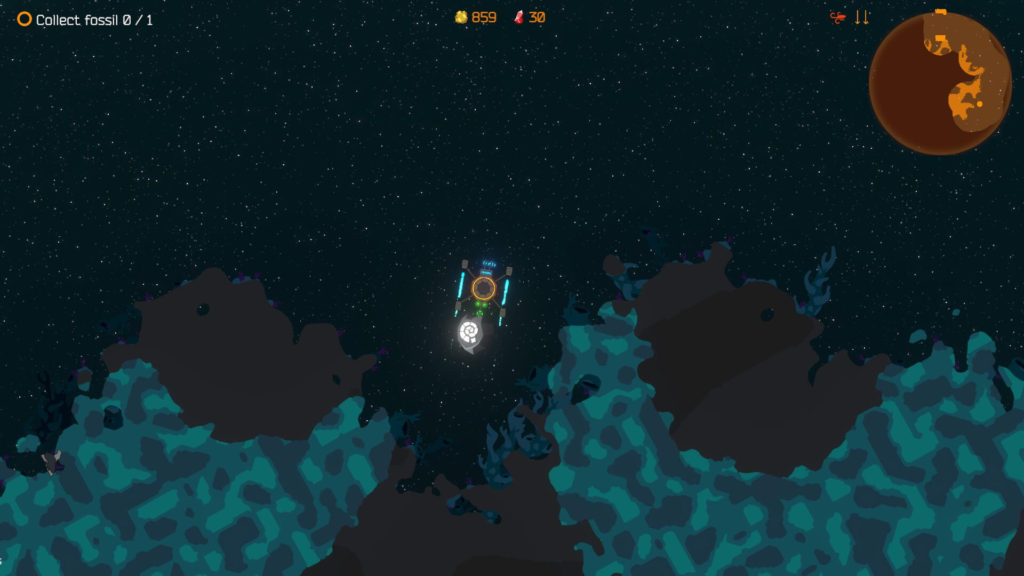 Try not to forget magnets for the missions that require them.

Several missions in Nimbatus require magnets to transport objectives. If you don’t know how to use them, this quick tip will explain how. So long as your drone has power and a magnet part, you can activate it to attract or repel depending on its settings. While the magnet is active, magnetic objects within its range will be affected. If you run out of battery power, the magnet will disable and lose its ability.

Video example of a magnet here.

Certain missions below can still be completed without magnets, but it’s much more difficult.

Tip 9 – Understanding the Basics of Logic 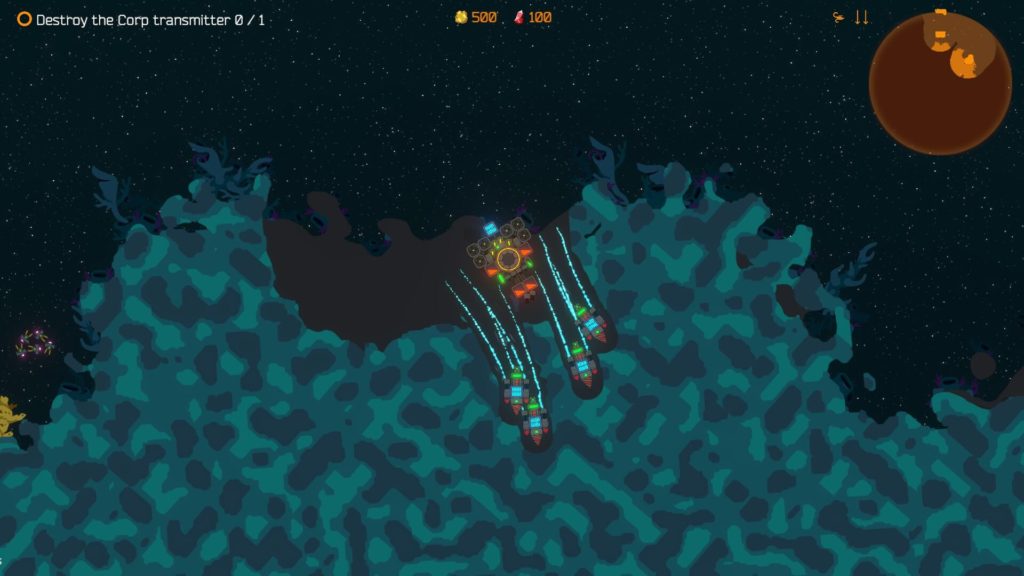 Logic parts are the way to autonomous drones and an easier life.

Logic is a form of programming that exists in Nimbatus by using certain parts. This is where drone creators can truly get creative with autonomous drone ideas. Logic is often used with sensors to create fully autonomous drones.

The first advanced tutorial covers how to use Buttons for activating a certain key. This makes it so once you get into a mission, whatever keybind is set to it will not stop pressing until it breaks. Because of how simple Buttons are, they’re a little limited.

Most Logic parts revolve around an input and output button. Once the input button is pressed, the output button is then pressed. For example, a Temperature Sensor outputs the “Q” key when the drone becomes too cold, which then activates an If Gate to press the “E” key, which is the input key for a Heater. This creates a system where the drone automatically warms itself up.

If you’re a beginner, I don’t recommend getting too crazy with Logic parts. However, the On / Off Switch is relatively simple and useful for toggling devices. This prevents needing to hold down a button for a shield or a magnet. 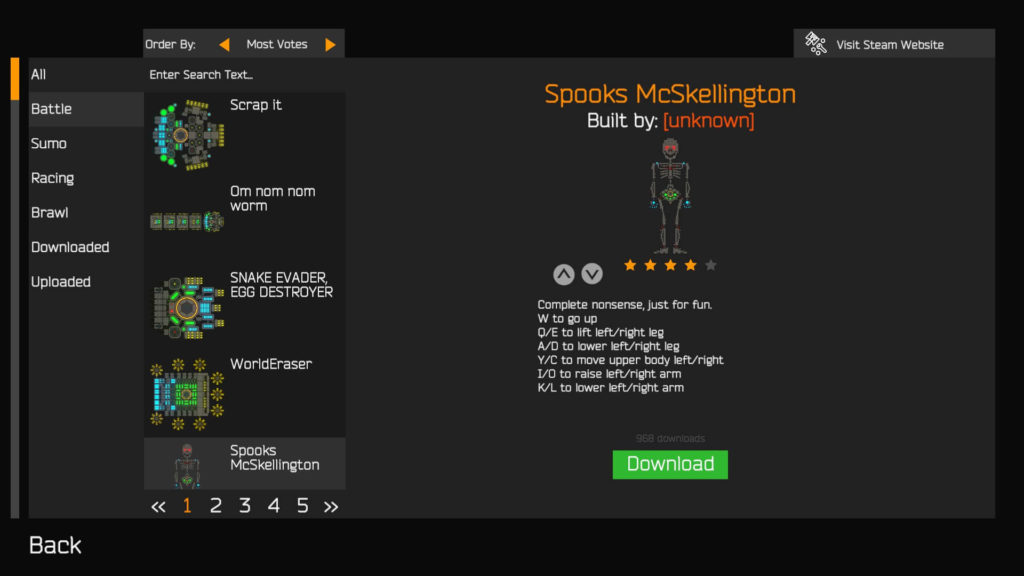 Who needs a strong drone when you can have a giant skeleton in space?

The Steam Workshop is a goldmine for both powerful and silly drones to download. For some odd reason, there’s a large number of drones inspired by Terraria bosses. Regardless, the Steam Workshop drones are great for multiplayer training modes and using in the sandbox mode.

Once you enter the Hangar, there’s a tab at the top right corner labeled, “Steam Workshop” that opens a folder of downloadable drones. Upon clicking a ship you want to download, there will be a download button to get it.  Downloaded drones are accessible from the bottom left corner in the Hangar where there’s a “Downloaded” tab that stores them.

If you prefer to download drones outside of Nimbatus, it works the same as other Steam games too. You can access the Nimbatus Steam Workshop page here.

Be sure to drop some tips in the comments below for others trying to learn more about Nimbatus. If you need help with anything specific, feel free to also ask in the comments.

Nimbatus is available on PC via Steam and released on May 14, 2020. Developer Straw Fawn Studio Kickstarted the project in December 2017, later entering Steam Early Access.

Nimbatus was provided by the developer via a Steam code.