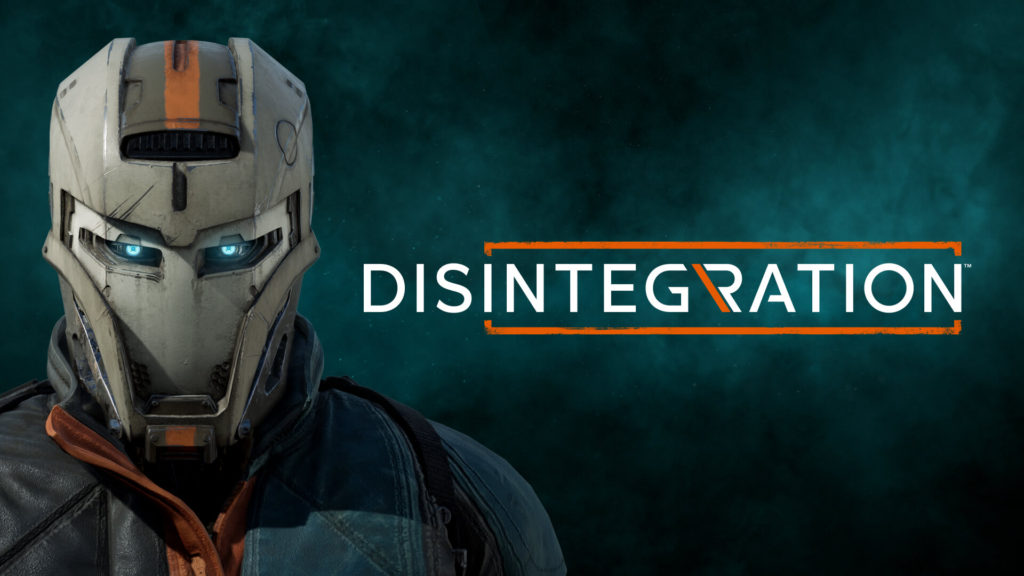 If you’re a fan of shooter games, get ready for Disintegration from V1 Interactive with this guide about crews. The competitive multiplayer modes featured in the recent technical beta have classes known as crews. Each crew has a unique loadout, design, and more that makes their playstyle interesting.

Every crew has a massive ship rigged with guns known as a gravcycle and people on the ground you can control. Leading these units from the gravcycle is what makes Disintegration a fascinating shooter with its overlapping RTS elements.

Take a peek below at each of the seven crews included in the upcoming open technical beta. The beta starts on January 31 at 1 p.m. ET and ends on February 1 at 2:59 a.m.

All images are expandable by clicking them. 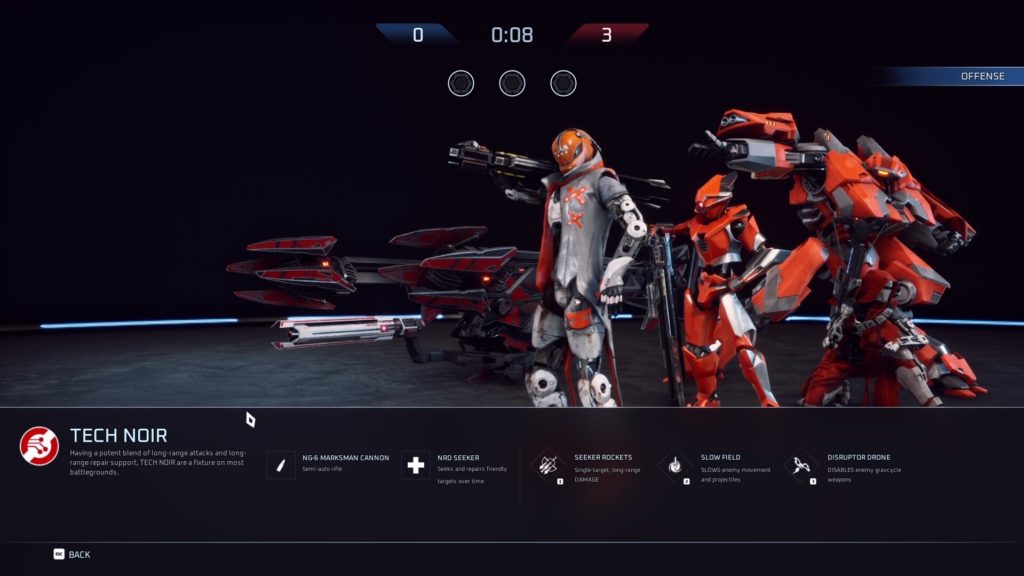 The Tech Noir crew revolves around sniping and healing teammates from a distance. However, the quick mobility supports an advanced player that likes to get up close too. So long as you don’t get yourself blown up as a fragile gravcycle. The Tech Noir crew has three units that use Seeker Rockets, a Slow Field, and a Disruptor Drone.

Tech Noir is one of the strongest classes in Disintegration right now. It can deal high damage from any distance, support teammates, and still play a utility role with the Slow Field. If you want a meta class, the Tech Noir is it. 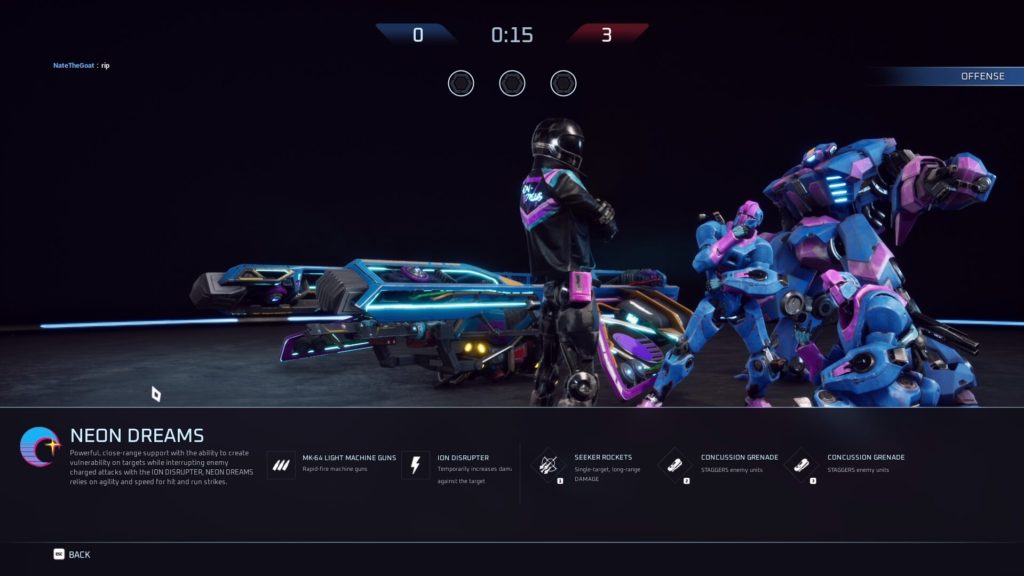 Neon Deams is a class that expert players can take advantage of so long as they don’t get hit too much. This is why the healing abilities of the Tech Noir combined with Neon Dreams is a brutal combination. Managing your machine gun heat well is also a game-changer. 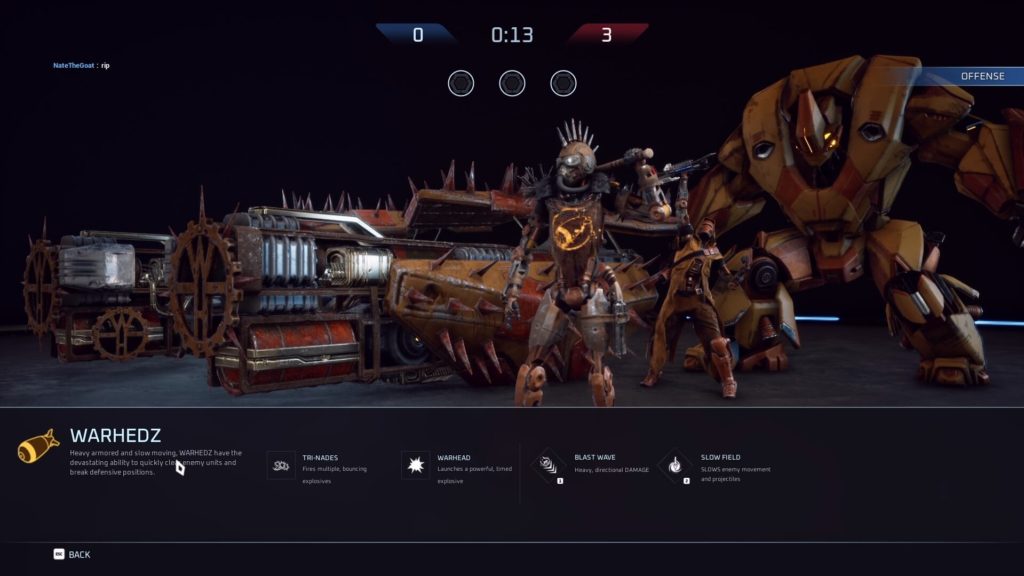 The Warhedz crew is a massive gravcycle that can take a beating. Its primary weapon is difficult to use. However, the secondary Warhead is great for setting traps and destroying enemy players. The Warhedz crew has two units that use Blast Wave and Slow Field.

Warhedz is a class for creative players that find opportunities to blow multiple players up. The slow speed is rough, but the durability makes up for it so long as you’re not alone. However, I struggled to use the primary weapon well. It just takes a little more skill to land your hits as a projectile weapon. Also, their heavy armored Rhino unit is great for the Retrieval mode. 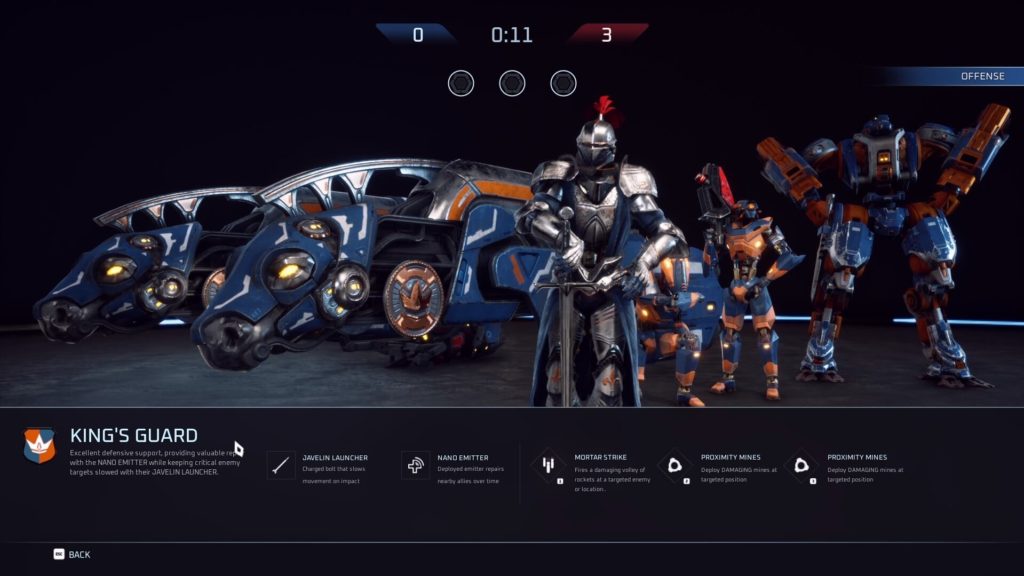 King’s Guard utility is unmatched and that’s what makes them an interesting crew/class. The Javelin Launcher’s slow debuff is enough to ruin any player’s dogfight. Also, the Mortar Strike and Proximity Mines are perfect for defending an area regardless of the mode. 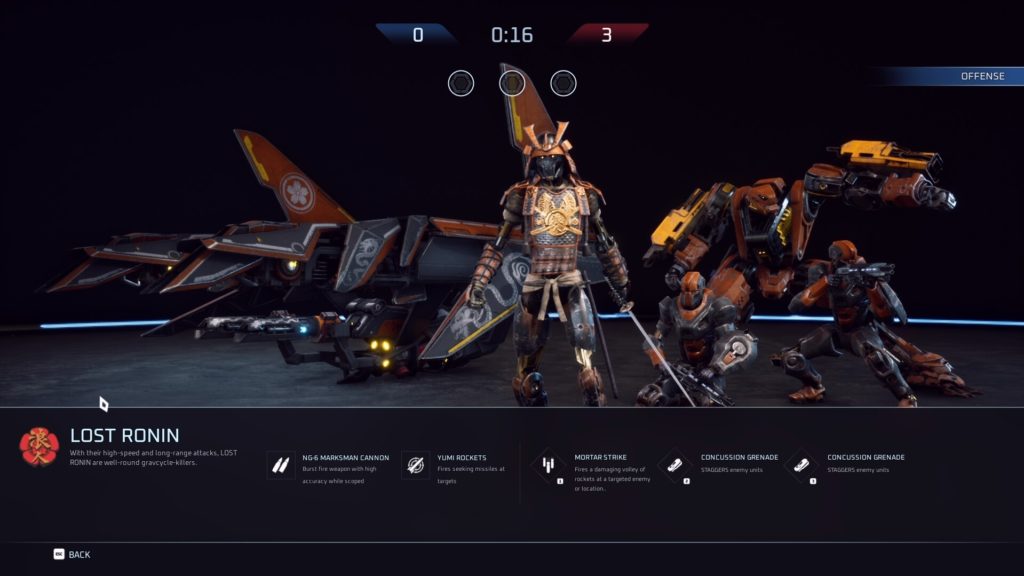 The Lost Ronin crew is a favorite of mine alongside Tech Noir because of their damage. While the primary is nice for harassing regardless of range, the Yumi Rockets are insane burst damage. The rockets alone make the Lost Ronin crew an assassin class in Disintegration. 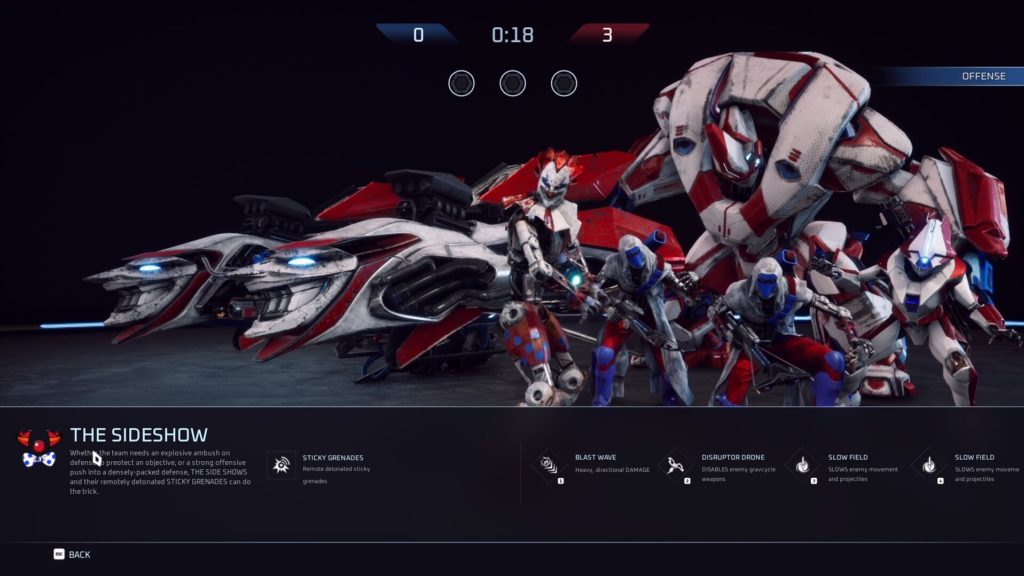 The Sideshow crew has a massive gravcycle with a unique weapon, unlike the others. Their sticky grenades are remotely detonated for a surprise explosion on unaware players. The four Sideshow crew units use Blast Wave, a Disruptor Drone, Slow Field, and Slow Field.

Aside from wanting to look like terrifying clowns, The Sideshow crew has the largest number of units. The Sticky Grenades are satisfying to use alongside a horde of four units. A player who knows how to manage their units efficiently will benefit from this crew the most. 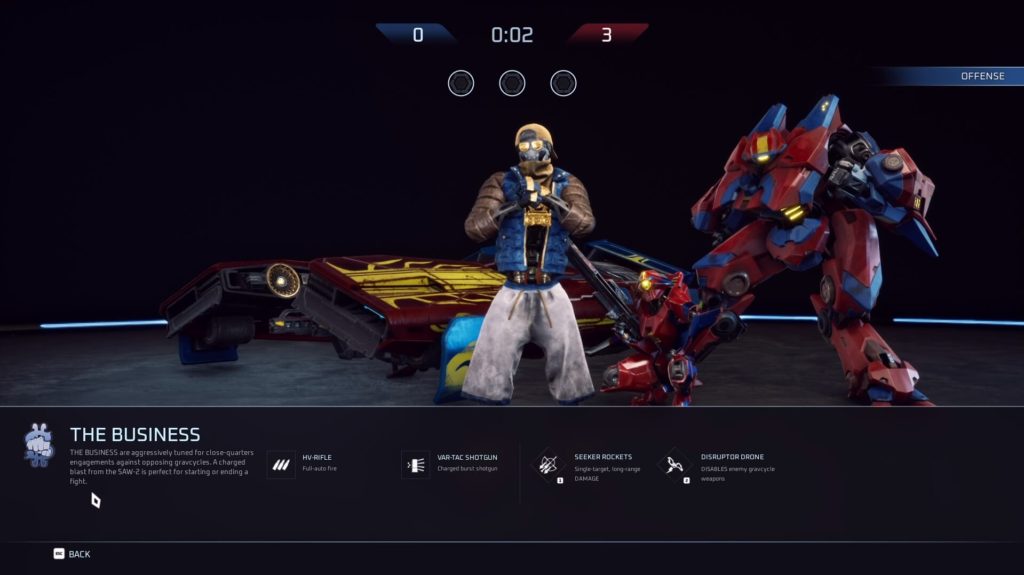 The Business crew is a good gravcycle to learn with because of its high stats across the board. It has decent durability without sacrificing mobility. The two Business crew units use Seeker Rockets and a Disruptor Drone.

I haven’t used The Business in Disintegration much because I enjoy the extremes of other classes. However, the Var-Tac Shotgun is comparable to the Yumi Rockets in the damage it deals. Regardless of whether you catch a player by surprise or not, the Var-Tac Shotgun is taking a chunk out of their health. Also, the Seeker Rockets and Disruptor Drone work well by disabling an enemy’s weapons and dealing additional damage.

Two crews not included in the Disintegration technical betas are the Militia and Meurtos. The Militia is a high durability crew that uses heavy explosive cannons with a deployable turret. While the Meurtos is a mobile crew that uses semi-auto shotguns and a small bot spawner.

I hope this guide helps you understand the different Disintegration crews and what works best for your play style. If you have any questions, comment below and I’ll try to help! Further information about the game is available on its website here.

A beta key for Disintegration was provided by the publisher.