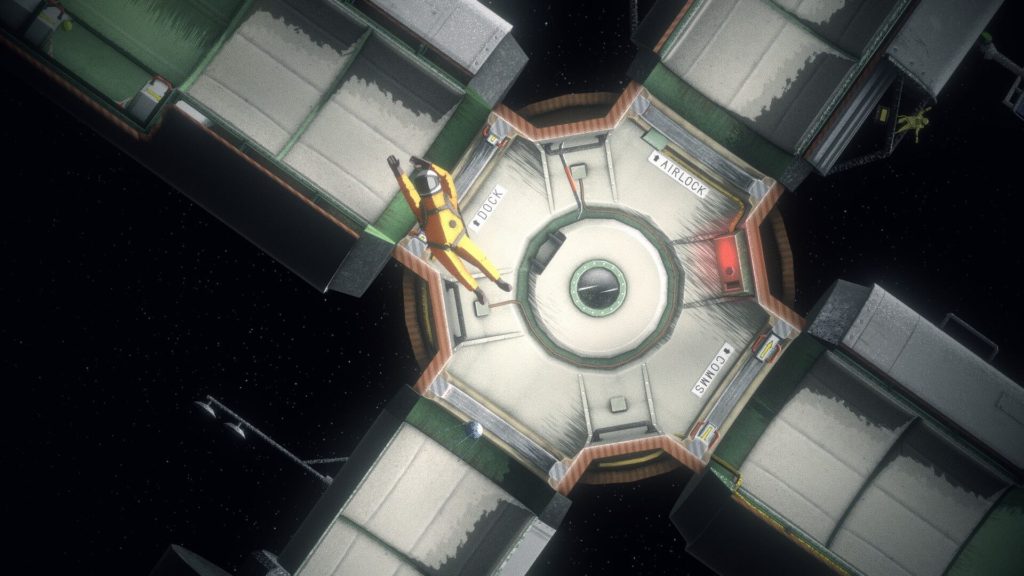 The Game Awards took place in early December 2019 and Heavenly Bodies was one of many demos released on Steam temporarily. The 10-minute demo features trying to escape a space station with an emphasis on physics. By emphasizing the control of each limb individually, it creates one heck of a difficult time.

The timed demo adds to the anxiety of trying to control your way through the station while floating about. Heavenly Bodies exceptionally shows the struggles of no gravity in everything you do. In a span of 10 minutes, I could not have been more flustered when a lever was barely out of reach. Or pushing off a wall and going flying across the narrow tunnels of the station by mistake.

How Do You Control the Astronaut?

No gravity is one challenge to overcome, but the controls are also a bit difficult. The controls on controllers work as follows:

The main problem my brother and I ran into with controlling our astronaut is the camera turning on its own in Heavenly Bodies. This creates a situation where you’re constantly turning your head, and the direction of your arms changes. I personally handled it well, but my brother had more difficulty with it.

What Do You Do in Space?

It appears Heavenly Bodies will take place over several missions with each functioning as a puzzle in itself. The demo focused on getting your bearings and then repairing a solar panel to access a Comms Terminal. Difficult controls would be one thing, but the station has all sorts of little problems that hinder your progress.

The first challenge is opening the airlock to proceed outside where the crunched solar panel is. However, before I could get to the solar panel, the lever opening the airlock snapped off because why not? You’d think whoever built this station would have put more effort into levers not snapping. But, it suddenly begins to make sense why we’re trying to escape when things are falling apart.

The gameplay of Heavenly Bodies is what makes it interesting rather than a strong story thus far. It’s possible a narrative might be added, but that doesn’t appear to be the focus. Instead, it’s the hectic madness of flailing through space trying to complete small tasks. This is where people will love the challenge of traveling through space as fast and efficiently as possible.

My second time with the demo, I noticed grabbable railings and how I could kick my legs to move forward. There’s some sense of pride when everything comes together. In my first demo attempt, it ended before I could finish it. However, the second time around I sped through with time to spare.

The demo from developer 2pt Interactive was a nice slice of what to expect from the troubles of no gravity. It should be interesting to see how the rest of the game plays out when it releases sometime in 2021 according to the Steam page. As long as the controls don’t come off as too frustrating, they’re sure to create a challenge people enjoy. There’s nothing more satisfying than achieving a good grip on the controls and floating through the station with ease.

Heavenly Bodies is planned for PC and Mac, sometime in 2021. It will also have cooperative play with up to two people.