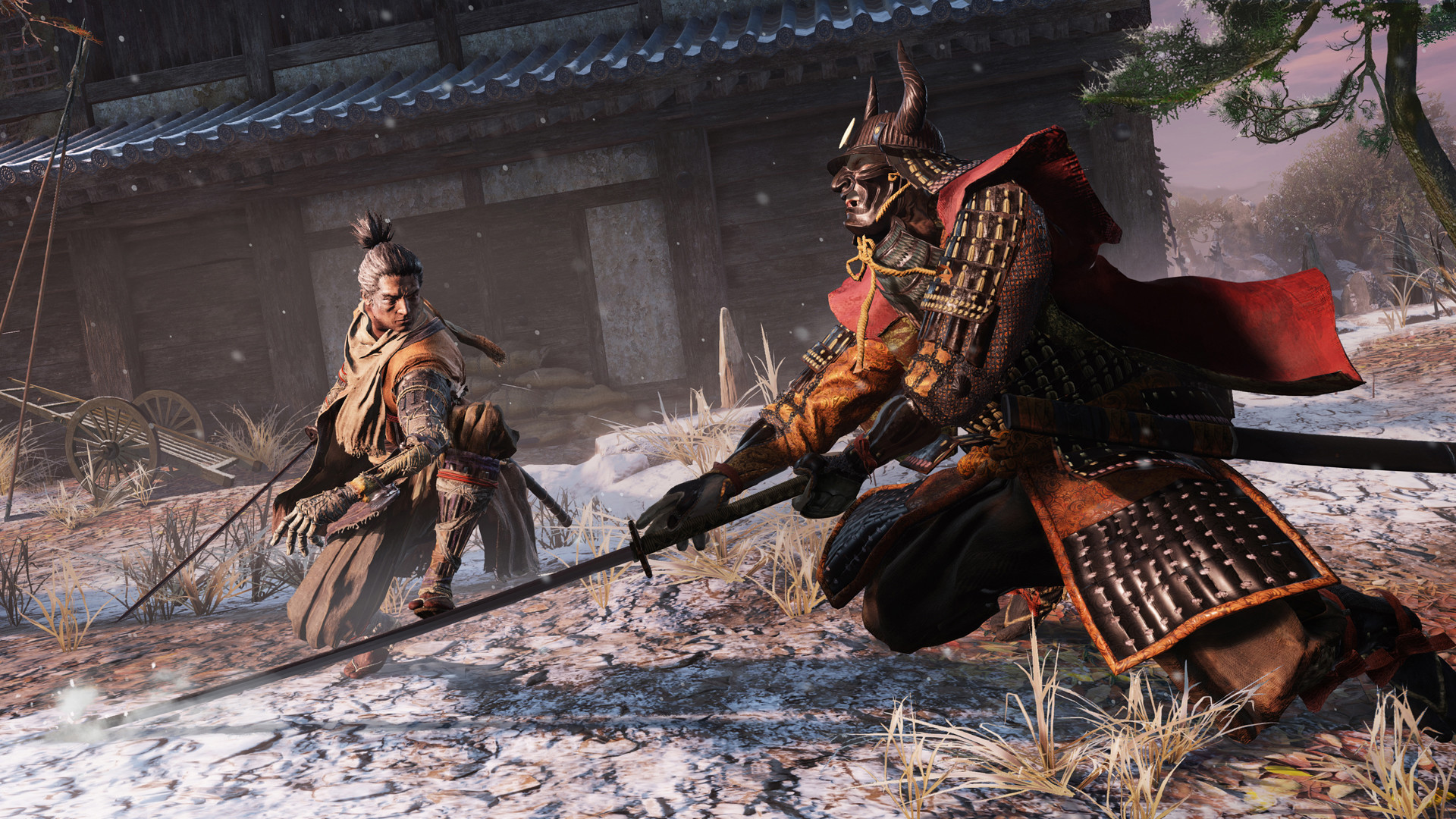 Sekiro: Shadows Die Twice released close to two weeks ago and has led to a lot of discussion around how difficulty affects how accessible a video game is. Originally I thought it was a discussion that wouldn’t last too long, perhaps a couple of days. But, over time it grew into more people tweeting about it, talking on Reddit, ResetEra, and games writers throwing in their take on it. It has finally gotten to the point that I’m frustrated and have to get my thoughts down on paper as well.

Sekiro merely got the conversation started and is by no means the focus of the conversation here as far as I’m concerned. A quick disclaimer before I continue, I do not own and have not played Sekiro.

The issue everyone is focused on is that Sekiro does not have any difficulty options. This isn’t anything new for the most part from the developer behind Sekiro, From Software. Classes in previous From Software games like the Souls franchise do offer some room for difficulty, such as the Deprived class in Dark Souls. However, they don’t have the traditional difficulties of easy, normal, and hard, for example. This is where the issue comes in.

People in the gaming community currently are arguing over whether Sekiro should have difficulty options such as those. Some believe it should have an easy mode to make the game more accessible for those that may not be able to handle its difficulty.

The problem in most discussions I’ve seen is that people don’t understand what it’s like to have a disability. I’m not going to name anything specific because quite frankly, I’m lucky enough that my only fault is my eyesight. I’m lucky that I can correct it using glasses or contacts. This is my way of saying, similar to many others, I don’t have the perspective many disabled people do.

The reason I’m focusing on this perspective is that people need to understand it. Over the last two weeks, I have consistently seen people argue that Sekiro and other games from this developer are intentionally difficult. These games are supposed to be challenging and not an easy experience. I keep hearing people say that adding difficulty options would ruin the experience of what it is. This is dead wrong.

What is challenging to one person, may not be challenging to another. We play video games to have fun and sure, sometimes they aren’t fun. Sometimes we love a good challenge and it’s extremely satisfying when you get past that obstacle or boss that took you hours to beat. Everyone deserves to have that satisfaction. However, that doesn’t mean if you play on hard, someone playing on easy isn’t experiencing the same challenge. Whether you grew up with a sibling that was always better than you at a game or watch eSports pros online, differences in skill exist. It’s also important to acknowledge not everyone is on the same playing level.

The challenging experience that so many people are arguing is what makes a game like Sekiro or Dark Souls what it is, can be played on more than one difficulty. Regardless of whether you have a disability affecting your ability to play a game, it should be accessible. What is the issue with a video game being accessible to everyone and not just the majority? Someone’s experience isn’t going to be hindered by a difficulty option making it playable for someone else. 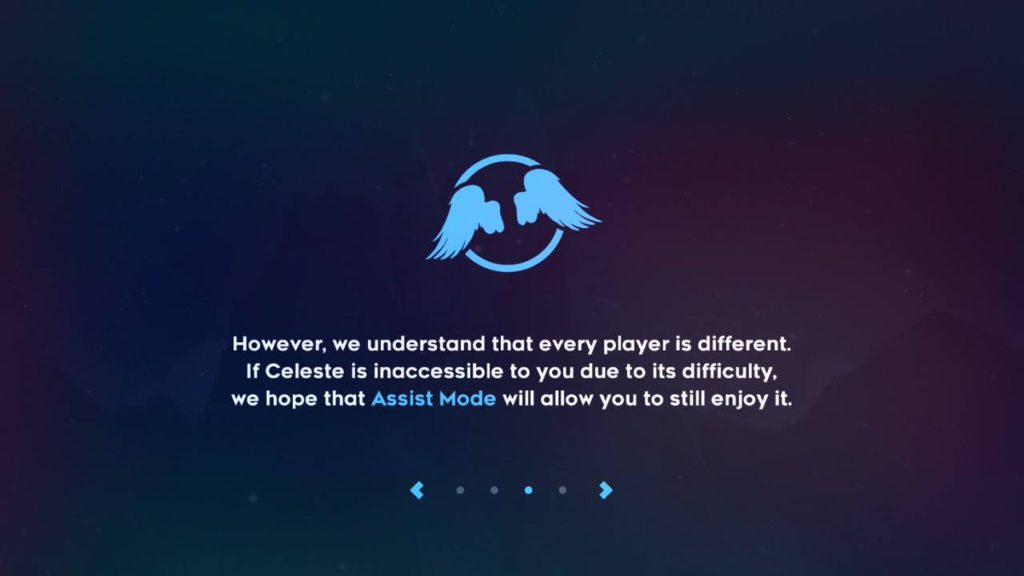 Another common argument I think is ridiculous is that adding easier difficulty options ruins it for those playing on harder difficulties. By not having difficulty options in Sekiro, people are forced to play on whatever difficulty the developer puts in place. Therefore, people think if easier options exist, for some reason they would have to play on those. No, that’s no the case. That’s a problem with the player not choosing the difficulty that suits them for the experience they want.

Choose How You Want to Play

If the ideal Sekiro playthrough to you is a challenge, then choose a hard difficulty. Don’t choose an easy one. That’s your choice. If you can’t handle making that decision, it doesn’t mean others don’t deserve difficulty options.

A game developer behind Celeste, Matt Thorson, described how their assist mode in Celeste is an example of making a game more accessible:

If Sekiro had a Celeste-style Assist mode:
-Combat Speed (50-100%, sets game speed while enemies are aggro’d)
-Resurrections (+1, or infinite)
-Invisible While Sneaking
-Infinite Posture
-Invincible (while drinking gourd, or always)

“What able-bodied people don’t understand is that as disabled people, many of us are already playing things in “hard mode” at all times.”

I’m lucky I can play a game like Sekiro without difficulty options available to me. Not everyone is. It’s important to remember those people exist and to continue making it possible for them to enjoy video games the way we’re able to.

Here’s another example of a developer speaking up due to the recent controversy. The developer Outer Loop Games currently working on Falcon Age tweeted about an “Imprint Mode”. This mode as described and shown in the video below allows players to avoid enemies and enjoy a more leisurely experience.

While showing the game off at events we noticed some players wanted to enjoy their time with the falcon, story, hunting, and crafting. We decided to add a mode that was combat optional called Imprint mode. Enemies don’t see you or your falcon in this mode. #falconage pic.twitter.com/gDCeRjgGmT

If someone wants to use the Imprint Mode, why not let them? Nobody should have any sort of complaint or argument over why someone isn’t allowed to play Falcon Age that way. If I want to play in that mode, then I will. If I don’t want to, then I won’t. It’s as simple as that. This is why difficulty options exist.