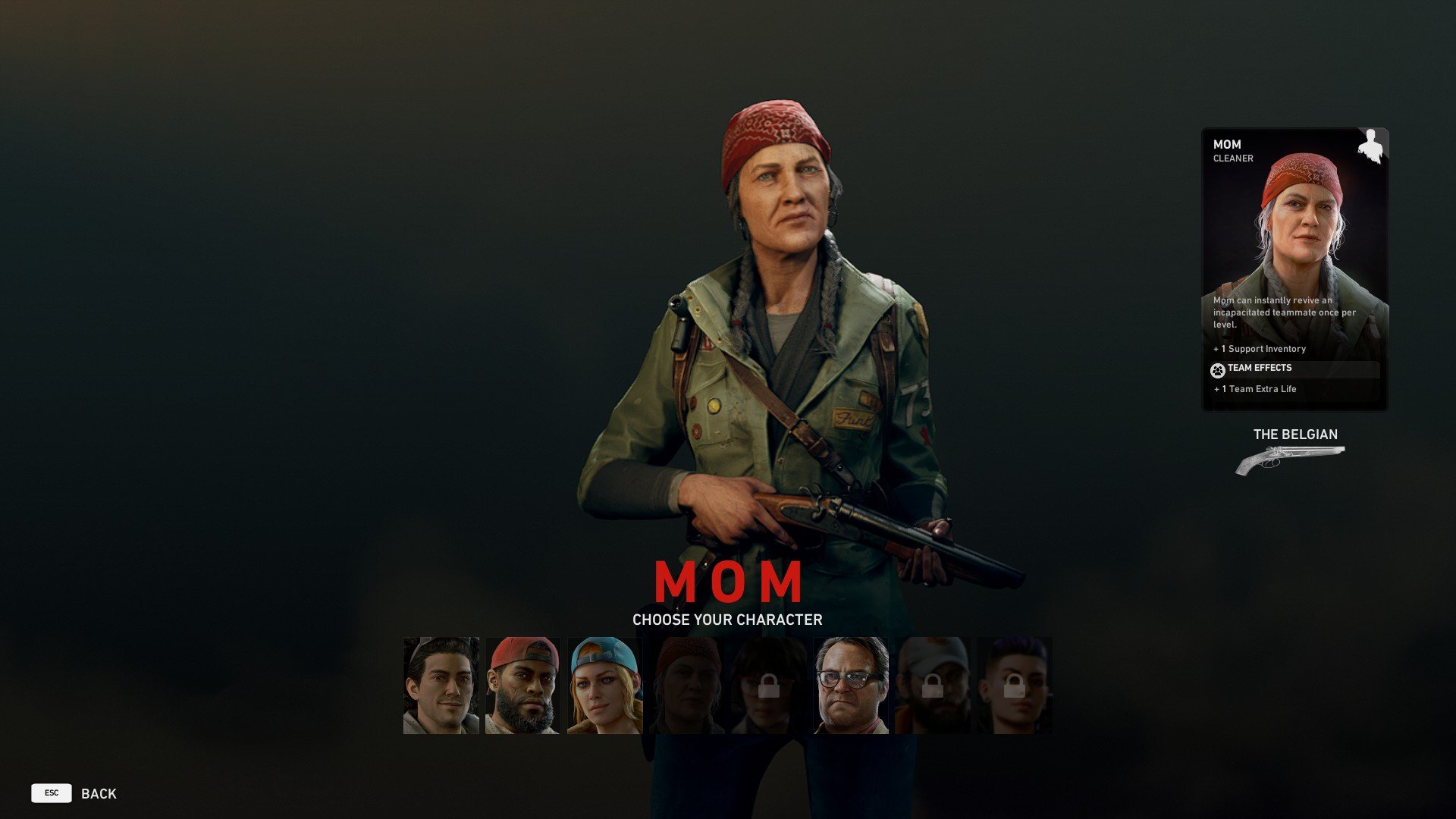 The Back 4 Blood starts players out with five different characters to choose from. This can quickly feel like a small amount when you have a full lobby and can only pick so many. It’s important to understand how each one works since they all have their own buffs and team buffs too. Continue reading our guide on how to unlock characters.

Update (10/12/21): While I haven’t confirmed it yet, I believe you only need to complete the first four missions in Act 1 to unlock every character. Therefore, it didn’t turn out to be anything complicated despite players not knowing in beta.

How to Unlock Characters in Back 4 Blood

As quickly explained in the disclaimer above, you can’t unlock characters in the beta yet. So most of us will likely have to wait for the official release in October 2021 to try out the others. There are currently three locked characters that we know about from the official website. Here’s a complete list of each character below and their buffs.

*Characters with an asterisk aren’t currently available in the beta version.

Hoffman – Has a chance to spawn ammo with each kill. Gets an extra Offensive Item Slot such as a grenade. And increases the team’s max ammo by 10%.

*Doc – Can heal low-health teammates without using items. Has higher healing efficiency and provides trauma resistance to the team.

Mom – Can instantly revive a downed teammate once per level. Has an extra Support Item Slot such as a Bandage. Provides the team with one extra life. Lives are used when a player goes down, but only for that player specifically.

Holly – Recovers 10 stamina when killing an enemy. Gets a 10% Damage Resistance buff. And provides the team with an extra 25 stamina.

Evangelo – Can break out of grabs once every 60 seconds. Has a +75% Breakout Speed and +25% Stamina Regen bonus. Provides the team with an extra 5% movement speed.

*Karlee – Can sense hazards according to the website. Has a “Quick Inventory” buff, which is possibly an extra slot. And a “Team Use Speed” buff, perhaps increasing the speed to use items.

*Jim – Precision Kills increase your damage for a temporary amount of time. Has increased ADS speed (aim down sight). And provides teammates with extra weakspot damage.

We can’t say for sure how to unlock the locked Back 4 Blood characters until the full release. It’s possible they’ll immediately become available or could be locked behind microtransactions/DLC. The developer may have held off on making them playable in the beta because they’re not ready yet.

If you have any other Back 4 Blood questions for me, feel free to ask in the comments below. This is a quickly put-together guide to help those playing the short beta right now. More content may be added later when the game completely releases on October 12, 2021. Who is your favorite character so far?