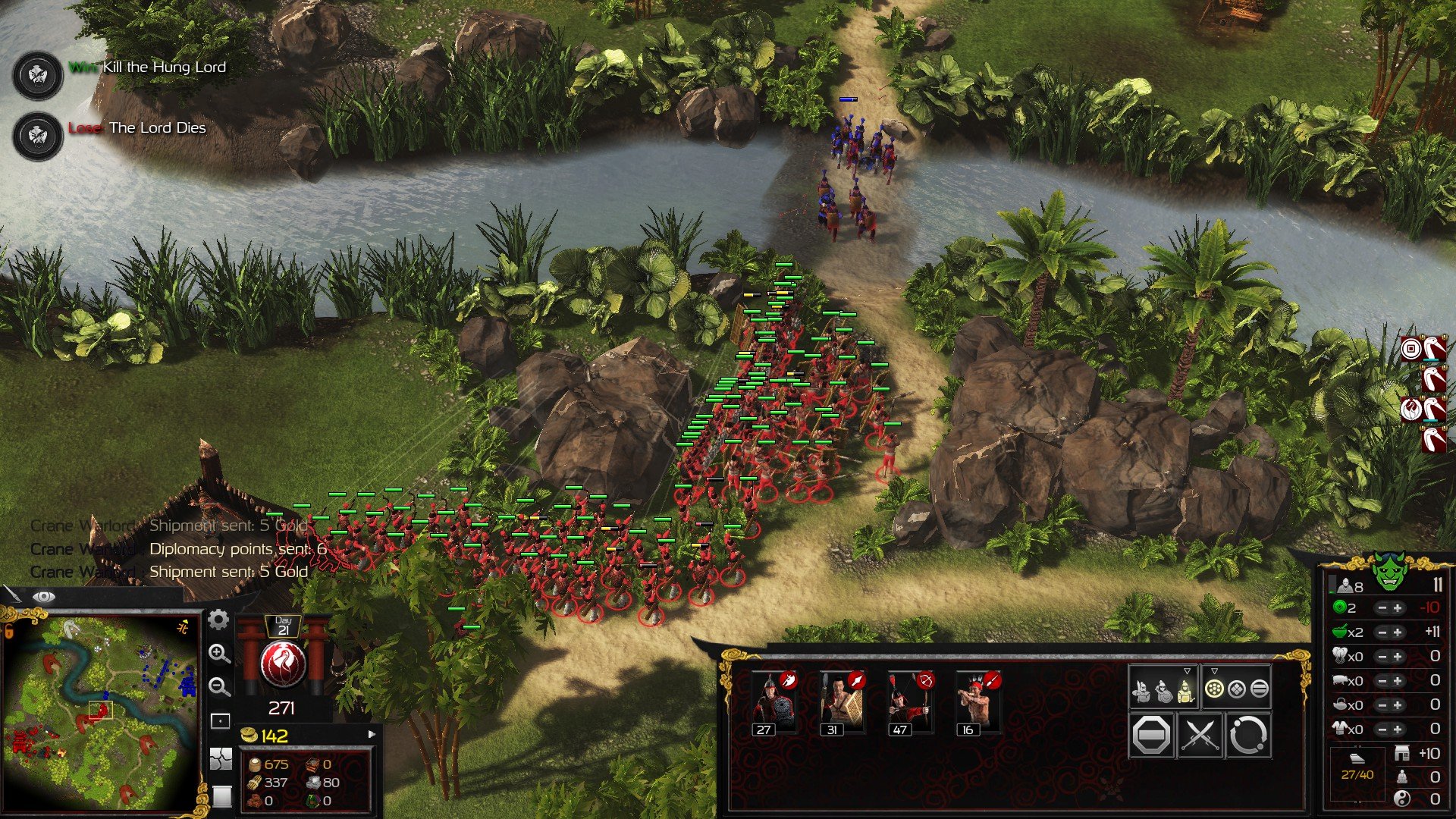 The Stronghold franchise has always been a strong source of nostalgia for me growing up on the original and Crusader. I couldn’t wait to get my hands on the Stronghold: Warlords demo back in June 2020 during a Steam Game Festival. Now that I’ve had plenty of time with it, I can safely say Firefly Studios nailed their Asian setting for Stronghold: Warlords. Continue reading below for my thoughts on the full game in this review.

1 – Stronghold: Warlords is an Excellent Return to the Franchise 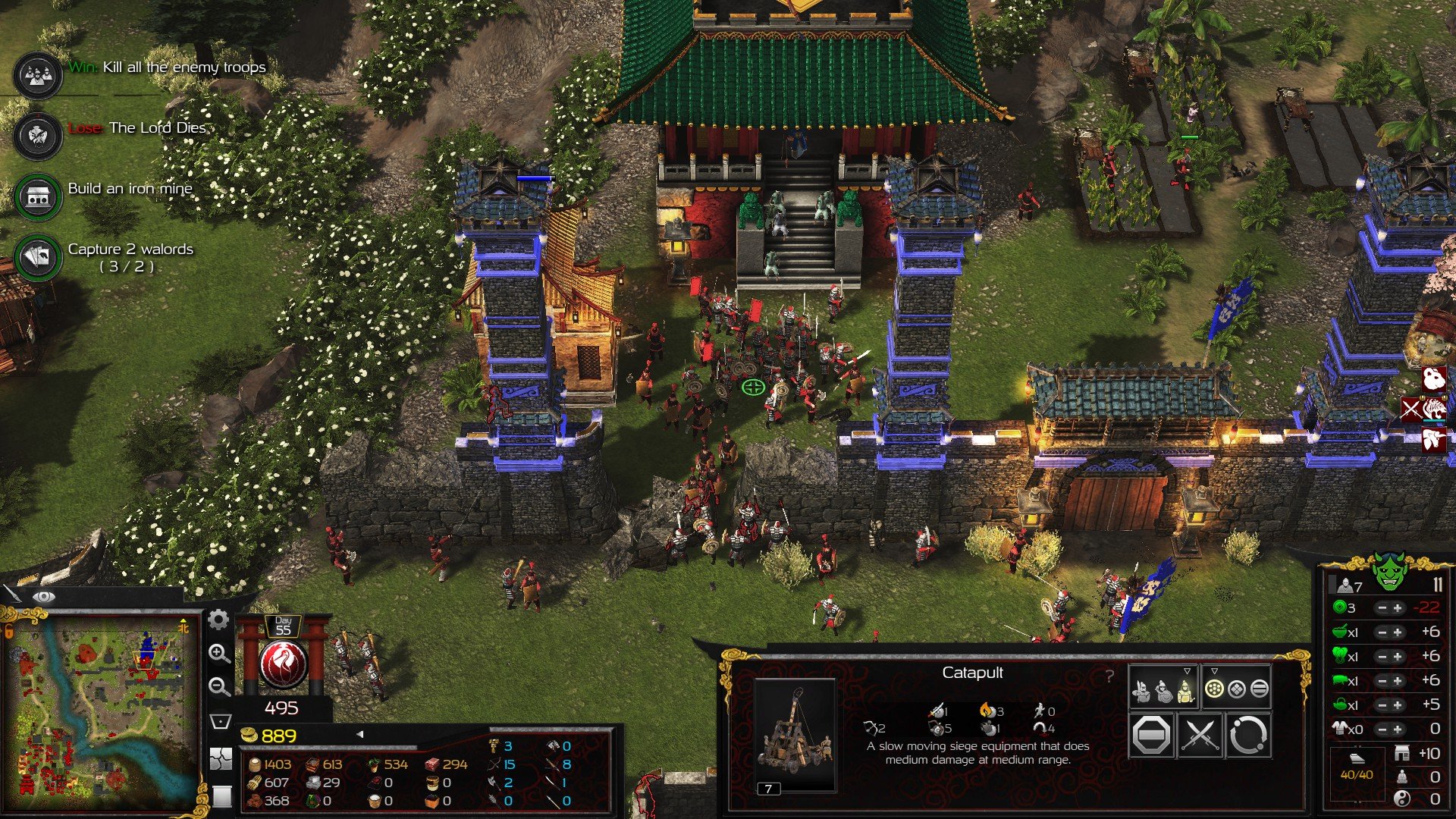 A lot of Stronghold fans are worried about how Stronghold: Warlords holds up to the original games. As a fan of those that hasn’t played the more recent ones, I loved my time with Warlords. Firefly Studios successfully keeps past features while putting an Asian twist on them. For example, temples and statues replace cathedrals for a new Spirit system.

In addition to Zen Gardens and Kung Fu Plazas to keep peasants happy. These minor changes keep it familiar while still providing new content to enjoy. The Mongolian throat-singing is also a marvelous touch for such a distinctive soundtrack. 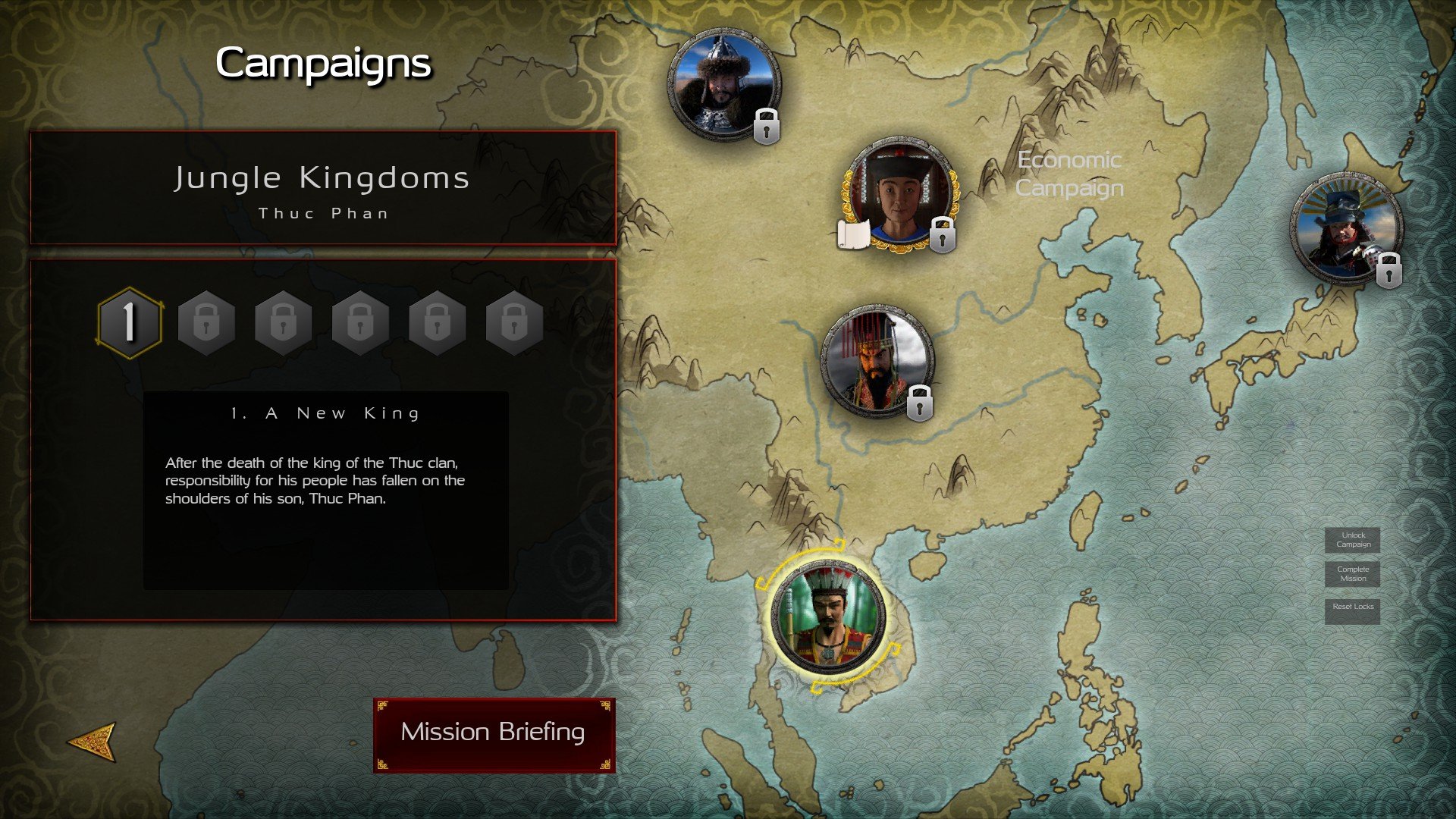 The Stronghold: Warlords campaign is a good mix between explaining the mechanics and interesting scenarios. There are five campaigns each heavily inspired by Asian history with warlords, shoguns, and prestigious commanders. Thinking back to an Asian history course I took in college, these missions inspired me to look them up. To the point that I was comparing Stronghold: Warlords missions side by side with in-depth pages of sieges and conquests.

The campaign more than pays for itself. However, it doesn’t get into its flow until later missions. You’re often restricted to certain buildings and units until you’ve learned enough. This makes it a slow start for Stronghold veterans, while creating unique scenarios later on. The economic campaign is an excellent example alongside the horse-riding Genghis Khan missions too. There’s nothing more satisfying than enemies chasing your horse archers that shoot while moving. 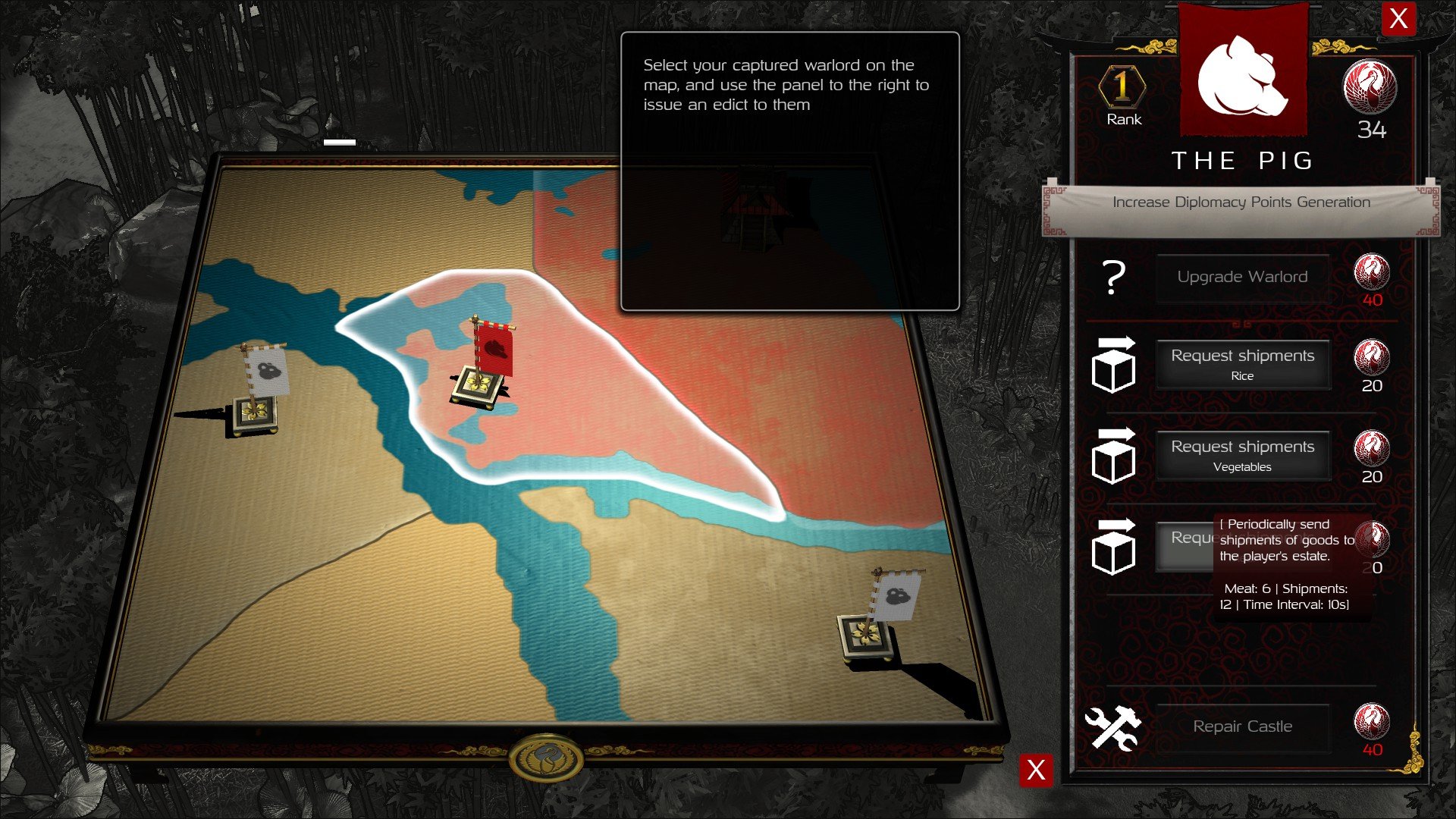 The warlords system is completely new to me. I miss the personalities and voice lines of every unique lord in previous games compared to the quiet warlords here. Jumping from 16 lords in Crusader to 4 in Warlords is a little rough. However, that’s not the main focus of the warlords system. Players who love to take their time before rushing aggressively into fights will enjoy this feature. The diplomacy mechanic makes it so you can recruit them with peaceful means.

This often creates a great opportunity for interesting campaign scenarios. You may be stuck somewhere that has no trees to chop, but a susceptible warlord is nearby. They then become your new source of wood, stone, or even bows. The variety of warlord types between resource and military-focused works well for your needs, even if they sometimes feel required. 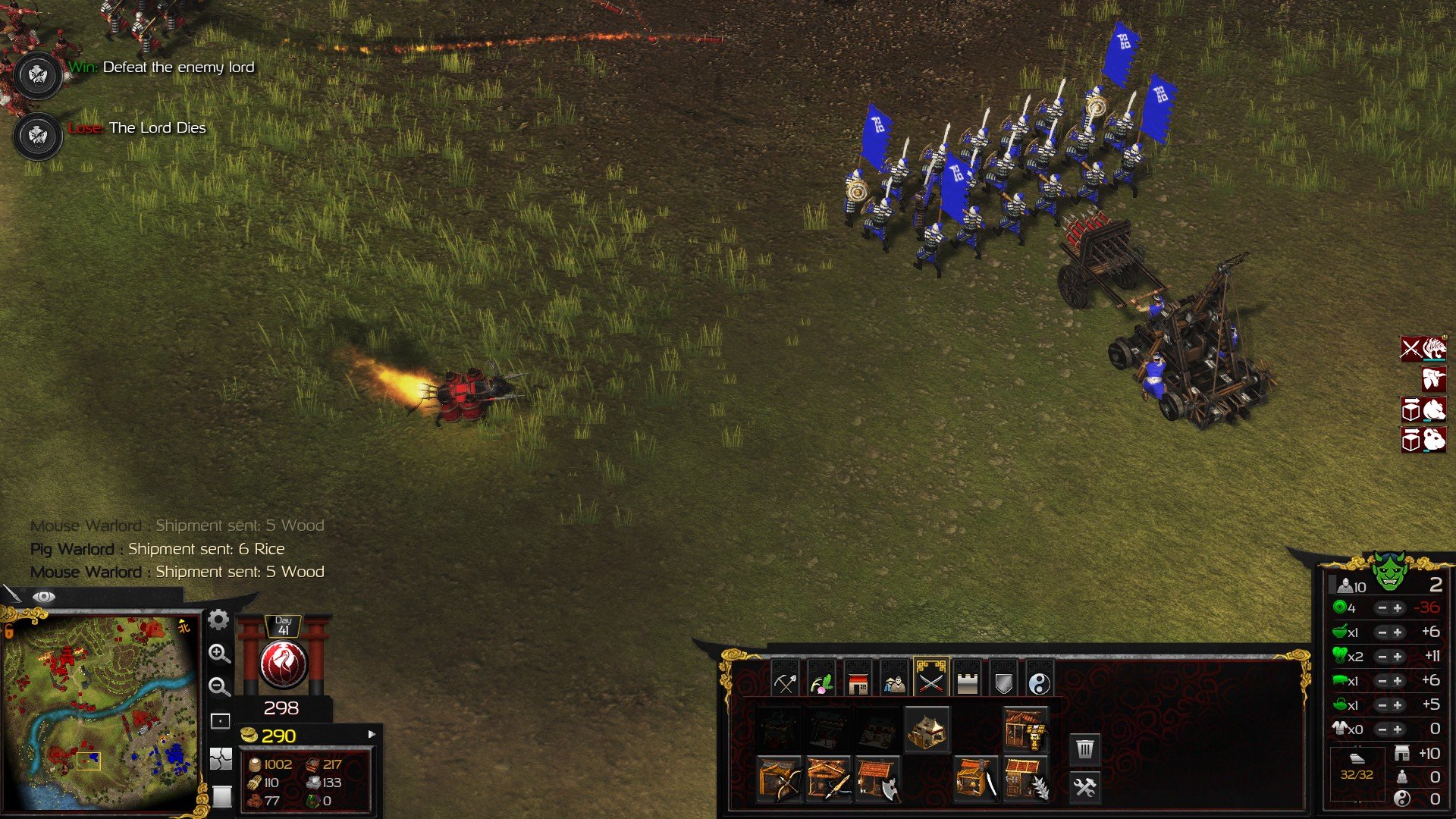 It’s bizarre to me how ridiculous the siege units in Stronghold: Warlords are, and yet they’re real for the most part. Sending an ox packed with fireworks toward an army is not something I expected to find out is real. And it doesn’t even stop there, I found out fire birds were used to deliver live incendiaries. Not that those exist in this game. Stronghold: Warlords still has the more traditional siege units people are familiar with. But, Firefly Studios goes above and beyond with new and hilarious siege units too. 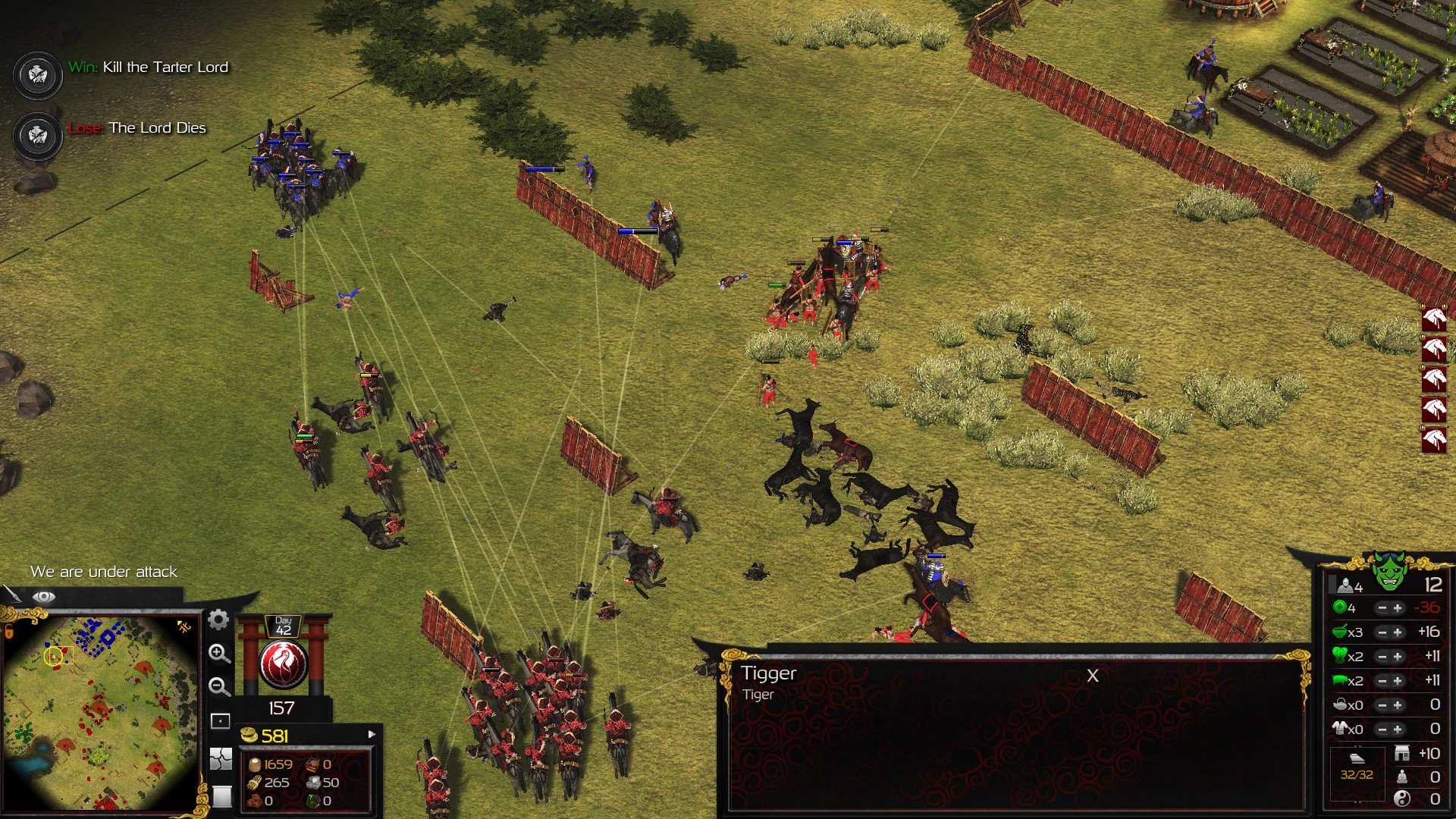 The voice acting language varies across each character. Certain units like samurai may speak Japanese, while others have a cheesy accent spoken in English. While the developer may have intended a not-too-serious tone, the lines can come across a little mockingly. The reality is, you may have a vision that’s all in good fun, but that’s not how it will necessarily come across.

Firefly Studios has a video about how it was difficult to play the line between “being respectful and not sounding a little bit too comic or cartoony.” Unfortunately, this may be enough to put off people that have an Asian heritage.

It’s worth mentioning that the Steam page lists 9 different languages with full audio. 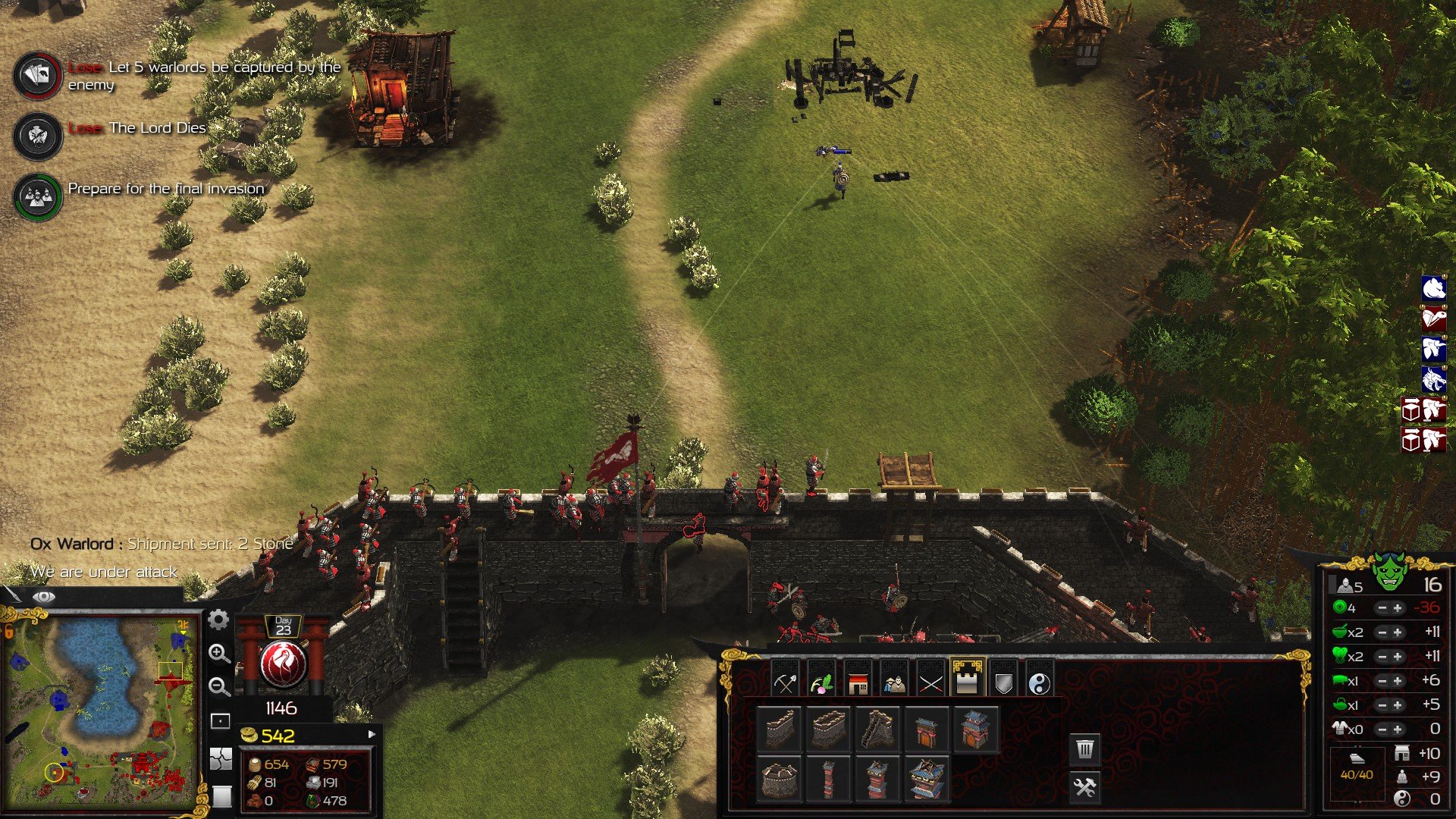 The settings are a little light especially with it being a PC game exclusively. Fortunately, there are a couple of accessibility options such as subtitles and reducing certain effects. However, even with how heavily you play Stronghold: Warlords with a mouse, you can’t change hotkeys. This is enough alone to prevent some people from playing.

The first nonexistent setting that got my attention was no scrolling speed choice. Even Stronghold: Crusader lets you change how fast the screen moves. Running back to subtitles, another issue is that they’re difficult to read. Sometimes you have black text against dark shadows and trees or subtitles on top of each other. 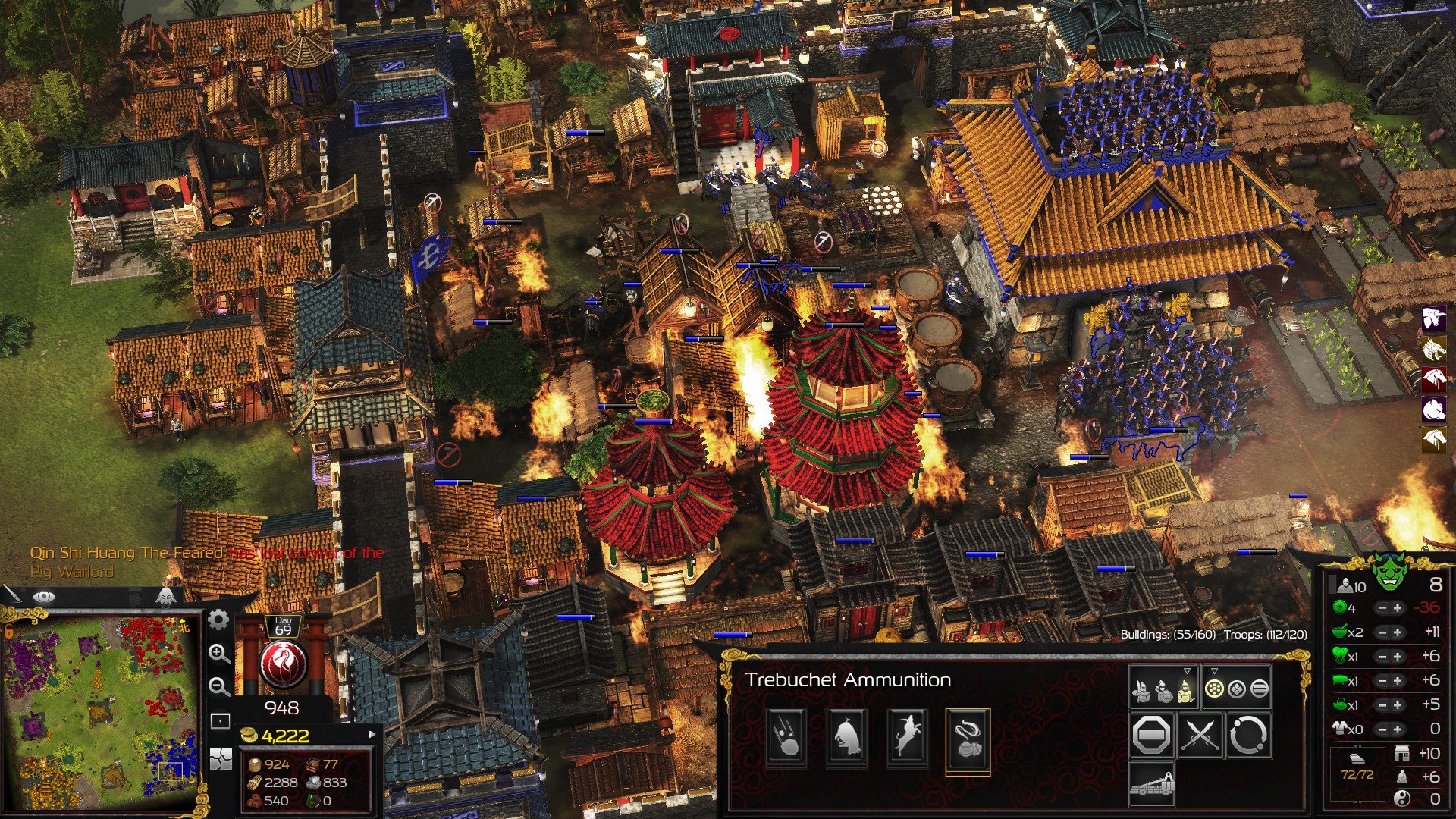 Stronghold: Warlords performance handles well until you push it to its limit. I’m someone that’s comfortable with 30 to 60 fps, so long as it consistently stays above 30. I never ran into visual issues or stuttering while playing the campaign. However, running an 8-player skirmish match with myself and 7 AI started to slow down. After around 30 minutes into a match with low action visible on the screen, I was hitting 15-20 fps. I hope Firefly puts some time toward optimization. 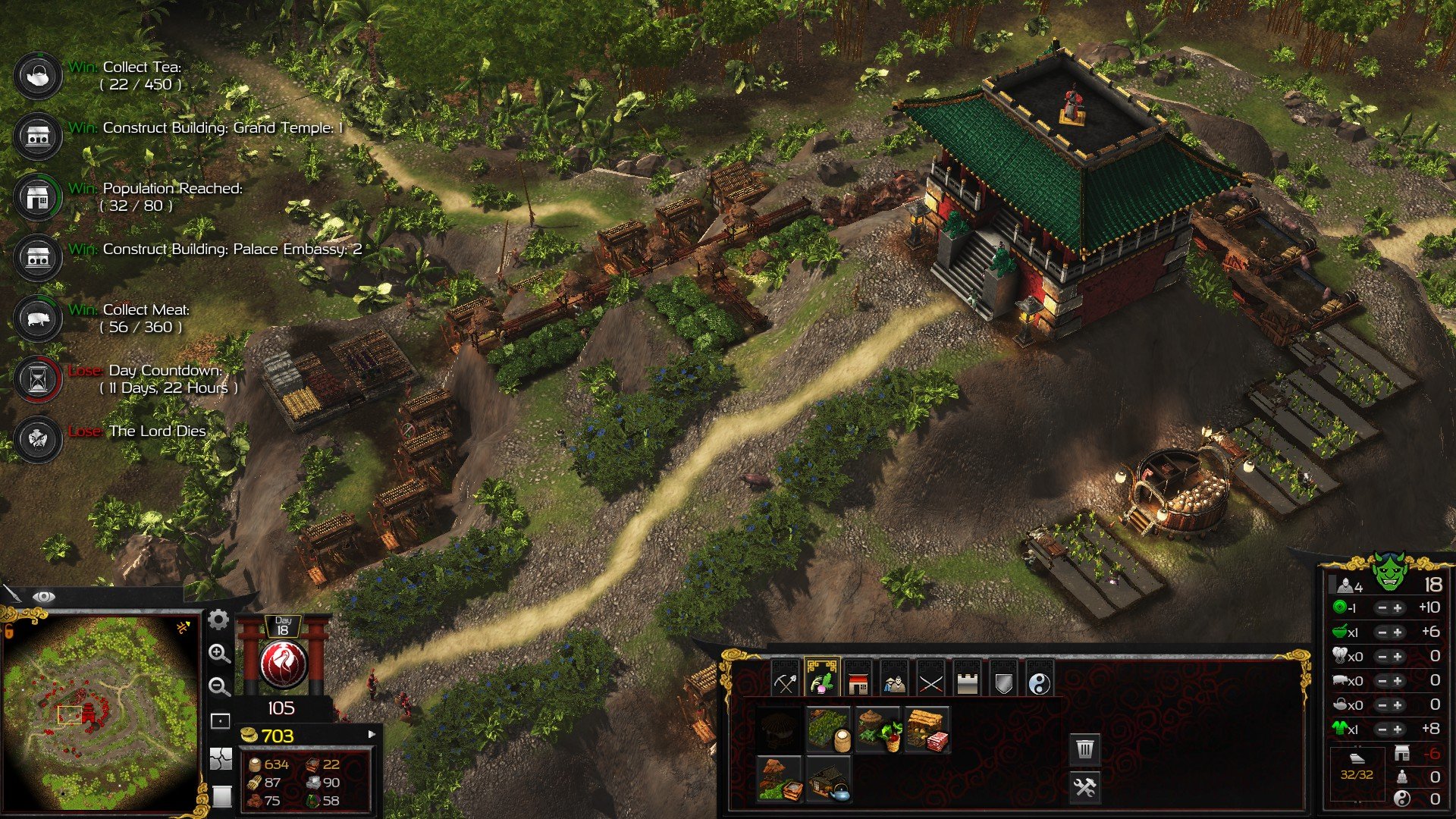 A surprising issue I ran into frequently while playing skirmish games is corrupt saves. Fortunately, this only happened once during the campaign. But, it started to become a consistent problem when loading skirmish matches. This is a major issue that needs to be fixed. Nobody wants to lose progress and crash repeatedly. Also, something needs to be done about the all too frequent auto-saves temporarily freezing my skirmish matches. I’d disable them in place of manual quicksaves in a heartbeat. 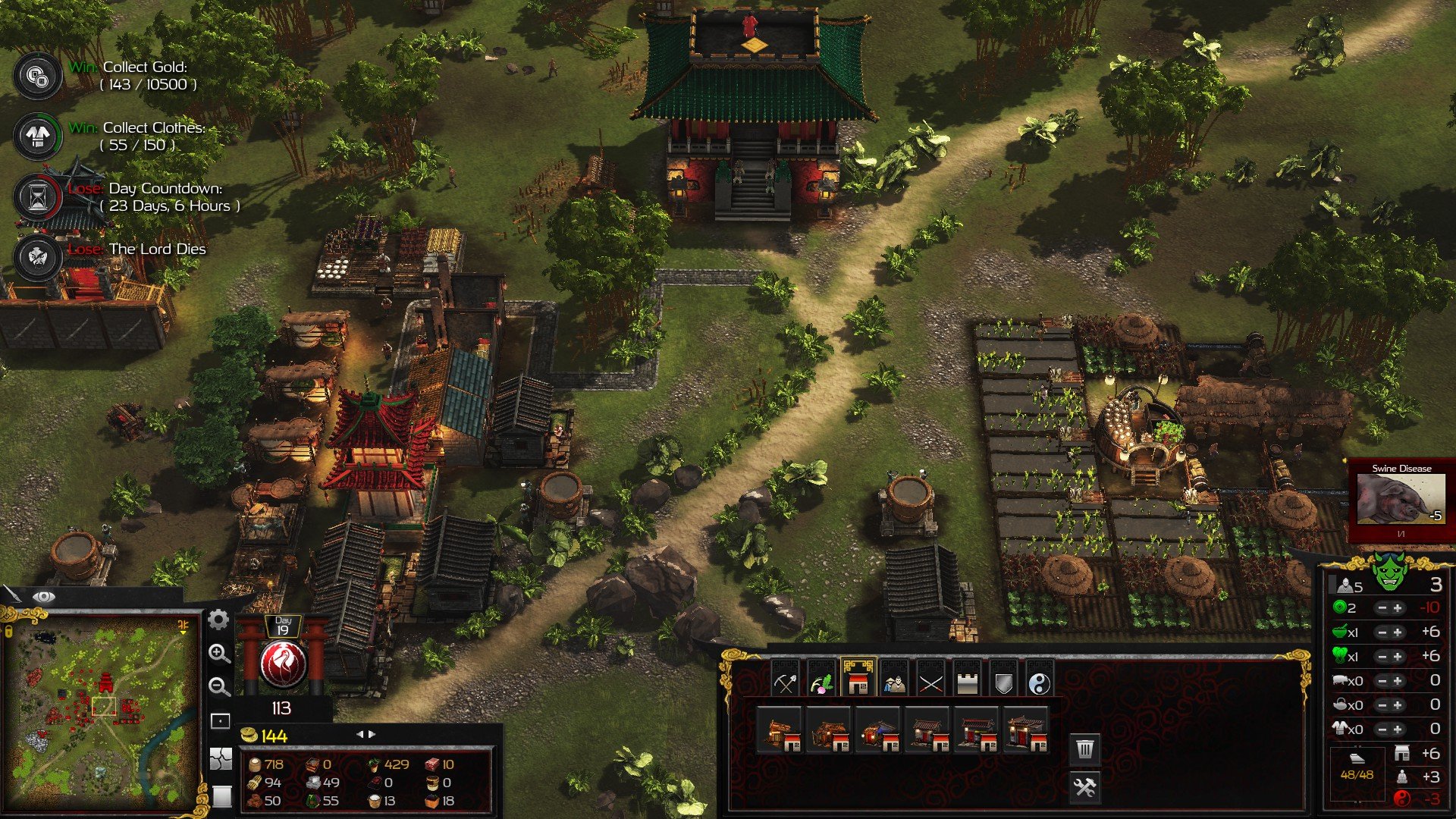 Stronghold: Warlords takes the formula everyone loves and builds onto it with all sorts of new content. Whether that’s the culture-infused architecture, new food types, new units, or a fresh popularity system. Firefly has successfully innovated with Stronghold: Warlord’s combat and city building. Two areas that could use some improvement are enemy AI and more maps for the skirmish mode. Nine maps is a little limited, but at least there’s Steam Workshop integration for downloading community maps.

Stronghold: Warlords was provided by a PR agency via a Steam code.