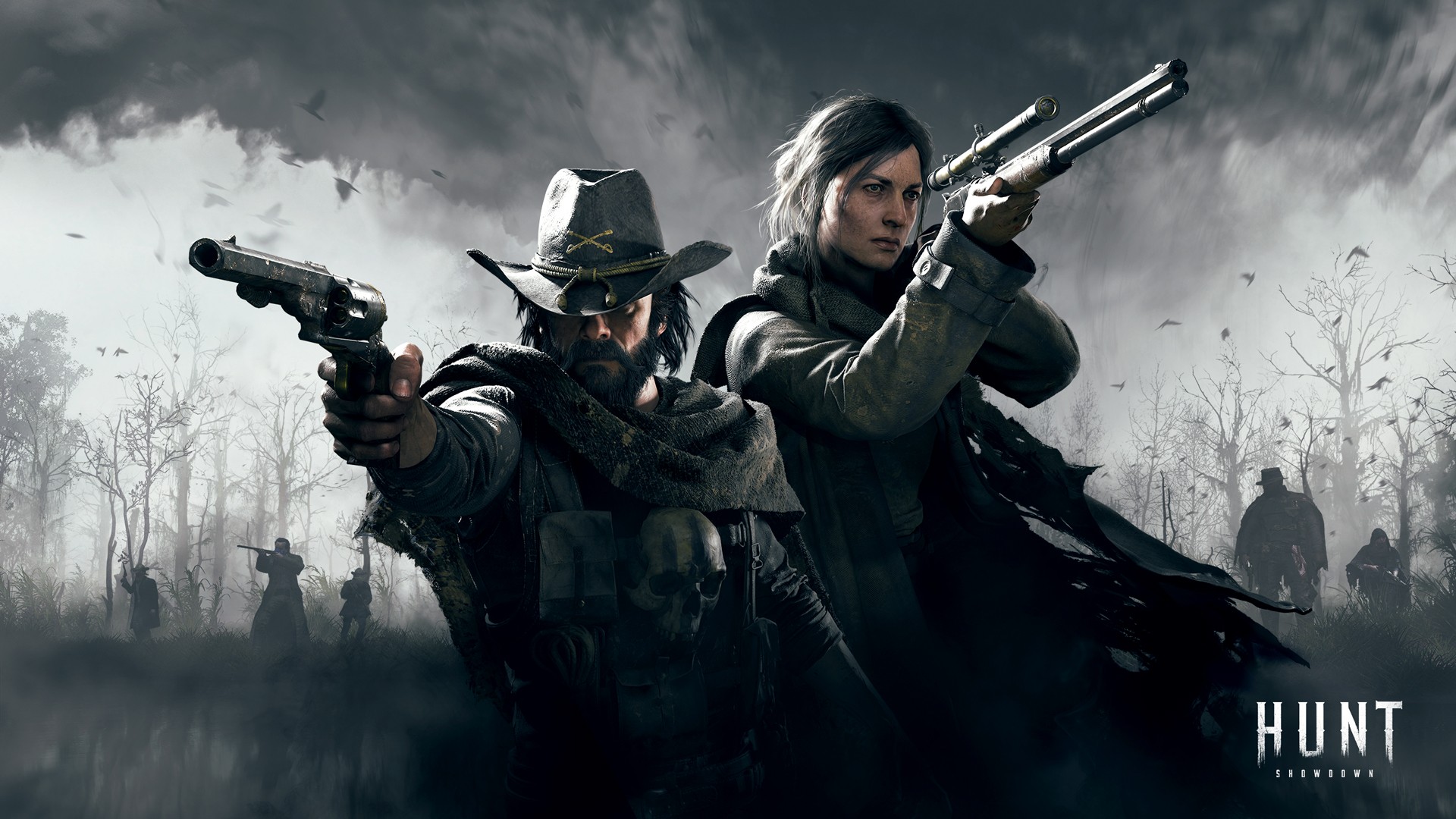 Learn how to play Hunt: Showdown as a solo player using our tips and tricks to get ahead. There’s a good variety of tips for both beginner and advanced hunters in the guide below. And if you think of some tricks other players should know, be sure to comment below the article to help out. For those that haven’t picked up Hunt: Showdown yet, it is possible to play solo even if it’s a bit more challenging.

Tip 1 – Deciding Which Mode to Play 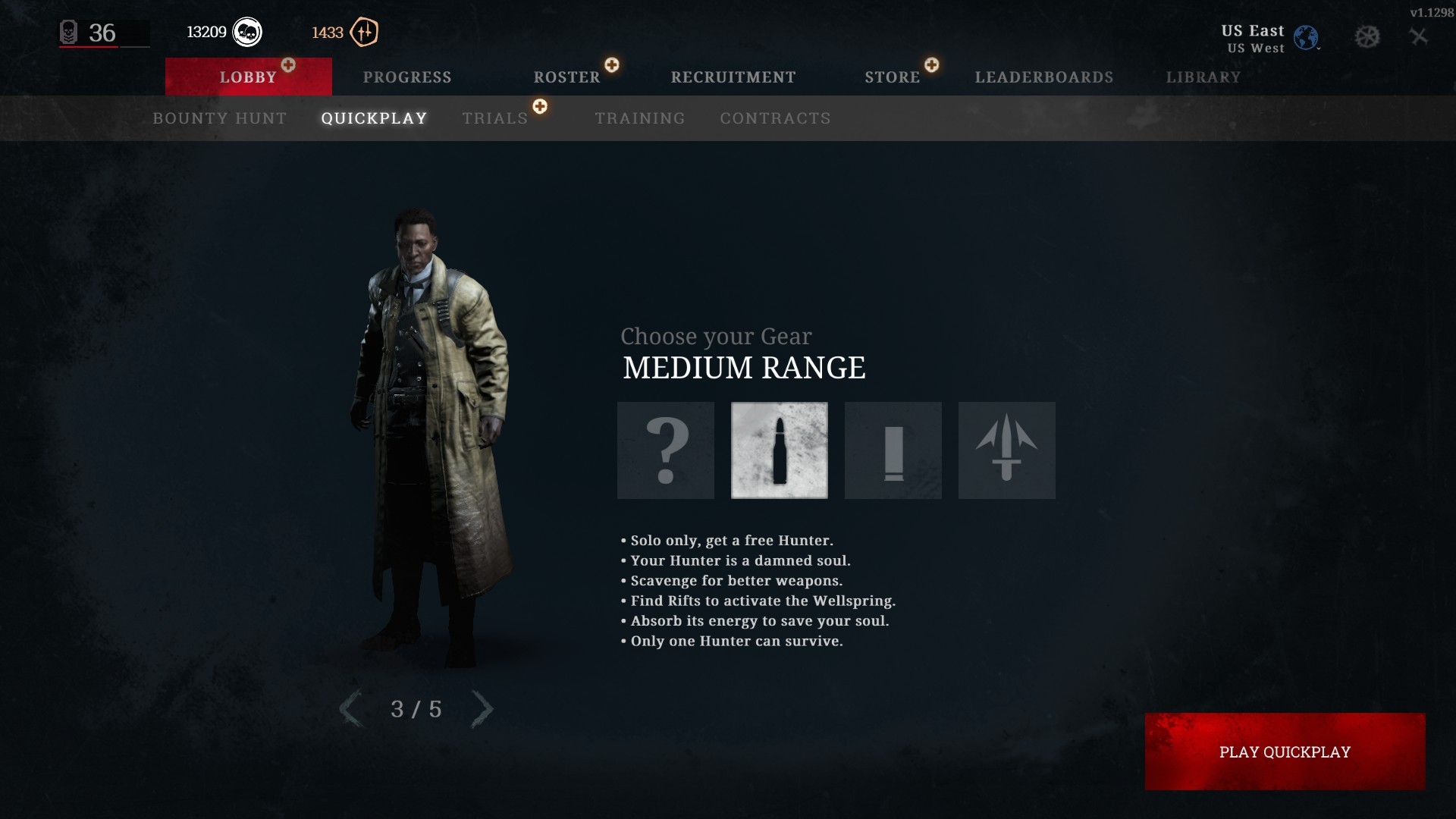 When you first start playing Hunt: Showdown, it’s useful to understand how both modes work. Quickplay is a solo mode where you get a hunter for free that revolves around being the last person holding an objective. If you’re the last one alive or holding the objective/wellspring, you can keep that hunter. The other mode is Bounty Hunt where there can be solo players, duos, and even trios if you check a box.

Anyone below rank 16 will never lose their character, which is a great way to experience Bounty Hunt without any risk. Once you’re a little more experienced and want the solo challenge, hop into Bounty Hunt with your loadout ready to go. This is the tutorial mode where there are one or two bosses to kill for tokens. However, you don’t need a token to extract if you’re not feeling comfortable. Regardless, Quickplay is also a great way to learn Hunt: Showdown since you can try all sorts of weapons. You just may run into fewer players matchmaking.

Tip 2 – Use the Element of Surprise

Playing quick and aggressive can be a fun playstyle, but it’s tougher for solo players. You’ll have a better chance at killing groups if you catch them off guard. Therefore, it’s sometimes better to play slow when you’re near enemies. Take advantage of hiding in tall grass or waiting quietly in a building. This will help you track where each person is or how many there are. If you prefer to play aggressively, chase down the sound of gunfire. You’ll know where enemies potentially are and can come in from the outside to catch them by surprise. 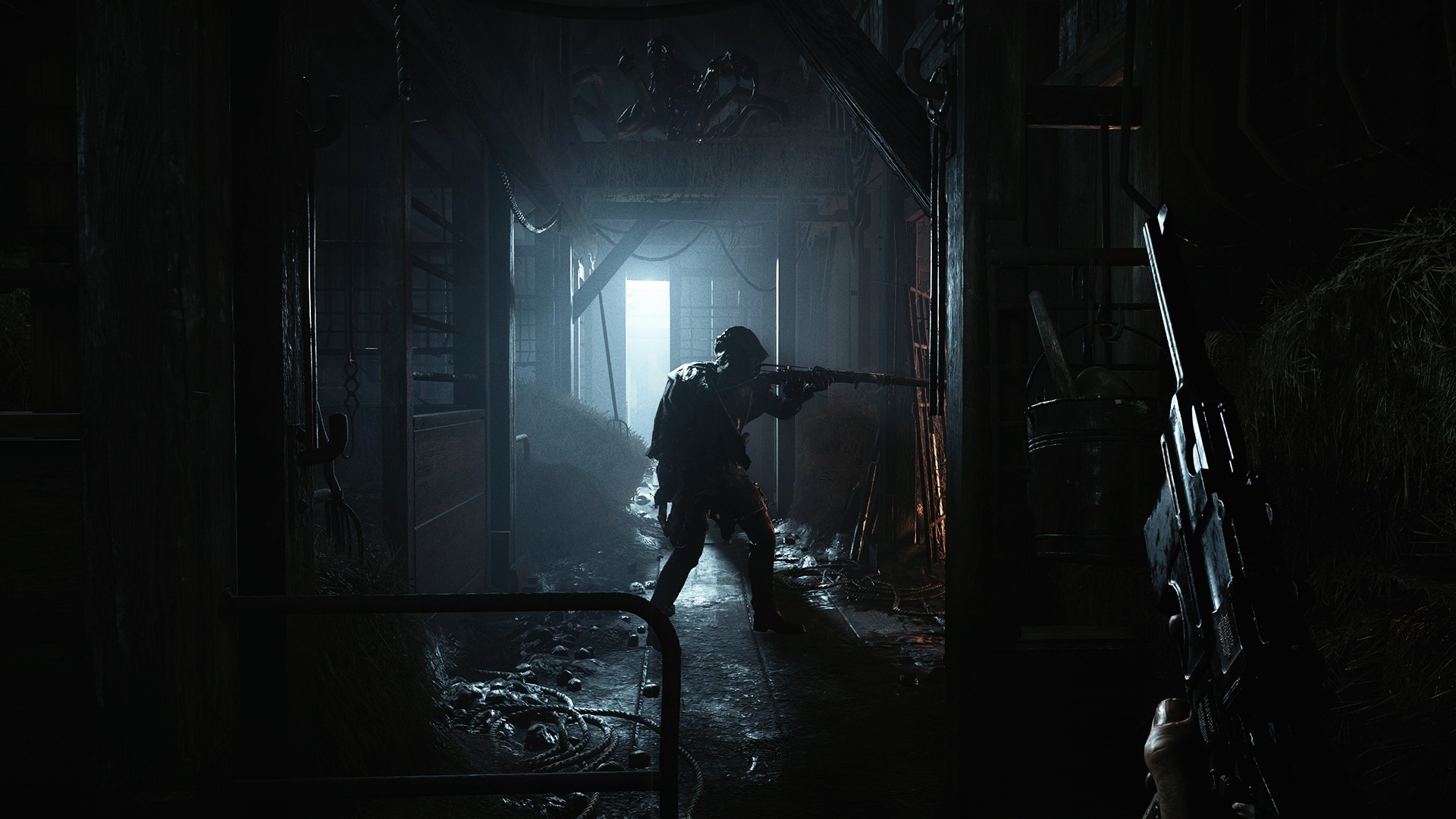 Fighting a boss in Bounty Hunt can be a stressful activity that often requires all your attention. It doesn’t matter if you’re playing solo, duo, or even in a trio group. Chances are, the group fighting the target is going to be distracted. This is where you can take advantage of that distraction as a solo player. Fortunately, you can listen to their gunfire to figure out where they’re fighting and on what side of the building.

People will often run into a building to fire a few shots and then escape back outside. As the monster won’t follow them outside, this provides a moment to relax. Unfortunately for them, if you track down the door or window they’re using, you can ruin their day. However, you’ll still need to be careful of any traps placed in the area by those hunters. And especially any other hunters showing up to do the same thing you are.

Tip 4 – Setup Traps Near the Target 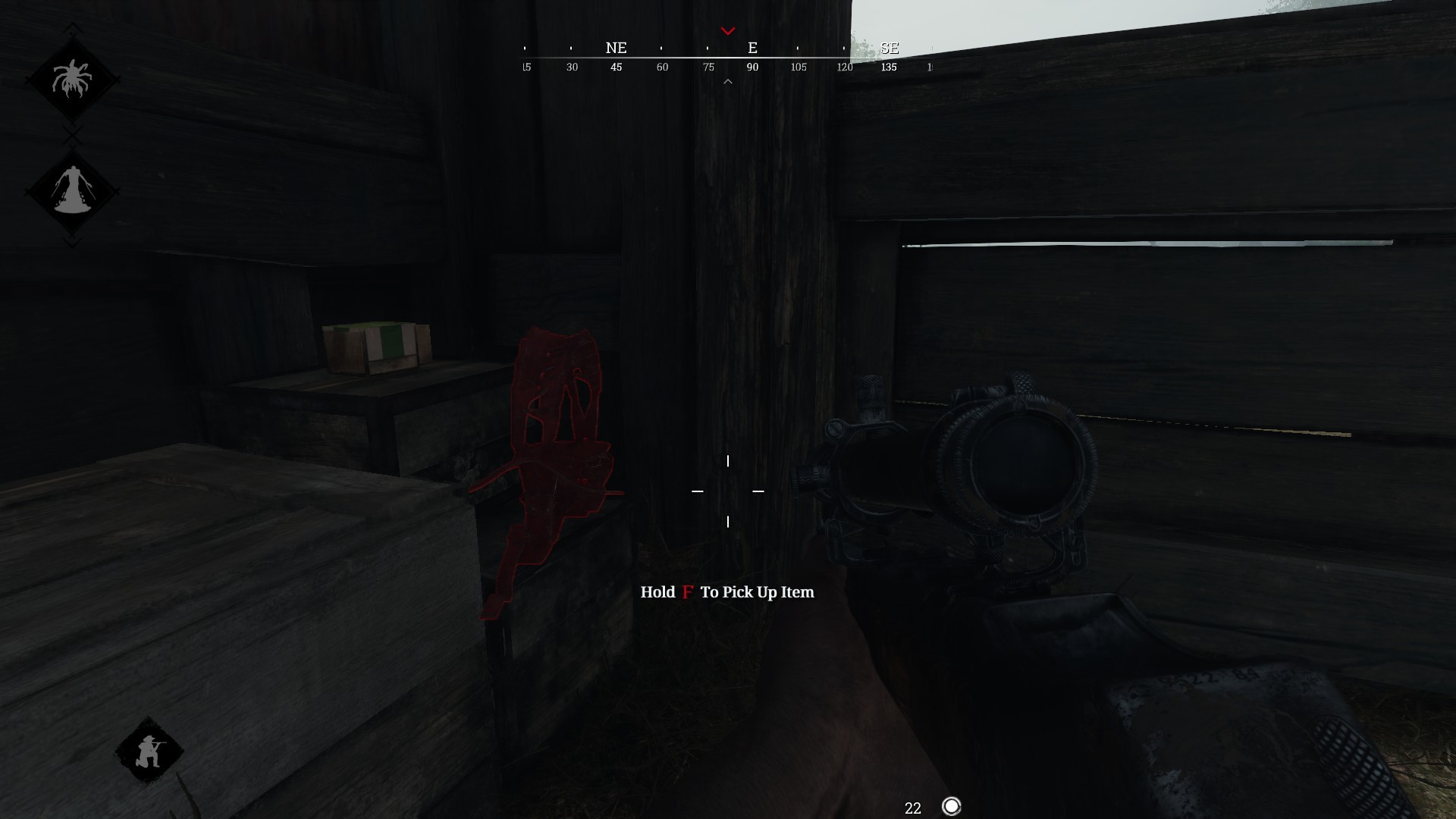 Sometimes you may find the boss in Bounty Hunt before other groups do. While this may not be a great opportunity for you to kill it as a solo player, you can still prepare for hunters. There are usually bear traps in the surrounding area or inside the target building. Use these to either place traps around the target or defend from a nearby building. This makes it easier to pick off players going to the target while making it harder for them to flank you. 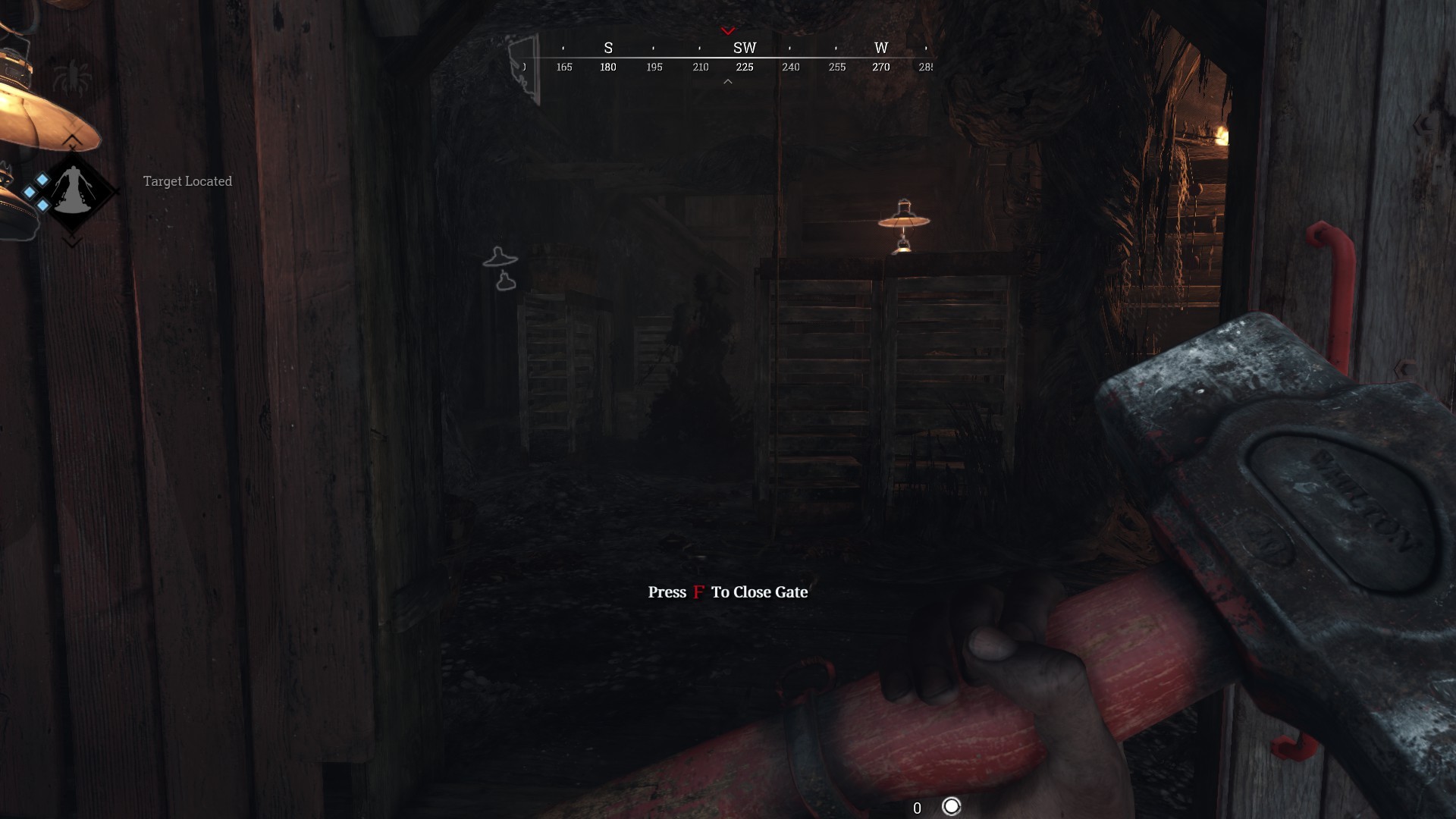 This is one of the more difficult challenges in Hunt: Showdown as a solo player. Your worry isn’t so much dealing with the monster as it is dealing with other players. Once you start making noise, you’ll attract attention from any nearby player. And then after killing the boss, you’ll need to wait 200 seconds for the banishing to complete. If you want to safely kill the monster alone, there are a few methods.

Tip 6 – Sound is Everything in Hunt: Showdown 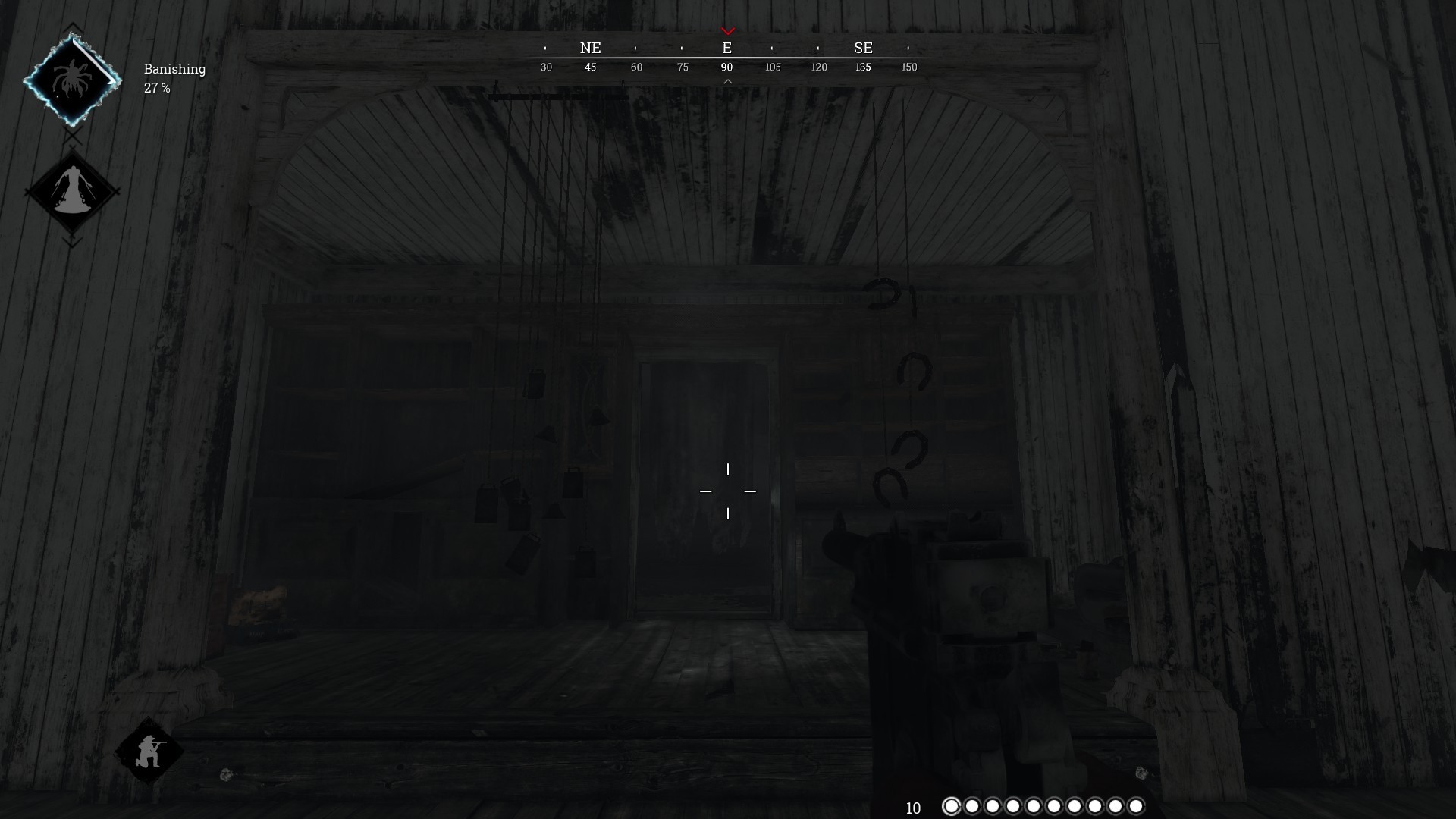 Reinforcing tip 2, it’s important to understand what makes noise for a number of reasons. Anything loud can give away your position as well as revealing where others are. Learning to take advantage of this will help with tracking players or defending an area quietly. This is why Decoy Fuses are a popular tool for scaring players into thinking dynamite is being thrown at them. Listed below are a variety of noisemakers to watch out for. 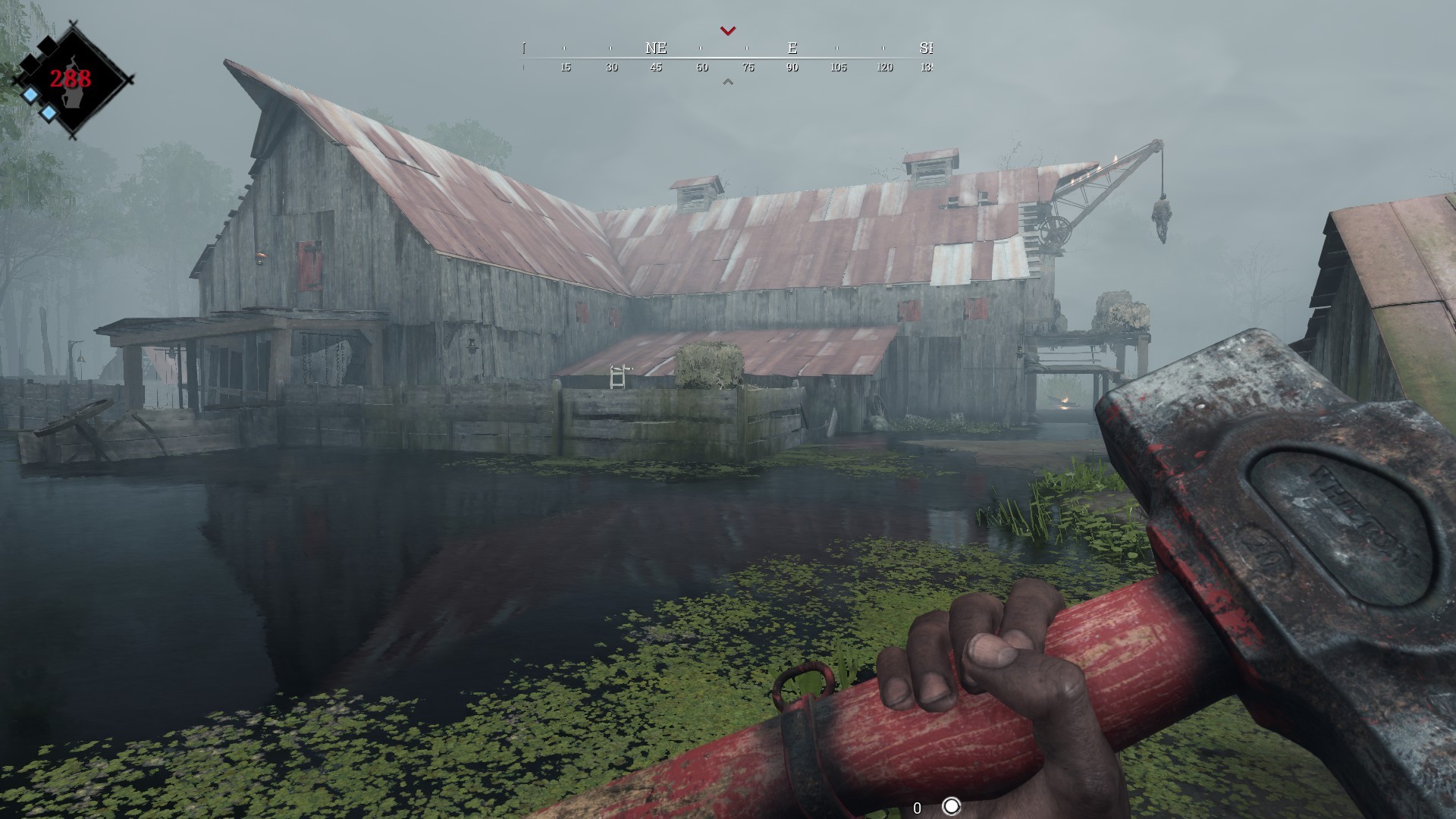 If you’re reading every tip, you may see a trend here. As a solo player, the last thing you want to do is make noise. While using melee on normal zombie looking enemies is still loud, it’s nowhere near as loud as a gunshot. Unless you’re trying to get attention from other players, stick with a melee weapon like a knife. Only use a gun against normal monsters if you’re in a bad situation or have a silenced weapon. If you’re struggling to put distance between yourself and monsters, you can close doors behind you or hop fences. They won’t climb over fences, but they will loudly bash down doors.

The best Hunt: Showdown traits will vary to an extent depending on your loadout and playstyle. However, it’s clear that certain traits like Resilience offer no benefit to a solo player. The recommended traits below are based on my opinion and research. If you feel a trait should be added, comment below the article. Before checking the table below, no weapon traits are mentioned as they’re specific to your loadout. Popular weapon traits include Levering, Fanning, and Bolt Thrower, however.

Tip 9 – Remember That Teams Can Revive

Don’t forget that teams can revive downed players in the Bounty Hunt mode. You can take advantage of this when you get a kill because their teammate may want to try and pick them up. You can either watch near the downed player for teammates or try to put them on fire. If the downed player isn’t extinguished, they’ll become permanently dead giving you a better chance. The last thing you want is a team that never dies.

I hope these tips and tricks for Hunt: Showdown as a solo player help you understand the game better. If you have some tips of your own, comment below to let others know. And if you’d prefer to play with others, the Hunt: Showdown Discord here is a great way to find people.