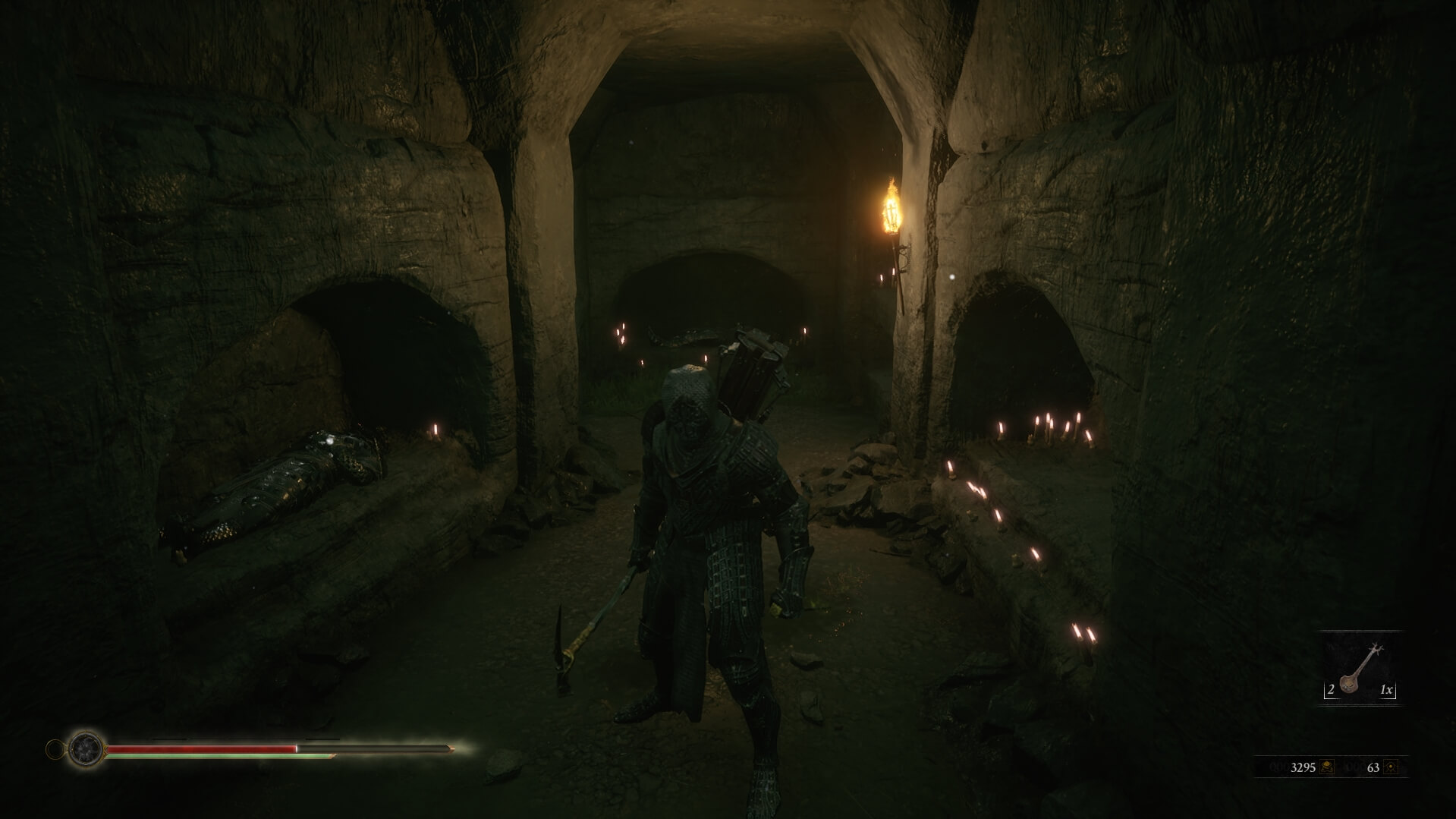 Mortal Shell is an action-RPG where the player wears a set of armor called a shell that provides certain benefits. For a quick look at each shell and how many there are, take a look below. If you get a chance, be sure to let others know which shell is your favorite in the comments below.

How Many Shells Are There?

Mortal Shell originally had only two shells available when there was an open beta on the Epic Games Store. However, they’ve since added two more, bringing the total of shells up to four. Each of them is described briefly below in what type of playstyle they work best for. You can find them spread throughout the game always laying on the floor.

Once you’ve found a shell and activated it, you’ll put it on, and it will always be available at the Fallgrim Tower/main base. Also, when you seek the name for a shell, you’ll be able to use consumable effigies to swap on the fly. Be sure to remember that the Glimpse currency is tied to the shell, not your character. 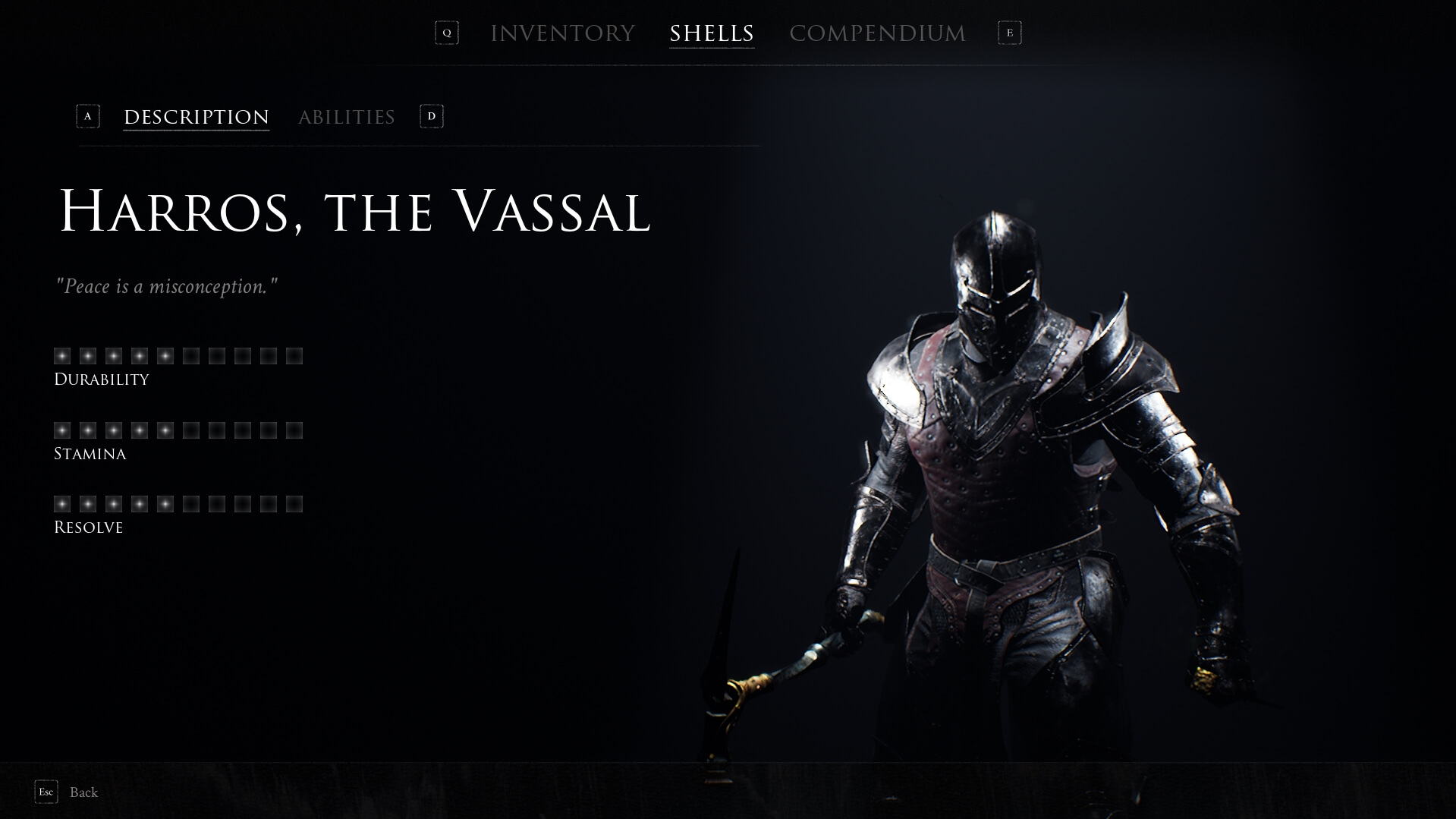 The first shell that players start with is Harros, the Vassal. Despite what the screenshot above shows, you’ll also start with a sword that works for an average speed playstyle. Harros’s stats are well-rounded making this set of armor a jack of all trades. It isn’t strong in any specific area, but it’s still great for those just starting out. 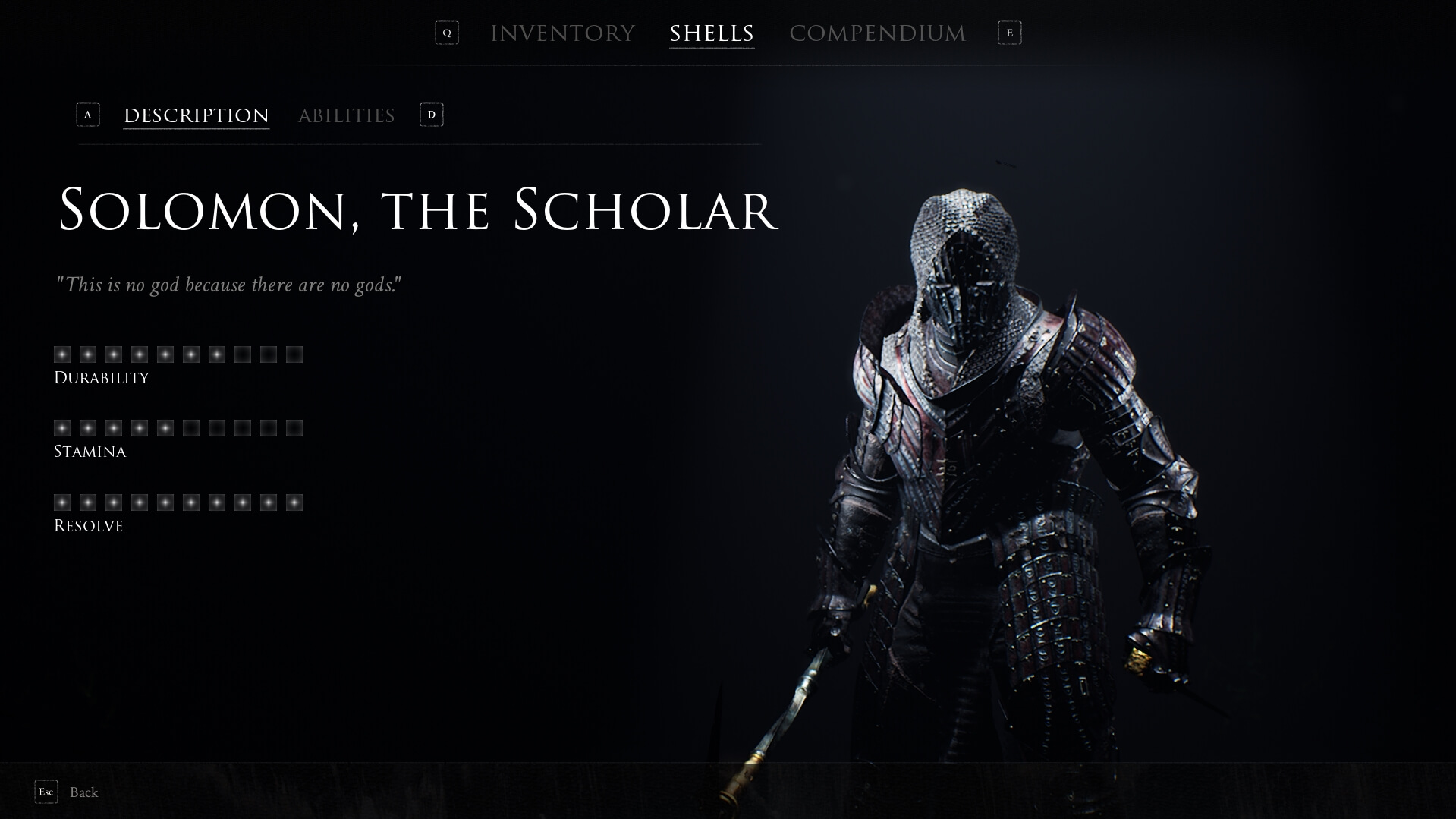 Solomon, the Scholar, is a strong upgrade from Harros, because their stats are all increased. The only reason you may prefer Harros is if you have more currency invested in their upgrades/abilities. Solomon’s high durability with a maxed out resolve makes for a great playstyle that revolves around parrying and weapon abilities. As a fan of this shell, the upgrades are also built around gaining resolve and health. 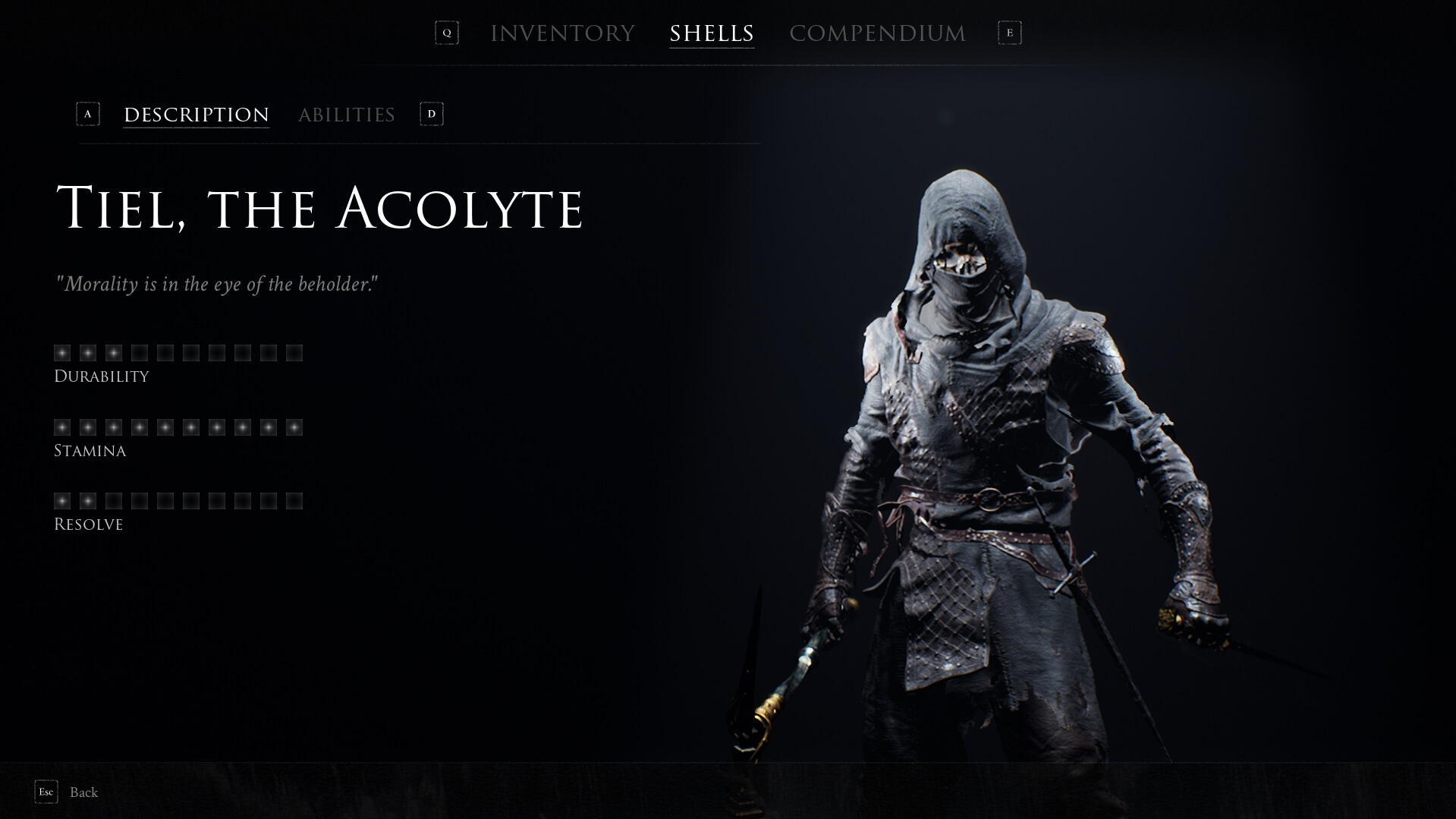 Tiel, the Acolyte was my favorite shell in the open beta because of how much stamina they have. Tiel is great for players that like to dodge and may work better than others for the new game plus mode. The main problem is that you have extremely low health and can only gain two resolve. This can make boss fights slow and difficult because you always have to be careful. The lack of resolve means you can never store it for powerful attacks or many parries. But, when combined with the Hammer & Chisel weapon, you can still restore resolve quickly. 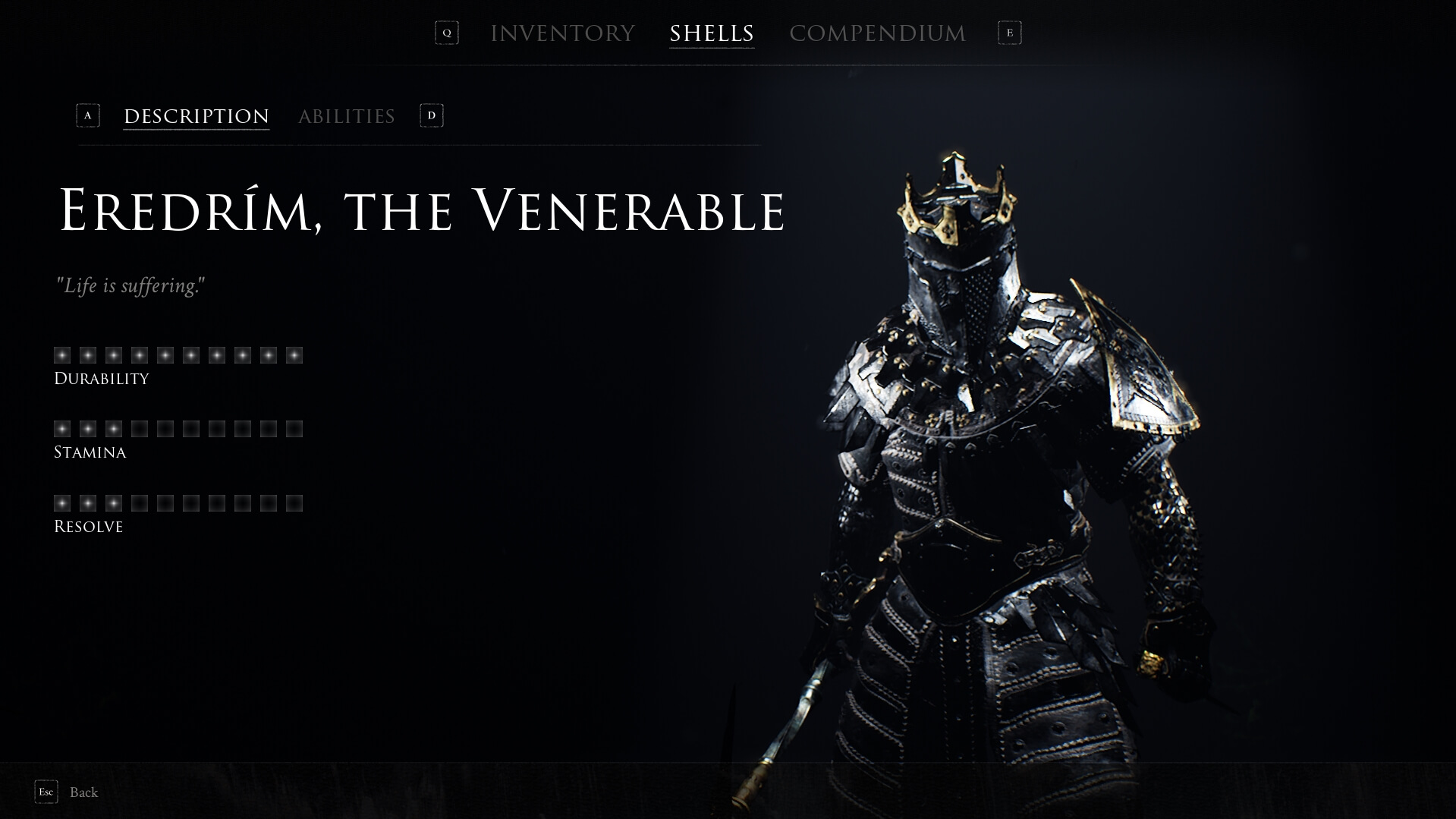 EredrÍm, the Venerable is a beast of a tank that has the highest health among the unique shells. While being able to take a lot of damage is nice in theory, you really want to learn how not to take damage. That sounds simple to say, but by having the lowest stamina, you can’t get many hits in or dodge either. This prevents you from having a balanced playstyle with attacks and dodges mixed together. You have to rely on hardening and that doesn’t work well alone for boss fights.

I hope this short guide on how many different shells there are in Mortal Shell helps you out. Be sure to let others know which is your favorite and why! And if you’re looking for some beginner tips and tricks, take a look at our other guide.