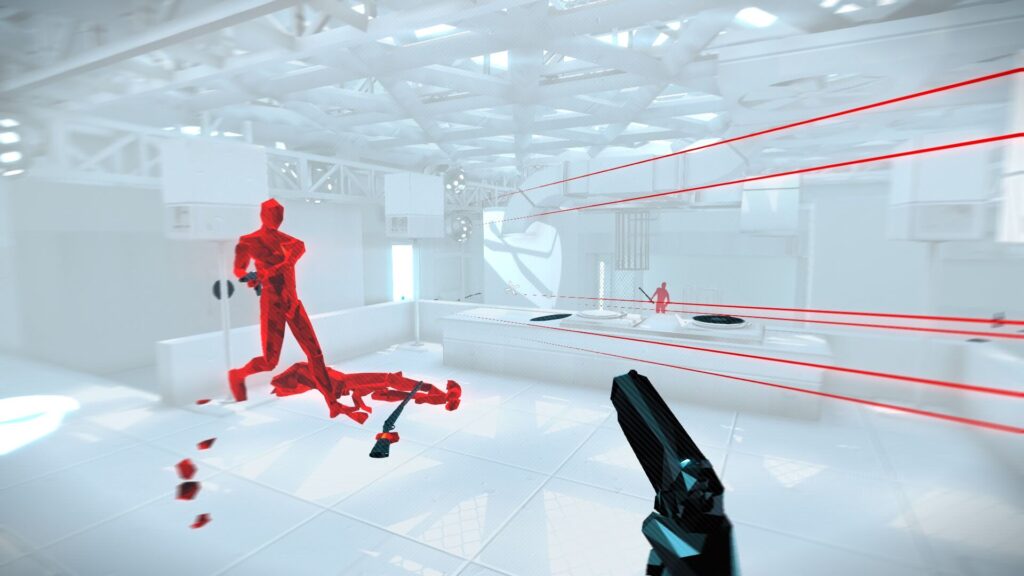 If you’re jumping back into the Superhot franchise with Superhot: Mind Control Delete, take a look at some of our best tips and tricks below. It doesn’t matter if this is your first time playing or not, we have a ton of short tips so you can get as much info as you want.

Tip 1 – Remember time moves only when you do. This gives you the advantage of planning your moves without time moving forward.

Tip 2 – Moving your camera around while standing in place will slowly move time forward if you’re waiting for something to happen. Sometimes this is the best way to set up a trap.

Tip 3 – Look around when you start every round because you might find useful objects or weapons nearby. This is often the case to give you a better start so you’re not stuck using your hands.

Tip 4 – Learn to shoot where your enemy is going to be, not necessarily where they are. Sometimes you need to shoot ahead of them if they’re moving toward somewhere. This works especially if they’re running to pick up a weapon too.

Tip 5 – Guns are almost always your best strategy for staying alive. If you’re struggling on a level, do your best to find a gun and make every shot count.

Tip 6 – If you’re struggling to find a weapon, remember, every dark object/weapon is throwable. Superhot: Mind Control Delete is overflowing with random objects like plates, cans, cups, etc. to throw. Once you hit an enemy with an object, they will drop/throw their weapon (unless a certain condition exists).

Tip 7 – Katanas will always stick in walls, this is a good strategy for keeping your weapon nearby to use others. I often like to grab nearby shurikens and toss those before going back to my katana.

Tip 8 – Punching an enemy always makes them drop their weapon. You can also always beat whatever melee weapon an enemy has, so long as you hit before they do. This is much easier to do than it sounds.

Katanas are a great weapon to throw since they don’t break after killing an enemy.

Tip 9 – Dodge bullets by taking advantage of time only moving when you do. This is important to remember when dodging barrages of bullets from assault rifles. Especially as you get to tougher levels, you’ll want to move slowly.

Tip 10 – You can deflect bullets with a katana to send it right back at an enemy. This isn’t easy, but it is effective.

Tip 11 – The same way you can deflect bullets, you can block them with any object or weapon. This means that a random plate or cup you just grabbed can be thrown at an incoming bullet.

Tip 12 – Be careful of enemies sneaking up behind you. Once an enemy gets close, there’s a chance the game shows a giant message warning you to “Watch Your Back”. It’s important to be aware of where enemies are, but by looking around more often, you’re slowly moving time too.

Tip 13 – The assault rifle’s burst fire is great for hitting multiple enemies if you’re able to look toward them quickly enough. Simultaneously, it’s also useful for hitting a moving enemy if you’re struggling.

Tip 14 – Enemies will always die in one hit, so long as the attack is strong enough. This is why certain objects won’t kill an enemy but will stun them at least.

Tip 15 – It doesn’t matter where you hit an enemy to kill them, so long as you hit red.

Tip 16 – Enemies with katanas will block anything thrown/shot at them near their torso or head. Unless you shoot a lot at them using an assault rifle for example. Otherwise, aim for their legs and/or feet.

Tip 17 – Unlike previous Superhot games, in Superhot: Mind Control Delete, you only need to kill a certain amount of enemies to move on.

Tip 18 – An empty gun is still a useful weapon that can be thrown. 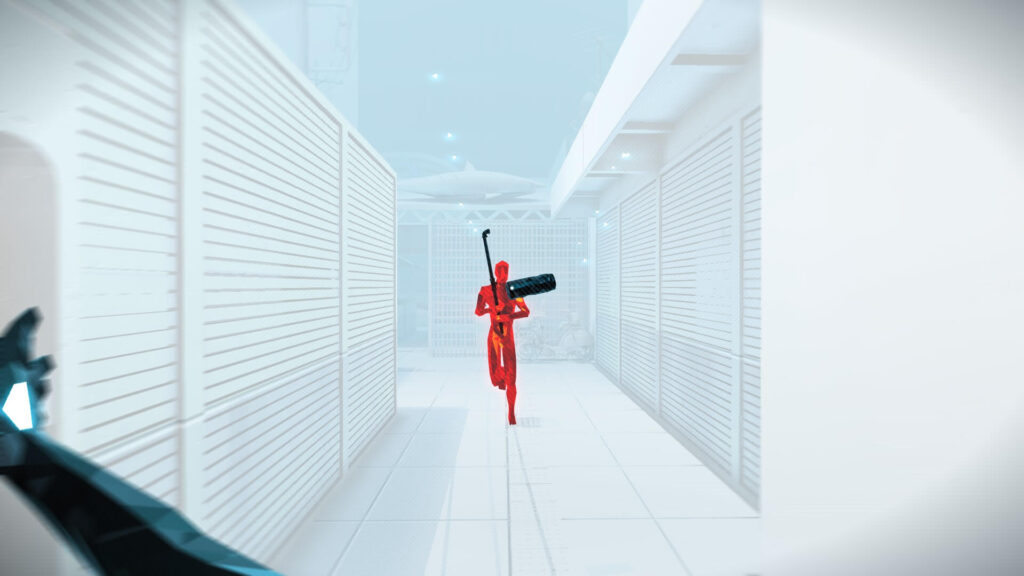 Sometimes all it takes is a can to throw an enemy off.

Tip 19 – Enemies don’t always shoot where you are, they’ll sometimes shoot around you. Try to pay attention so you don’t walk into a bullet.

Tip 20 – Enemies come from bright white doorways when the spawn into the level.

Tip 21 – Once you grab a gun, it can be fired immediately. This is a good way to move fast through groups of enemies when throwing objects/weapons at them.

Tip 22 – There aren’t many opportunities to take advantage of it, but you can jump. This is good for moving time forward and sometimes jumping over obstacles/ledges. Holding spacebar/whatever your jump button is will make you jump and fall slowly.

Tip 23 – Killing the last enemy you need to kill for a level can save you from getting hit by a different enemy instead.

Tip 25 – It takes three punches to kill an enemy.

Tip 26 – Punching an enemy makes them drop their weapon immediately.

Tip 27 – If you hear an enemy shooting but don’t see them, you should probably step to the side. This is your best chance of dodging it.

Spoilers Related to Mechanics Further Into the Game 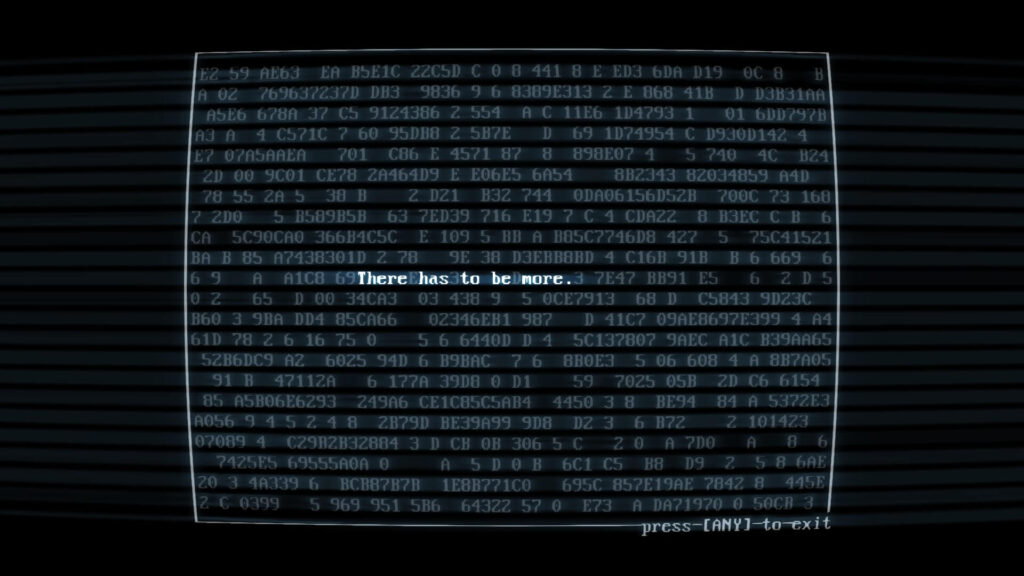 Is this the end?

Superhot: Mind Control Delete really opens up once you get past the first end screen near the beginning of the game. It introduces new features like health, skills known as hacks, and a level select menu for deciding your own path. The tips below revolve around these new mechanics.

Tip 28 – Progressing along the different levels/nodes will provide new hacks that you can pick as upgrades during each level.

Tip 29 – Core hacks in Superhot: Mind Control Delete are skills you go into each round starting with. These are used on top of hacks you gain during a level.

Tip 30 – My two favorite hacks so far are More and Recall. More gives you extra hearts so you can take more hits for those really long levels. While Recall starts you with a katana every round that you can throw and recall back to you. This applies to other katanas too.

Tip 31 – Using the Recall core hack, you can throw a katana past an enemy, and then recall it through them, killing them. On the way back, the katana deals damage to anything in its path.

Tip 32 – Enemies with a spiky appearance on them will explode into bullets when they die. A great strategy to deal with them is to stun them with random objects. This makes it easier to reposition behind a wall or ignore them altogether. 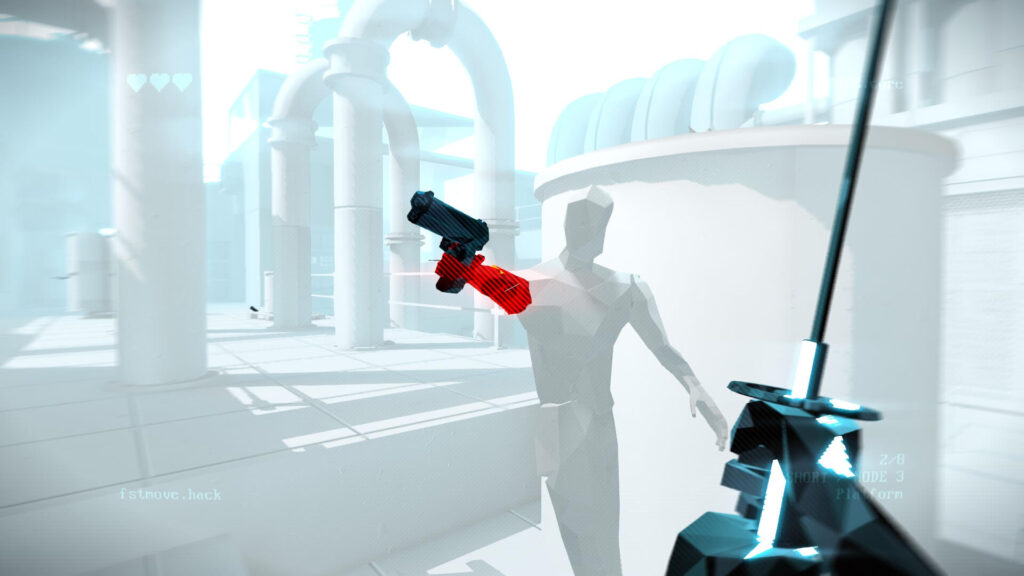 You can only kill an enemy by hitting red parts of their body.

Tip 33 – Another new enemy that appears in Superhot: Mind Control Delete has a form of armor. instead of their whole body being red, they have white areas that cannot be damaged.

Tip 34 – Enemy bullets can kill each other if you set up the situation right. Especially with the spiky dude that explodes bullets.

Tip 35 – If you fail a level/node, it might give you a different set of levels. However, each level still has similar weapons and placements of them to take advantage of.

Tip 36 – The Hotswitch core hack lets you swap bodies with enemies. If you’re about to get shot by an enemy, you can swap places, and then the enemy will get shot by their bullet instead. Also, you drop whatever weapon the enemy you swap to is holding.

Tip 37 – The Charge core hack is great for dashing across large distances to hit enemies. It doesn’t matter if they’re above or below you, so long as they’re close enough.

Tip 38 – The Berserk hack is a decent one to combine with the Recall core hack, but it requires you to be really close to enemies. It prevents you from taking damage in close quarters.

Tip 39 – Rndgun is probably my favorite normal hack since it gives you a random gun at the start of every level. This is a game-changer, even though I’m not sure how it will be handled with the Recall core hack. 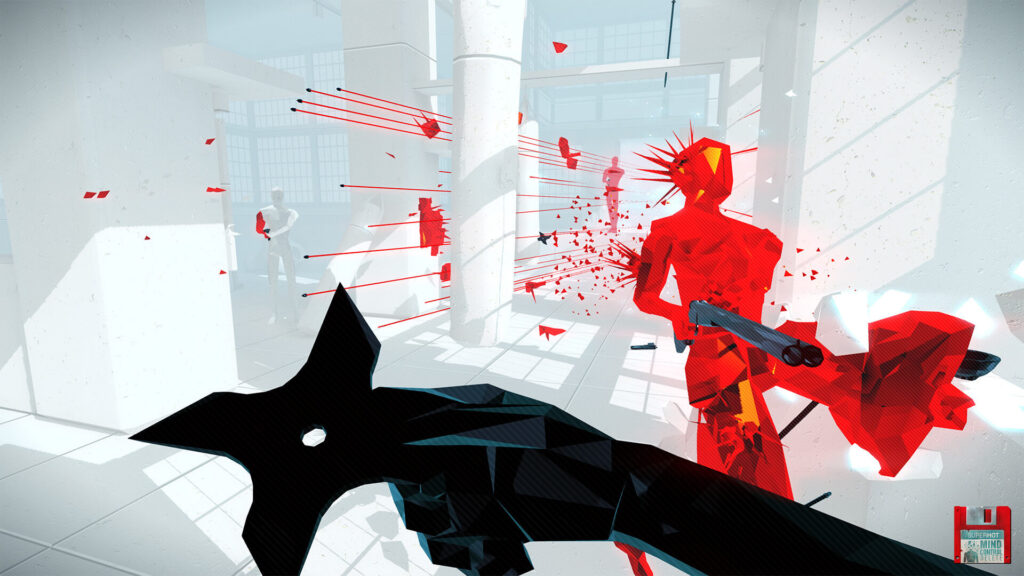 Enemies with spikes coming out of them will explode into a bunch of bullets.

Tip 40 – Be careful around spiky red walls. They’ll beep when you get close and explode with bullets if you get too close. These can be blown up by throwing objects or shooting them.

I hope these Superhot: Mind Control Delete tips and tricks help you beat the game with ease. If you need help or have any tips of your own, be sure to comment below. We can add them in for you too if you’d like!

Superhot: Mind Control Delete released on July 16, 2020, for Xbox One, PlayStation 4, and PC. Available on Steam now, it released for free to most owners of the original Superhot.

Another fun fact, having the berserk hack on and hitting these armored parts normally with a melee swing of any type will trigger berserker invincibility without killing the enemy. Convince with weaponmaster hack to gain pointless and infinite invincibility. Great if you care more about time than kills in survival. Also great for some emergency saves, since you don't need to aim, just connect.