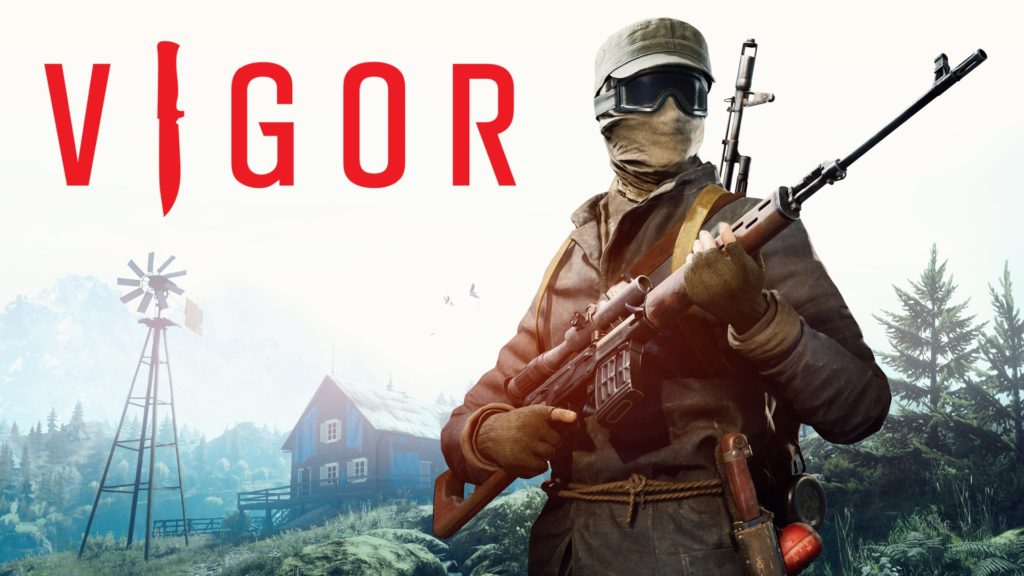 Battle royale games are one of the most popular genres today and it’s always neat to see developers put their own twist on them. Escape from Tarkov and Vigor are examples that turn that formula into a progressive journey; where your experience doesn’t end when the match does. After trying the Vigor Nintendo Switch beta, I’m excited to see the free-to-play shooter hitting a new platform.

Vigor takes place after a nuclear war has destroyed Europe, and Norway is all that remains. Players will wander into dangerous areas to loot supplies for upgrading their own shelter. While choosing whether they’re the type to hunt others for loot or scavenge quietly.

Disclaimer: I haven’t played Vigor on Xbox One, where it has already released. Also, undocked Switch screenshots in this preview were uploaded to Twitter and then published here, where they may have lost some quality. 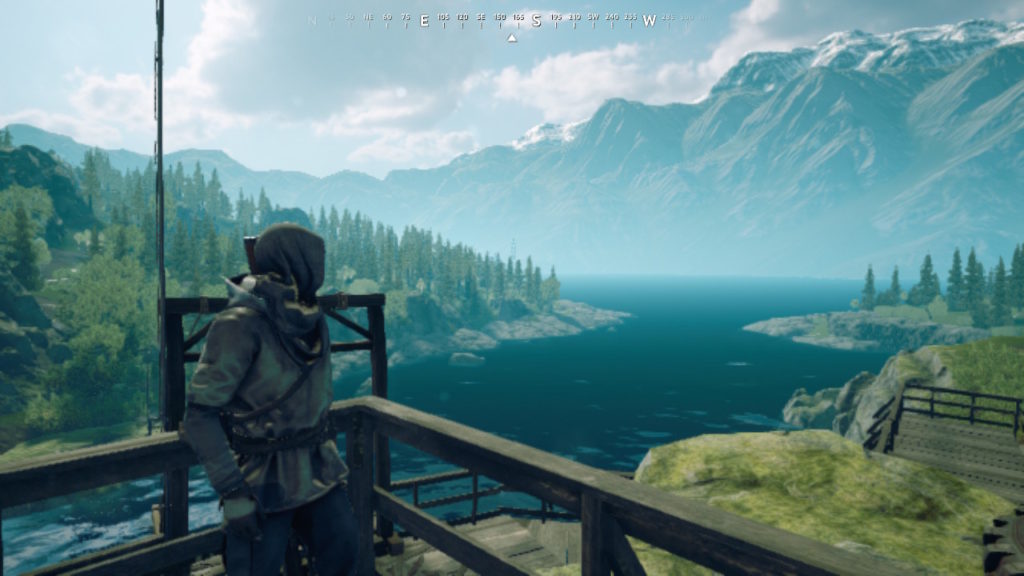 The landscapes crafted by Bohemia Interactive are beautiful when you take a second to look. (Undocked Nintendo Switch screenshot)

The popularity of the PC exclusive shooter, Escape from Tarkov has left console players without a chance to try it. This is where Vigor comes in to show that Escape from Tarkov isn’t the only shoot and loot game around. There’s nothing comparable to the intensity and adrenaline rush of fighting other players in these games. Almost every time I see a player in Vigor, my heart stops and this moment becomes a split-second decision of life or death.

Do I run away and extract with all the loot I’ve scavenged? Or is this player a great opportunity for loot, if I get the kill? Once you throw in the twist that getting out with your gear matters, it creates a whole different experience. These are frequently some of the most stressful and enjoyable moments simultaneously. 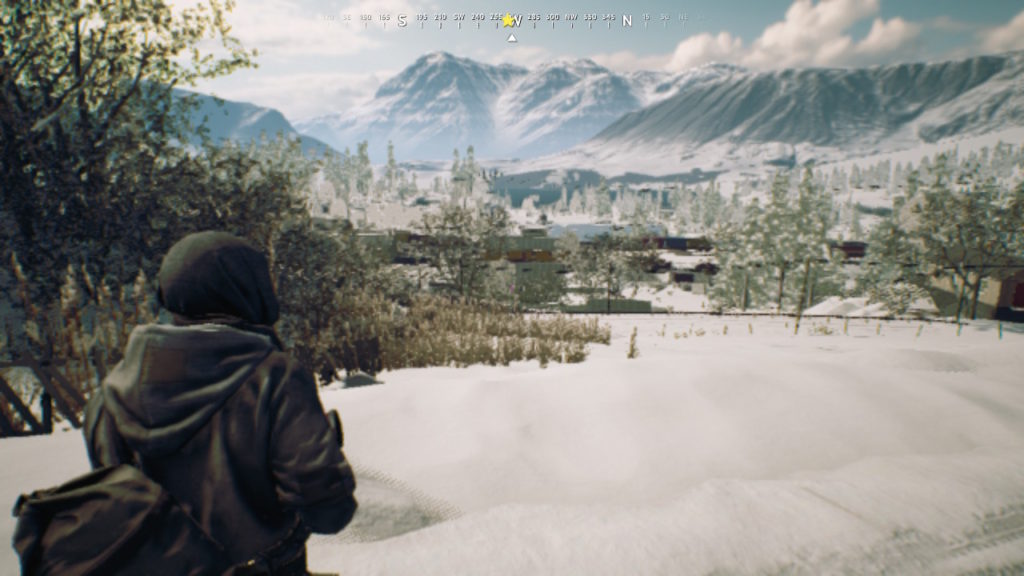 My main flaws with Vigor on the Nintendo Switch, is blurry graphics when undocked. It’s entirely possible this may improve when it completely releases. However, any type of foliage appears as blurry and painful to look at. This makes it nearly impossible to hide in bushes and still understand what’s going on.

Maps that have less foliage tend to look a lot better, however. The map that suffered the most during the beta was Viktorsen Station. Despite foliage being rough, other areas are playable without too much of an issue. On top of that, I barely ran into any frame rate issues and had a decent time otherwise.

It’s worth noting that the Nintendo Switch handles Vigor graphics much more nicely when docked. 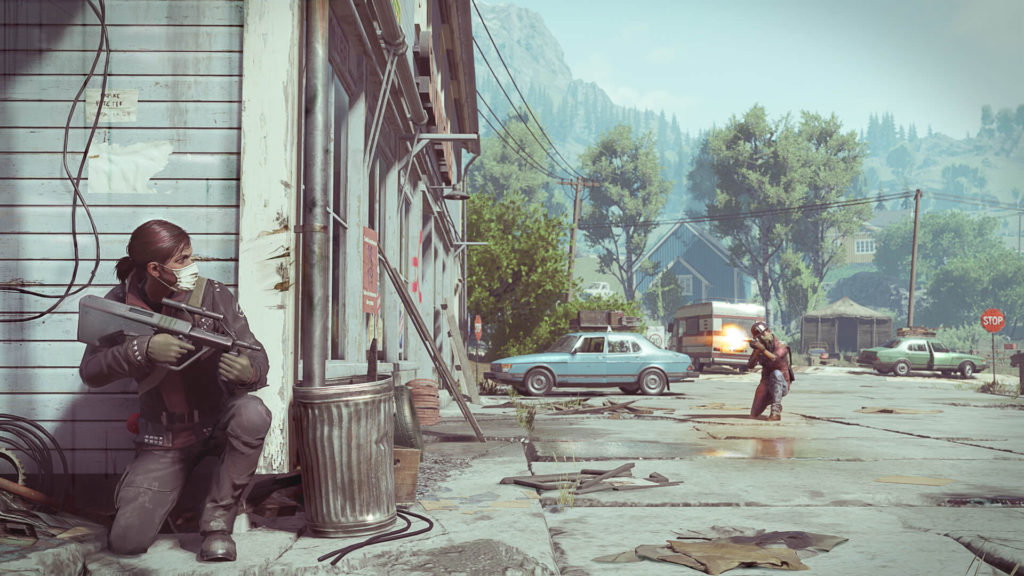 Competitive multiplayer games revolve around using sound to know where others are. If you can’t figure out where an enemy, you’re more likely to lose that fight. This is a problem I often ran into regardless of whether I had headphones on or not.

Your footsteps in Vigor sound like they’re around you, rather than under you. This creates a situation where you can’t differentiate your sounds from others. I’m almost always on edge that a player is nearby and when one is, I can’t even tell. Fingers crossed this is solved on release. 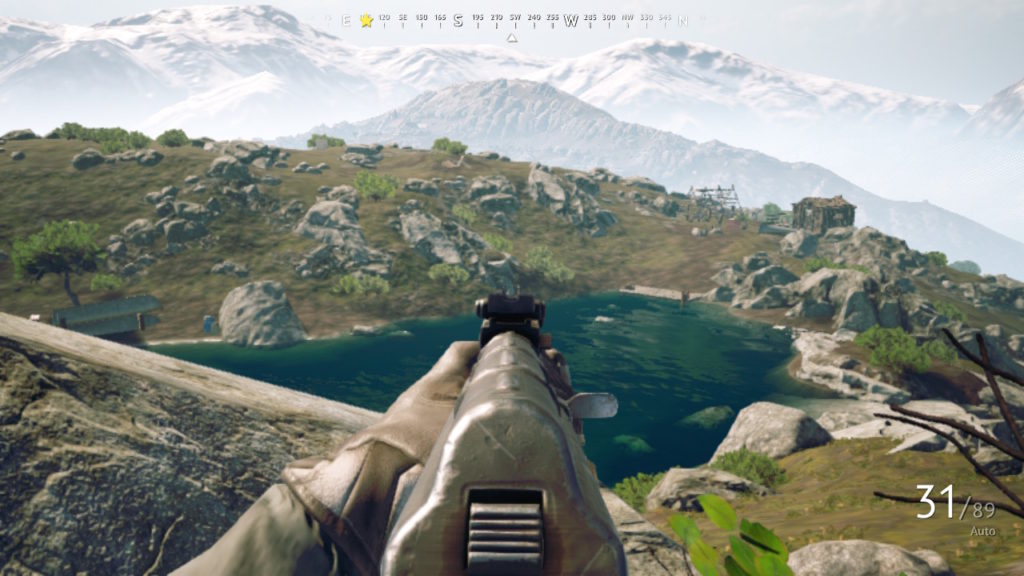 Vigor matches run for 15 minutes give or take with radiation forcing players to extract. When you’re first learning how the game works, it’s easy to lose track of time if you don’t have a plan. By not immediately running to a high-risk area or scavenging for loot, you can fall behind easily.

There are pros and cons to short matches because it immediately gets you into the action. This forces you to treat every second as important and concentrate on what you need going in. While simultaneously getting loot for base upgrades. 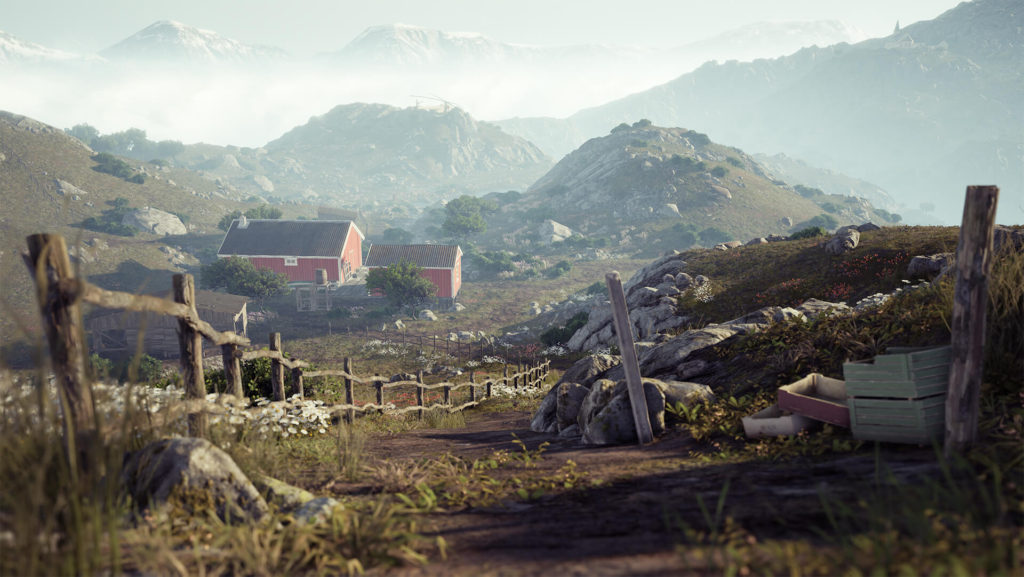 I love how every Vigor map emphasizes a few major locations to create unique encounters. For example, the Barred House is a barricaded building with rare loot inside a locked safe. This is a valuable area that attracts players in for a high risk, high reward. Another example features the Signals Detector which tells you where every player is for a short moment.

While there are a few other areas that function similarly, I love how these provide hints to where players are. This immediately creates a neat dynamic where people have to decide if they want valuable loot alongside the risk of dangerous players. I won’t lie, I definitely kept an eye on these places to catch players off-guard.

6 – The Shelter Provides a Satisfying Form of Progression 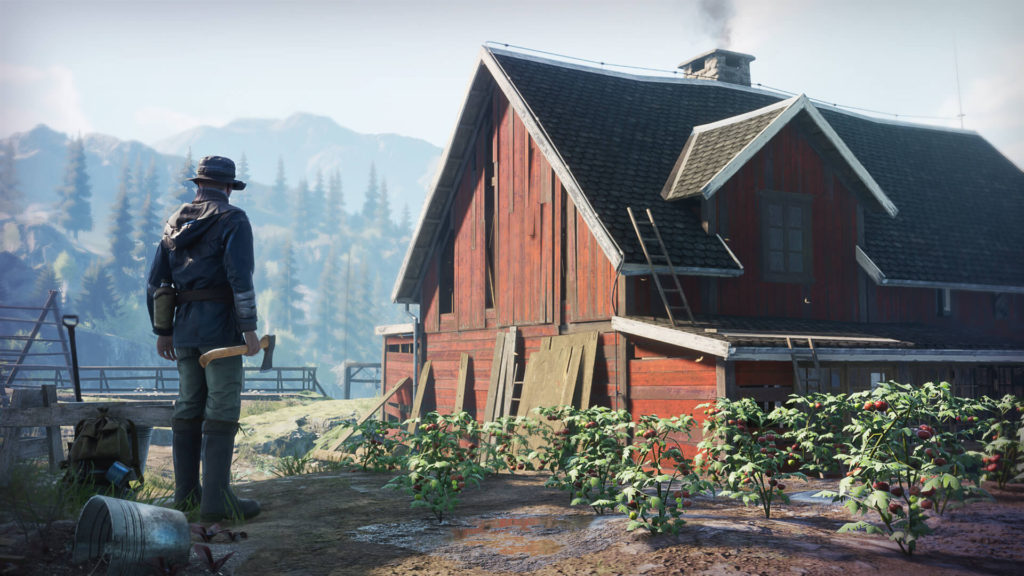 With Europe destroyed by a nuclear war, the only safe haven is now a ramshackle shelter. Over time, you’ll improve it with new structures and walls to make it worth being proud of. Alongside your shelter becoming more appealing, upgrades add unique benefits that make your Vigor experience easier.

It’s mostly a mix between gaining resources for new weapons and shortening item crafting times. The shelter becomes your main motivation in getting back into the fight to find useful building components. Something neat that easily could have not been included is the Antenna that gives a small amount of premium currency daily. 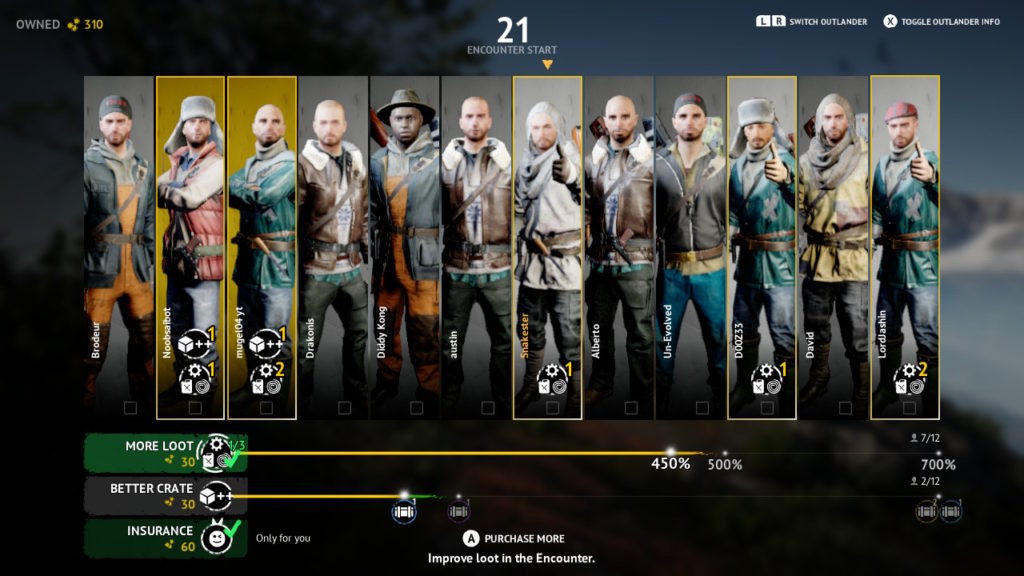 The loading screen into a match shows how much players have contributed to each boost. (Undocked Nintendo Switch screenshot)

Anytime I see a free-to-play game, it makes me wonder how the developer is making money. Especially in a competitive multiplayer game where pay-to-win mechanics are frequently, an issue. Fortunately, Vigor handles premium currency in a way that benefits everyone.

Before a match starts, you can purchase three different options:

These prevent anyone from having an advantage and therefore eliminate any pay-to-win issues. If multiple people increase the amount of loot in a match, everyone benefits. If the Better Crate choice is boosted multiple times, you know that airdrop is going to be chaotic. While Insurance is great for someone new to Vigor. 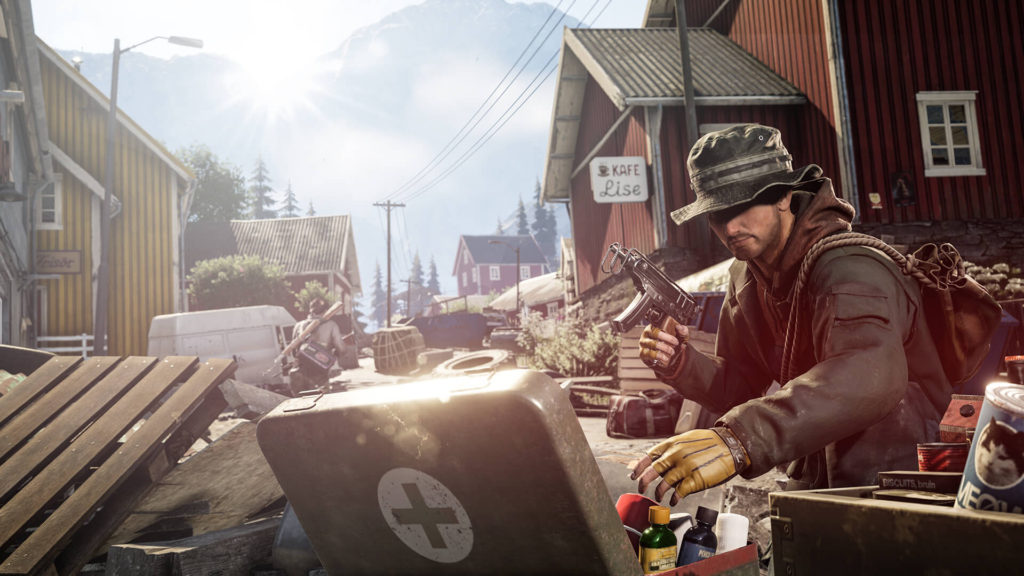 It’s nothing new that Vigor is a free-to-play game, but it’s nice to see this model on the Nintendo Switch too. This guarantees an audience and hopefully encourages a community building around it. I’m curious to see how the player base does on Switch, as someone who prefers shooters on PC with more precise accuracy.

There’s already bound to be a large advantage between players using joy-cons and others using a pro controller. However, Splatoon is a great comparison for how well shooters perform on the handheld console. Overall, the free-to-play model is a great opportunity for people to try Vigor.

9 – What I’m Looking Forward to Most! 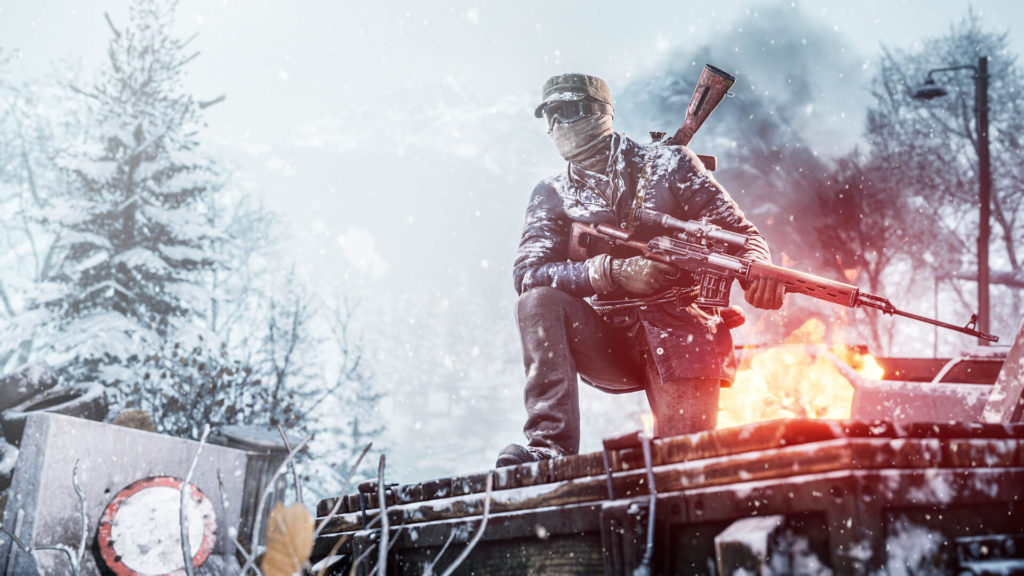 This beta spoiled me with a lot of starting weapons and I can’t wait to go in with a clean slate. I’ve always been a fan of games with a strong progression similar to RPGs. By starting the beta with a lot of gear already, it removed the excitement from killing a player and looting an awesome weapon. That’s what I look forward to most when Vigor releases on the Switch. Starting with nothing and working my way up the ladder gathering new weapons, upgrading my shelter, and making it on my own.

If you’re a fan of Escape from Tarkov or interested in trying it, be sure to check out our Tips and Tricks For Beginners.

Vigor released on Xbox One as of August 19, 2019. It’s launching on Nintendo Switch in Summer 2020 with access via a $40 Founder’s Pack. Sometime later in 2020, it will become free-to-play, similar to how the Xbox One version originally released. Cross-platform play between both versions is planned as well.

A Vigor beta key for the Nintendo Switch version was provided for this preview.