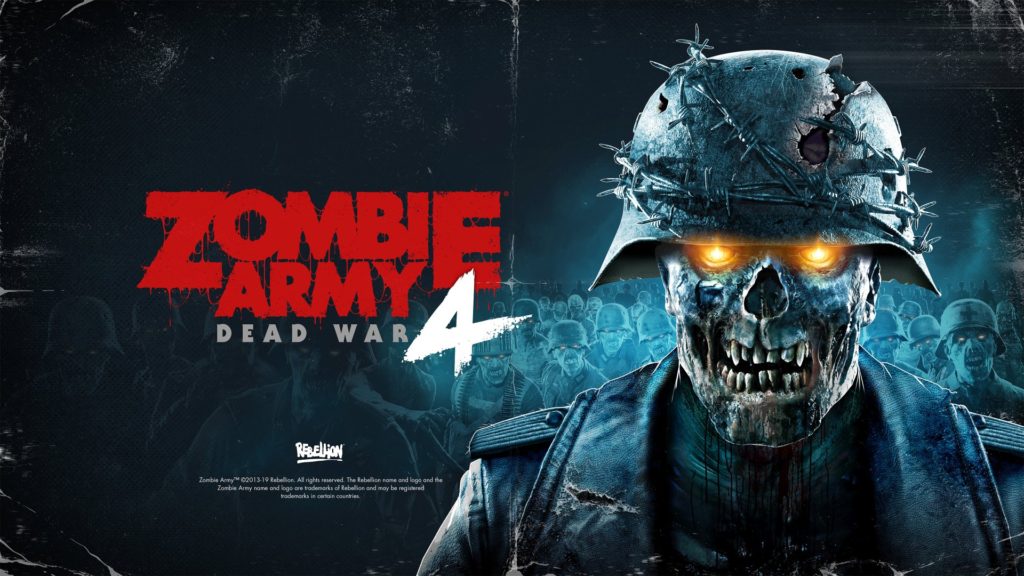 I’m always a fan of games that include zombies or sniping, and Zombie Army 4: Dead War is a great combination of the two. If you’re looking for the best tips and tricks to get ahead, take a peek at mine below. They’re great for beginners and advanced players alike.

Tip 1 – Headshots Aren’t The Only Way to Kill Zombies 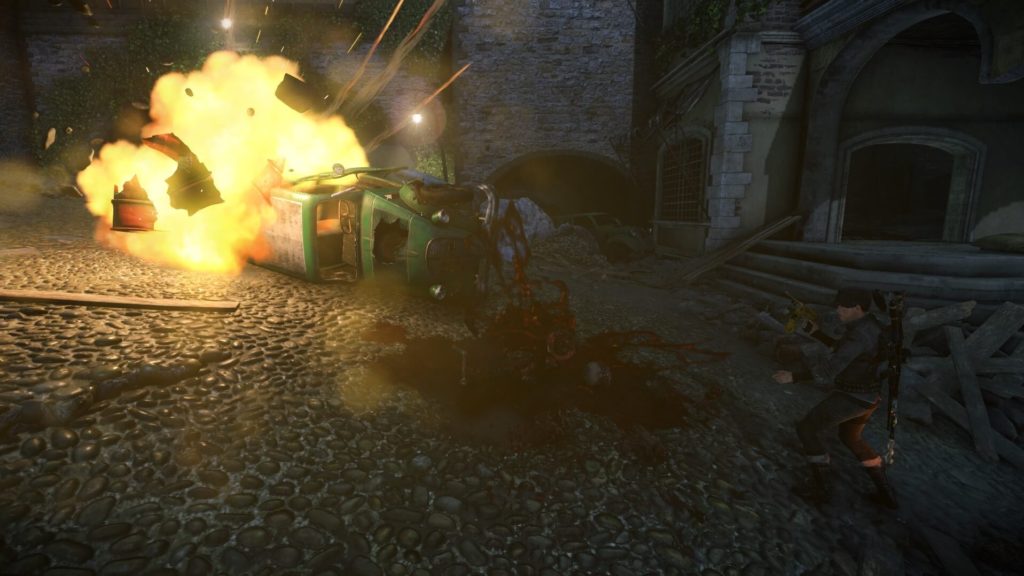 Sometimes the best way to kill a zombie is with an explosion.

The majority of zombie games and movies teach you to aim for the head. This doesn’t change in Zombie Army 4, but it’s not the only way to kill zombies. If you have an automatic weapon like an MP44, light those zombies up. It takes a few extra bullets to kill them if you shoot their body, but it’s still efficient.

If you really want to get creative, my next tip dives into taking advantage of your surroundings.

Tip 2 – Traps Are Deadly to Zombies and You 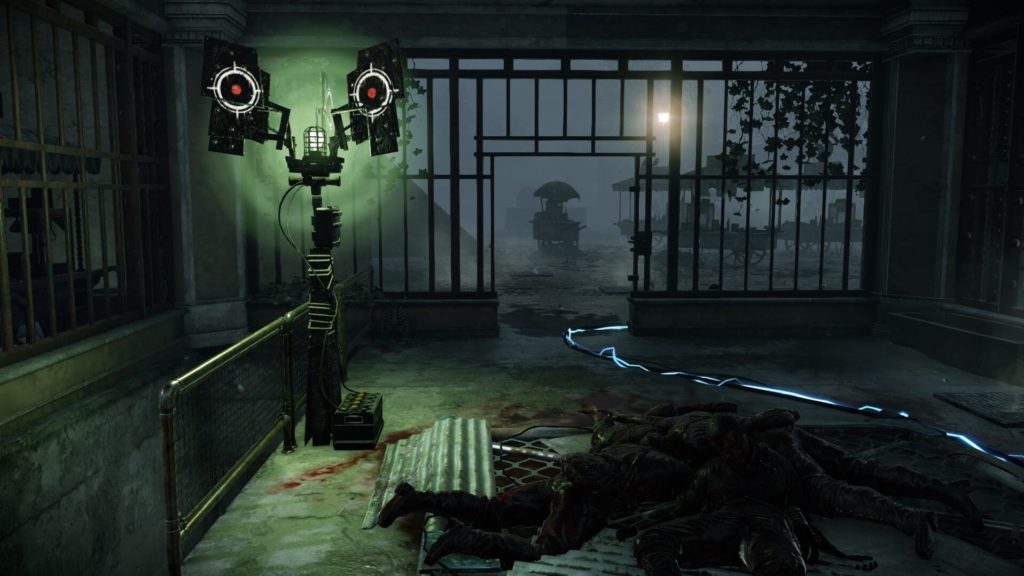 Shoot these trap target signs for a surprise.

Zombie Army 4 is littered with traps and explosives waiting to slaughter zombies. The trap shown above is a common way to trigger traps by shooting the targets. Whether it triggers an electric floor plate or a giant zombie shark, they’re super effective. Just remember, while these traps and explosives are deadly to zombies, they are to you too.

Don’t get sucked into a giant fan as it slices and dices your foes.

Tip 3 – Alternate Between Your Scope and Iron Sights 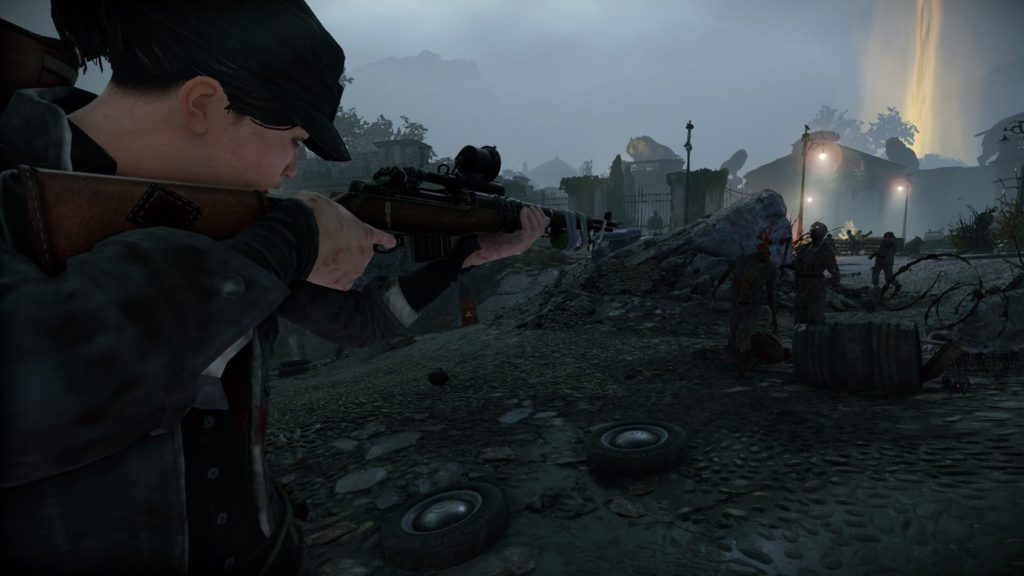 Get the perfect shot for the right situation.

It’s extremely important to switch between your scope and third-person iron sights. This mostly applies to sniper rifles so you can easily slay zombies from afar and up close. My favorite gun is the M1 Garand because of its high fire rate for close quarters. While I can snipe close zombies with it, it’d take a lot longer. 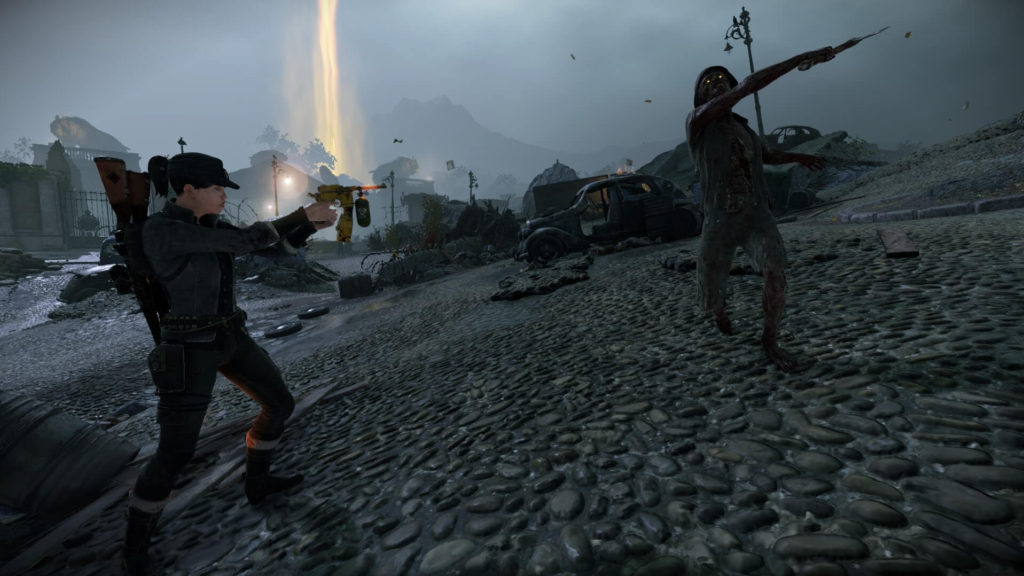 Don’t stay in one spot for too long, you might get flanked.

A majority of the Zombie Army 4 gameplay revolves around hitting a wall and having to kill hordes of zombies to progress. Even though you’re often stuck defending a generator or eliminating a horde in a small area, keep moving. Zombies like to come from every direction and that makes few areas safe to defend. This is why it’s important to stay mobile so you don’t get surrounded

Tip 5 – Learn How to Heal Fast 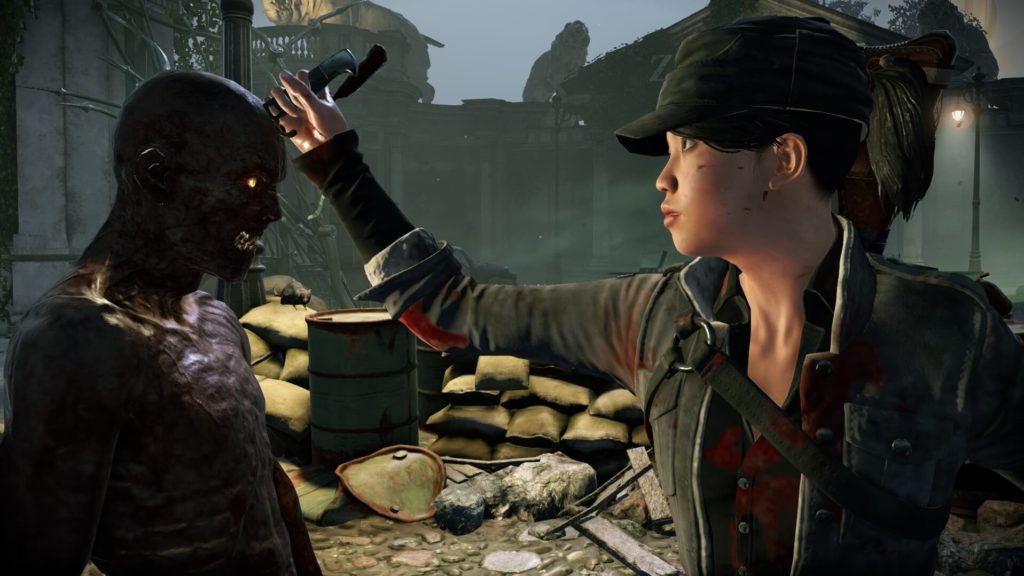 Getting up close and personal for takedowns is a great way to get some health.

Staying alive is the goal and there are many ways to make it easier with healing. Read my chart below for 8 ways to heal yourself.

You can also use some of the above methods to heal teammates, such as throwing a divine grenade.

Tip 6 – How to Get High Combos and Scores 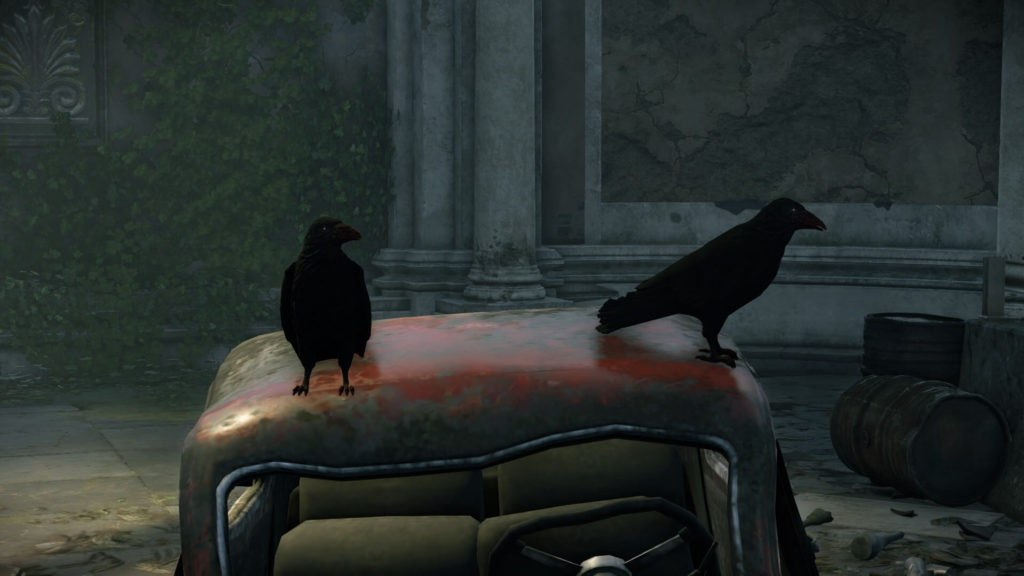 All I see are two combo stacks.

If you’re trying to get a high score in Zombie Army 4, you need high combos. The best way to rack up points is by using certain perks, being accurate, and timing your kills. First, Combo Extension is an early perk that extends your max combo timer. This makes it easier to chain together kills when there are no zombies nearby.

Second, the Combo Boost perk starts every combo higher going from 2-3-5 as upgraded. Also, it’s important to not miss because two to three shots can easily kill your combo. On top of all this, try to keep an extra zombie or two nearby for when your timer gets low. 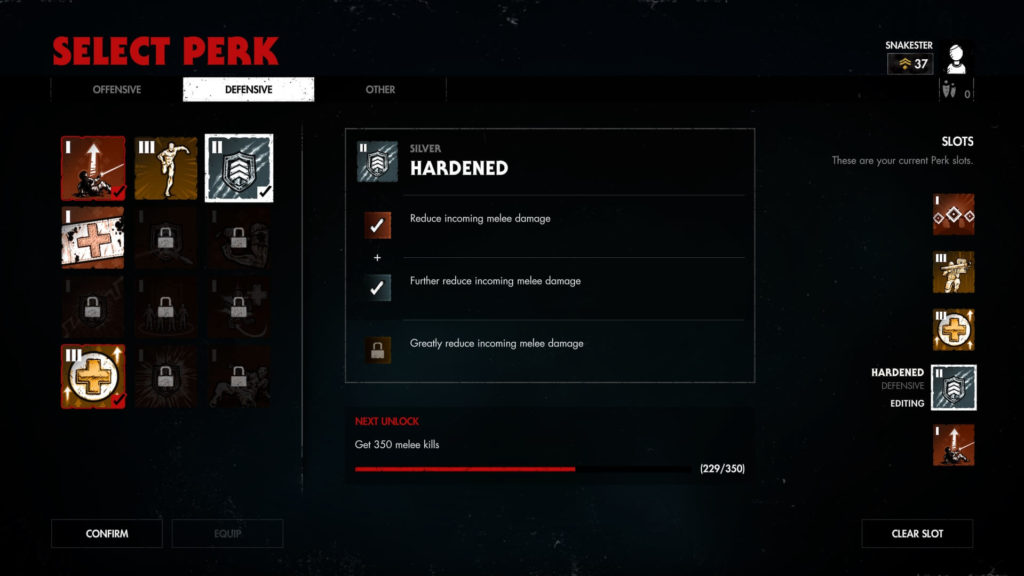 The best perks depend on your playstyle more than anything.

The best perks in Zombie Army 4 are mostly subjective to how people play. However, I’ll list my recommendations for what I think are the best perks. Check out the table below with them in no particular order:

While these are focused toward keeping you alive, other perks are tailored toward your playstyle. For example, Trapper makes it so you can place traps quicker and deal more damage. Whereas, if you’re prioritizing high scores, then as mentioned in Tip 6, you need different perks altogether.

Remember that the first tier on a perk might not be great, but the second and third may make it worthwhile. If you’re not sure how to upgrade a perk, it lists how on the perk screen when you hover over each one.

Tip 8 – Learn How to Get Upgrade Kits 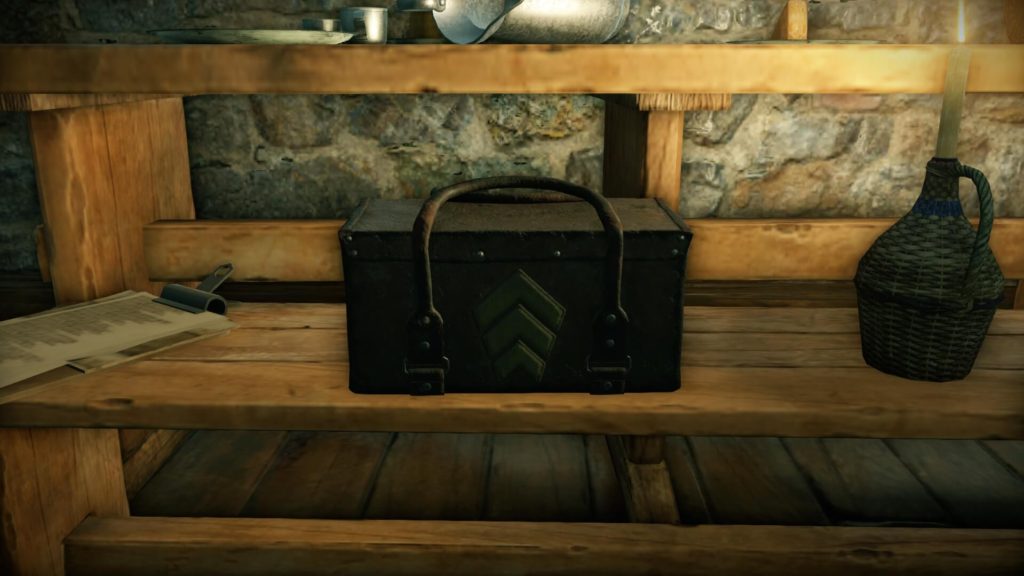 Ammo crates have a green shimmer that helps them stand out.

Upgrade Kits are important because they’re needed to add weapon upgrades like extra ammo or exploding bullets. The best way to find them is to explore everywhere you can reach. Unfortunately, you have to wander to out of the way areas if you want to get them all. However, if you only want enough to upgrade your go-to weapons, you will organically run into them too. The easiest way to notice Upgrade Kits is by their green glimmer when nearby.

Bait grenades are incredible for distracting zombies and setting up massive combos. While they don’t appear until a little later into the campaign, they’re great for bringing hordes to one spot. This includes armored zombies, specials, and normal ones too. If you combo a bait grenade with a trap, you can slaughter a wave of zombies easily.

Also, bait grenades are great for temporarily distracting zombies so you can heal or reposition. 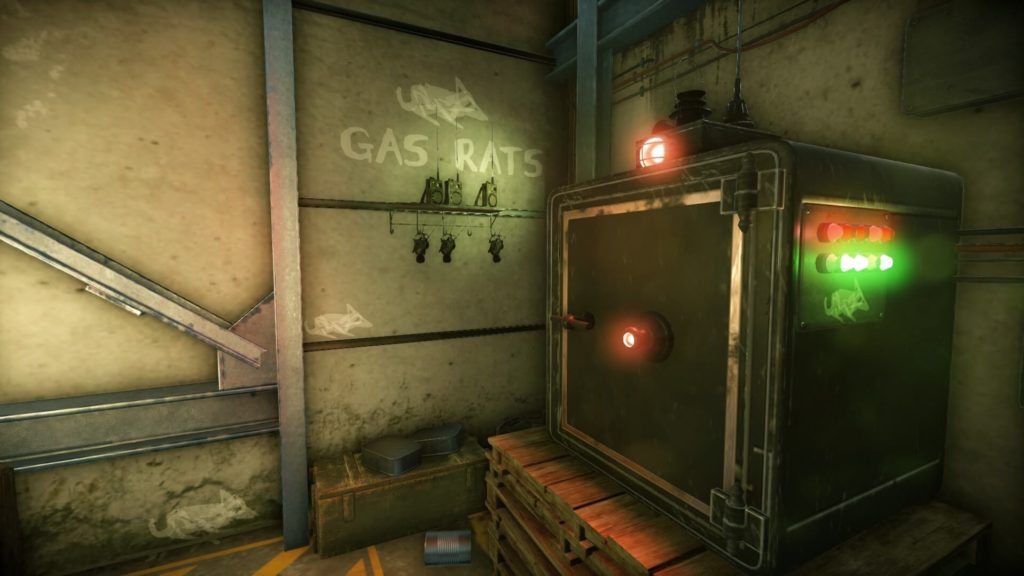 This safe is only openable if you kill five rats that have radios attached to them.

Knowing how to open safes in Zombie Army 4 is no easy task because they all have some sort of puzzle with clues. I’ve only opened a few and I figured I’d lend a little help. For example, one safe I opened had Christmas lights on a wall with one for each letter of the alphabet. This puzzle revolved around shooting each light to spell the word “Brains” that was written on the wall multiple times.

I hope these tips and tricks help you get started. If you enjoy shooter video games, be sure to take a look at our guides for Deep Rock Galactic and Escape from Tarkov.

Zombie Army 4: Dead War was provided by the developer via a Steam code.