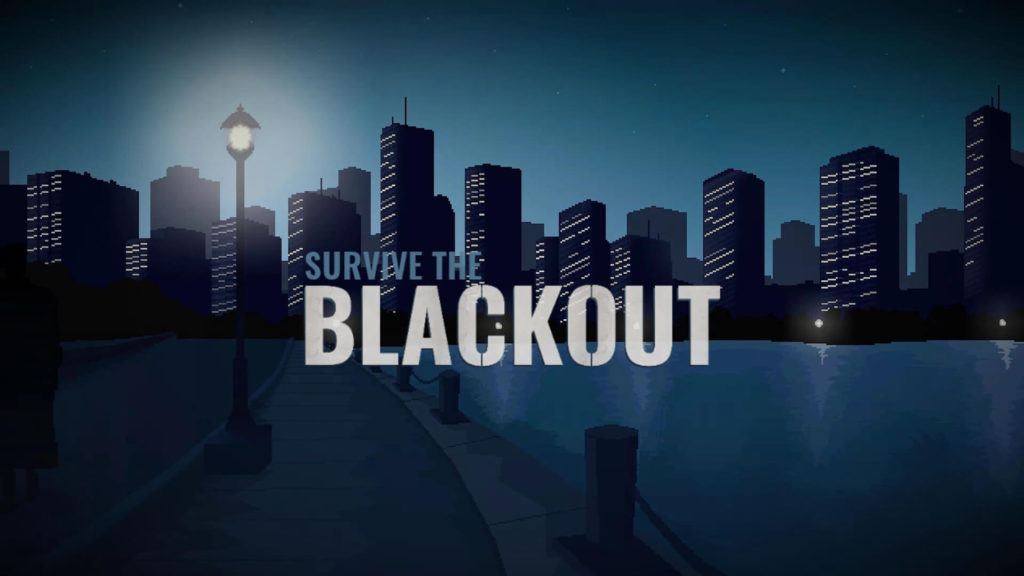 People often think about post-apocalyptic disasters like zombies and wonder how long they would survive. But what if it wasn’t about zombies, and instead the world losing power for an unknown reason. How long until humanity collapses and everyone is out for themselves? Survive the Blackout from Baby Bison Games tackles that scenario and tests how well you can survive with three people.

Take a look at this review for my thoughts in a different format than usual. If you like the way as a list with concise and quick points, let me know in the comments. If you don’t, let me know too! I’d love to produce content that you enjoy.

Disclaimer: This was reviewed on both a pre-release media version and a release version. The developer has since claimed that the launch version wasn’t the correct build. 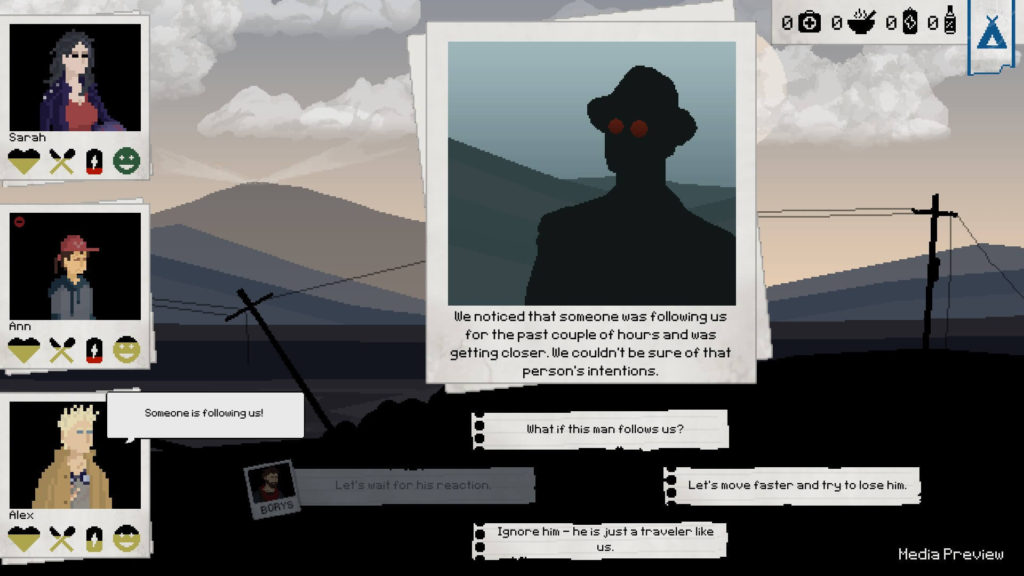 Who can you trust in a world where everyone is out for themselves?

The developer showcases the grime of society that comes out when order disappears. While on the run in Survive the Blackout, it always feels like someone is watching me. I never felt safe and quickly learned that I shouldn’t trust anyone. That lurking shadow a couple of hundred feet back isn’t only a shadow. Humanity shows its true colors both good and bad with countless bandits and the few willing to lend a hand.

2 – It’s Practically The Road or This War of Mine 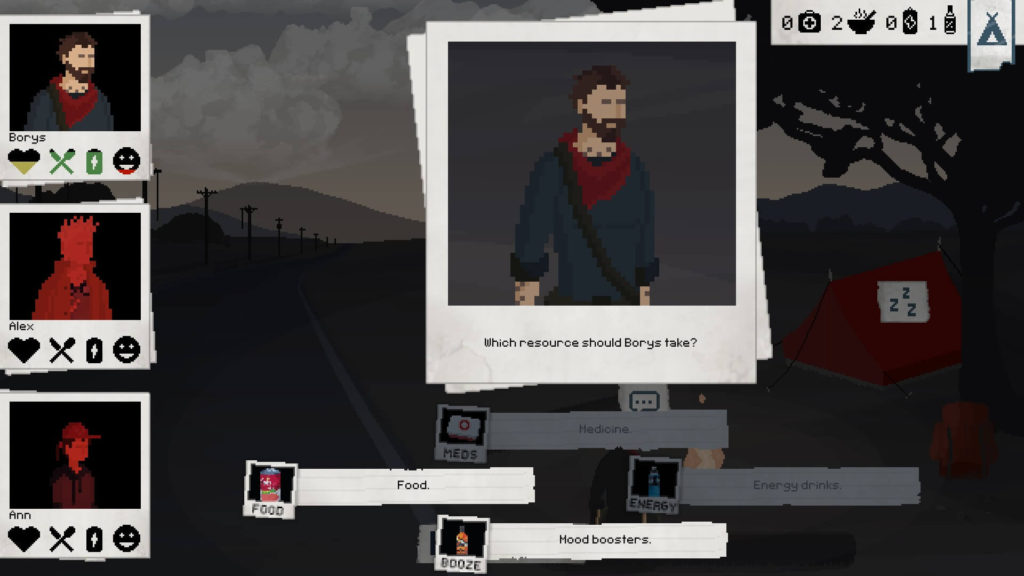 Taking a rest is important to recover your health, hunger, energy, and morale to survive.

While the developer compares Survive the Blackout to The Oregon Trail, I get strong vibes similar to The Road (movie) and This War of Mine. They both deal with the strategy of surviving a catastrophe in detail. Balancing the struggle of not starving to death with feeding a helpless child is one of many moral dilemmas. 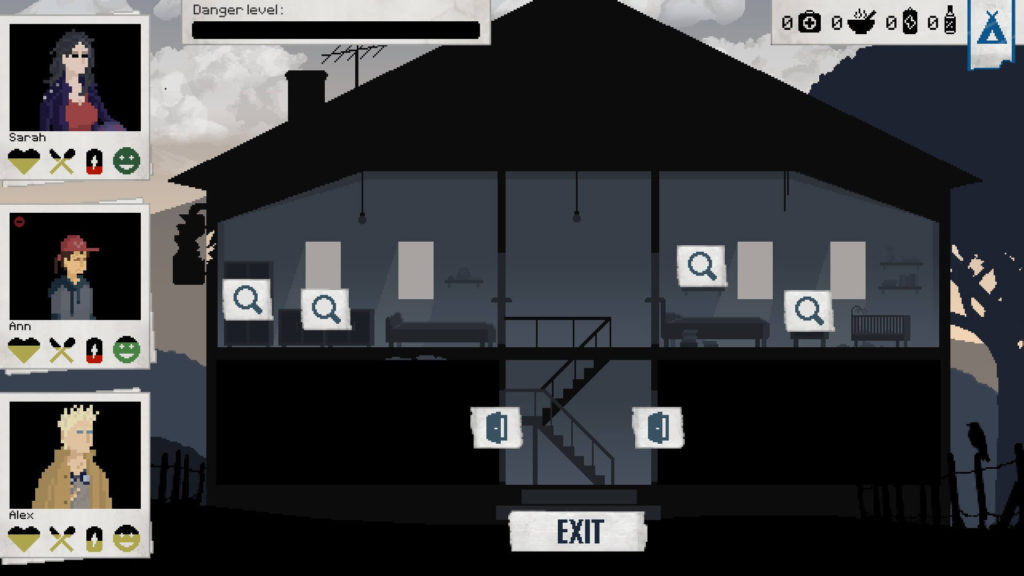 Certain buildings are lootable despite the risk of being attacked if you stay for too long.

The strategy that goes into Survive the Blackout revolves around making moral decisions. Every scenario is an opportunity to get food, get hurt, or move on to avoid risk. That shadow in a window could be a trap or someone willing to help. Do you look into it or ignore the potential danger? There are so many opportunities to become another bandit or be a good person.

4 – Surviving Takes Away From Your Decisions 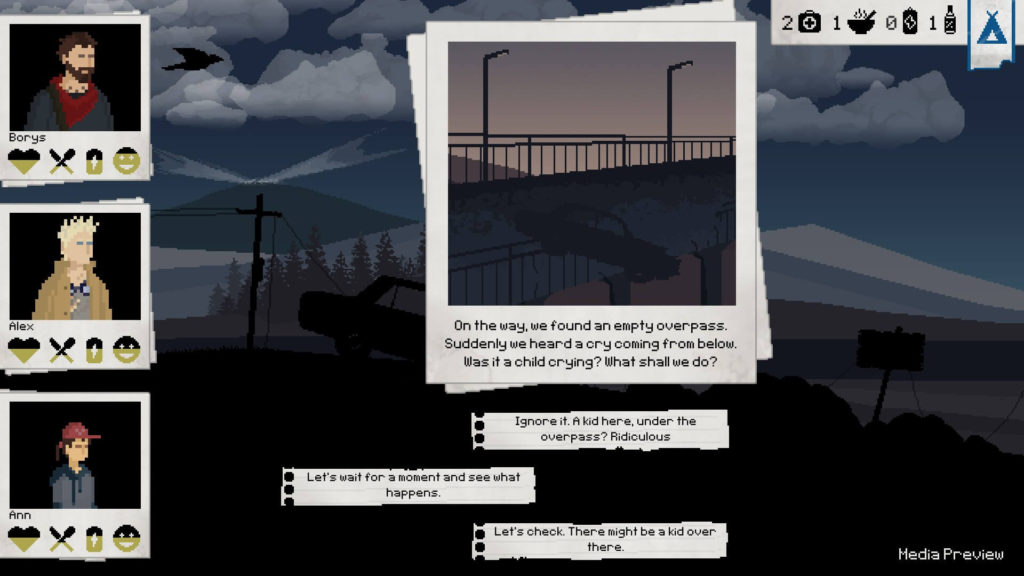 You never know if a cry for help is someone in need or a trap.

One of the more frustrating issues is the reasoning behind decisions. I grew up in the Boy Scouts of America organization and I like to think it helped make me be a good person. However, my first playthrough of Survive the Blackout was shortlived because it almost feels useless to not prey on the weak. Perhaps that’s a moral lesson for society and the end of times.

My main complaint is that it stops being about the decisions. And it becomes more about what reward do I get. I stopped thinking about the morality behind robbing a mother or helping someone being robbed. Those decisions no longer read as “help someone” and instead come across as “earn food”. Perhaps this is a good example of what survival comes down to. But for me, I felt my decisions didn’t matter. 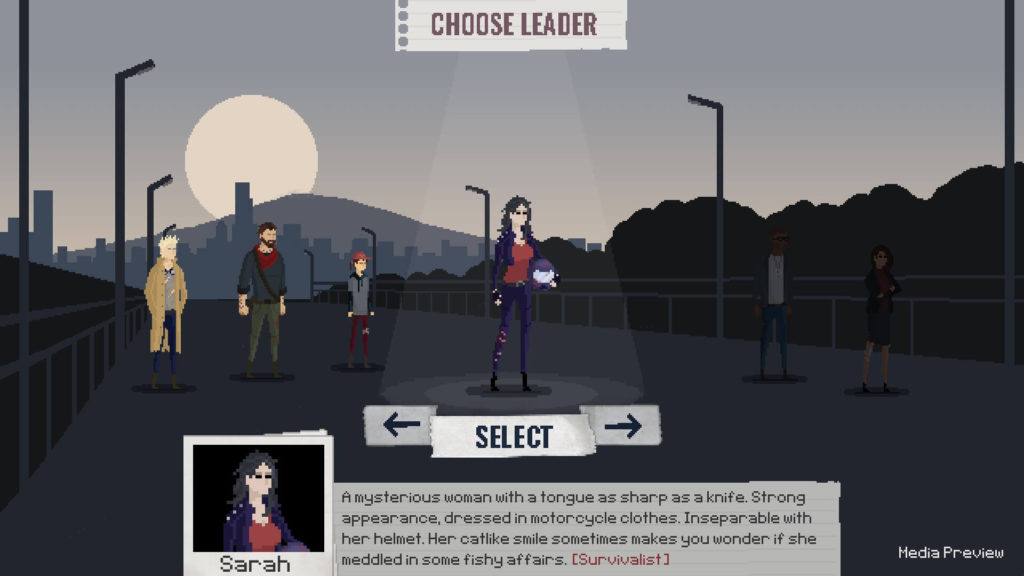 The many unlockable characters are an attempt at replay value.

On your journey to a random light on a mountain, your unique characters have decisions only they can make. This leads to most situations having a hidden option that you would think functions as a trump card. That isn’t always the case. To be fair, it is the end of the world, and not everything is going to go your way. But when I pick unique actions and they don’t benefit me at all, it’s a little disappointing.

6 – Typos and Poor Translations Are Confusing

It’s easy to look past the occasional typo when it doesn’t impact your experience. However, what I assume is an issue with not being native English speakers definitely comes through. That’s the challenge of the English language, unfortunately, with random colloquialisms that are more confusing than anything. This issue hits Survive the Blackout hard where many decisions are too difficult to understand.

For example, I traded food for medical supplies with some strangers. And the dialogue options were essentially, “They will trade food for meds,” instead of “They’ll trade meds for food.”

7 – No Checkpoints Is Frustrating

Survive the Blackout attempts to warrant multiple playthroughs with unique paths. However, it often leads to disappointingly replaying content that you’ve seen before. This is why a lack of checkpoints or manual saving is frustrating. It’s not the end of the world if you die early on, because you haven’t seen much content yet. But if you’re a couple of hours in, replaying that content doesn’t feel worth it. 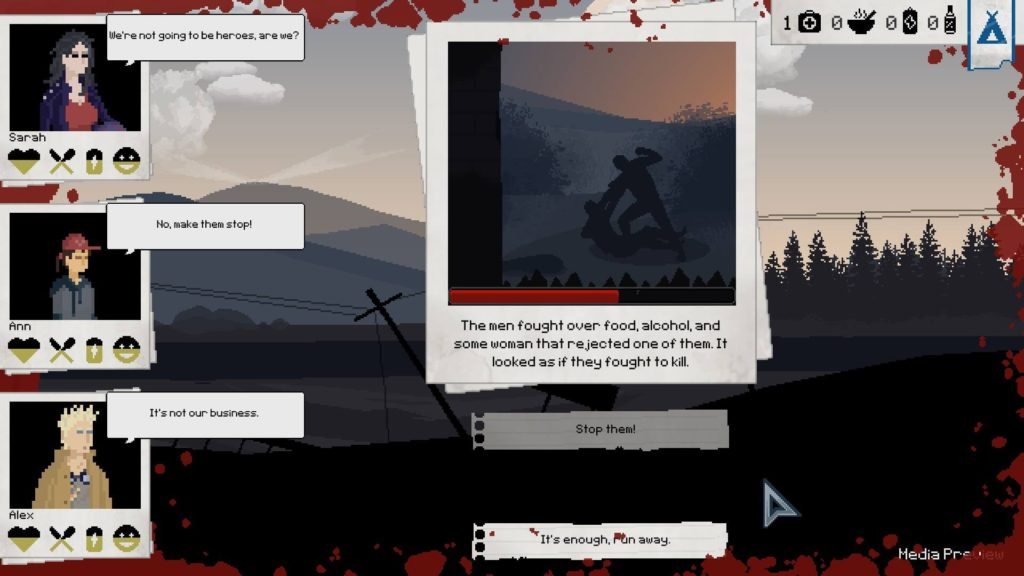 Quick time events add to the stress of surviving so long as you’re a quick reader.

I’m always an advocate for difficulty options in video games because they make it more accessible for everyone. Fortunately, Survive the Blackout has options to help make your survival more likely. I recommend the easier difficulty because of the previous issue about a lack of content for replaying. Another problem an option solves has to do with Quick Time Events being a little too fast. A simple checkbox removes the timer forcing you to race the clock.

9 – Survive the Blackout Is a Neat Game With Flaws 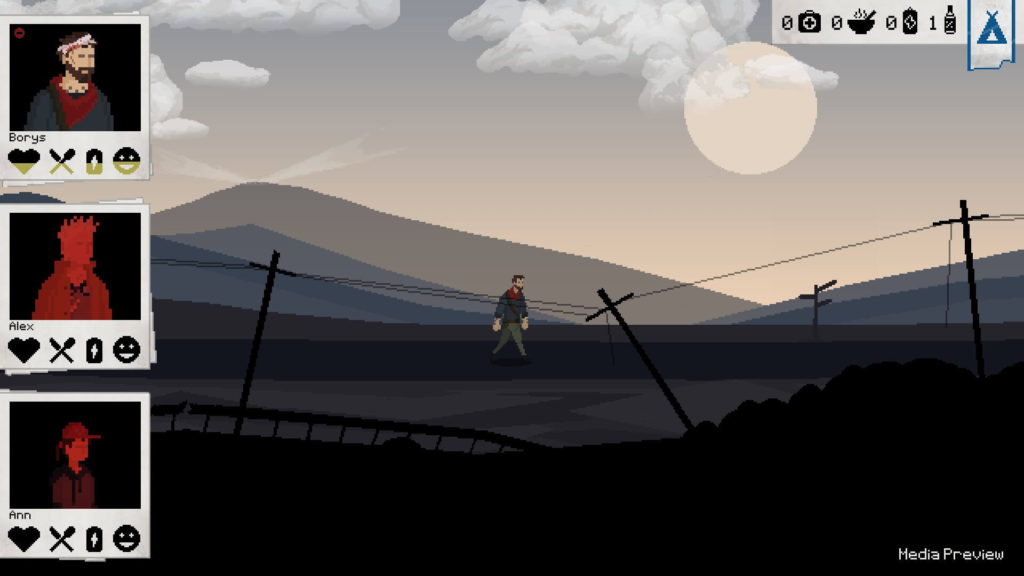 Sometimes the easiest way to survive is alone.

My first foray into Survive the Blackout was an enjoyable one until I ran into frequent problems. It’s a neat idea to create a modern version of The Oregon Trail with a twist. However, it struggles to be enjoyable when a language barrier and game-breaking bugs ruin your experience. Perhaps it will improve with time, but my experience wasn’t a great one sadly.

Survive the Blackout is available on PC via Steam as of February 6, 2020.

Survive the Blackout was provided by the developer via Steam code.