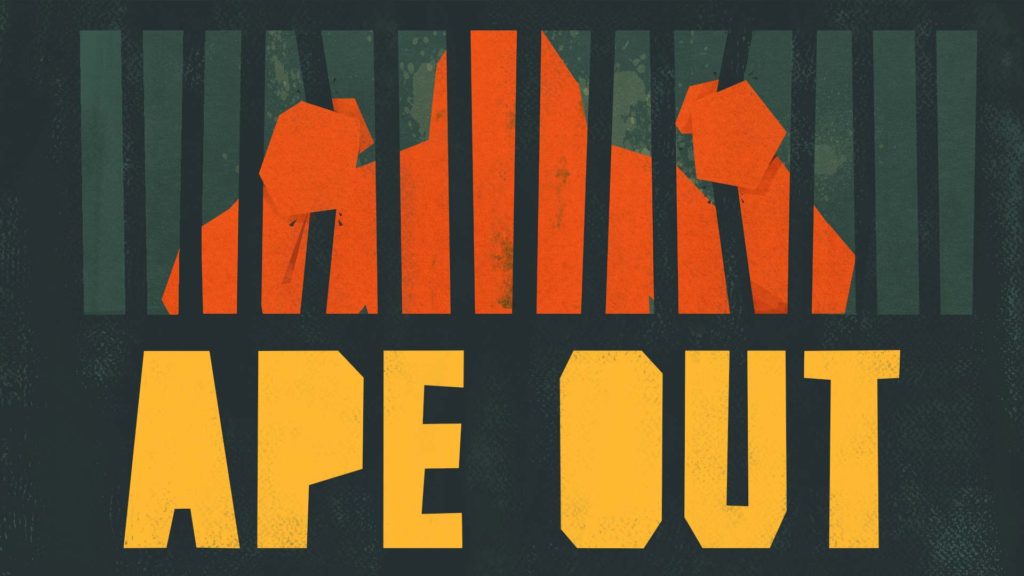 Escape. That’s all you know as an imprisoned ape with a goal to survive. Ape Out throws you into the action without much reason other than fight for your life. One thing is for sure, combining an escaped ape with a swarm of soldiers isn’t bound to end well. Anyone looking for an intense experience with an excellent soundtrack is in the right place.

The simple gameplay of Ape Out is comparable to the mechanics of Hotline Miami. Players can throw enemies, grab them, and grab a few other objects too. The controls aren’t much more complicated than that, however, the game still reinvents itself. This is where the gameplay shines when you get a grasp on how to play well. 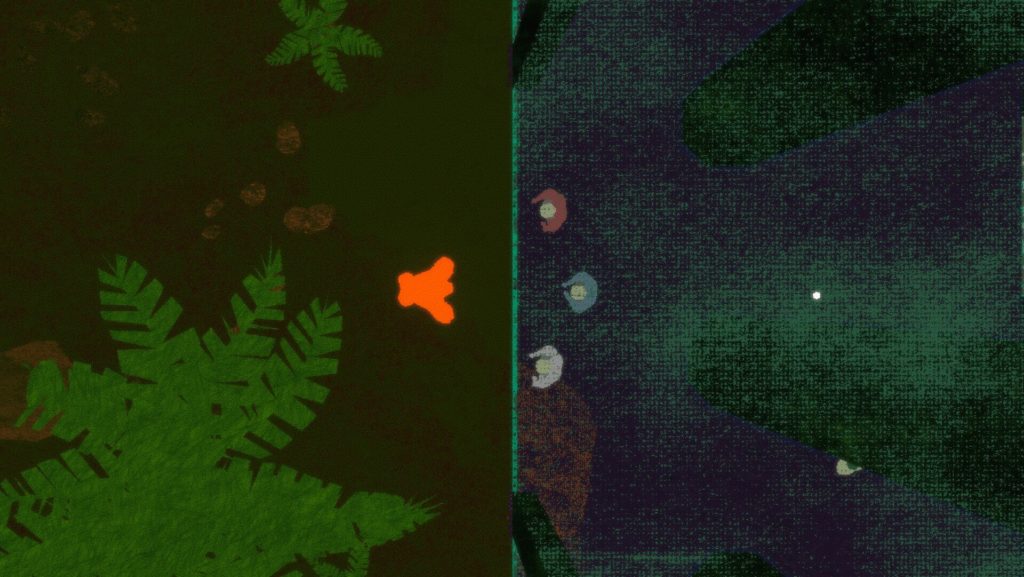 Running through levels from one side to the other becomes a dance around an army of soldiers with guns. Understanding how to deal with each soldier and type of gun they have is where the creativity kicks in. It becomes an adrenaline rush deciding whether to run face-first into a soldier or weave around a wall instead.

There’s a constant chaos of trying to survive without getting shot or burnt alive. On more than one occasion, I’d sprint past a soldier to grab one in front of me and spin around to block a bullet. Ape Out forces you to think and act fast without second-guessing any decisions. 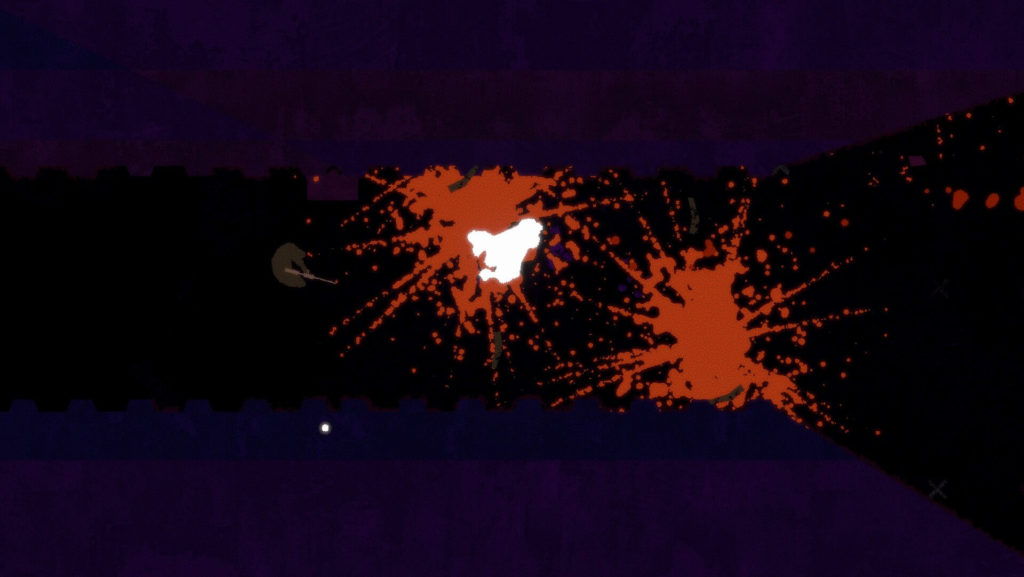 The developer carefully weaves everything together in a pleasing manner. The constant action with unique colors frequently changing works with the soundtrack simultaneously. From the start, it’s clear every enemy’s death creates a beat to this drum infused soundtrack.

Ape Out is comparable to every montage video with a song’s rhythm set to the action. Non-stop action fuels the soundtrack by having every kill create a cymbal or drum sound. It’s satisfying when you grab a soldier, toss them into another, and it composes music.

It’s easy to lose yourself in the challenge of surviving while the soundtrack comes to life. The interactive music is enjoyable because of how well your gameplay flows with it. Composer Matt Boch crafted a memorable experience in the jazz percussion and sound design. 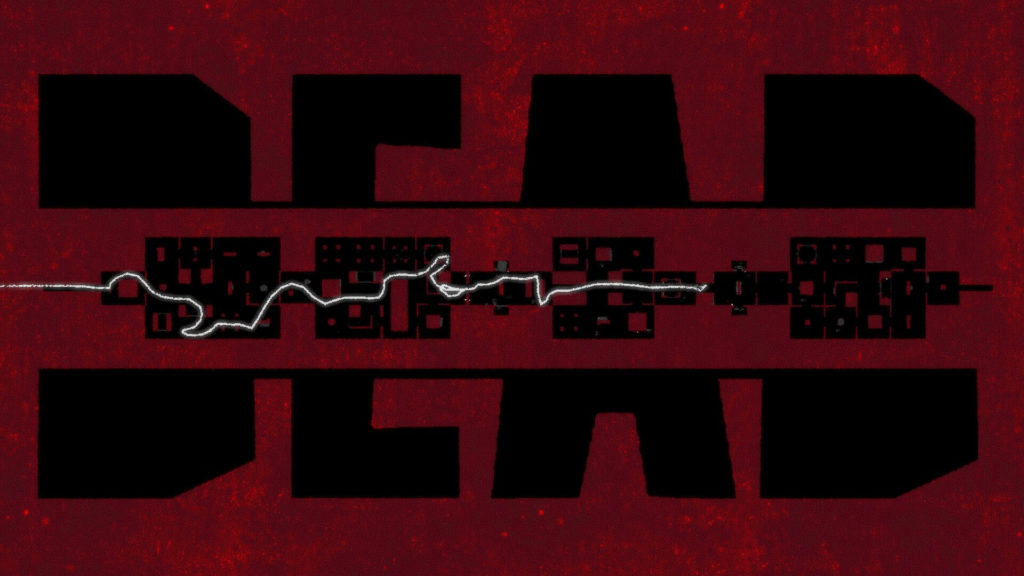 The use of procedurally generated levels in Ape Out is a creative decision that works well. Anyone familiar with Hotline Miami knows the struggle of frequently dying on the same level without success. Ape Out utilizes larger levels without them feeling repetitive by following similar mechanics and different layouts.

The introduction of a new enemy in an area stays the same, while the layout changes. I can die three more times to a flamethrower enemy, but my persistence won’t degrade. The procedurally generated levels are a great way to prevent gameplay from ever feeling stale. They create an environment where you learn and improve despite any frustrations from failing. 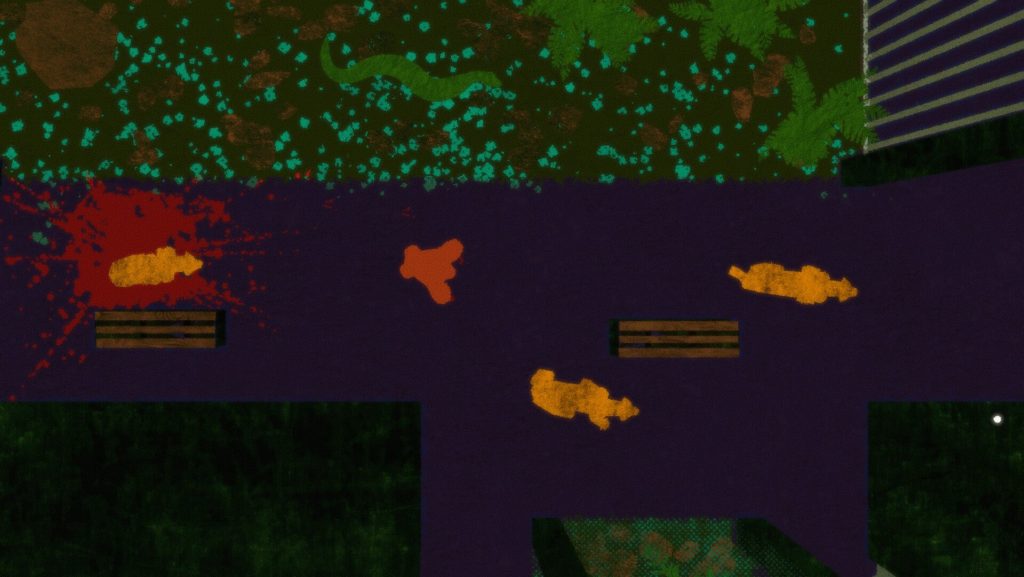 While the campaign runs a little short, an arcade mode and harder difficulty stretch that time longer. The arcade mode is an alternate way to play Ape Out with limited time per level and a scoring system. For more competitive players, the arcade mode is an opportunity to play for high scores on the leaderboard. 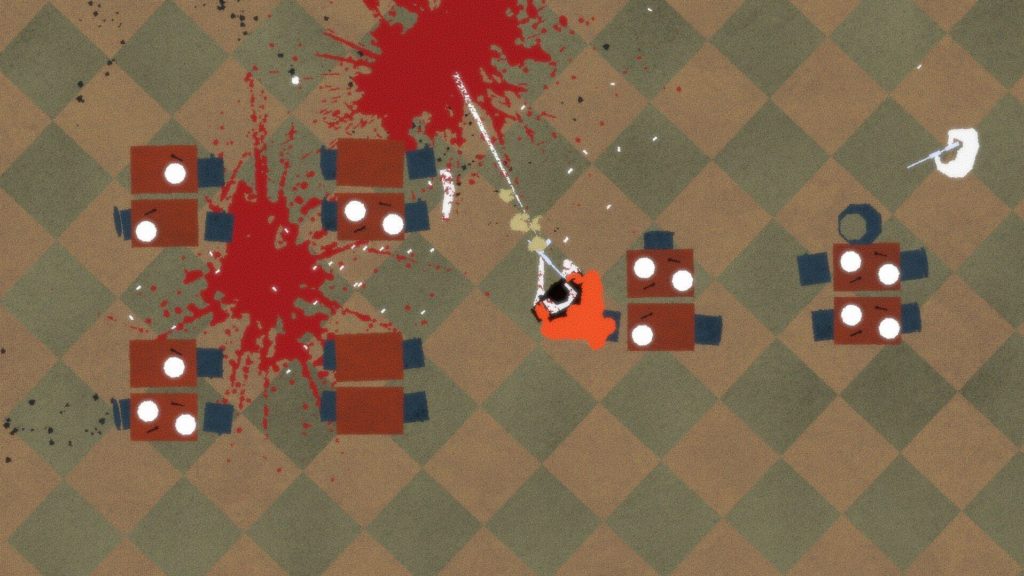 Ape Out is another great game under the Devolver Digital publishing label. It excels as a short action game that pulls you in with a strong grip. The dynamic soundtrack alongside adrenaline-inducing gameplay works well. Overall, Ape Out is an easy recommendation and worth buying.

Ape Out is available on PC and Nintendo Switch via Humble Bundle, and Steam Early Access as of February 28, 2019.