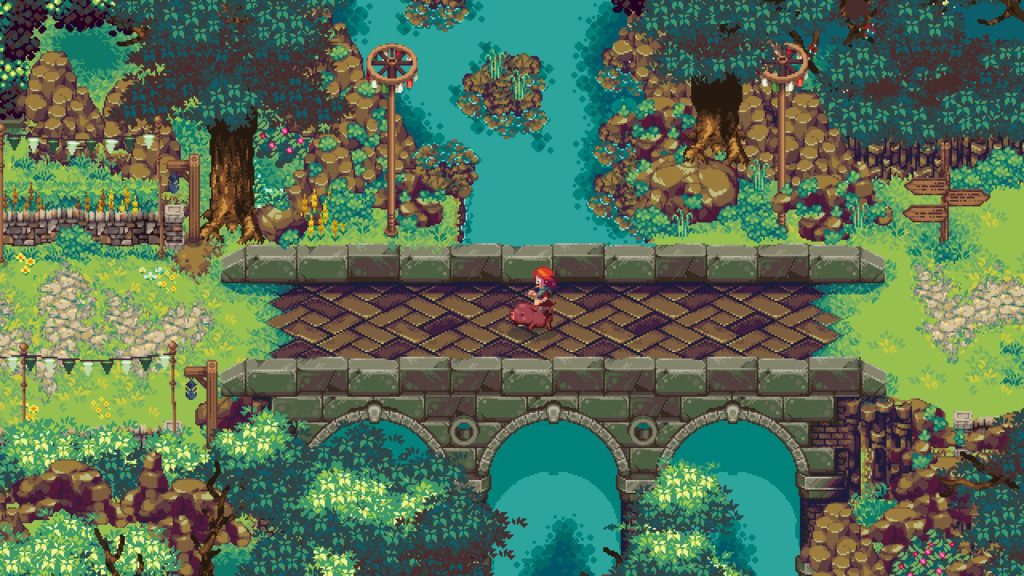 If you’re looking for a mystical world to explore and influence, Kynseed is worth looking at. PixelCount Studios has employees that worked on the Fable franchise if you’re wondering what’s planned for this game. The title music in Kynseed immediately sparks memories of Fable, having been composed by Russell Shaw behind the original Fable soundtrack.

Kynseed takes place in the world of Quill with a lurking faery theme and an emphasis on crafting your own path. As an adopted orphan, you help tend to the Willowdown Farm, learning along the way. One day, creating your own business, relationships, family, and more. It’s up to you where the wind takes you. It was successfully crowdfunded on Kickstarter on June 3, 2017, for £50,840 (USD $65,205).

After waking up in the middle of the woods, your journey begins by performing simple tasks for the farm. Each day you wake up tasked with unique jobs and the usual routine farm responsibilities. This can be feeding the family pig or making the daily offering to a shrine, otherwise, you might get rotten apples!

These duties function as a great way to teach what the world has to offer. It encourages you to explore past your farm and at least accomplish a few of those tasks before nightfall arrives. Whether it’s for a few coins of the in-game currency Brass or to simply explore. More unique tasks can be transporting milk to neighbors or helping someone find a cat for example.

One of the greatest features an open-world sandbox video game has, in my opinion, is exploration. Certain sandbox video games make it so the player creates an interesting world for others to explore. Whereas others, simply have a whole world full of lore, quests, and land to unravel. PixelCount littered their universe with short stories both filled with quirky humor and folk tales. 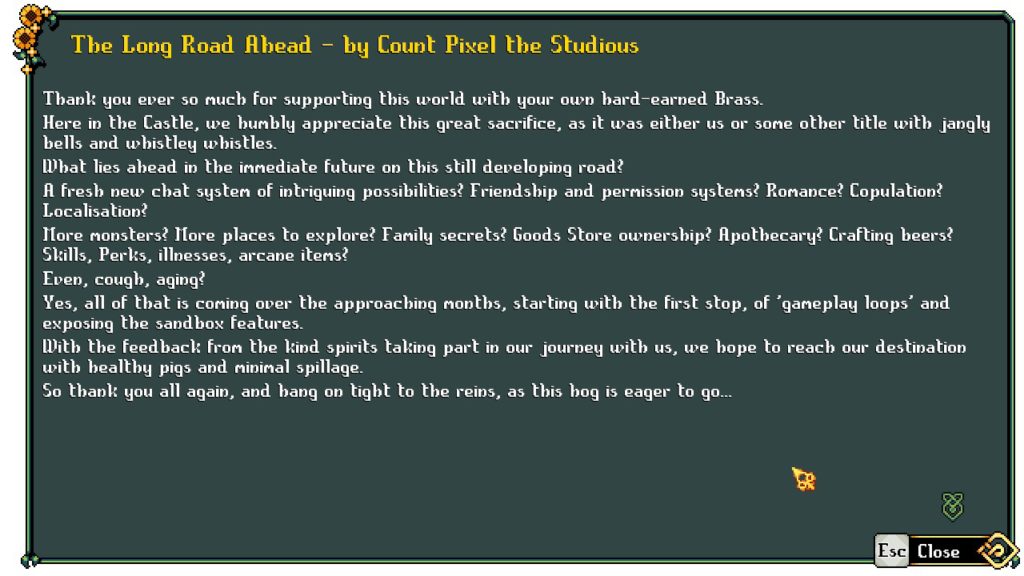 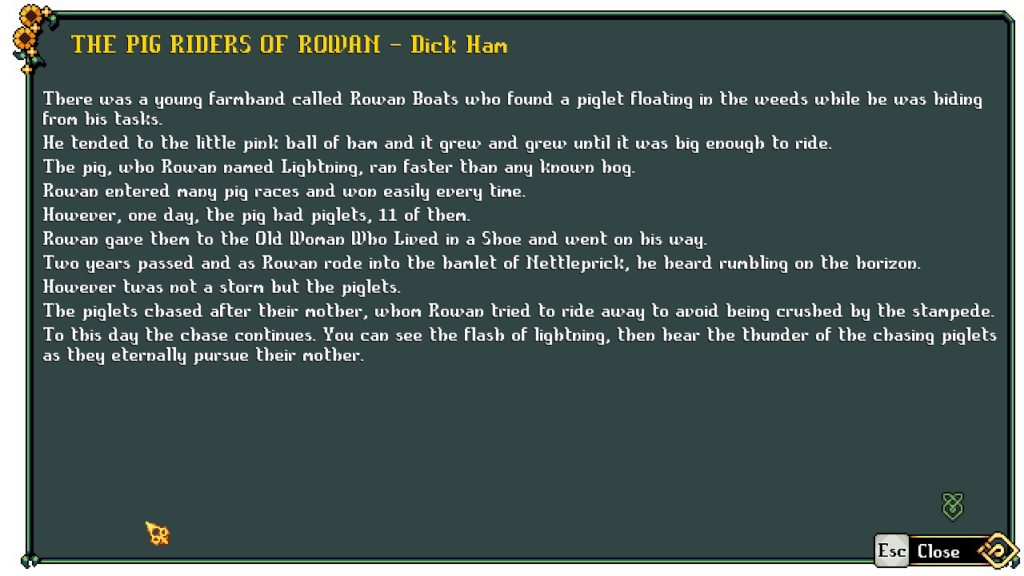 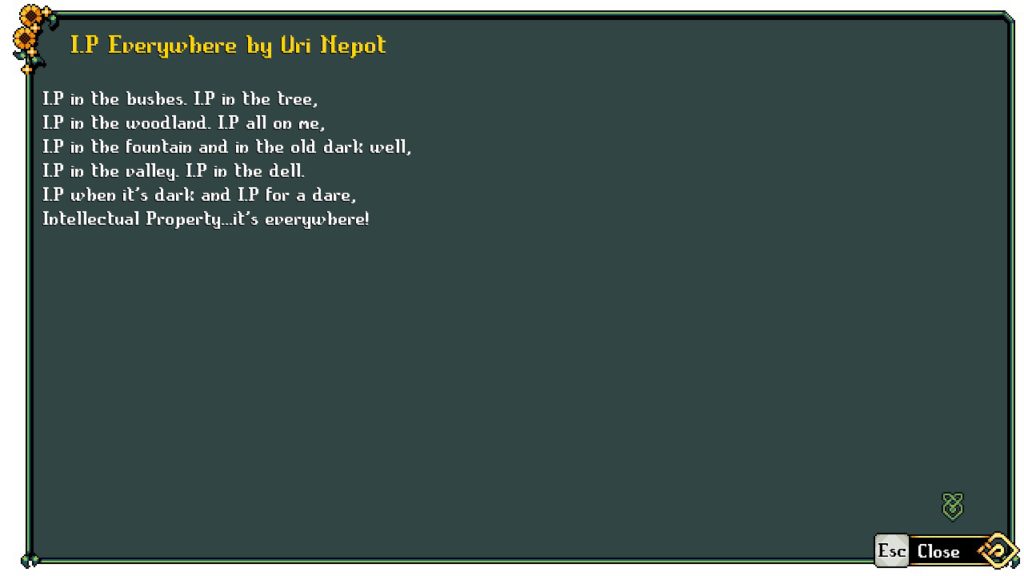 The developer is still adjusting the pace of time in Kynseed so players are able to enjoy everything it currently has. This can make it difficult or sometimes frustrating to go out exploring, only to fall asleep in your tracks. Next thing you know, you’re back in bed at your home, regardless of where you fell asleep. Who knows who dragged you there?

It doesn’t hinder Kynseed too much, it just forces the player to use their time in a specific way. Also, as you become more experienced, it’s easier to complete jobs you may have had no idea how to complete before. You can easily go from completing two of six daily tasks in a full day to knocking them all out, even when a pesky NPC is hiding from you. 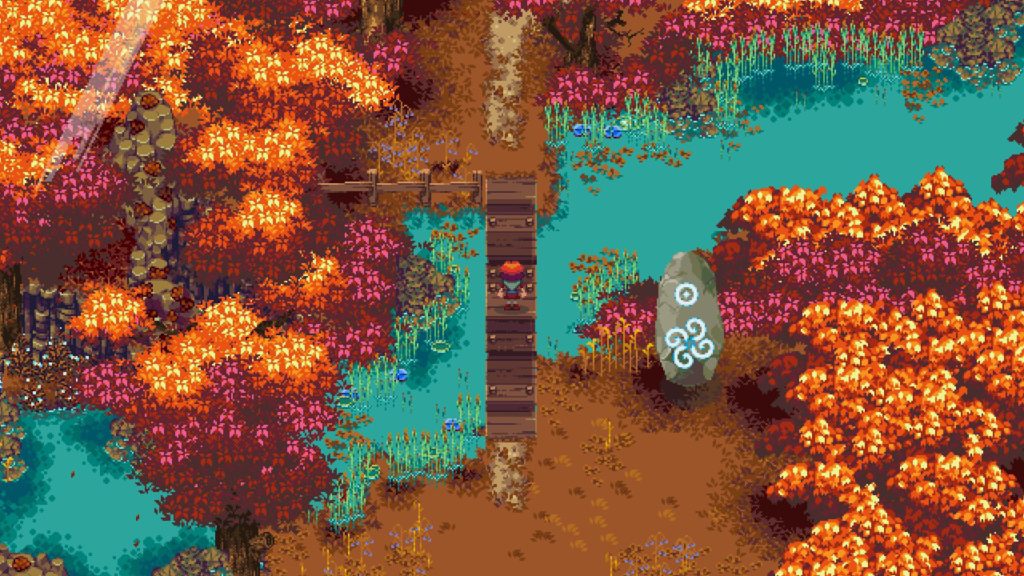 What really hinders me during the day more often than not, is my own fault. This ranges from every single pond I come across, to every fluttering fly I see in front of me. It feels like I’m playing a Pokemon game with the urge to catch everything. I want that fish, I want that butterfly, what’s that, what’s this? This is how I distract myself from the important tasks I should be focusing on.

This is where the quirky humor of Kynseed sneaks in randomly. After pouring honey onto the ground, a swarm of bees came over to grab it up. I took this opportunity to catch each bee with my glass jar, and before I knew it, I stumbled across two silly ones. “Spelling Bee” and “I CAN’T BELIEVE IT’S NOT BUTTERFLY” show the writers at PixelCount must have fun naming their insects.

Kynseed has the foundation for a great sandbox game filled with silly humor.

Kynseed succeeds in distracting the player with menial activities we all love to engage in. What’s so satisfying about catching every fish in the game? Not a clue, but I’m not going to stop until I do! What about wandering around with my dog in search of buried treasure? Sandbox games like these always make one wonder why we spend so much time grinding at practically nothing.

Some sandbox games it’s the joy of seeing what you can create. Others, those hours you spend grinding are honestly relaxing. I’ve played sandbox MMORPGs where people get home from their full-time career, sit down at their computer, and grind for the next few hours. Anyone who has played a sandbox game knows that grind is what prevents us from going insane sometimes. Whereas others might look at it as getting right back to work! 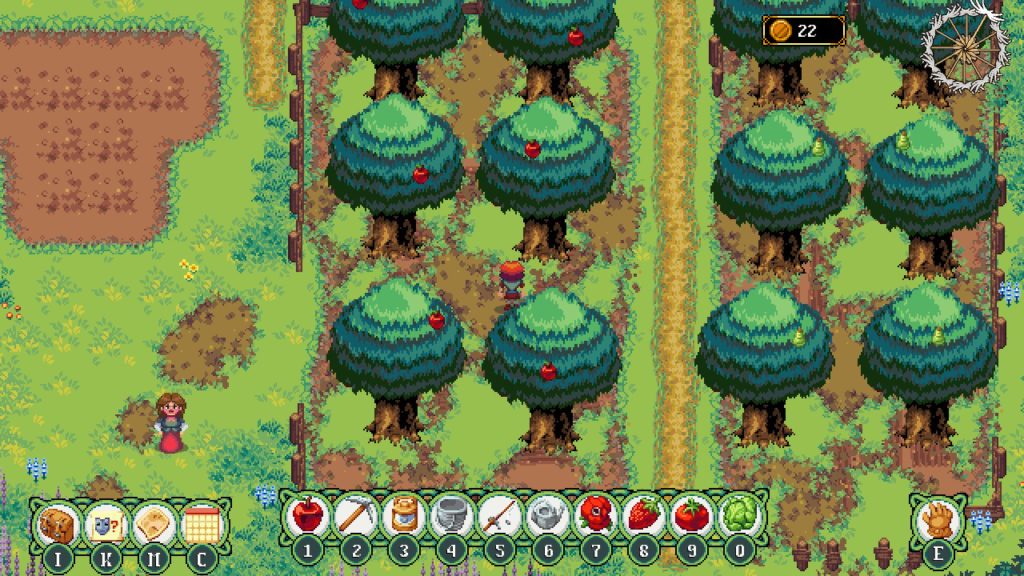 Right now Kynseed is rather barebones without too much content to offer in Steam Early Access. Unlike sandbox titles you can play for hundreds of hours, it’s a solid five-hour demo of what’s to come. PixelCount has developer notes spread throughout the game often via signposts. These notes usually explain features planned for Kynseed and discuss content nearby on the way.

For example, there’s a wooden bucket near the pig pen that players can pick up, eventually for picking up poop. Yep, picking up poop. One can assume this might play into fertilizer or bad gifts for angry neighbors! Another example is the planned generations system that Kynseed itself is based around.

The idea behind the name of the game is a Kynseed is a “mystical acorn”. The current Steam Early Access version lets players plant the acorn; preparing for what could be a large and magical family tree. The goal further down the road in content is players will pass this Kynseed down to children or an heir, that can continue the family legacy.

This is where it gets interesting as time keeps moving and with it, players will age, animals will age, and eventually someone else will take over the farm. Each life you live is up to you on what career you take on. Will you operate a prosperous blacksmithing business or a tavern people love to drink at?

Creating a successful business in Quill is something I look forward to being fleshed out more by the developer. I always enjoy that form of progression, starting with something small and upgrading it over time into something worth boasting about. The current minigame in place for blacksmithing is nothing complex, but a neat way to do more than only pressing a button. From cooling a sickle to grinding the blade, each part of blacksmithing affects the durability of your tool or weapon.

I look forward to the day Kynseed’s full potential is reached. Right now it’s difficult to leave an impact on the world and after those five hours or so, it feels like you lose all sense of progression. The tasks I woke up every day to complete are gone and I can only do so much until further content arrives!