Toxic Garden is the second dungeon players unlock in MapleStory 2. If you want to be prepared for the dungeon, take a look at the walkthrough video above with tips on each fight.

The map layout is shown on the right, courtesy of Gamepedia. 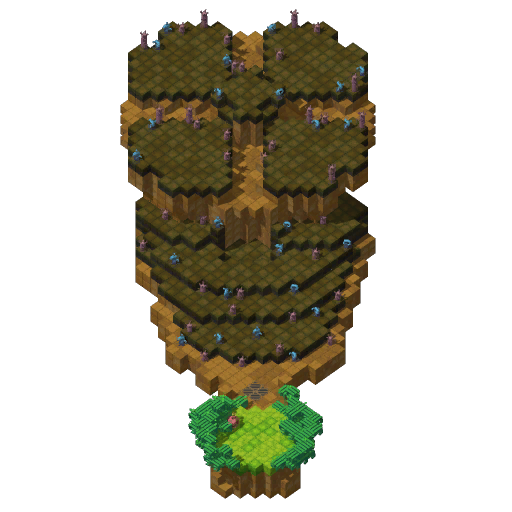 The early dungeons in MapleStory 2 tend to have a small amount of interaction, often leading to simply killing groups of monsters. This continues to be the case for Toxic Garden, making it a simple and quick dungeon early on. From the beginning of the dungeon, you’re tasked with, “Restoring the garden to its former beauty.”

In order to restore the garden, you’ll have to defeat every weed / plant mob in the dungeon. Starting out, players will see four flamethrower devices they can interact with. Upon picking it up, it’s used with a basic attack and does a decent amount of damage to weeds in the beginning. It’s by no means necessary, but it doesn’t hurt either. The first couple weeds drop one on death as well.

After defeating the first three weed mobs, a ladder will appear on both sides of the level taking players to the rest of the mobs. This leads to four small areas with a group of weeds and Toxic Mushmings that need to be defeated for the boss to appear. When each area is cleared, a message will appear saying, “The garden is starting to return to normal.” The floor will also switch from a dark brown to a slightly brighter green.

After each of the four areas are restored and the mobs are cleared, the boss appears in the center at a slightly raised area. This boss is the Norcacias and there isn’t too much to discuss on fighting them. Some brief details to know about the quick fight:

Once Norcacias is defeated, the garden returns to normal becoming a much brighter green and fills with nature. Unlike some dungeons for anyone wondering, this one can’t be speedrun by skipping monsters to my knowledge. Unless anyone has figured out a way to skip portions of it. Stats for Norcacias are shown below, courtesy of Gamepedia. 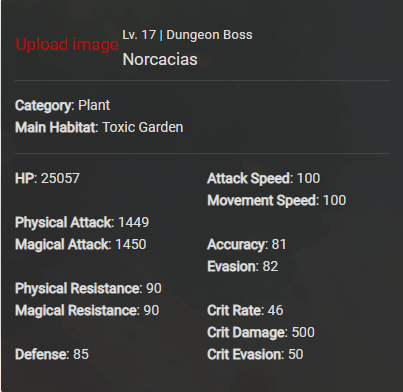 If you have any tips or tricks on fighting Norcacias or getting through Toxic Garden, feel free to share below!