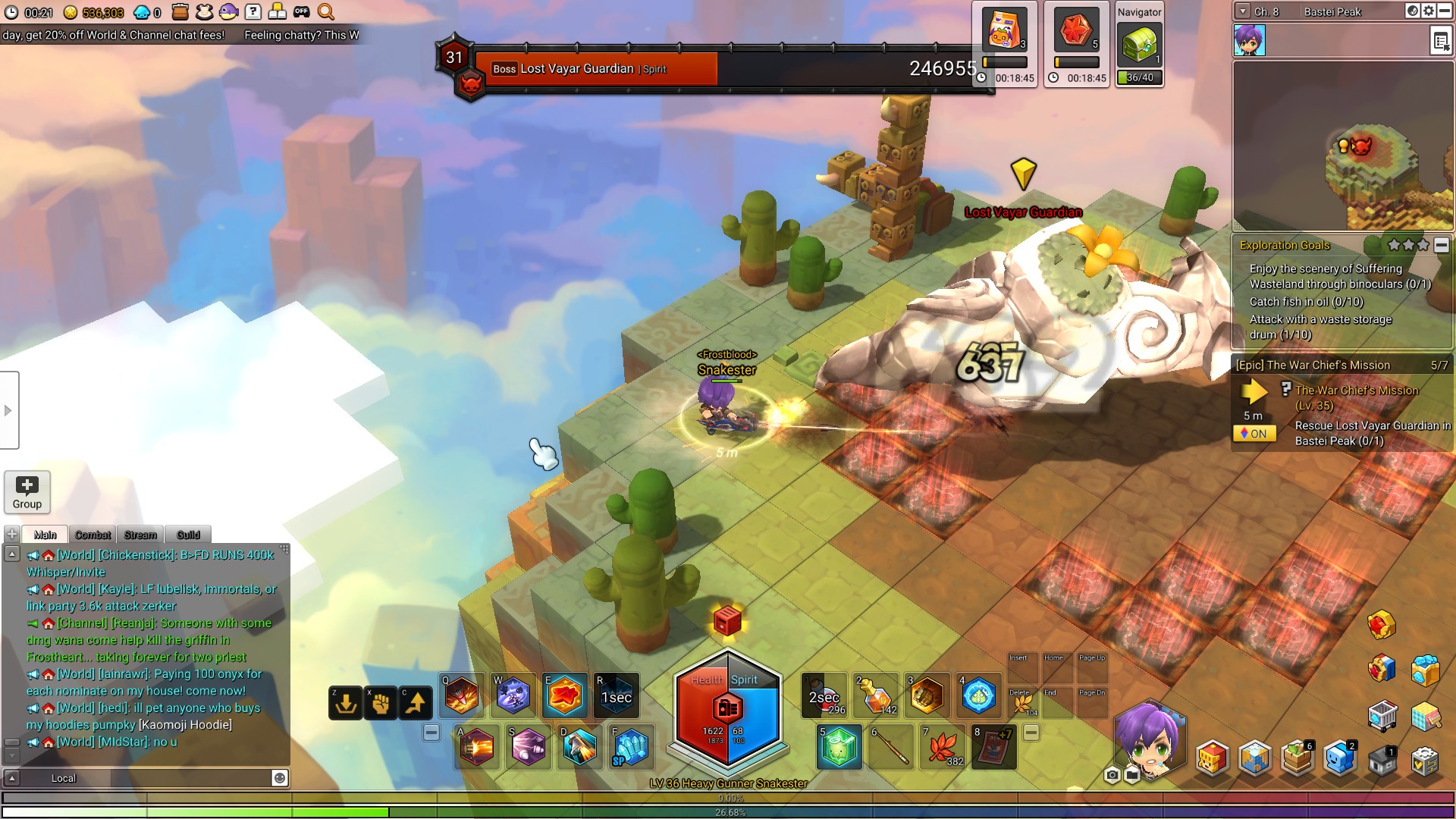 Nexon released their second State of the Game producer blog for MapleStory 2, detailing both the past week and looking forward.

In this Producer Blog, Jungsoo Lee, General Manager and Head of Nexon America, wrote about the issues facing currently concerning the community. Some of the major ones include some controversy around the Fairfight scaling system, dungeon limit, botting, and the 10053 disconnection error.

For those unaware of what Fairfight is, it’s a level scaling system in place for dungeons. Many games either scale players up or down to balance the content. This either leads to enhancing weak players or nerfing strong ones. In this case, Fairfight scales players down in strength so they’re not speeding through easier dungeons. Being a controversial topic, this can prevent players from feeling their gear score has any impact on the game.

Balancing Fairfight Without Getting Rid of It

After reaching end-game content, not being able to speed through the early easy dungeons can feel silly. However, it also makes it so if a level 20 player plays with a level 50 player, the level 20 player still has an enjoyable experience. Anyone who has run dungeons in an MMORPG is familiar with people speedrunning them at times. There’s nothing wrong with knowing the perfect way to run it to get the end rewards, but not everyone wants that content.

Nexon is trying to find the sweet spot for Fairfight both from a developer standpoint and for the community, as voiced in the blog post. Planned changes are mentioned specifically below:

“When you are playing level 50 dungeons with level 50+ characters, we are lowering the impact of scaling to your damage in general. It’s highly likely you will be seeing 5-10% higher damage after we make this adjustment.

We are making this change to ensure, as players progress on their level and gear score, they can continue to give higher damage to the monster. This will only apply to the level 50 dungeons, and the change will be applied in early November.”

There’s also mention of touching up the scaling on passive buffs and skills. Currently the plan is for sometime in November, with their next update planned for November 8.

Lee mentions near the bottom of the blog post that Nexon has blocked over 15,000 accounts in a week. This includes bots and ad spammers, like the many Meso sellers flooding world chat.

What problems are you facing in MapleStory 2 that you think deserve some noticing?