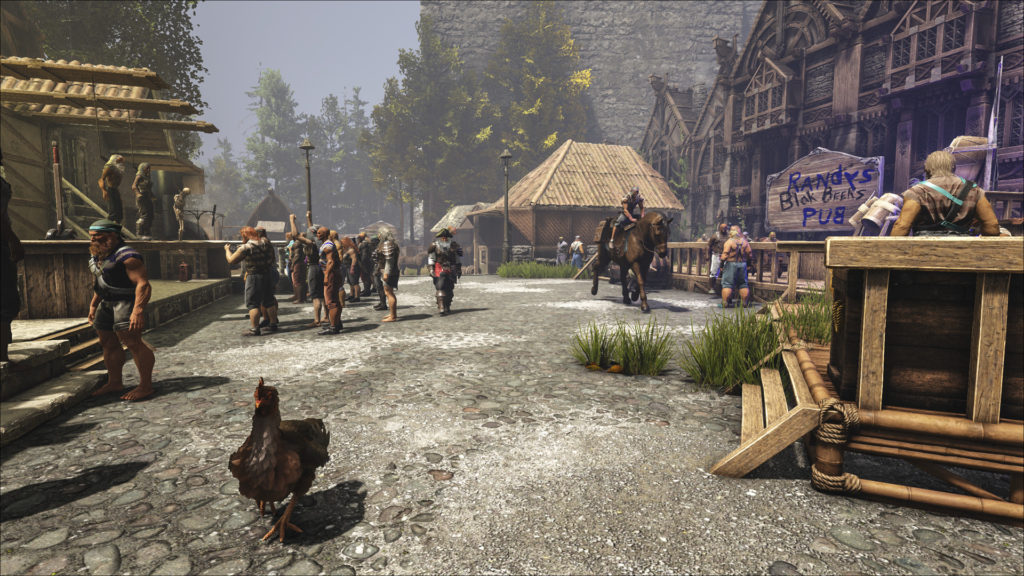 Update: Two hours after the early ATLAS launch for streamers was delayed, the lead community manager at Grapeshot Games, posted a message in response.

The message was linked on his Twitter @Jatheish as shown in the tweet below, also available here. In summary, @Jatheish apologizes for the lack of communication surrounding ATLAS and states, “I fully expect ATLAS to hit Steam by NOON PST on the 22nd.”

I just wanted to provide my own statement and transparency to what’s happening behind the scenes.https://t.co/lUQlZhp3zn#playATLAS

Lead community manager, @Jatheish, further explains that he believes the build will be ready in three to four hours for streamers to still get a quick test session in.

“As a studio, we’ve been making some cloudy decisions when it comes to how we want to communicate and planning out our ETAs,” @jatheish continues on about their communication. “This stems from the usual chaos that happens around the launch of a new IP, trust me, everyone experiences it in different ways.”

Web and video production lead at Grapeshot Games and Studio Wildcard, @CudaCores, also chimed in with his thoughts over Twitter.

We hear ya guys. It’s been tough for us also. Making sure you guys get a great experience is the reason I’ve spent the last 3 months of my sons 1yr life getting the the ATLAS projects done. Take a moment to step back and realize… yes… it is great. I’ll see you soon!

The early streamer launch for survival pirate MMO ATLAS has now been delayed. This makes it the third delay announcement Grapeshot Games has made for ATLAS.

The tweet below was made at 12:42 a.m. EST, 42 minutes after the scheduled early release for streamers.

We’re still working on a build. We will let you know when we have something more concrete, we think it will take at least 5 hours. Check back in the morning for another update.

🏴‍☠️#playATLAS is launching on Friday the 21st of December 2018. When we have a precise time window, we’ll let you know. Sorry for the wait guys, we know you’re excited to get in, and we’re just as happy to have you play asap, we appreciate your patience throughout. Thank you! 💜 pic.twitter.com/wuMqOsmksd

After the above tweet, they further clarified stating the early planned release for early streaming of ATLAS. Noting on Twitter that early streaming will begin at 9:00 pm PST.

Pathfinders, we expect early streaming of ATLAS to start this evening at approx 9:00 PM PST. Following that, the game will be ready for full Early Access Launch tomorrow by noon PST. We’ll keep you updated should there be any changes. Thank you for your patience and support ❤️ 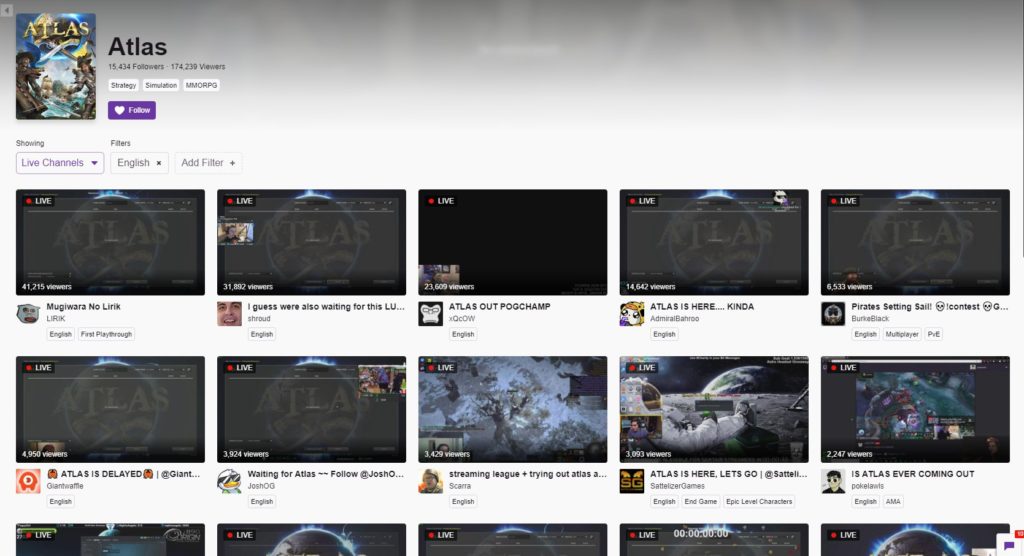 While streamers on Twitch were eagerly waiting for the servers to launch, the viewer count reached as high as 183,000 in its directory.

ATLAS is available on PC via Humble Bundle.