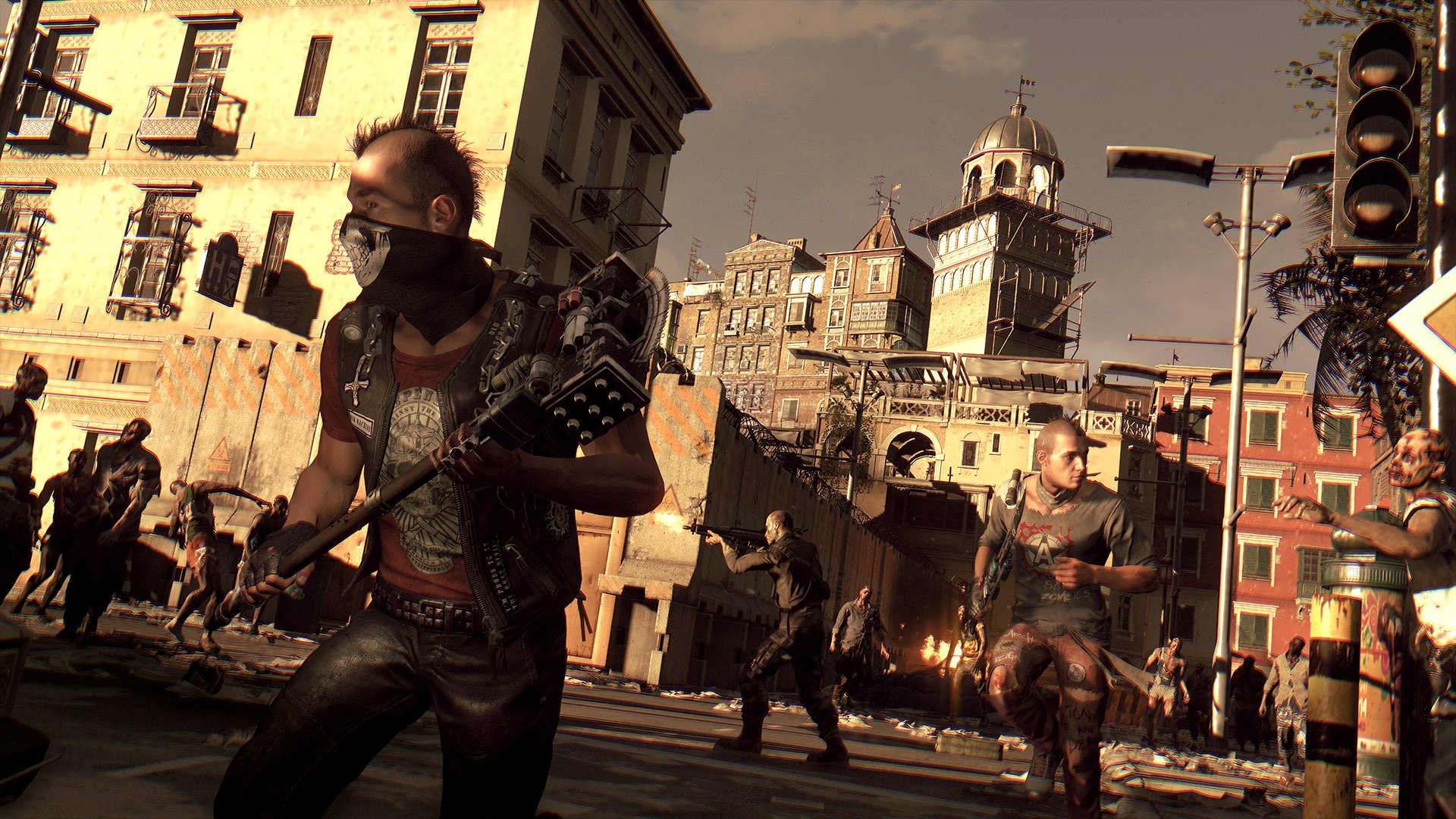 I’m back on Dying Light taking some time away from MapleStory 2 after hitting my dungeon cap. I remember back in 2015 when Dying Light originally released, I beat it for an old website I used to run, Trust in Play.

This was my first go at it and recently a friend of mine picked it up, likely with a Halloween sale. Remembering enjoying both the zombies and parkour element to Dying Light, I immediately reinstalled it on my computer.

The first time I played through Dying Light was on PlayStation 4, so this was a change of pace replaying it on PC. It turned out I got it to review on PS4 and then later on, on PC to play with friends. Go figure, I ended up going back to it to play with a friend anyway.

Almost four years after it released, it still holds up as a fun game. This time around I was less focused on the story and more on just grinding through slaughtering zombies. Whether it was running around the slums diving into windows to escape zombies or climbing the rooftops of Old Town.

When I first started playing Dying Light again, even though this was over three years later, it felt a little stale. I couldn’t remember if it was this or the Dead Island franchise where I was able to do certain things. For example, throwing melee weapons at enemies or sliding under beams. It turned out I had completely forgotten about the RPG system in place. 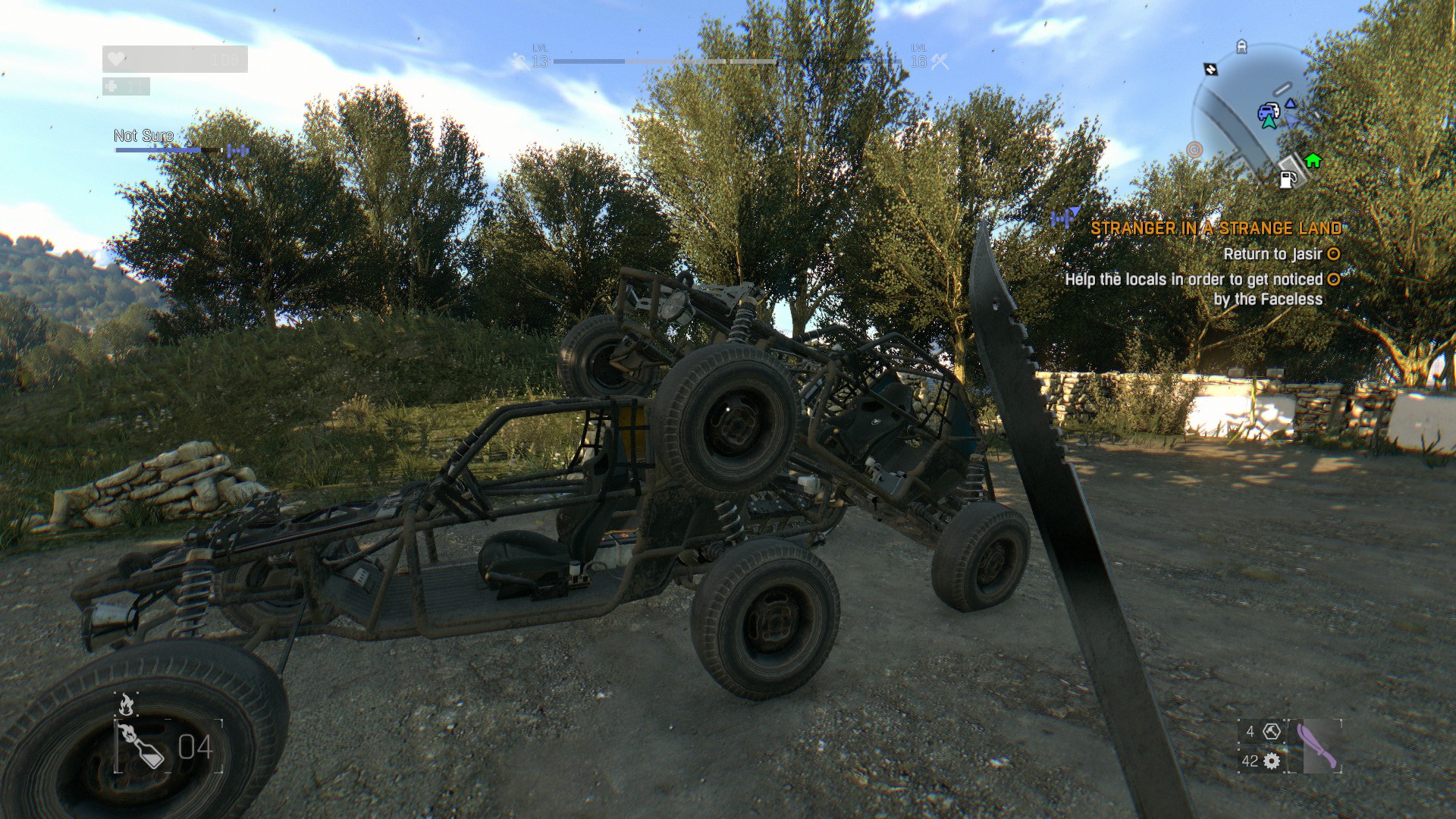 Feeling some sort of progression is always important in a video game and in Dying Light, Techland went the RPG route. With several different skill trees, players can level up and attain new abilities. This is where throwing knives into zombies or even simply a wooden bat came into play. Being able to jump on top of zombies or camouflage myself. It felt like something right out of The Walking Dead.

Not that I did it often, but it certainly is satisfying when you cover yourself in zombie guts, and then stealth takedown multiple zombies. As you get further into Dying Light, the skills you unlock really make the game more fun. By the end of Dying Light, you feel stronger both in your health and cool abilities like a new grappling hook.

Nothing beats grappling around from wall to wall, roof to roof, while slaying zombies. Especially when The Following DLC kicks in and you get yourself a crossbow to silently take out zombies. Not that, that lasts long in The Following.

This was my first time around playing The Following DLC, so that content ended up being new to me. Being able to drive around this zombie wasteland is pretty neat in the beginning, but after a while it becomes a hassle. Because you have a car, the game immediately becomes drive from point a to point b and back. Repeatedly driving across the map to drive right back, after doing something menial in some cases.

This doesn’t completely fault The Following as it still brings some much wanted content to the Dying Light world. Fortunately, we know Dying Light 2 is already on the way from Techland after the gameplay video featured at E3 2018 below:

I already look forward to diving back into the Dying Light 2 world with friends when it launches. We know it’s currently scheduled to release some time in 2019, my guess is probably a 2019 holiday season launch. Which would put it around November before the major holidays, but having a zombie focus, I could see an October 2019 launch. So long as the developer doesn’t need more time.

This also gives them the benefit of launching before all the competition in the November / December holiday season.

I’ve always been a fan of zombie games, even if it can be a saturated market or genre for video games. Fortunately, we still get a lot of high-quality games, despite tons of low-quality ones too. Recently Overkill’s The Walking Dead released and who knows what’s going to happen with that one. Not that I’ve looked into reviews or reception much on it, but any little bit I’ve heard so far has been negative. 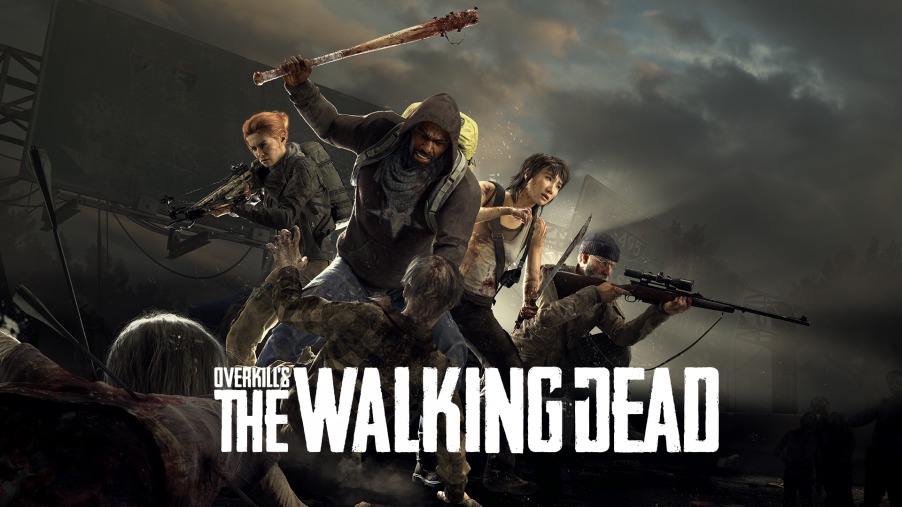 I’ve played the Payday games from Overkill and they’re definitely solid shooters, but they have had controversies around their DLC. This makes me wonder if Overkill’s The Walking Dead ended up just being a reskin made similar to Left 4 Dead. I can’t say that as I haven’t looked into it enough, but if anyone has played or heard more about it, let me know.

I reached out for a key to see about making some content on it, but haven’t heard back yet. Anyway, back to Dying Light!

There really is something to slicing and dicing zombies, especially with the unique parkour angle that makes Dying Light unique. Nothing feels more satisfying than outrunning some terrifying night zombies as you dash between buildings.

The real danger however becomes explosive barrels and propane tanks when you’re playing with friends. It almost became a game to randomly try and catch each other off guard with a leaking propane tank ready to blow. I recall setting up a barrel at a doorway right where my friend was ready to walk through. This is where the guns truly come in handy! 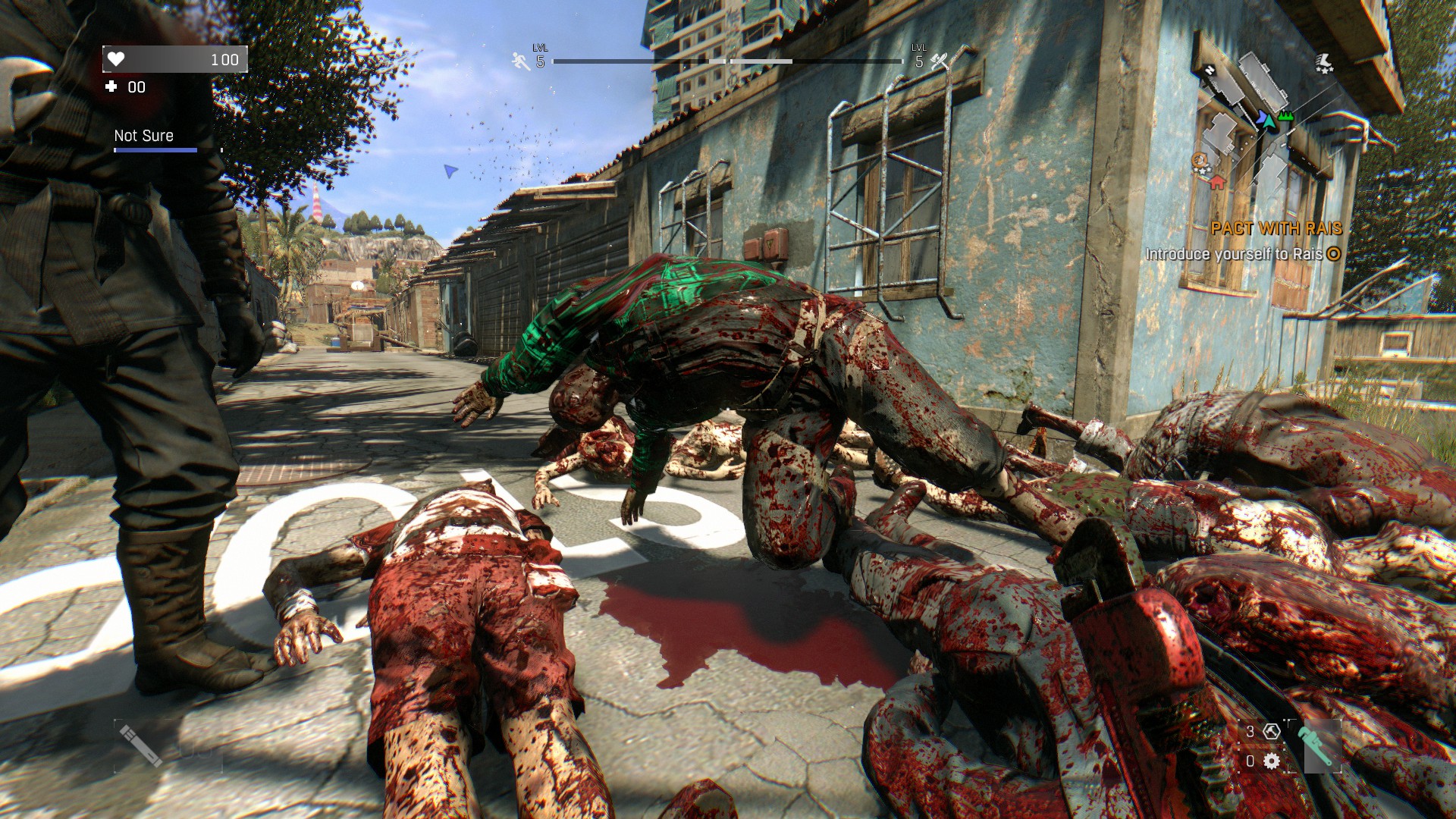 One of the first hives you’re instructed to destroy has a crevice they very rarely understand how to get across. In most cases, they jump to their death, often doing silly dives into a giant fall. Although, when this doesn’t happen, you better have flares ready and your shotgun at hand.

More than the first half of Dying Light, you’re focused on using melee weapons. Switching around between wooden bats, knives, sledgehammers, etc. Once The Following kicks in, it feels like guns are the exclusive way to go when ammo is so easy to purchase.

My first go at a Volatile Hive with my friend led to us leaving since we went in with melee weapons first. Later on, we learned guns blazing is the real way to get through them. Shooting everything that moves, blowing off Volatile heads, throwing mass amounts of flares, etc. This is where you really see Dying Light from a guns blazing perspective.

I look forward to seeing how Techland makes Dying Light 2 just as great as the first, if not better!