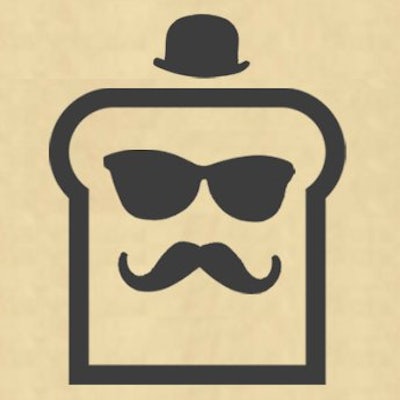 If you play video games, at one time or another, you may have had the thought, “Can I make money as a live streamer?” Many gamers see streamers on Twitch like Ninja and think why can’t they do that. Maybe you’re more entertaining, maybe you are better at Fornite than him or others, etc. Twitch streamer Disguised Toast threw together a video to talk about the amount of money top streamers can make.

How To Make Money on Twitch?

In his video, he discusses the different ways Twitch streamers tend to make money. These include donations from viewers, subscriptions, advertisements, and sponsorships. Disguised Toast explores each revenue stream talking in detail about how much money he makes as one of the top 10 streamers on Twitch in viewership. This provides a detailed insight into how much money a top streamer is making and can potentially make.

This also provides a window into how much a smaller streamer can make, without it being a direct comparison. However, Disguised Toast mentions these figures are comparable to Twitch streamers at his level and ones lower near 500 viewership for example.

People in all industries and careers often don’t share the money they make for a multitude of reasons. It can be rude to share how much you make, it can be a form of bragging, or go the opposite direction when you learn someone makes more than you. Someone might not want to say what they make so someone else can’t take advantage of that. There are all sorts of reasons, but at the end of the day, we’re all taught not to say anything about it.

It’s common for people to not know what their self-worth is because of this reason. In the past, I’ve read about how personalities and writers in the video game industry don’t know what to ask for when they get invited to conventions. If you really look into it, you’ll hear about how two different personalities of the same size, get completely different treatment. This could be the difference of a thousand dollars and a hotel room to just a hotel room. When you get into discussing money, immediately people think about greed.

Are Stream Sponsorships Worth it?

Disguised Toast even mentions it in his video when talking about sponsored deals. There are some games he won’t stream for a sponsorship unless it’s ridiculous money. Precisely because he doesn’t want to stream a game that he finds boring or in his words, “Dog-sh*t”. This isn’t because of greed, it’s because he knows his value. When you’re streaming to 10,000 people every day, there are two ways to look at it:

As far as I know, the majority of us got into video games because we enjoy them. It’s an escape, it’s a fun time to share with others, whatever it may be, most of us find pleasure in playing them. Not to mention, is it going to look good when Disguised Toast is bored playing a game he’s sponsored to play? It’s either that or putting on a face that others who know him might see right through.

People who don’t know their value will get taken advantage of. When information like what Disguised Toast provided is heard, it shows other content creators that their work is worth money. At some point or another, you may have heard people are offered exposure instead of money for their work.

“We’ll give you the chance to be heard.”

That’s worth way more than money can buy, right? Just think of the money you’ll get afterward from all the new people that know about you. Not quite the case. Exposure instead of money is a popular payment in plenty of industries. Writers, artists, designers, streamers, YouTubers, etc. In some cases, sure, it’s not a terrible thing. However, if someone emailed Disguised Toast and said, “Stream our game and we’ll put you on our social media.” You know for a fact, he’s going to decline that immediately. Because he knows his self-worth.

By creating this video, Disguised Toast has given more information to people on how much money can be made and how much they should be valued at. Content creators of all sizes don’t understand their worth because they have no reason to know better. They’re not in public relations, marketing, or dealing with deals all day. This industry is still growing and figuring itself out, not everyone knows how to negotiate with a company for their brand or ad space.

There are always reasons to hide your revenue and in some cases, legalities as well. There’s nothing wrong with not publicly telling the world how much you make. But, for those that share a little information, it can go a long way. Not everyone has a network or group of friends that can share this type of information privately with them. Not everyone has that luxury.