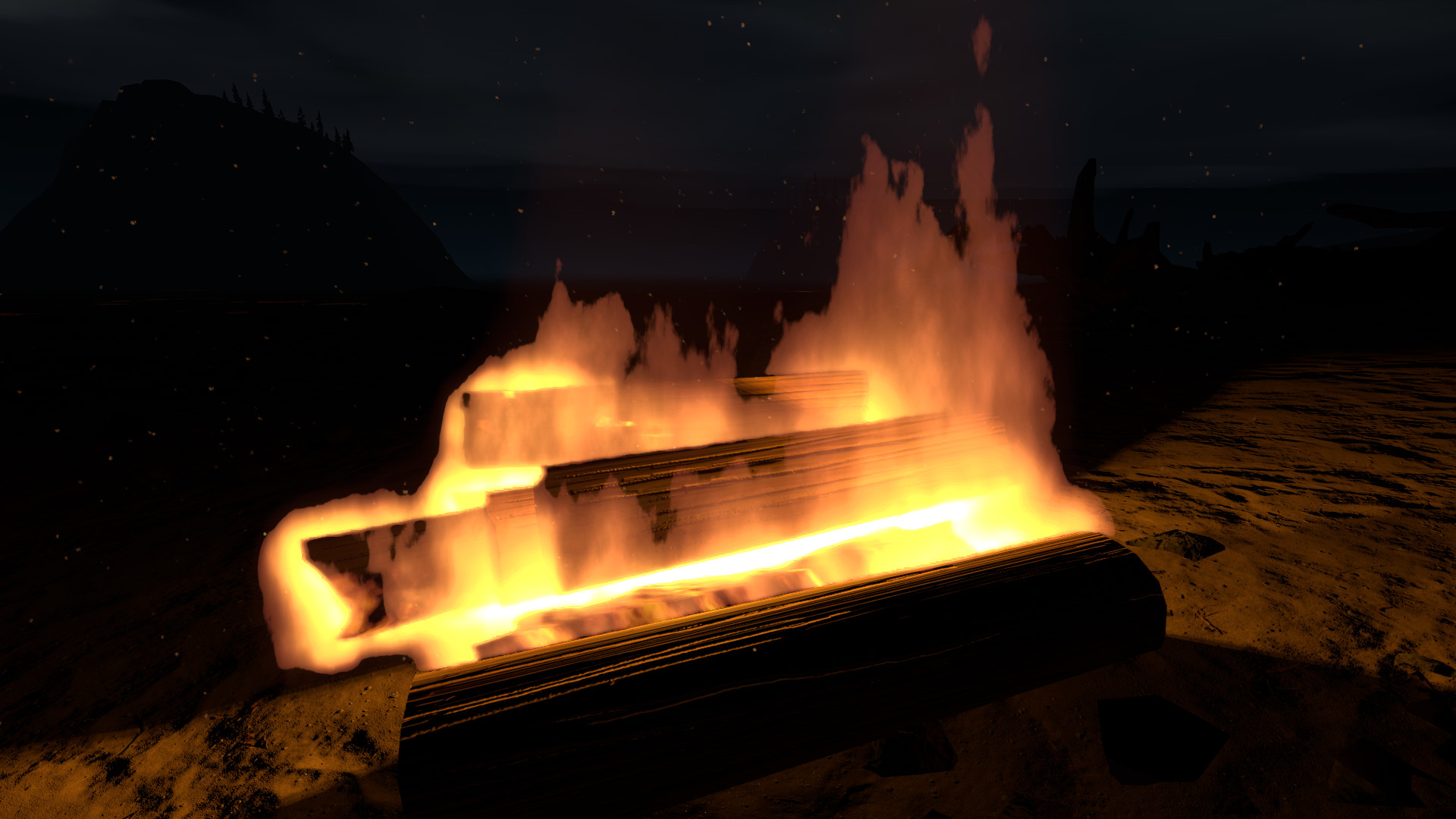 October is here and in comes the cold weather, why not sit by a fireplace and warm up? What’s that, you don’t have a fireplace? In comes Fire Place, a game on Steam to set you up.

That’s right, on Steam you can spend $4.99 for your own fake Fire Place and create a fire yourself. There’s not a whole lot to it, which makes one wonder why they shouldn’t look up a video instead. However, the difference is you put the logs on the fire, start it with matches, and keep it lit as the night goes on.

The gimmick developer Badru is aiming for is that friends enjoy a simple Fire Place without too much effort. Creating a fire doesn’t take much since there are few options to interact with the fireplace or campfire. Once the fire is started, options become poke away logs with a poker stick, grab a log with prongs, and throw more wood on.

Instead of leaving it at that, the settings are in detail, allowing you to customize the fire itself. You can change the color of the flames, how quick or slow the fire burns out, how big the flame is, how loud the fire is, etc. This helps for someone attempting to create a specific mood if you decide to throw this on the TV in the background.

Depending on the mood, Fire Place has seven different areas to get your fire going. Each location has a unique setup as previously mentioned. For example, one is a fireplace indoors and another is along the beach. What makes each place different comes down to how you set up the fire and the ambient sounds nearby. The crickets of a forest or the wind washing along the coastline of a beach. A couple of areas have music playing along in the background too.

It’s odd talking about a game like Fire Place on a video game website, as it only does so much, that makes it a video game. However, simulators often fall into that gray area depending on what they are. Nevertheless, this isn’t a game you’d pick up and play for hours on end loving the content it has. This is something for an extremely specific niche of people.

Is a Real Fire Better?

What’s nice is it’s easy to get a fire going, however, keeping a real fire going is always going to be better. Using the tools you’re given, they’re finicky and don’t serve many purposes. When you’re poking at a fire with a poker stick, it’s to move around coals, break up logs, create areas for oxygen to get through, etc. In this game, it’s to knock away anything you don’t want. That’s about it. The prongs work, but not all too well. Assuming you’re able to grab what you’re trying to, you can try to move it to a better spot.

There isn’t too much to the controls not that there needs to be. But, the options almost let you add more control until you realize adding keys to use doesn’t even work. This is a bit of a bummer for a fire enthusiast if you’re looking to set up your fire in a unique way. As an Eagle Scout, I want to set up a tipi or a log cabin to start my fire. This isn’t the simulator for that, sadly.

Unfortunately for many Windows 10 users, a common bug ruins the whole experience. When trying to start a fire, all the sounds of fire and logs crackling play without a visible flame. This is a Windows 10 compatibility issue, forcing users to make their game compatible with Windows 8.