If you’re looking for a cyberpunk noir tactics game with a gay vibe to it, All Walls Must Fall has you covered. Taking place in the year 2089, where the Cold War never ended, you play as Stasis agent Kai. Currently, in Steam Early Access, All Walls Must Fall wanders through time from club to club, completing missions.

Before jumping onto Steam Early Access, the developer Inbetweengames got the ball rolling by crowdfunding All Walls Must Fall on Kickstarter. Having experience in the industry formerly working at Yager Development, they gave it a go.

The Cold War never ended and you can only imagine that the arms race continued with it. The world now has the ability to travel through time in more ways than one. Leading to unique combat encounters, where the situation is constantly changing. As Kai, missions in Berlin often revolve around killing someone, interrogating someone, or sneaking into a club and acquiring something.

Similar to games like Dishonored or XCOM, the way in which you do that is completely up to you. In one mission, you might flirt with a guard until they decide they like you enough to fight for you. When that drone goes on alert and catches you, that guard you flirted with for only a few seconds might be taking a bullet for you. 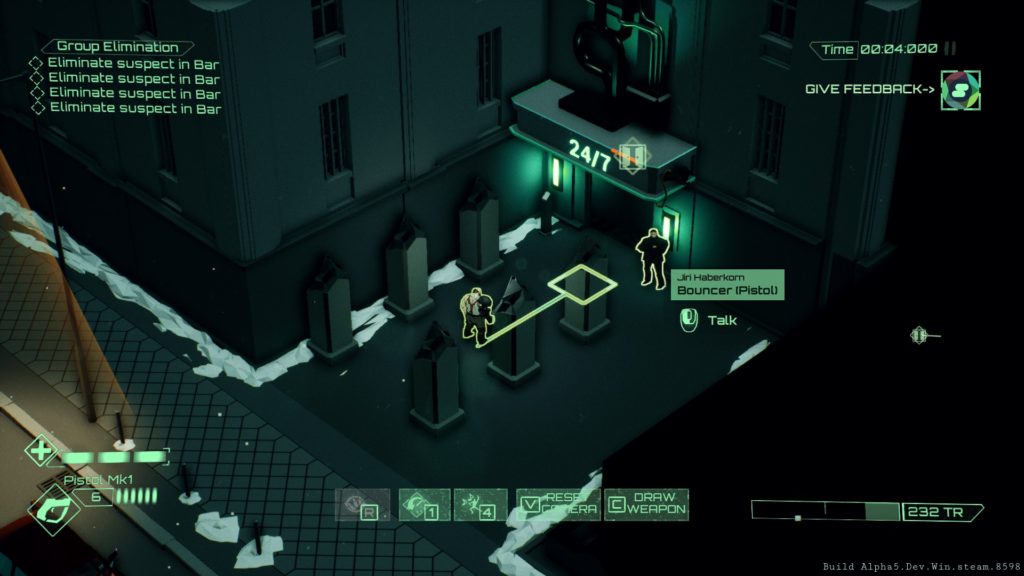 The majority of missions currently in All Walls Must Fall center around a procedurally generated club, starting with a couple of ways in. Each entrance generally has a bouncer at it and that’s where the decision making really begins. Do you pull out your pistol, pop a couple of shots, and run in violent? You certainly can, but is that a smart move? Probably not, but hey, everyone has their own plan.

Alright, maybe you don’t want to run in violent. So you pop on over to the bouncer and open with some dialogue. The bouncer already doesn’t like you, he doesn’t want you here. It seems like a club with high security, and you’re not allowed, you’re some random guy. Through the dialogue options, you can scare the bouncer, flirt with the bouncer, or get them to respect you enough to let you in. Over time, these conversations become easy to maneuver when you’ve learned the options. However, they’re a nice way of solving a situation without brute force. 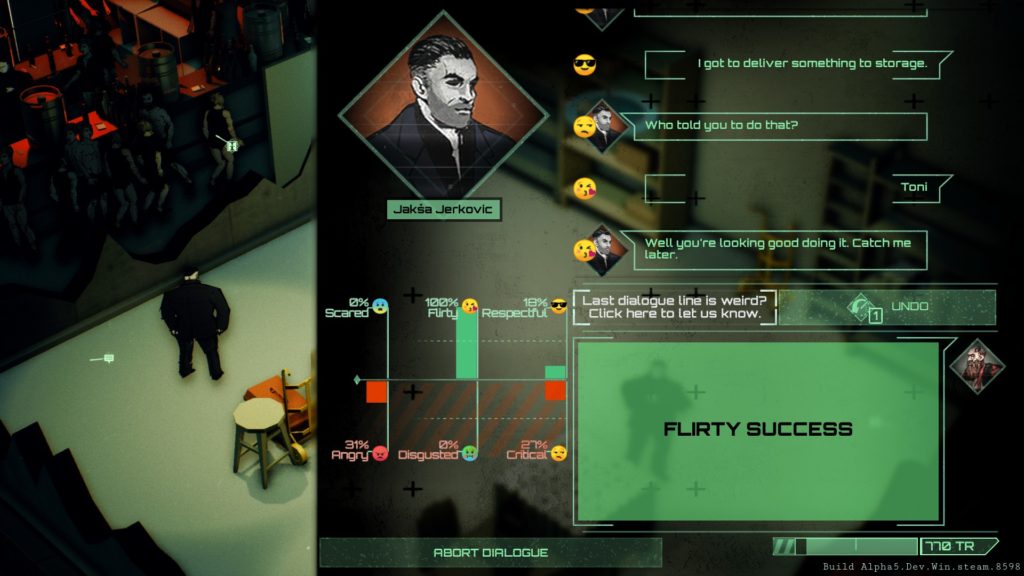 Who knows, you might even get into a dancing battle with someone. All forms of interrogation are valid in All Walls Must Fall! After completing a few missions in Berlin, you’ll start to gather some credits based on how well you do, which leads to upgrading your abilities and armory. This can be upgrading from a pistol to a shotgun or yes, upgrading your pheromones to have a stronger influence in dialogue.

What keeps the game interesting is each mission starts with a limited amount of time resources. This is a resource used to do literally everything. If you want to take a step, that costs a point, any action in combat takes points, hacking open a door, etc. You can upgrade the number of points you start with and gain them during a mission by uncovering new areas. 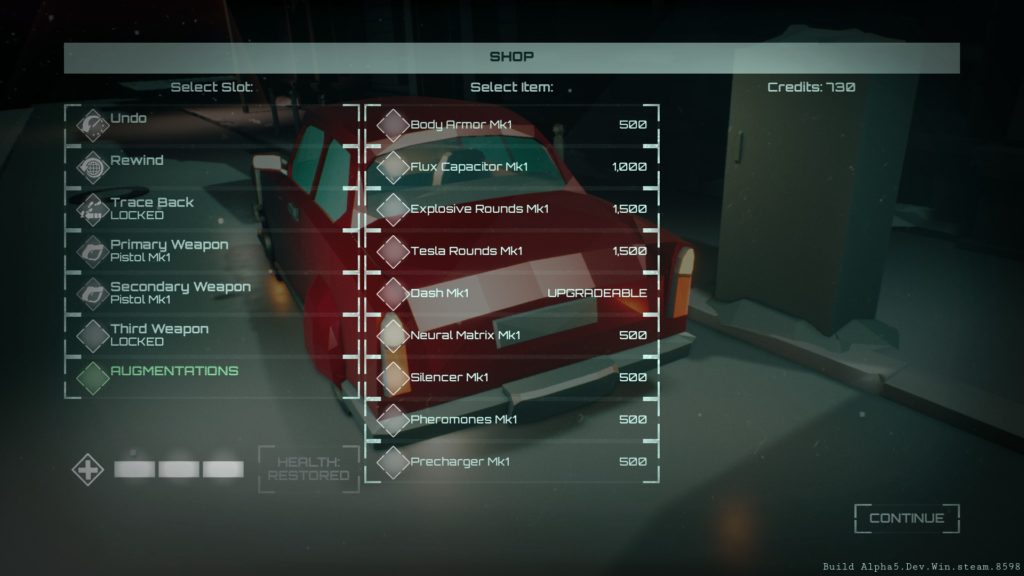 Keeping your time points in mind, you have to decide whether it’s worth hacking that door open and losing a chunk of points or busting it down alerting every guard nearby. The more complex playthroughs tend to use more points, as opposed to going in guns blazing. The way All Walls Must Fall functions is similar to a turn based game but at the same time, SUPERHOT.

If anyone has played SUPERHOT, they’ll understand pretty quickly. Time only moves when you move. If you choose a setting where time passes if you don’t make an action after a certain amount of  time, you’re constantly on the move. This doesn’t let you plan every single decision and keeps a bit of a rhythm going. Inbetweengames promotes All Walls Must Fall as a game with a rhythm, which makes sense based on the music and club setting. If you’re familiar with Crypt of the Necrodancer, which forces the player to play to the beat of the music, you can see that inspiration.

You’re not forced to play to the rhythm, but when you choose the setting to let time pass on its own, the rhythm is constantly flowing. Watching the trailer below gives you a better understanding of it. It doesn’t have smooth movement since it still takes place grid by grid, however, it’s not locked to the rhythm.

The combat itself is rather interesting as it plays quite differently than just wandering about the mission. Each action becomes that much more important when an enemy shoots at you or you shoot at them. There’s time for that bullet to reach its target, meaning you can weave and dodge around your battlefield from cover to cover. Even if you lose a fight, so long as you have time points handy, you can undo/rewind to be back alive. There are abilities that let you fully manipulate time and that’s where it gets fun for a combat-focused player. Inbetweengames makes it so everyone has a unique playthrough regardless of how they want to play.

Something small in All Walls Must Fall that is pretty neat, is how after each combat situation completes, it gets replayed almost as a cutscene. The game switches to a closer camera view, not always great, but often following your actions smoothly. Showing your character dash between walls, popping shots at enemies, looking like a badass. 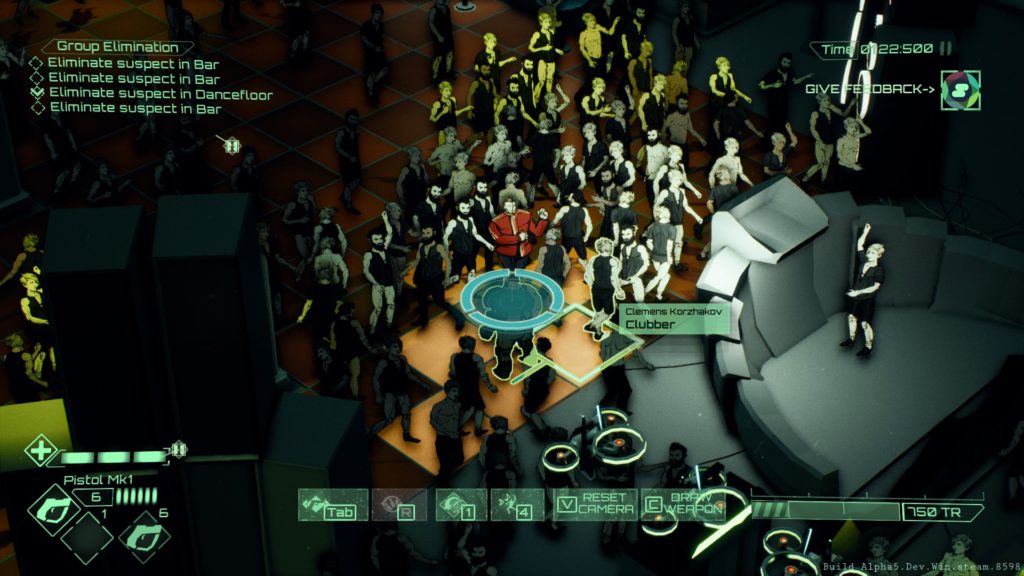 The current content in the game only lasts a few hours, but there is some replay value to it as everything is procedural. The missions are still going to run the same, from the simple kill this guy, interrogate that guy. However, you’ll still have new floor plans to explore with drones and guards in places you may not expect. There’s also a daily challenge that runs with a leaderboard, letting you compete against others and friends.

My only criticisms so far are pretty few, it feels like the story isn’t too much of a focus. Which isn’t the worst thing. However, I only got the impression that there’s a bad guy doing bad things, and I’m investigating it. You get thrown right into the game with someone or something talking to you throughout the game telling you what to do as each mission starts. Often with your own character Kai being just as confused as you are on why you’re doing this. 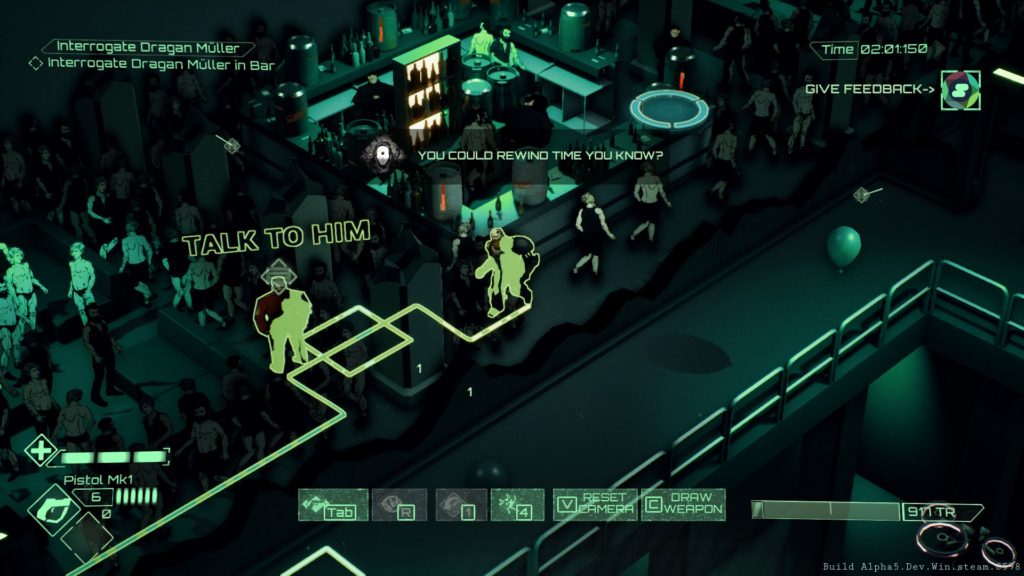 It makes me think Inbetweengames isn’t going for a strong story, as your own character doesn’t even know what’s going on. Perhaps that’s part of their intention, for maybe the plot to open up as you play. Currently, the story is a bit lacking.

All Walls Must Fall is worth keeping an eye on, Inbetweengames reached their goal for it in April earlier this year. Since then they have released monthly updates adding new content. Some of which was discussed in this preview like the new weapon and ability upgrades (shown above). It’s currently available on Steam for $7.49, 50% off (normally $14.99).